In an attempt to move beyond ad banners, Ad Age reports that Zynga has come up with a new way to monetise its expensive new baby, Draw Something:  Have users draw brand-related terms.The National Hockey League is the first advertiser to embrace the new platform. Users are usually given three random options of words to draw. The NHL has bought hockey-related terms like hat trick, slap shot, and Zamboni. It has posted pictures that users have generated to its Pinterest page. (That’s right, the NHL has a Pinterest account.)

Zynga’s vp/mobile and general manager told Ad Age that the company tested the idea with other recognisable brand names and, “people loved to draw the Colonel and bags of Doritos.”

But do people love drawing the Colonel so much that they will start signing up for Draw Something again? Since Zynga’s $200 million acquisition of OMGPop, which created Draw Something, daily users have been steadily declining. 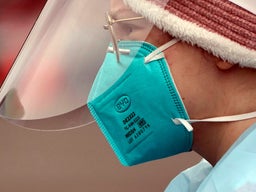