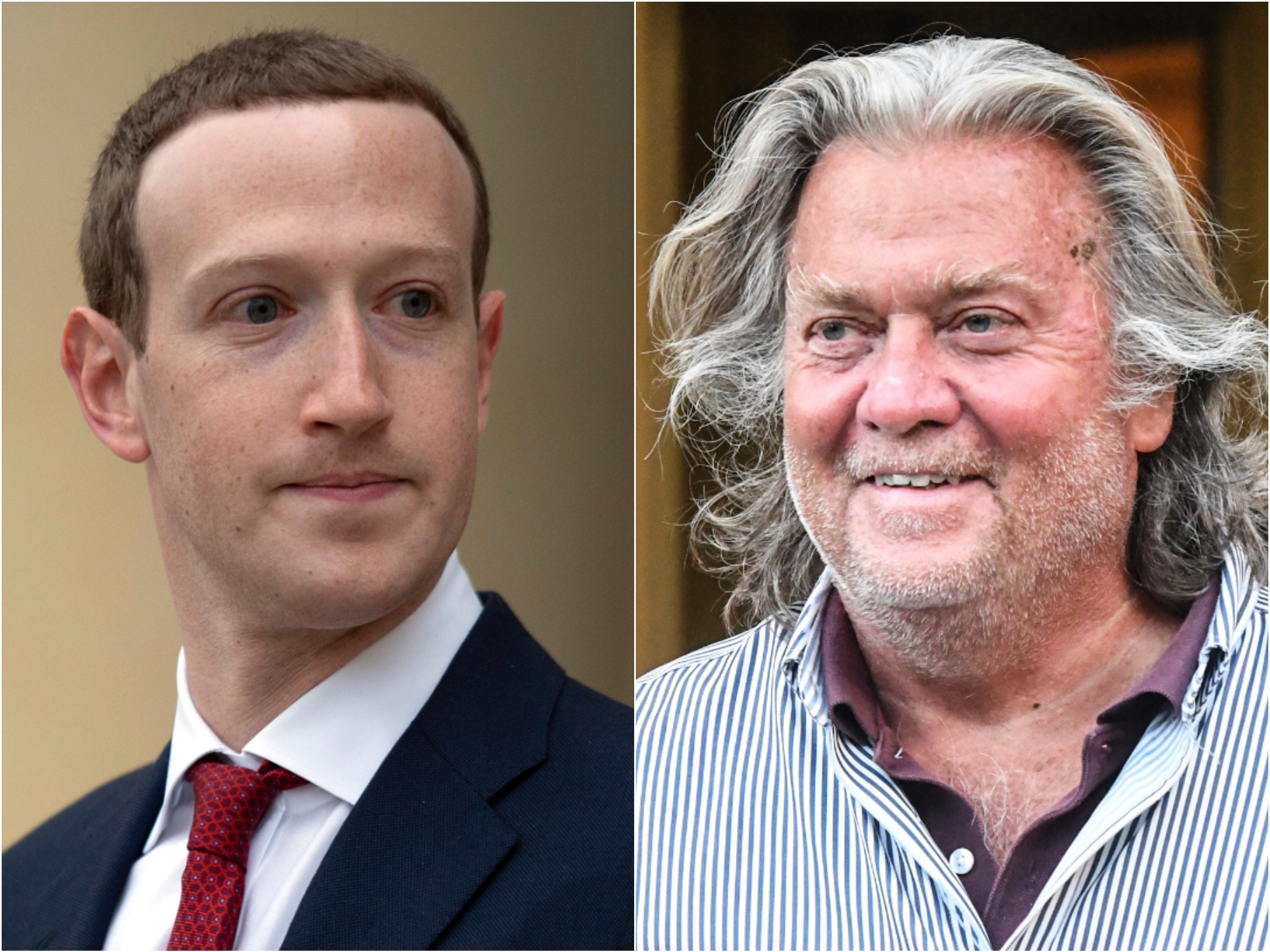 “We have specific rules around how many times you need to violate certain policies before we will deactivate your account completely,” Zuckerberg told employees in an all-hands meeting, according to CNBC, adding. “While the offences here, I think, came close to crossing that line, they clearly did not cross the line.”

Bannon posted a video of his podcast to Facebook, Twitter, and YouTube last week in which he called for violence against FBI Director Christopher Wray and Dr. Anthony Fauci for disagreeing with Trump, saying “I’d put their heads on pikes” outside of the White House as a warning to other federal officials.

Twitter, where Bannon also posted links to the episode, went a step further and completely banned Bannon’s account for violating its policy against making violent threats. Twitter’s policy states the company “will immediately and permanently suspend any account found to be posting violent threats.”

But Facebook has taken a less aggressive and often inconsistent approach to enforcing its policies. The Washington Post reported earlier this month that Facebook exempted Trump’s family and allies from its misinformation rules to avoid accusations of anti-conservative bias.

Zuckerberg’s comments that Bannon has not yet reached Facebook’s threshold for account deletion come just days after the company shut down a network of Steve Bannon-linked pages for spreading election misinformation.

Facebook has taken a variety of steps to limit the spread of election misinformation, and recently extended its ban on political ads, but has still received criticism from multiple corners, including from the incoming Biden administration.