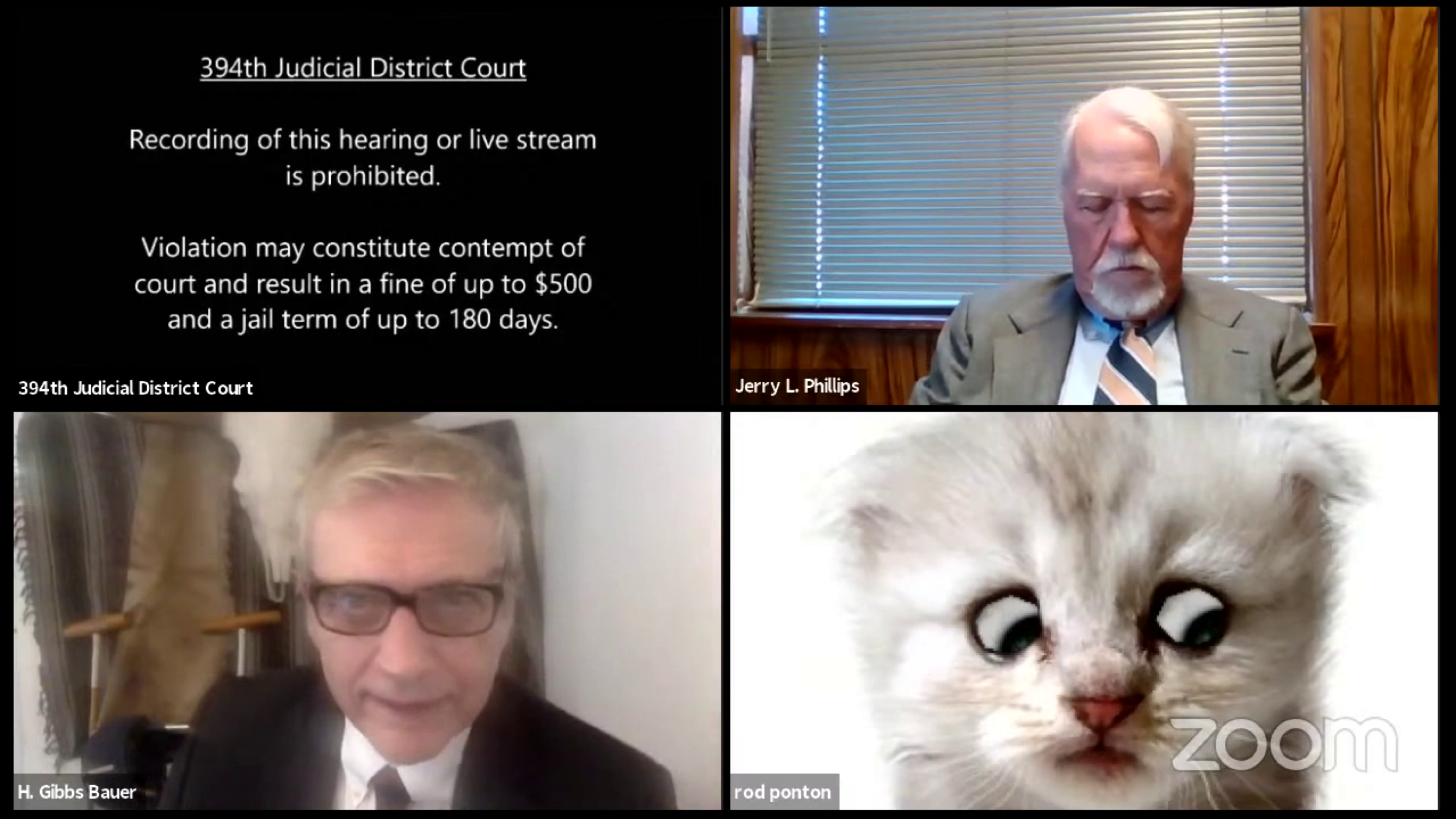 Rod Ponton, the Texas lawyer who made headlines last week for accidentally using a cat filter during a virtual court appearance, now wants to cash in on his 15 minutes of fame.

Ponton told TMZ on Monday that he was initially embarrassed by the national attention over his snafu, but now he’s gotten over it and wants to start selling merchandise.

“They’re already selling T-shirts on the web and mugs and everything else, and we’re going to try to catch up with that,” Ponton told the outlet.

He also told TMZ that he’s been getting requests to give talks on how to stay professional on Zoom.

Ponton previously told Motherboard that the cat filter was due to his borrowing a secretary’s computer.

But Ponton has a controversial past.

While serving as the Brewster County District Attorney in 2014, Ponton signed off on a search warrant targeting a smoke shop owned by an alleged former lover, Ilana Lipsen, for suspected possession of illegal synthetic marijuana.

Lipsen told Reason that she had a brief sexual relationship with Ponton when she was a college student in the early 2000s, and that he harassed her for years after their fling ended.

Lipsen, her mother, and sister were arrested after the raid. Lipsen eventually pleaded guilty to first-degree felony manufacturing and possession of a controlled substance, even though the substances in question â€” chemicals found in packets from an earlier raidâ€” were not illegal in Texas at the time.

After losing reelection for district attorney in 2018, Ponton went on to serve as the attorney for Alpine City, Texas. But he was fired from his post last year, with one councilmember citing a “significant lack of trust” between Ponton and other city officials, according to The Big Bend Sentinel.