Penguins, gorillas, and an aardvark had a playdate at the Jacksonville Zoo while it was closed to the public While zoos in the US and communities around the world are closed to the public, for the time being, animals are still going about their daily lives – which includes needing to interact with others.

Jacksonville Zoo in Florida set up a “playdate” on Friday with a few of its inhabitants, including Frizz the aardvark and penguins CJ and Sharky, who took a field trip to interact with a group of gorillas through glass, Kelly Rouillard, a Jacksonville Zoo representative, told Insider.

“Our animals miss interacting with visitors,” Rouillard said. “To help with this and as part of their enrichment, we introduced animals who would not normally see each other in the wild.” 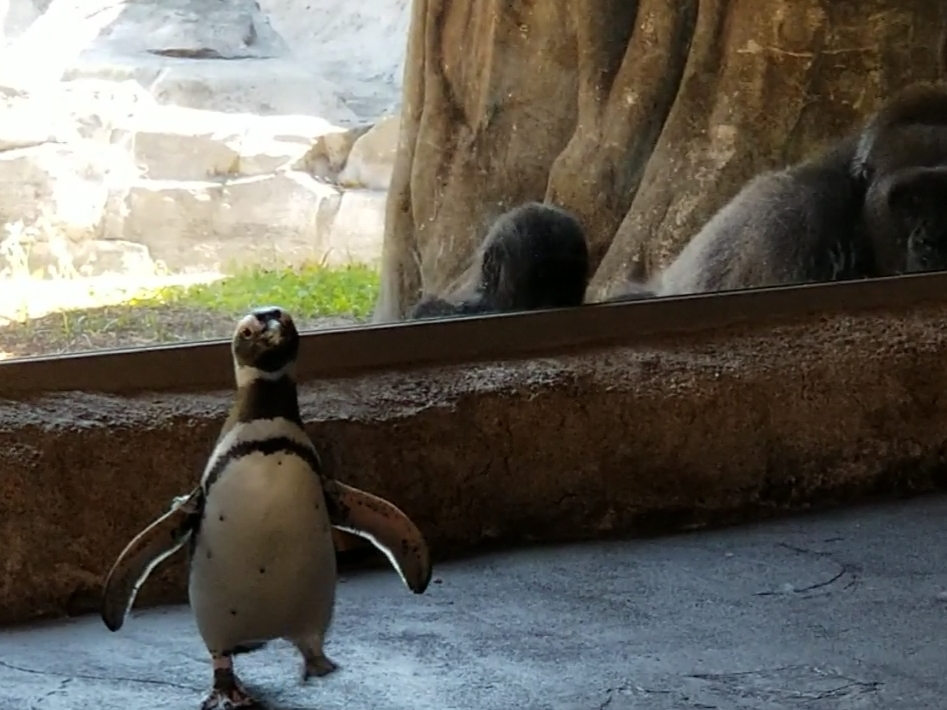 Jacksonville ZooRouillard explained that the gorillas were not used to seeing penguins and the zoo’s aardvark.

Dan Maloney, the zoo’s deputy director for animal care and conservation, told Jacksonville local news network Channel 4 reported that the aardvark and penguins are not usually in an area near the gorillas and monkeys, so it was a rare occasion for all of the animals.

“They were definitely interested,” Maloney said of the gorillas spotting Frizz the aardvark. “They don’t typically see an aardvark in this area.” 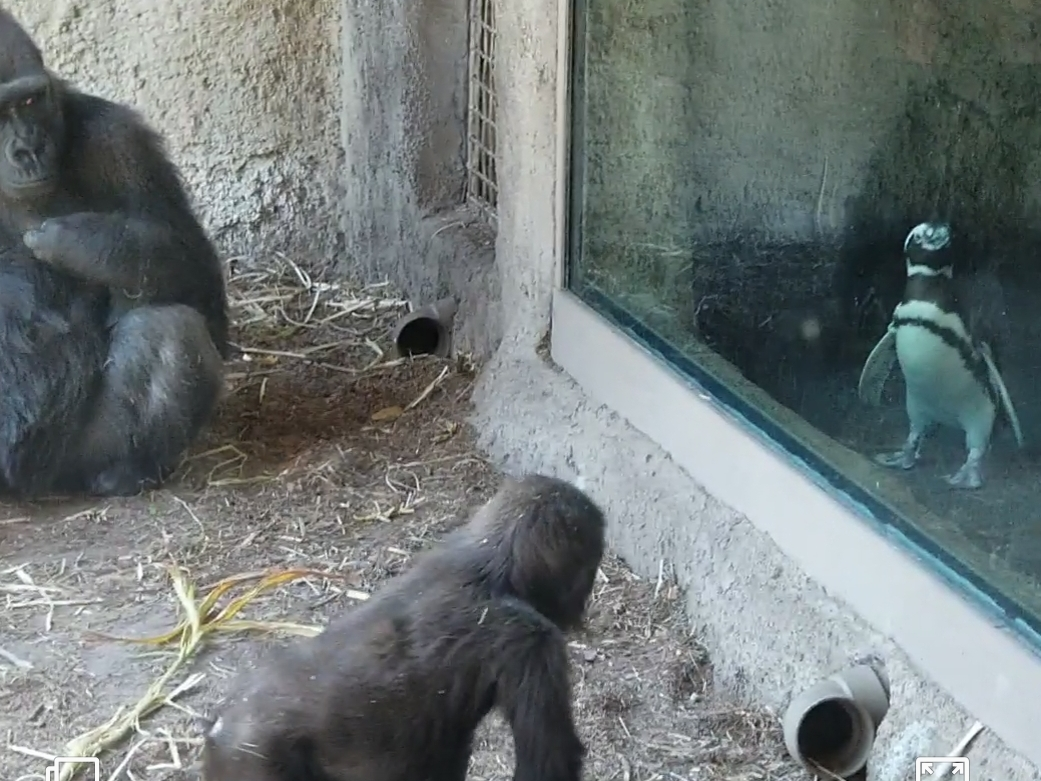 Jacksonville Zoo has been keeping the public engaged by sharing its animals’ whereabouts, such as otters Sarave and Buddy playing in their habitat, and warthogs Chico and Julio noshing on palm leaves.

Before we slide into the weekend, here's a quick check in with giant river otter Sarave, Buddy, and their four pups. #BringingTheZooToYou #ClosedButStillCaring pic.twitter.com/abzIwBqfxI

Today warthogs Chico and Julio are enjoying palm fronds in their favorite open-air dining area… it's a not-so-hidden gem in our Africa Loop.

Jacksonville Zoo has also set up a live-stream of its Sumatran tigers as another way to keep animal-lovers connected while they can’t visit the zoo.

“We’re trying to preserve some kind of normalcy, not only for the animals but for our guests, our members, our patrons,” Maloney told Channel 4.

Other zoos have been documenting similar animal encounters to lift spirits.

For example, at a Belgium zoo, orangutans and otters are becoming unlikely companions and sharing adorable moments of friendship, and at the Shedd Aquarium in Chicago, penguins got to interact with Beluga whales, and photos and videos of the interaction have captured the hearts of animal-lovers everywhere.