A complete timeline of Zendaya and Jacob Elordi's friendship 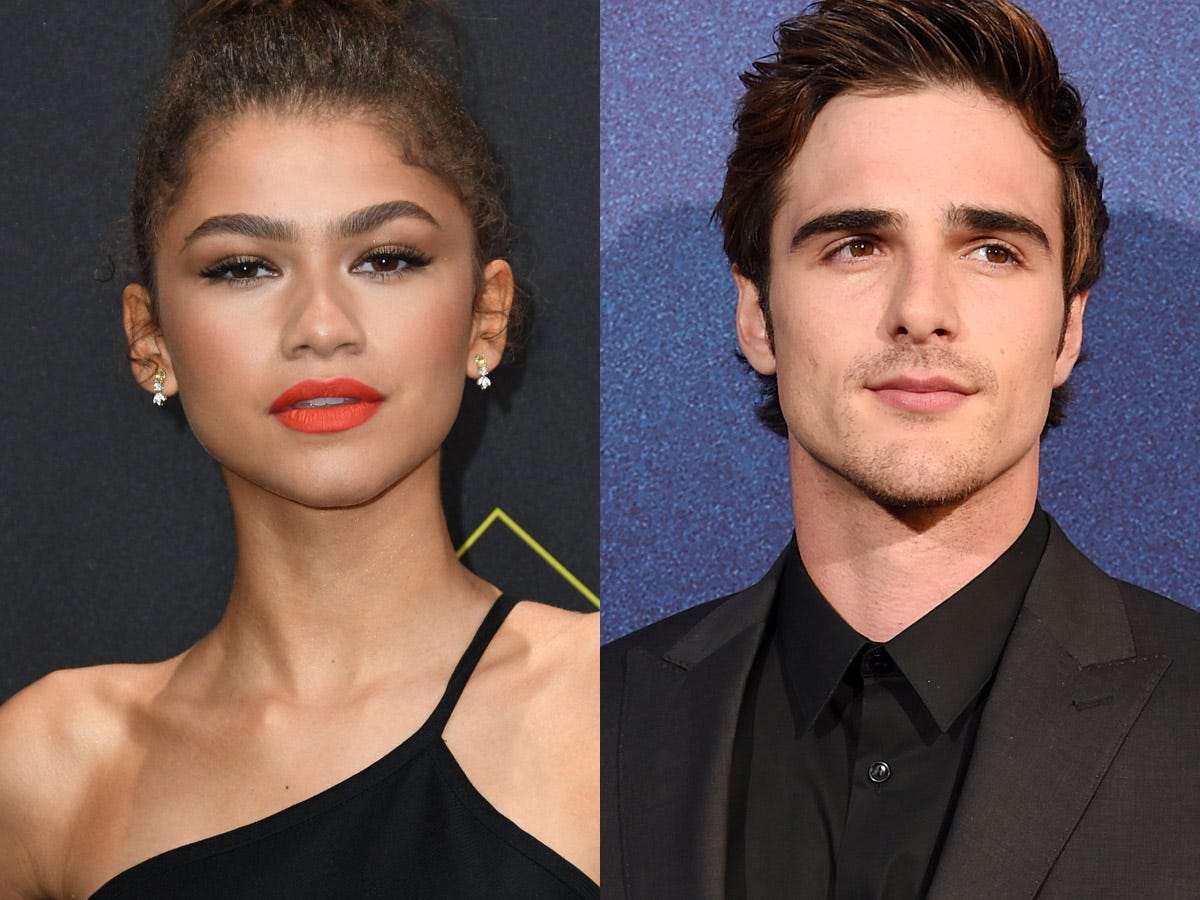 Birdie Thompson/AdMedia /MediaPunch/IPX and and Chris Pizzello/Invision/APZendaya at the 2019 People’s Choice Awards and Jacob Elordi at the season one premiere of ‘Euphoria.’

Long before landing her Emmy-winning role as Rue on the gritty HBO teen drama, Zendaya rose to fame as a Disney Channel star. She’s now known for her bold style and currently starring as MJ in the Marvel Cinematic Universe.

Meanwhile, Elordi’s breakout role came in 2018 when he starred in the Netflix rom-com “The Kissing Booth.” With his role as Nate on “Euphoria,” the Australia native is showing a different side of his acting ability.

Fans long suspected that the two stars were in a romantic relationship, especially after they were photographed kissing in New York City in February 2020. By September, they appeared to have called it quits and Elordi was spotted holding hands with model Kaia Gerber.

Here’s a complete timeline of Zendaya and Elordi’s friendship.

June 4, 2019: Zendaya and Elordi posed together at the “Euphoria” red carpet premiere. 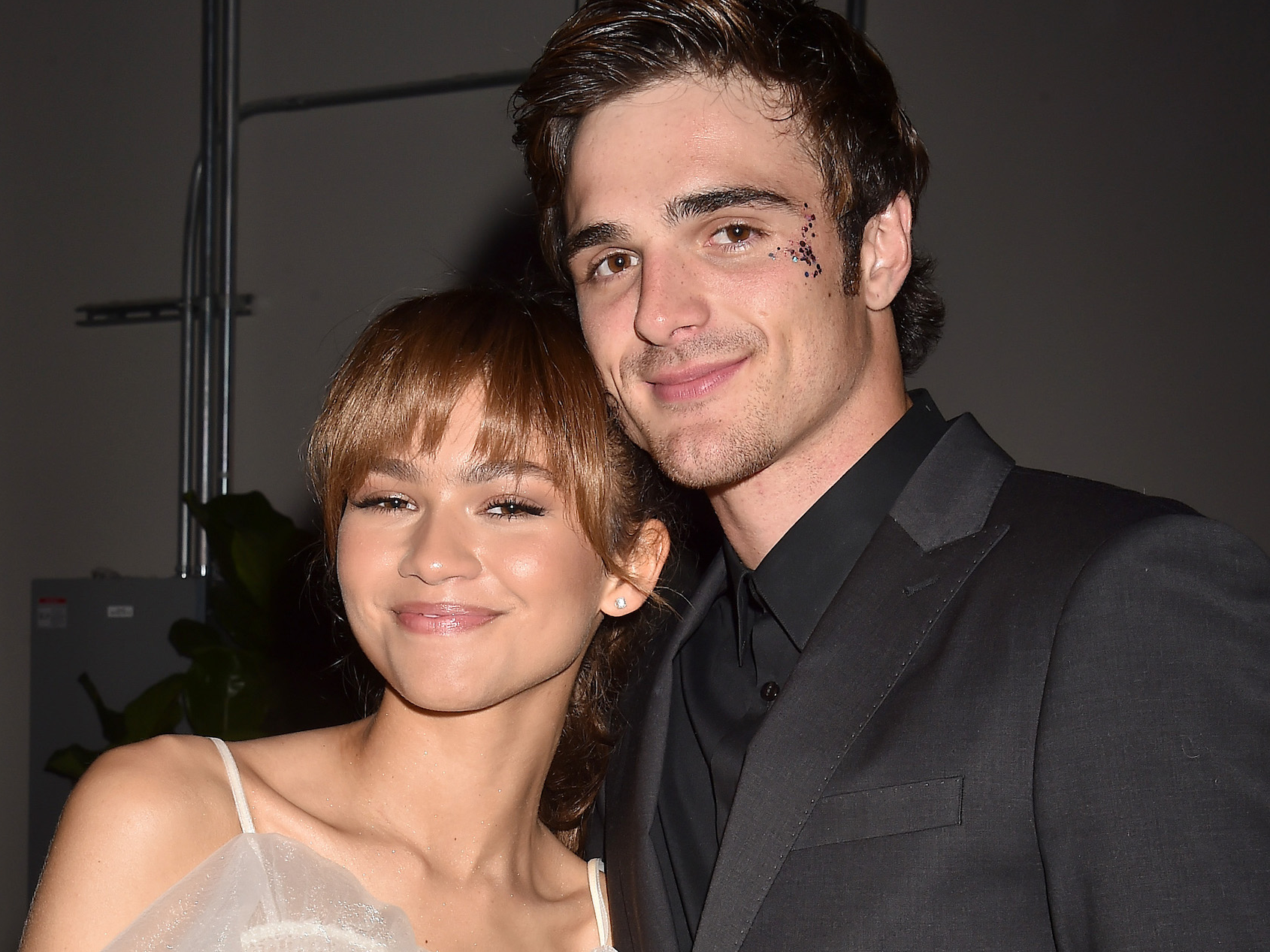 FilmMagic/FilmMagicZendaya and Jacob Elordi in June 2019.

The premiere was held in Los Angeles. The pair took photos on the carpet with their costars, but were also photographed elsewhere at the event. 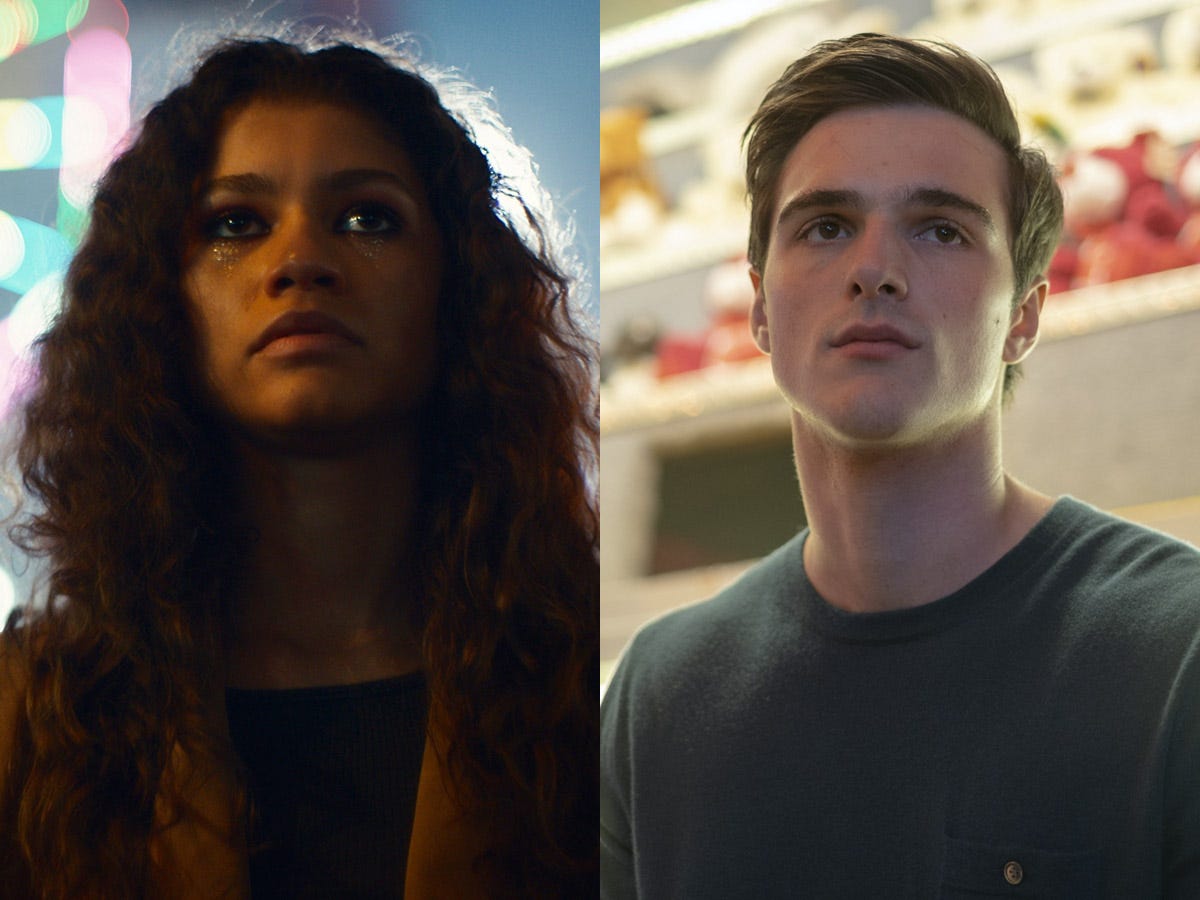 HBOZendaya and Jacob Elordi on ‘Euphoria.’

“Euphoria” includes racy depictions of sex, nudity, violence, and drug use and is largely based on creator Sam Levinson’s own experiences.

Zendaya stars as Rue Bennett, the protagonist who struggles after leaving rehab at the start of the series. Elordi portrays an aggressive and abusive jock named Nate.

Season one was comprised of eight episodes and the show got renewed for a second season in July, weeks before the finale aired.

August 2019: Zendaya and Elordi were seen vacationing in Greece together. 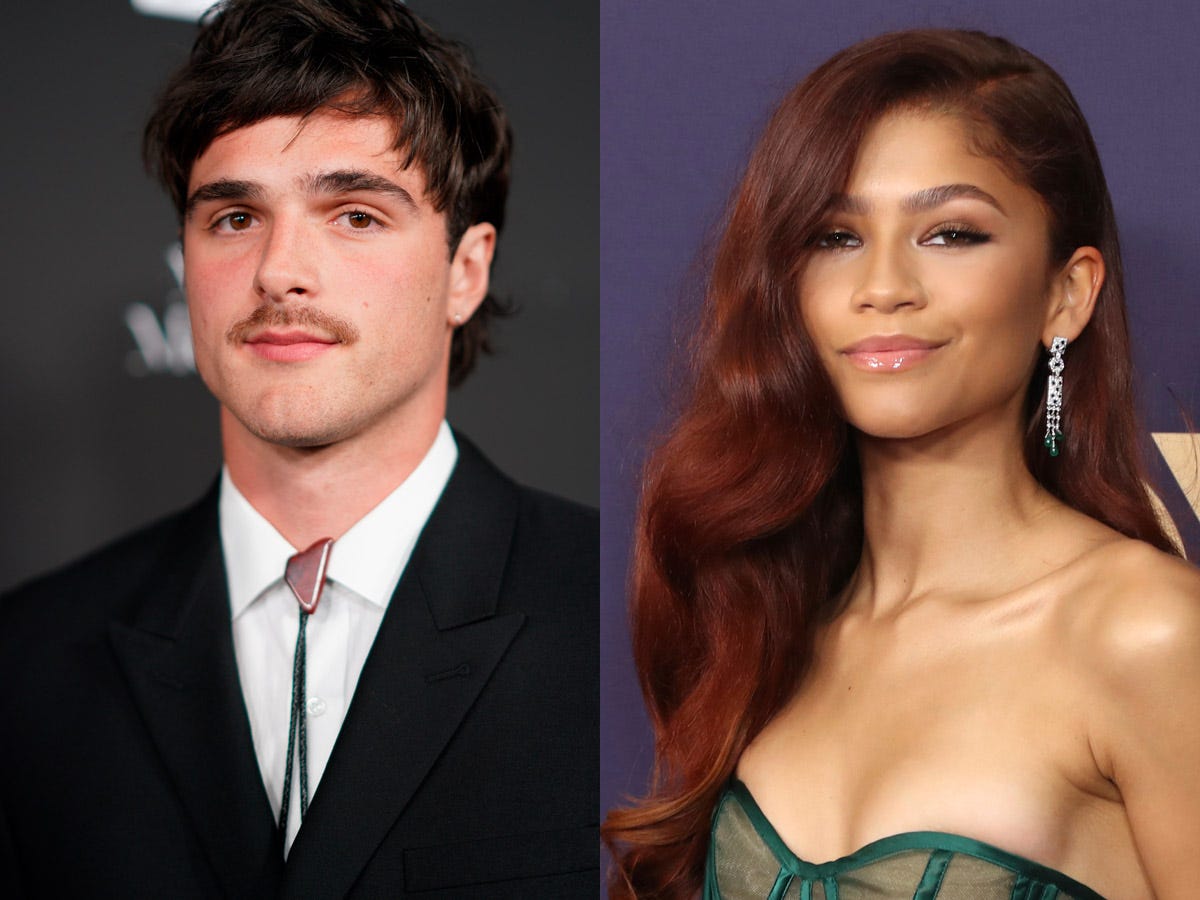 Tony Forte/MediaPunch/IPX and Willy Sanjuan/Invision for the Television Academy/APJacob Elordi in January 2019 and Zendaya in September 2019.

People noticed them in the background of a tourist’s photo taken at the Acropolis of Athens. This is when fans began suspecting that the pair were dating.

October 2019: Us Weekly reported that they were seen on a movie date. 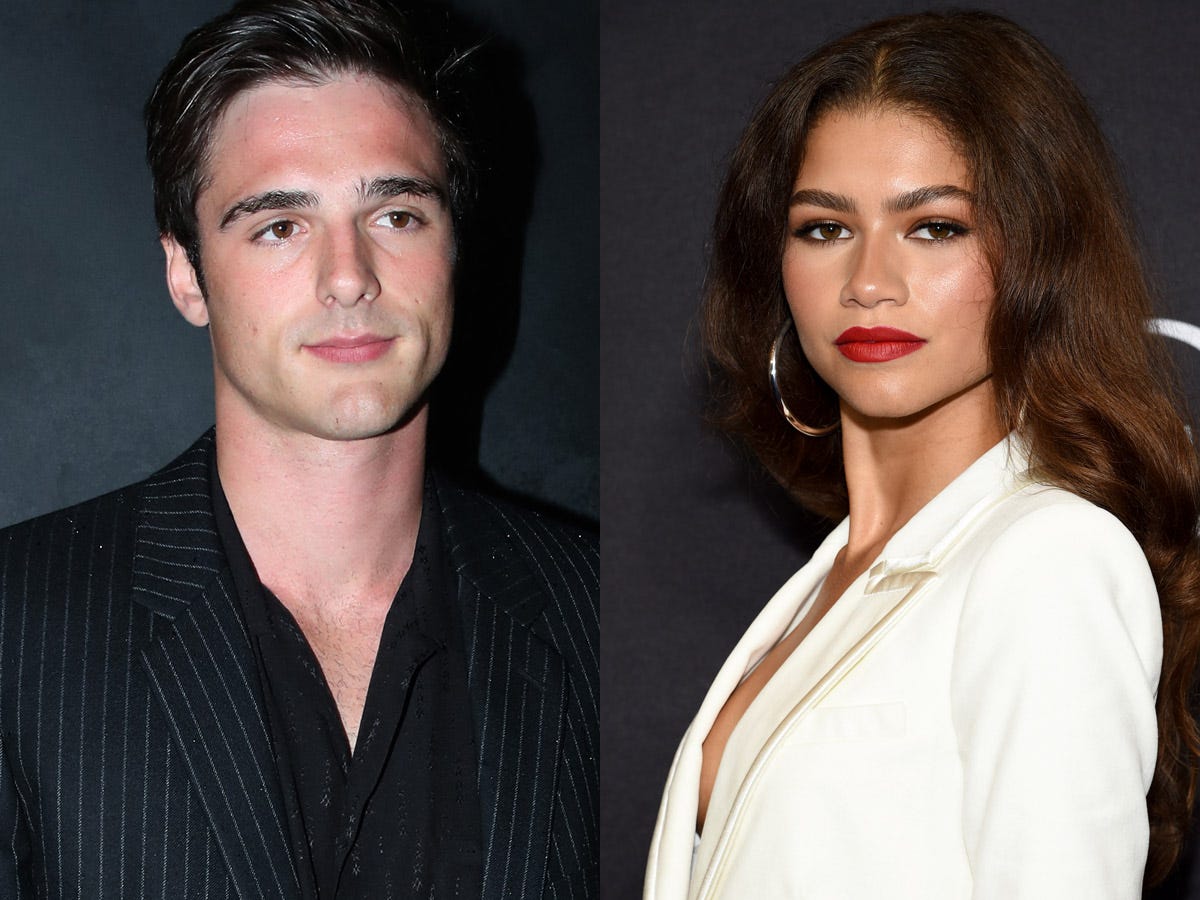 They went to see a movie at Sherman Oaks Galleria, Us Weekly reported.

An onlooker told the publication that “it was just the two of them out together.”

November 28, 2019: Both stars were present and received awards at the GQ Men of the Year Awards in Sydney, Australia. 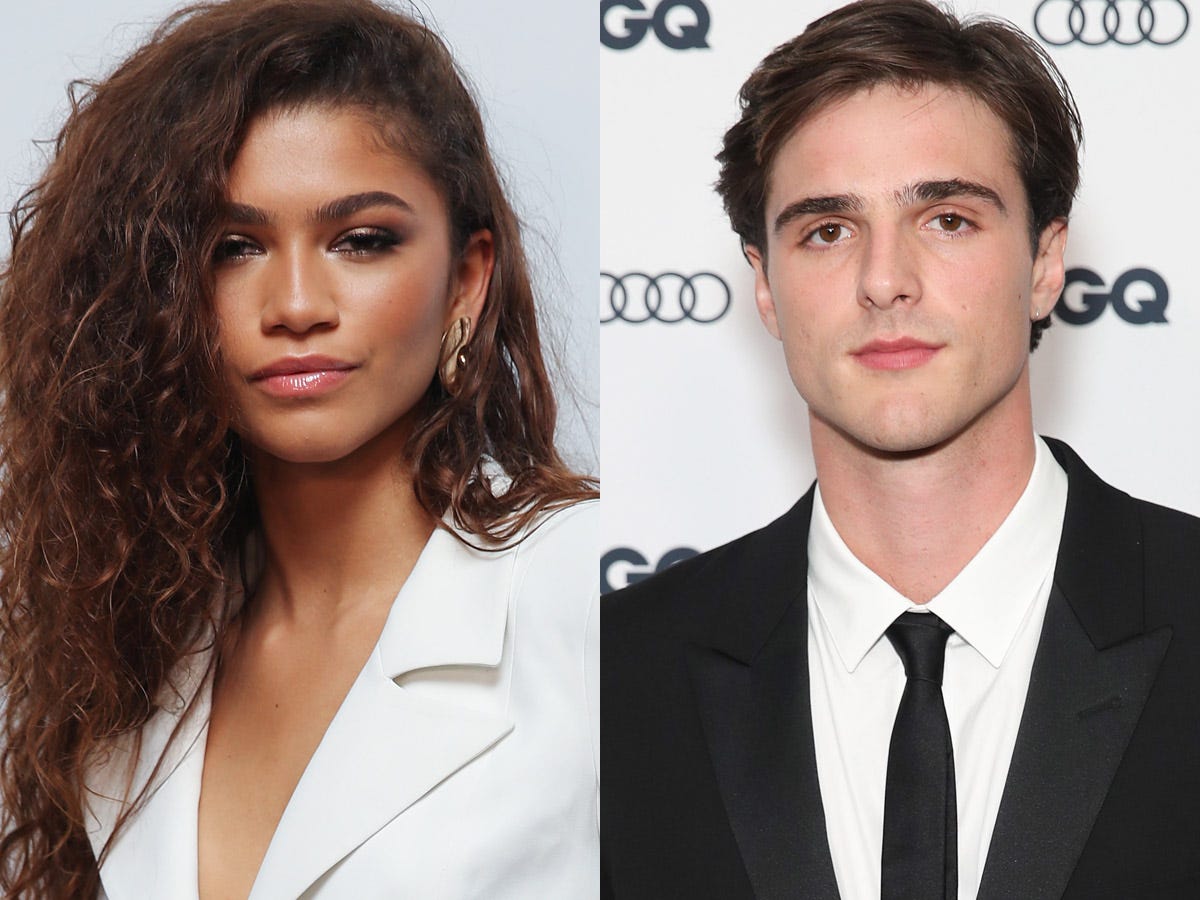 November 2019: In an interview with GQ Australia, Elordi said that Zendaya is “like my sister.” 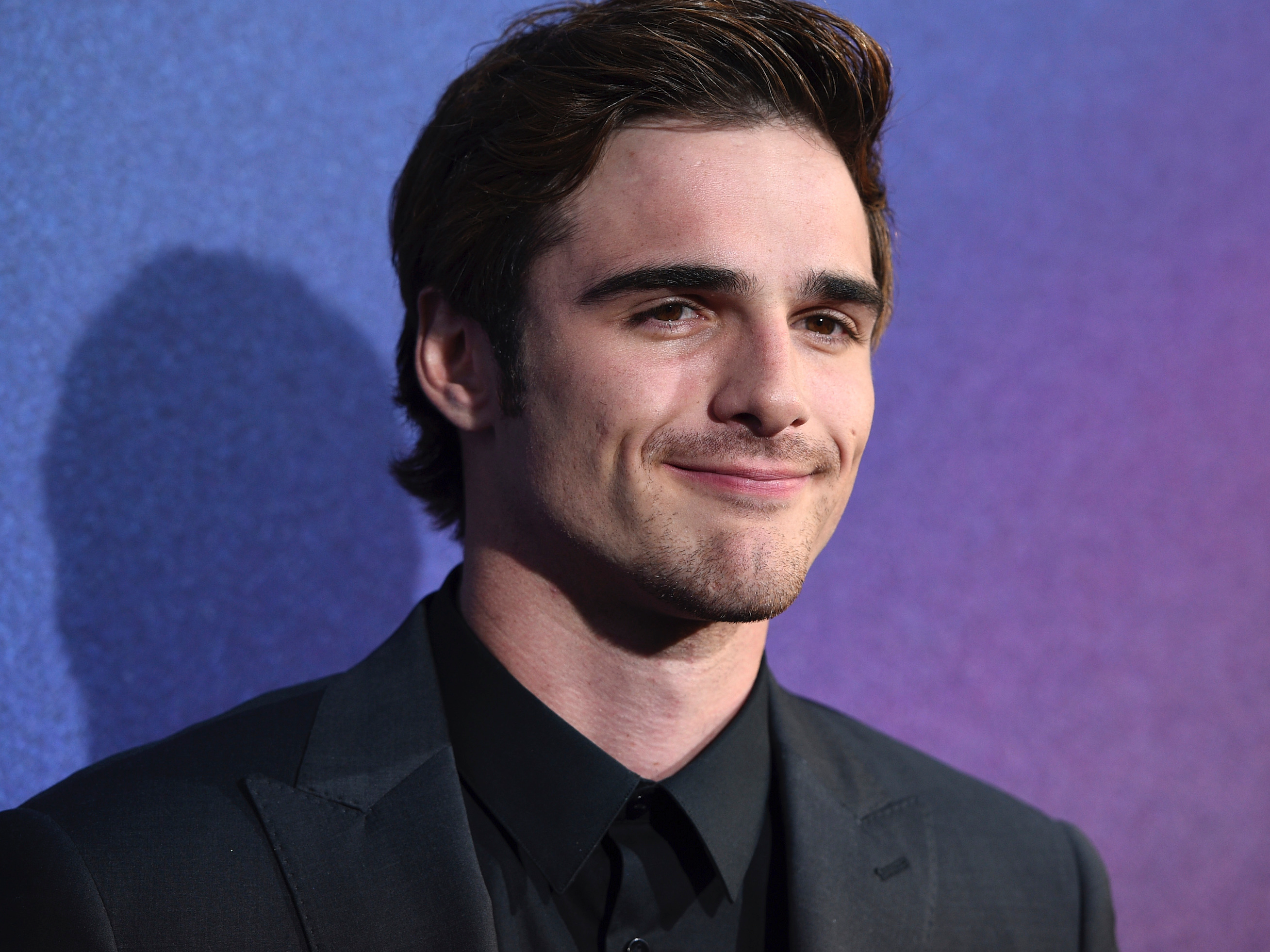 “Zendaya is an amazing creative, you know?” the actor told the publication. “She’s super dope to work with. She’s an incredible artist and a very caring person to all of us.”

Elordi went on to say that the whole cast of “Euphoria” is “really close” and they spend a lot of time together while filming.

He previously told The Hollywood Reporter that they spent almost a year filming the first season. 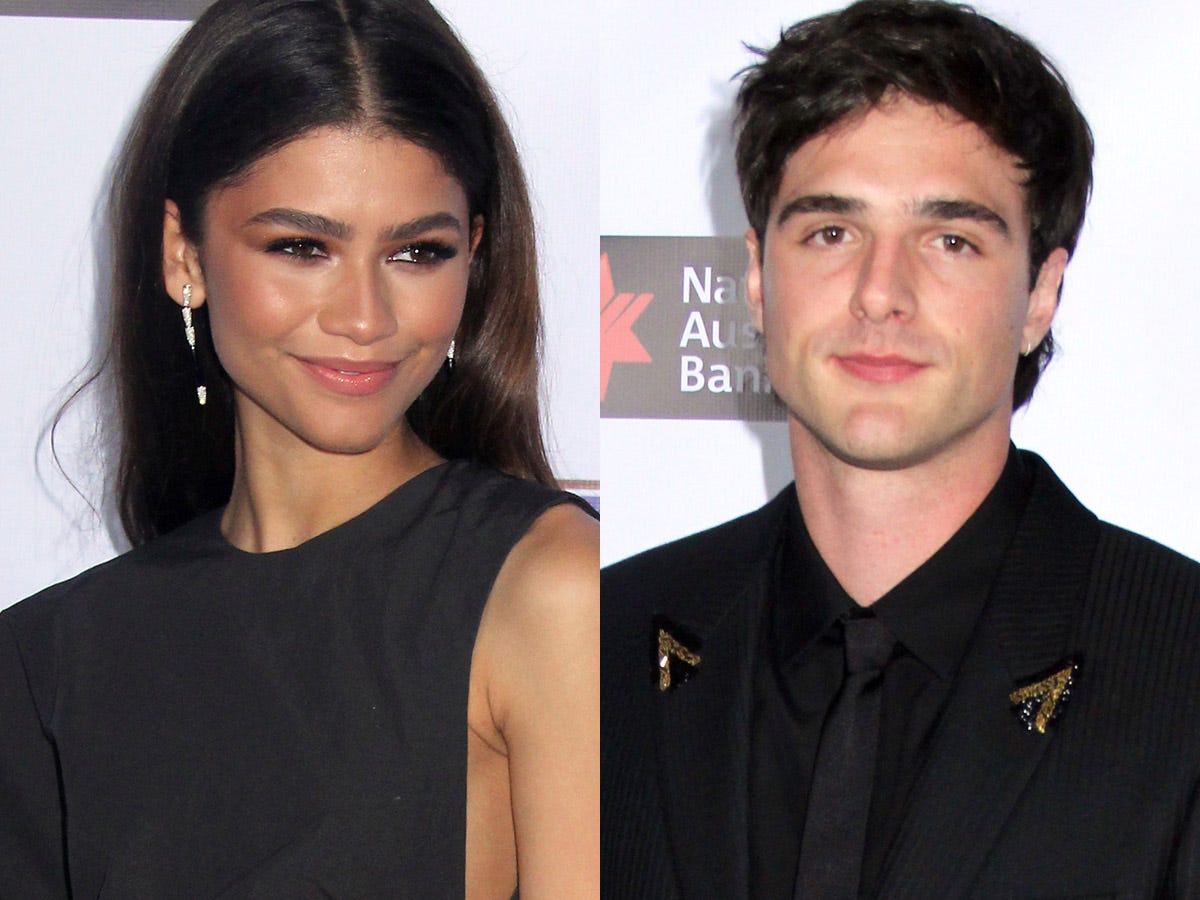 They posed separately on the red carpet and “E! News” reported that Zendaya made the kind comment about her costar while presenting him with the AAA Rising Star Award.

Days later, they strolled around New York City and paparazzi caught them kissing. 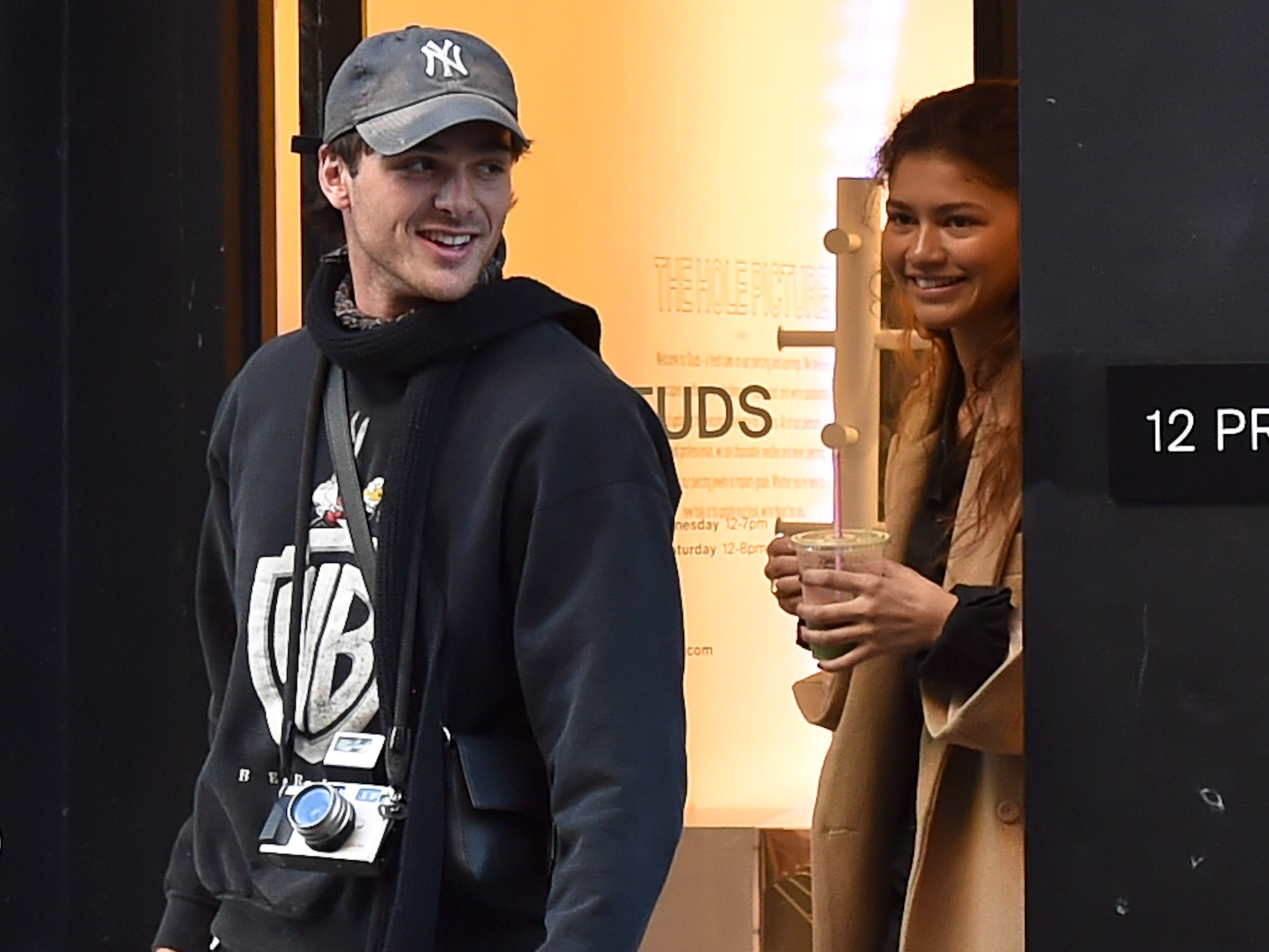 At one point, Zendaya and Elordi sat at a bench and he appeared to be whispering in her ear or kissing her head. Elsewhere, they posed for a selfie taken on Zendaya’s phone.

Another image showed Elordi’s arm around the actress as they kissed. According to a source that spoke to “E! News,” the stars had “been seeing each other for months now” and became “inseparable” over the summer.

February 4, 2020: They were photographed exiting the stage door of the Music Box Theatre in New York City, after seeing “Dear Evan Hansen” on Broadway. 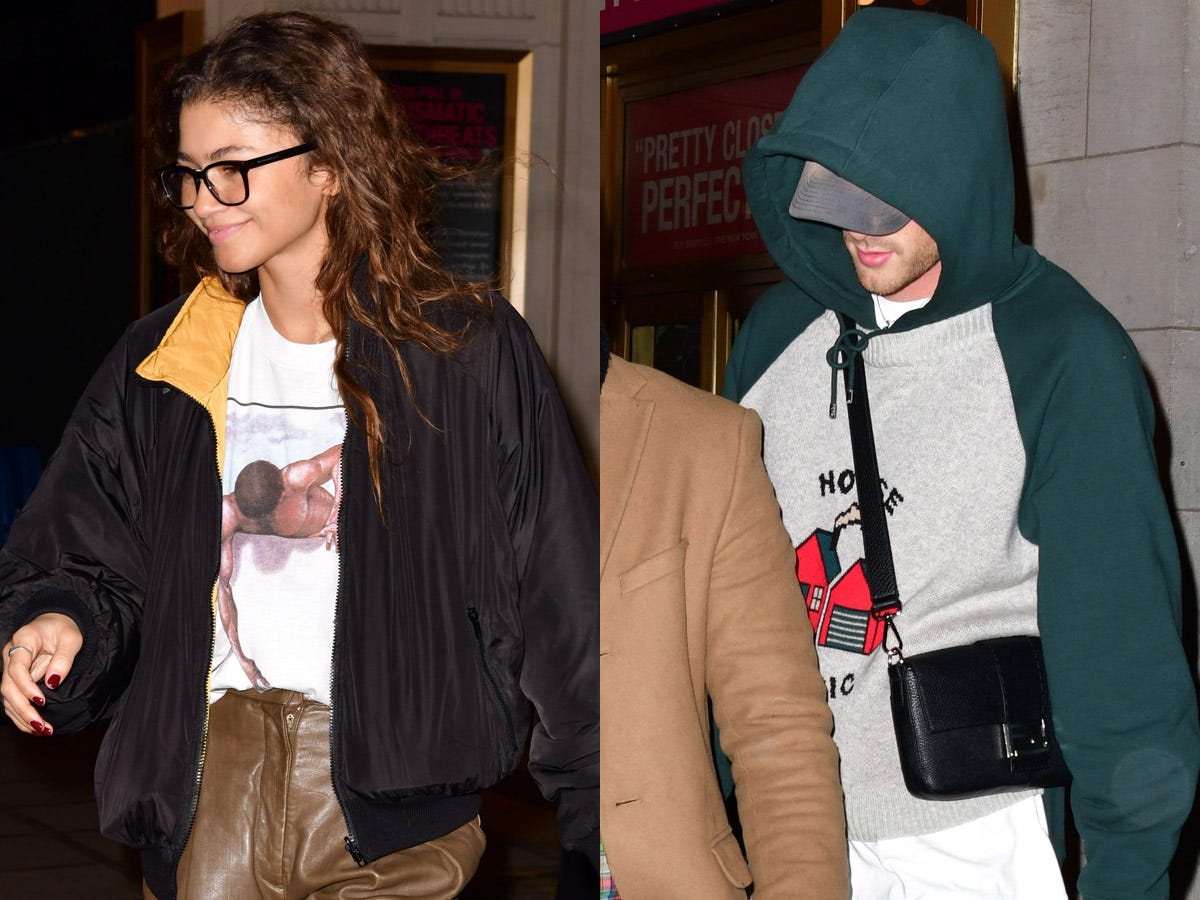 At the time, fellow Disney Channel star Jordan Fisher was starring as the titular character.

Zendaya was more recognisable in her attire, while Elordi was dressed more incognito with a cap and hoodie concealing part of his face.

A source told People that they were “cuddling up in their seats” during the show.

September 2020: Zendaya and Elordi seemingly ended their relationship and the Australian actor was photographed holding hands with Kaia Gerber. 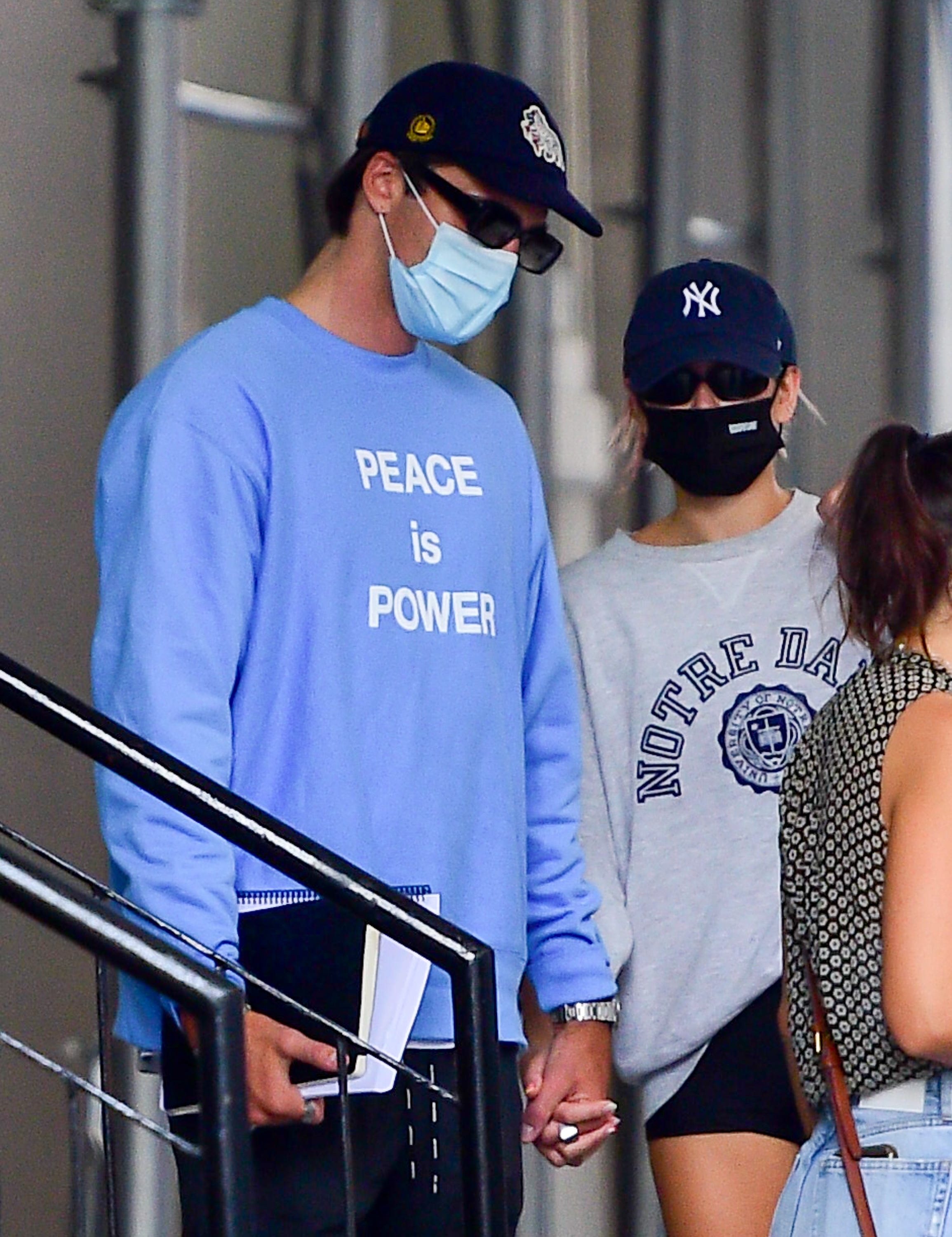 The last time Zendaya and Elordi were photographed together was at a Los Angeles flea market in March 2020.

On September 1 (which happens to be Zendaya’s birthday), Elordi and Gerber were seen getting dinner together at Nobu in Malibu, California.

In the days since then, the two stars have been photographed holding hands while walking around NYC and vacationing in Mexico with Gerber’s parents, per People.