Zac Efron won over millions of young fans after starring as Troy Bolton in Disney’s hit franchise “High School Musical.” Since then, he’s taken on other roles that show off his musicality (like “Hairspray” and “The Greatest Showman”).

Efron gives fans a glimpse of his life through his Instagram and Twitter accounts (which have a combined total of more than 55 million followers), but there are still some things about him that fans might not be aware of.

Here are 10 things you probably didn’t know about Efron.

He had a crush on Tyra Banks as a child, and put a photo of her on his bedroom wall.

“I stole my mum’s Victoria’s Secret [magazine], cut a page out, and had it on the wall,”Efron told Ellen DeGeneres on her show. “That’s embarrassing.”

Taylor Swift taught Efron how to play the guitar.

The “Lorax” costars showed off their skills on “The Ellen DeGeneres Show” in 2012 with an improvised version of Foster the People’s “Pumped Up Kicks” that included lyrics about the talk show host.

“I got my first guitar lesson from Taylor,” Efron explained.

“He’s really good at it, for like, one lesson,” the singer added. “It’s really great.”

Read more: 41 photos that show how Taylor Swift’s style has evolved through the years

He’s a big fan of “Stranger Things” and wants to guest-star on the show.

Efron has gushed over the Netflix show in interviews, and he’s especially a fan of Millie Bobby Brown’s work as Eleven. After meeting the young star at the 2017 MTV Movie and TV Awards and presenting her with the trophy for best actor in a show, Efron admitted that he “fanboyed” over the experience.

If Efron wasn’t acting, he’d probably be a chef.

During a round of 73 questions with Vogue, the actor revealed his alternate career path. Efron is so passionate about food that he was tapped to host and produce a still-untitled cooking and travel documentary for MTV.

His favourite show to binge watch is “Game of Thrones.”

Like many celebrities, Efron is obsessed with “GoT,” and posed on the iron throne to prove it.

He rode a wild tiger shark in Hawaii.

Considering that the star has gone skydiving before, it’s not entirely surprising that he engaged in a risky outdoor activity. While filming the comedy “Mike and Dave Need Wedding Dates” in Hawaii, Efron and costar Adam Devine went on a shark dive with professionals.

During an appearance on NBC’s “Tonight Show Starring Jimmy Fallon,” Efron explained that they went diving at 4:30 a.m. and there were plenty of sharks in the water. He wasn’t concerned until he noticed several of them immediately swim away, indicating that a larger predator was nearby.

The actor went on to say that a 14-foot long tiger shark started swimming directly toward him.

“I held my breath, I crossed my arms and I let the shark know that I wasn’t prey,” Efron told Fallon. “I stared into its eyes – I’m not joking.”

As the shark swam past him, Efron spontaneously made the decision to grab onto its fin and ride “all the way back to the boat” where everyone else was taking shelter.

He owns an album of Celine Dion’s greatest hits.

Efron told Vogue that he owns her other albums, too.

Efron broke his hand while filming a fight scene with Seth Rogen in “Neighbours.”

“We were in the middle of a fight scene, and there’s this part where he pushes me into a fireplace and I hit my head and afterwards I get furious,” Efron explained to Yahoo. “At one point I hit my hand really hard on the wall or the floor, I can’t really recall, but I knew my hand was broken instantly.”

Rather than stop filming and get his hand checked out, he kept going, which he said “made it worse.”

When he finally got to the hospital later, he had a metal plate put in his hand.

He once joined Tinder, but nobody swiped right.

According to The Times, Efron said: “Amazingly, when I signed up for Tinder, nobody swiped me! They thought [my profile] was fake.”

His biggest regret is not going to college.

In a round of rapid fire questions with Women’s Health magazine, Efron mentioned missing out on the college experience. He actually got accepted to the University of Southern California, but deferred because his career was gaining traction. 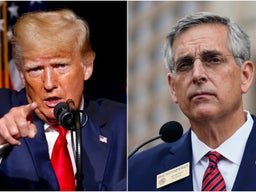