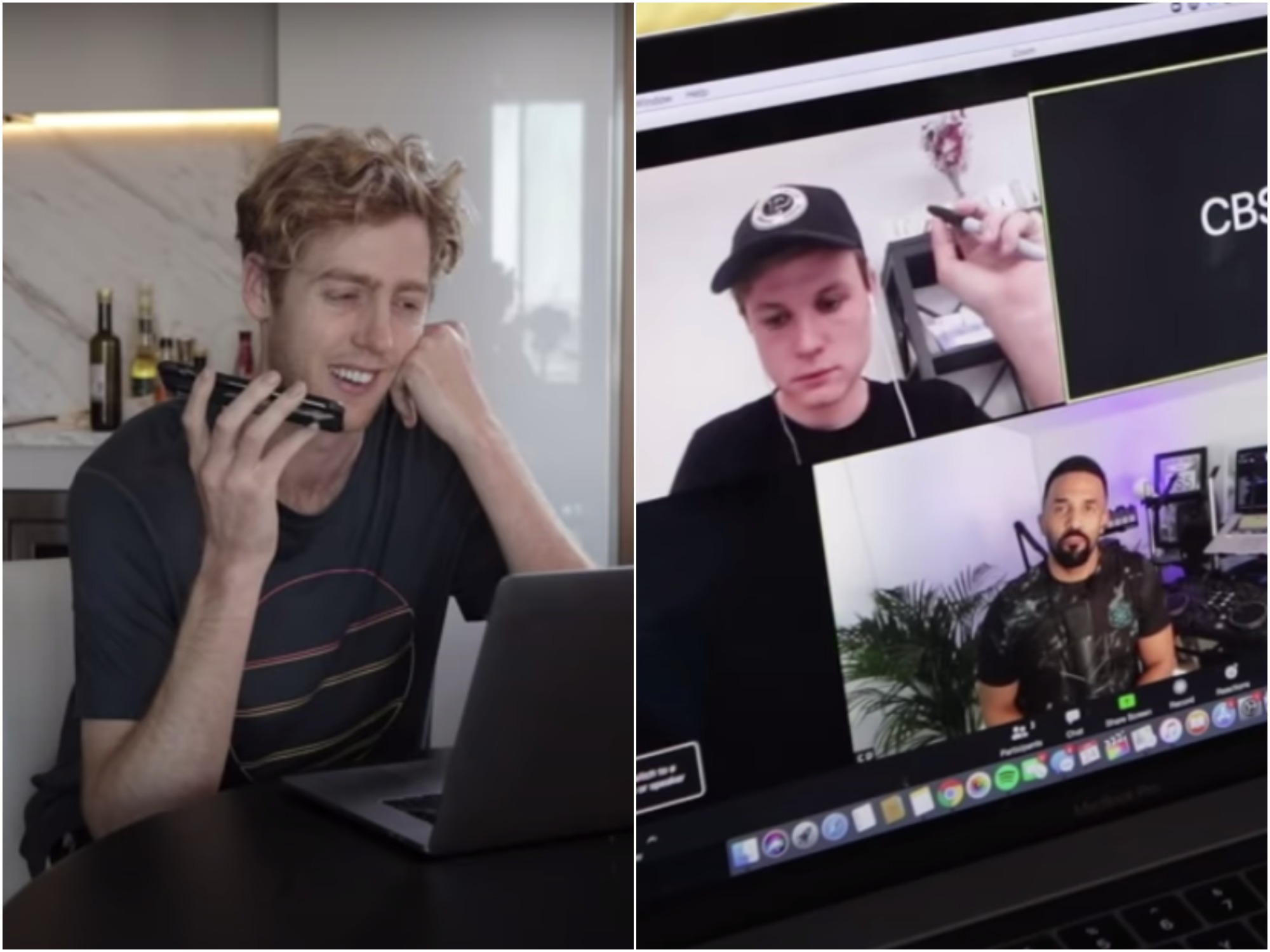 YouTuber Josh Pieters has had to be inventive when coming up with his social experiments during lockdown in the UK, as everything, from formulating the plan to setting it in motion, has to be done from his home in London.

However, thanks to the sudden boom in video calling, he managed to convince celebrities they were appearing on “The Late Late Show with James Corden.”

Pieters scraped many of Corden’s old interviews and video segments for sound bites and collected enough to make one side of a believable conversation. There was obviously no video feed, but the guests were told they would be chaperoned by the show’s producer, who was convincingly played by Pieters’ friend and sidekick Archie Manners.

Celebrities and their managers were none the wiser, as so many late night show hosts have been doing interviews from their own homes.

We tricked CRAIG DAVID and HOLLY H into thinking they were guests on James Corden’s Late Late Show. This is the first of three videos, over the next three nights. You’ll want to stay tuned @archiemanners https://t.co/mx1Xjgt7dS

In the first of three videos in the series, British pop star Craig David and the UK’s biggest TikTok star Holly Hubert,who goes by Holly H, were interviewed. While Pieters took care of the voice notes to try and come up with a coherent flow of conversation, Manners kept things moving in his own flat across town, with the help of an imaginary assistant named “Sharon.”

They were also treated to exclusive performances. David sang one of his biggest hits, “Rise and Fall,” while Hubert demonstrated the viral TikTok dance the Renegade.

“As you know, the ‘Late Late Show with James Corden’ is on TV every night, so it’s only right that our show does the same,” Pieters said at the end of the video.

The second video featured Molly-Mae and Tommy Fury from “Love Island” and magician Julius Dein, and was posted on Saturday.

Dein sneaked in a flogging attempt for his magic box, while the couple were asked how they were getting on in quarantine.

The grand finale will air on Sunday, which you will definitely want to tune in for.

Watch the full first video below.

A YouTuber tricked influencers into thinking they’d been sent pieces of the moon, but it was actually just gravel