YouTube says it will allow videos with false or misleading election results, but won't advertise on them 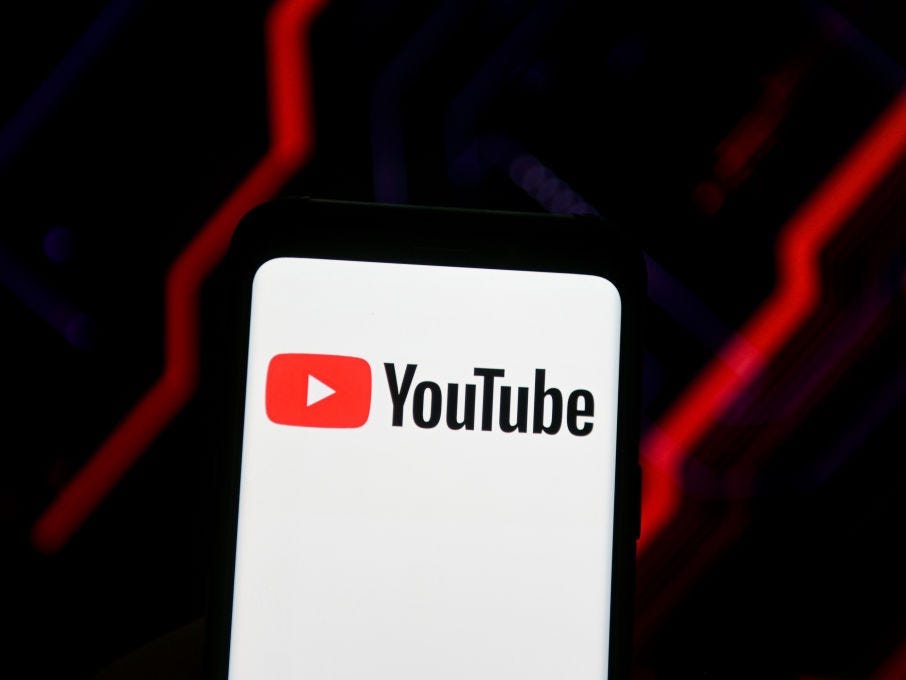 Mateusz Slodkowski/SOPA Images/LightRocket via Getty ImagesYouTube admitted to mistakenly removing the wrong videos in its effort to curb COVID-19 misinformation.

YouTube will allow the continued existence of videos that make unverified and misleading claims about the outcome of the presidential election, but it won’t run advertisements on the videos, according to a YouTube representative that spoke with Insider.

One America News Network (OAN), a far-right and adamantly pro-Trump news network that broadcasts on YouTube and other online platforms, published a video on Wednesday falsely claiming that “Trump won four more years in office last night.” As of Thursday morning, the winner of the election remains unclear, but OAN anchor Christina Bobb claimed that this was a “decisive victory for Trump.” The video was first reported by CNBC on Wednesday.

The OAN video â€” entitled “Trump won. MSM hopes you don’t believe your eyes,” referring to the mainstream media â€” included several myths about the election and voter fraud, baselessly claiming that Arizona and Nevada were “rampant with voter fraud” and that ballot-counters had been instructed to stop counting ballots because they didn’t want Trump to win. This information has been repeatedly debunked. 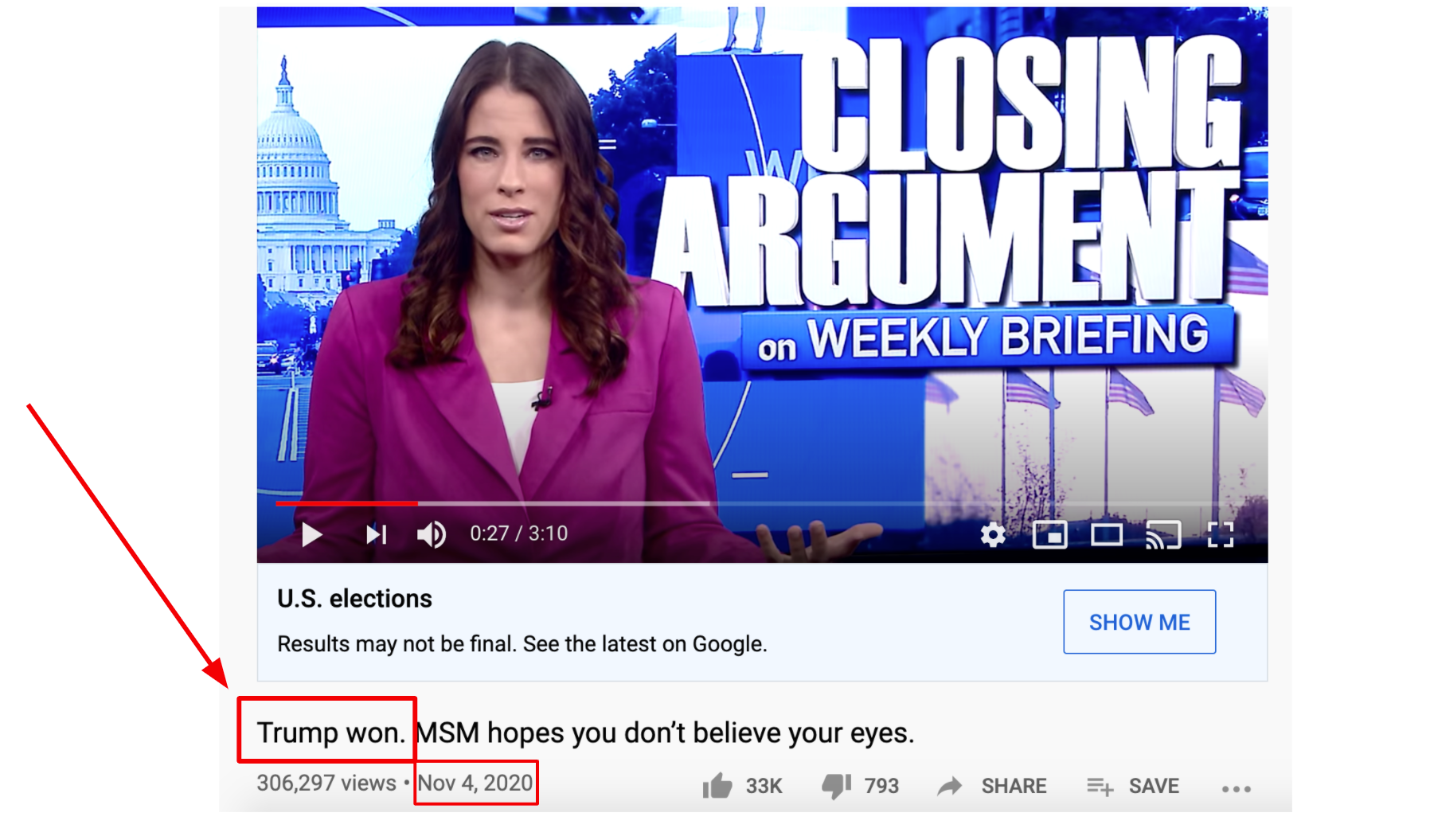 Bobb also falsely said that Trump won North Carolina, Florida, Pennsylvania, Michigan, and Wisconsin. As of Thursday morning, Biden has won both Michigan and Wisconsin, and Pennsylvania’s count is not complete, according to Decision Desk HQ and Insider’s projections.

But the video does not violate YouTube’s guidelines, according to the company. “Our Community Guidelines prohibit content misleading viewers about voting, for example content aiming to mislead voters about the time, place, means or eligibility requirements for voting, or false claims that could materially discourage voting. The content of this video doesn’t rise to that level,” Ivy Choi, a YouTube spokesperson, told Insider in a statement.

The platform did, however, demonetize the video, the company said. When asked why demonstrably false information did not warrant removal, YouTube reiterated that the OAN video does not violate community guidelines.

OAN’s video has more than 370,000 views as of Thursday morning on YouTube, which is owned by Google. The channel also posted another video on Thursday saying that “Trump won” and that taking additional time to count votes indicates that “Democrats are trying to steal the battleground states.” Both claims are untrue. The video had pre-rolled advertisements for two hours before it was demonetised.

YouTube appended both videos with a label that says “Results may not be final” and surfaced an information panel that leads users to more information about the election. The company’s approach was “bare-bones,” as tech reporter Casey Newton wrote in his newsletter.

The platform also allowed a nearly five-hour livestream from Steven Crowder, a conservative commentator who was previously suspended for harassment, that featured several false claims.

Among other false voter fraud allegations, the stream referenced the so-called “Sharpiegate” conspiracy theory, which falsely claims that election officials in Arizona gave voters Sharpie pens that would invalidate their ballots. Officials in Pima County, Arizona, said on Twitter that the state’s voting machines “can read ballots marked with a felt tip pen.”

Crowder’s video, which has more than four million views as of Thursday morning, is still monetized by YouTube.

Far-right voices have continued to spread voter fraud misinformation, falsely claiming that Democrats are trying to “steal” the election and posting other false claims. Twitter and Facebook have cracked down on election-related misinformation, with both platforms labelling all false or unverified claims with speed bumps warning users that votes are still being counted and the election is not over yet, and TikTok has been removing videos with false claims about election results.