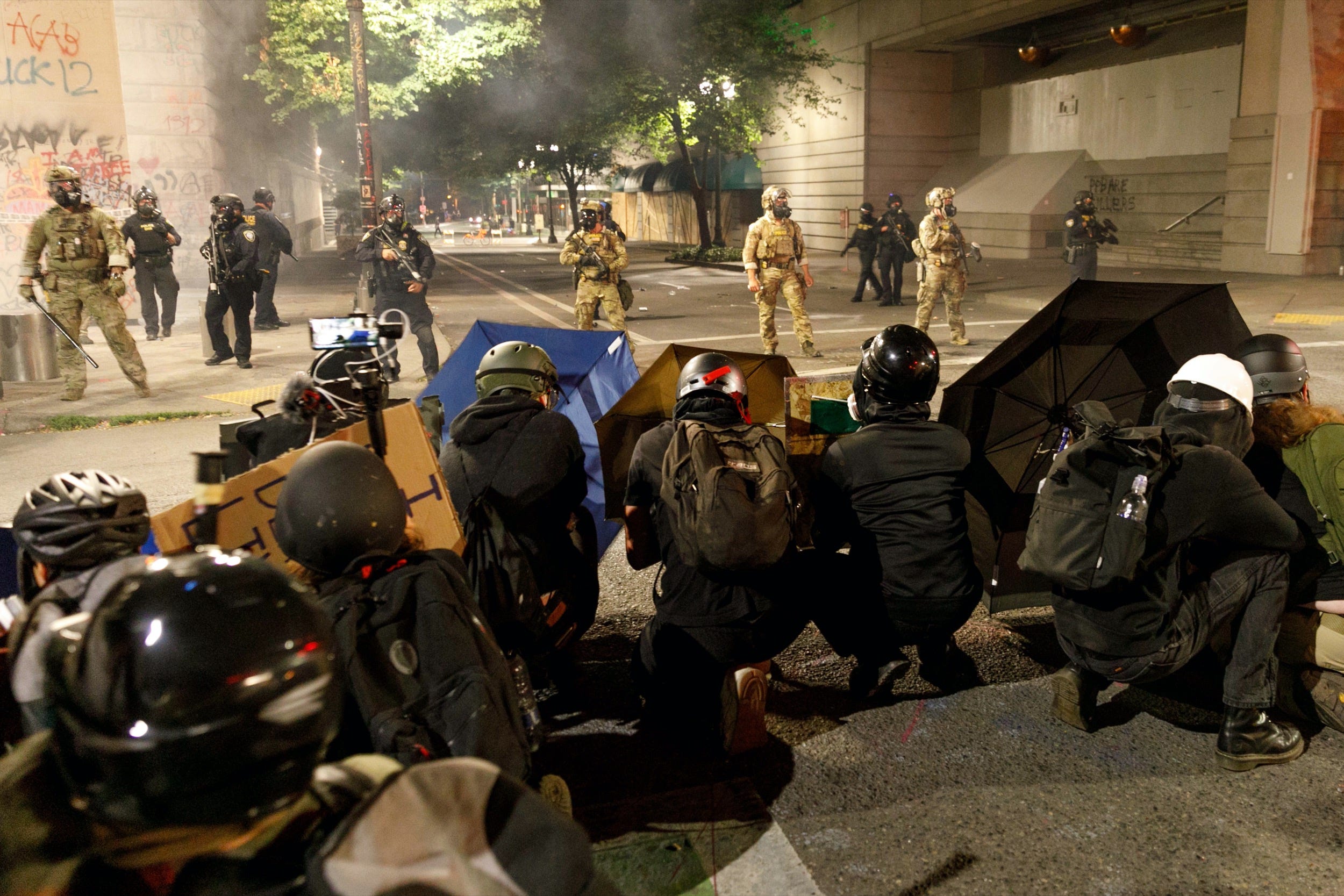 John Rudoff/Getty ImagesTensions have escalated in Portland following the arrival of militarised federal agents over the wishes of local officials.

Federal law enforcement officers from the US Department of Homeland Security arrested a protester in Portland, Oregon, earlier this month after saying they saw him commit a federal crime while watching a YouTube livestream, first reported by Recode on Wednesday.

A court document submitted by Micah Coring, an agent with the Federal Protective Services, a division of DHS, said officers watching the video saw a protester place a wooden board – that was initially on fire – against the outside wall of a federal courthouse before a second person adjusted it and a third extinguished it.

The document also said that while first person’s face was obscured, the second person’s face was visible, and officers sent screenshots to other agents who used them to surveil an individual for several hours before arresting Kevin Benjamin Weier, who they allege is the person they saw on the livestream.

Weier has been charged with attempted arson of a federal building and could face up to 20 years in prison if convicted.

The arrest shows how publicly available evidence published on protesters’ social media feeds or captured by journalists is both exposing abuses of power and being used by law enforcement to dig up evidence on activists.

Portland, in particular, has become a major flashpoint between law enforcement officers and protesters in recent weeks following President Donald Trump’s executive order that allowed federal agents to deploy to the city. Demonstrations there – which have been largely peaceful but have also resulted in some vandalism – have been going on for more than 50 days.

Since the order, militarised federal agents have been patrolling the streets in a dramatic show of force while using tear gas, smoke bombs, and physical violence to break up crowds. They have also been seen throwing protesters into unmarked vans without explanation.

The aggressive tactics by federal officers have prompted strong opposition from city and state officials, who have requested that they withdraw from Portland.

Business Insider previously reported that Oregon Gov. Kate Brown has called the deployment a “blatant abuse of power,” and Portland Mayor Ted Wheeler declared the use of force an “attack on our democracy.” The state’s attorney general has since sued the Trump administration, alleging officers are “unlawfully detaining” protesters, according to the Associated Press.