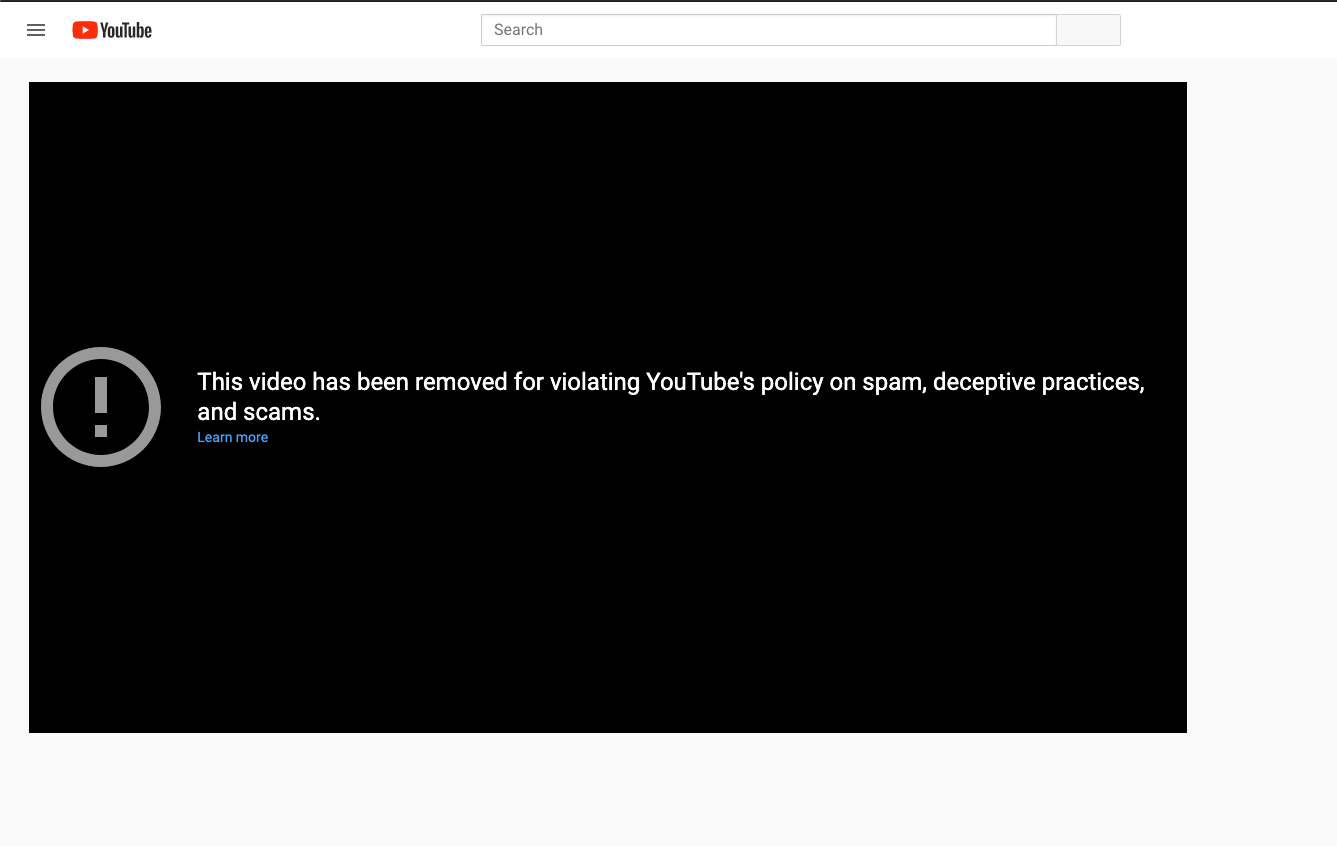 YouTube is warning creators who are pledging to donate their ad revenue to the Black Lives Matter movement that their videos could be removed from the website.

YouTube wrote in a blog post earlier this week that encouraging the audience to “artificially” drive up views and engagement metrics, and thus increase videos’ ad revenues, could put creators in violation of the website policies. YouTube specifically warns creators against asking viewers via video titles, descriptions, and in the content itself to repeatedly watch a video or click to ads on it in order to drive up the video’s ad revenue.

The post from YouTube follows a swarm of creators uploading videos to the platform where they promise to donate the ad money generated, through a Google program called AdSense, to causes supporting racial justice. AdSense-eligible creators – those in the YouTube Partner Program who have at least 1,000 subscribers and 4,000 watch hours in the last year – have created dozens of these videos this month as a way for viewers to donate to the Black Lives Matter movement without of it coming out of their own pocket.

One of the earliest videos on this trend appeared on May 30 from a creator named Zoe Amira, according to OneZero. A week later, Amira wrote on Twitter she had made more than $US21,000 in AdSense revenue. However, YouTube took Amira’s video down earlier this week, and told her it had violated the platform’s guidelines on fundraising.

In Amira’s case, YouTube said the generated AdSense money would go back to advertisers, but pledged to donate an equal amount in its place. Yet that hasn’t been true for the dozens of other videos with the same intention that have since been removed, Variety reported. A playlist created on YouTube, compiling nearly nearly 60 videos pledging to donate AdSense revenue to Black Lives Matter, shows that at least 10 of these clips have since disappeared from the platform.

Social media has become a key tool in recent weeks for fundraising in the wake of George Floyd’s death and the nationwide protests against police brutality that have ensued. Millions of dollars have been donated online to the Black Lives Matter movement, bail funds for protesters, memorial funds for victims of police shootings, and fundraisers for Black and trans inmates.

YouTube is instead encouraging creators to use the platform’s built-in Donate button instead of pledging AdSense revenue. The company also said it would donate to racial justice initiatives to “acknowledge the efforts over the past week” from creators who tried to fundraise “without a clear understanding of the policies.”

Additionally, YouTube pledged $US100 million Thursday to a multi-year fund dedicated to “amplifying and developing” the voices of Black creators, including a slew of new YouTube Original programming.