Influencer merch has surged during the pandemic. Here are the top companies helping YouTube, Instagram, and TikTok creators make and sell it. 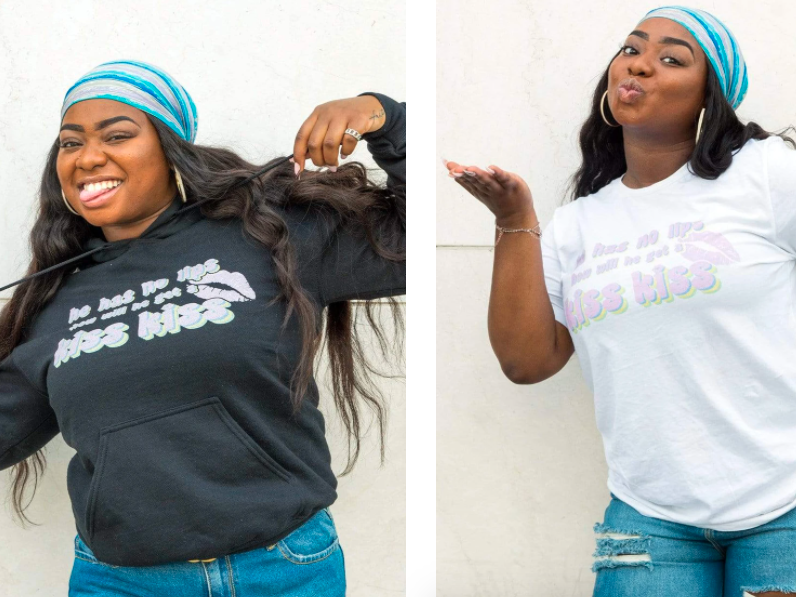 Hi, this is Amanda Perelli.
Welcome back to Insider Influencers, our weekly rundown on the influencer and creator economy.

Selling merchandise is a major business for top creators like David Dobrik, who said his custom merch with Fanjoy makes up the majority of his income.

And as ad deals have faltered during the pandemic, direct sales have become increasingly important for influencers looking to diversify their income streams.

This week, I highlighted the 7 most prominent merchandise companies working with creators on YouTube, Instagram, and TikTok.

These companies work with influencers to design, manufacture, and sell branded merchandise, from T-shirts and hoodies to other branded accessories.

Reed Duchscher, the CEO of the talent management firm Night Media, told Business Insider that partnering with an outside company is usually the best bet for any creator looking to start selling merch.

“To outsource it is probably a better business than doing it in-house,” Duchscher said. “You’ll get a higher margin without any of the headache of things like having customer service and fulfillment, or hundreds of thousands of units somewhere in a warehouse. If it becomes a big enough business and you’re really selling it a higher volume, then you can talk about what that process would look like selling in-house.”

But which companies lead the way in the industry? 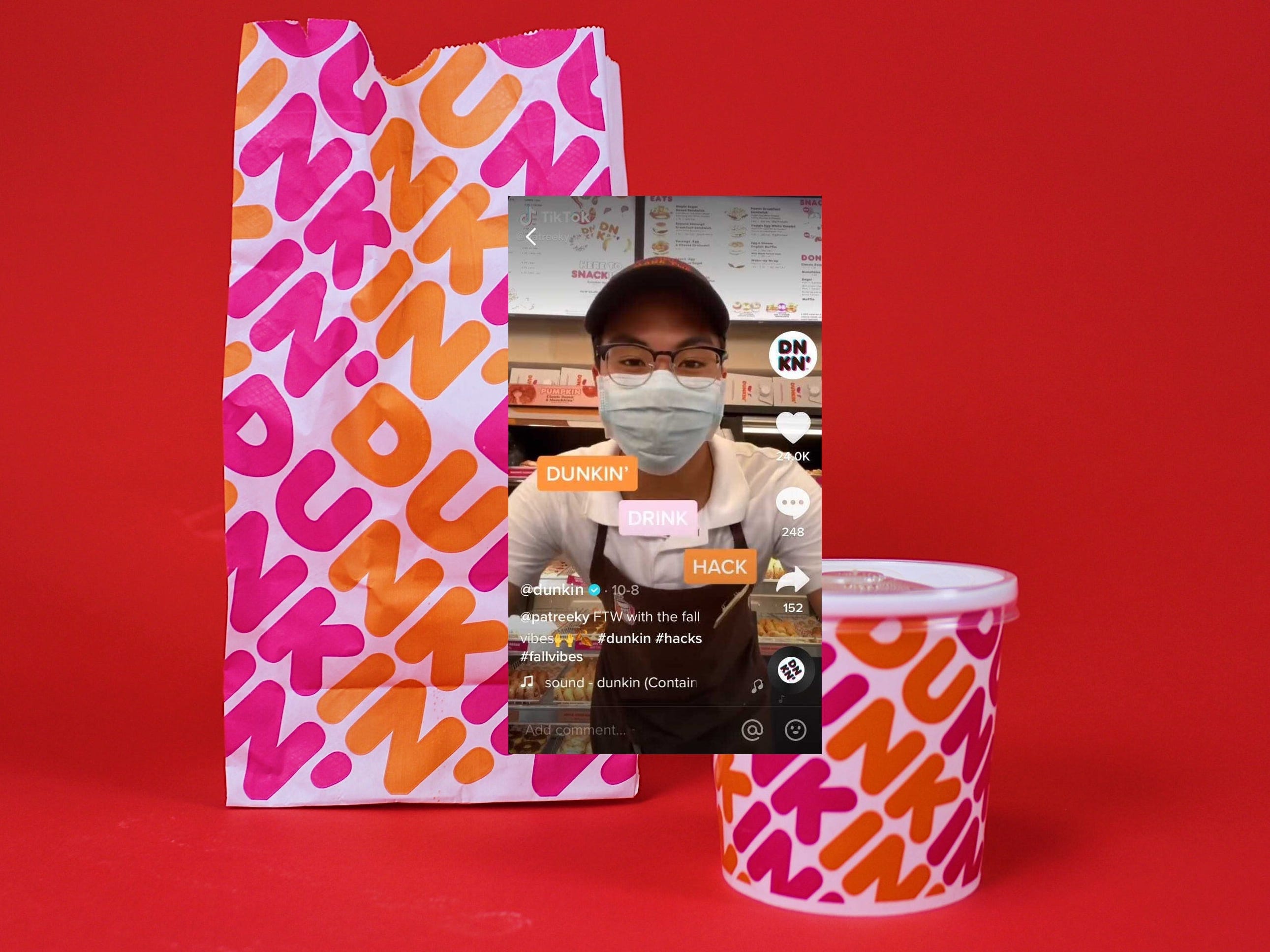 Erin McDowell/Business Insider/TikTokPatrick Navarro is one of Dunkin’s first ‘crew ambassadors’ on TikTok.

Some major retailers like Dunkin’, Wendy’s, Arby’s, and Walmart have begun inviting employees to post videos on TikTok at work as a new marketing push.

My colleague Dan Whateley wrote that some retail employees have gained large audiences on TikTok by posting videos of life behind the counter at major chains.

Dunkin’ recently created a new “crew ambassadors” program where it’s paying employees to post videos while on the job.

“Tell me what content you guys want to receive from me,” Morgan Massaker said in a TikTok video announcing his ambassadorship on Monday. “Coffee combinations. Sandwich combinations. What doughnut should I have this week?” 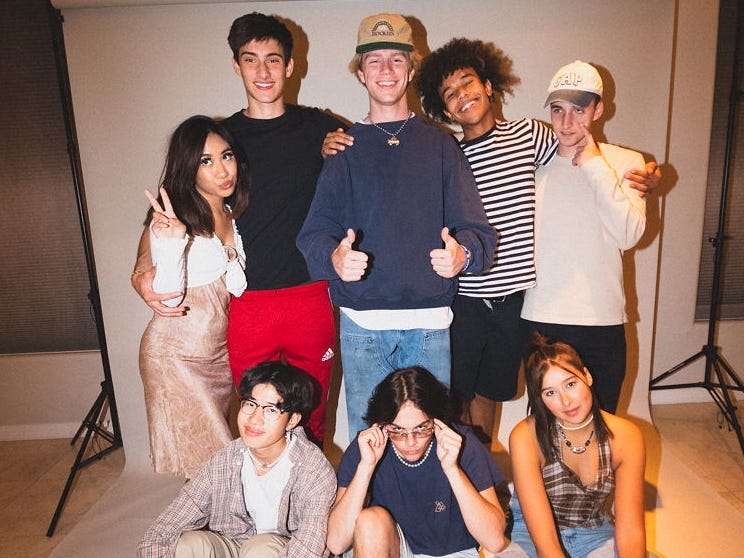 SJ SprengThe House Nobody Asked For.

The TikTok collab house “The House Nobody Asked For” is a group of eight influencers who moved to Las Vegas over the summer and relies on comedy instead of viral dances to land brand deals.

THNAF now has over two million followers on TikTok and has secured brand deals with Chipotle and Tinder.

My colleague Sydney Bradley spoke with the group’s founder and its manager about why the group moved to Las Vegas and how it pitched and landed these brand deals.

“Believe it or not, we’re paying less to be here than we would for student housing,” house member Caroline Ricke said in the group’s announcement TikTok video about their new home.

The group signed the Las Vegas lease for four months with the assistance of some of their parents and legal advisors, and the group’s first sponsor, the brand MSCHF, signed on as a guarantor. MSCHF, a company that sells products and is known for viral stunts, is sponsoring the group through the end of October, which has helped cover the rent and utilities for the house.

A TikTok star with 1.5 million followers explains how much money she makes from brand sponsorships 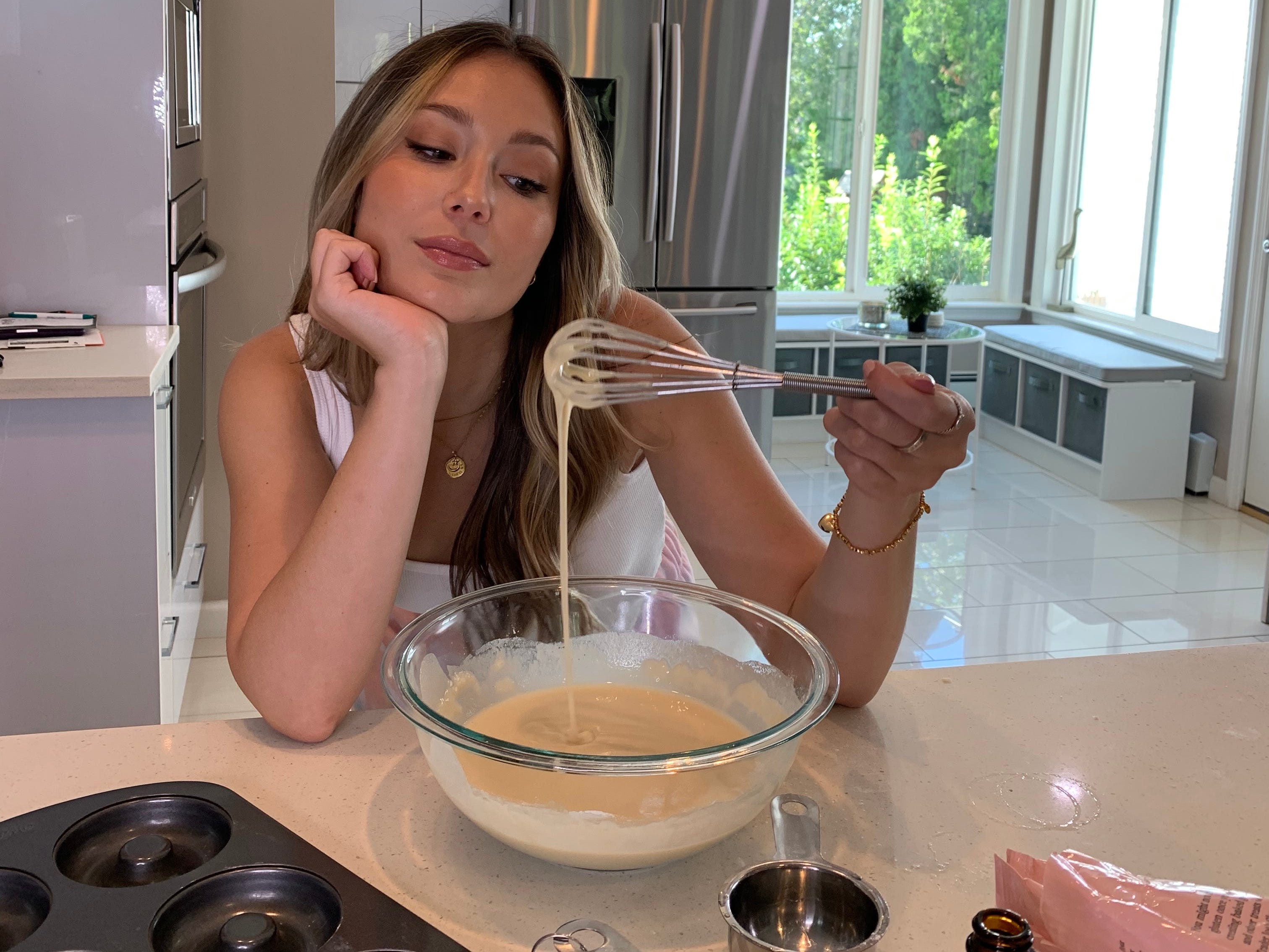 Her account started to grow rapidly after her recipe videos trended and gained attention on TikTok’s “For You” page.

I spoke with Hasson who said she treats her TikTok account like a full-time job. She broke down how she makes money and how much she charges for a sponsorship.

“It was pretty much a dancing app at that time,” she said of TikTok when she got started. “So when I joined and started posting food, beauty, and fashion videos, no one else was really doing that.” Back then her goal was simply to use TikTok to grow her Instagram page, which had about 30,000 followers.

But Hasson started making real money on TikTok when she reached 100,000 followers. At the time, she charged about $US1,000 for a sponsored video, she said.

But her rates have climbed since then.

Read more on her rates here. 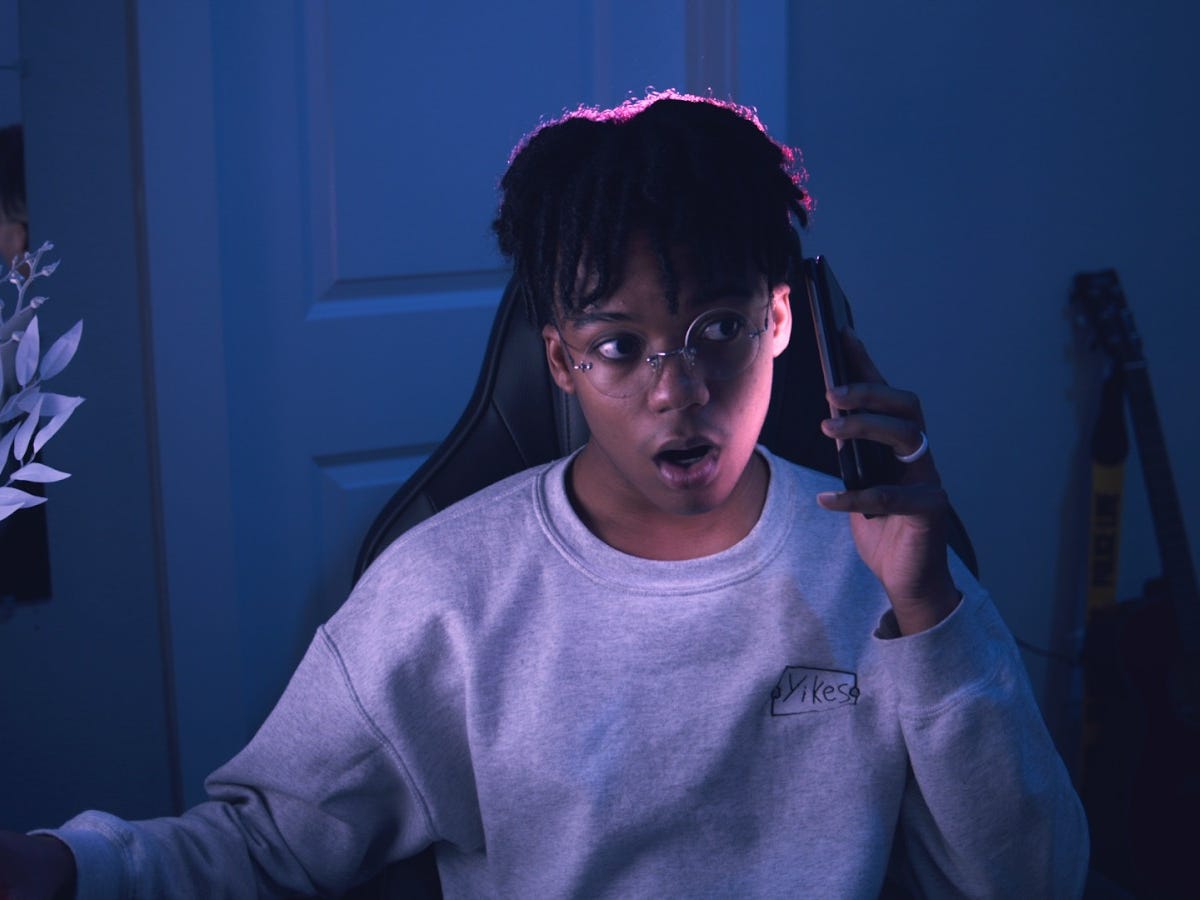 The era of A-list YouTube celebrities is over. Now, the people cancelling them are on top.

YouTube creator D’Angelo Wallace makes videos explaining why the YouTubers you used to love are actually not worth your time.

Kat Tenbarge from Insider spoke with Wallace about his popular commentary channel, which has 1.6 million subscribers, and his creative process.

Wallace, 22, and others in the “drama community” have built massive followings online devoted to critiquing YouTube celebrities, and working to create a new level of accountability in the culture.

His deep dive into the beauty YouTube drama of May 2019 deconstructed each YouTuber’s role in the feud, exploring how it came back to negatively impact each of their careers, and his videos about Jeffree Star and Shane Dawson have a combined 20 million views. That series also helped his subscriber count grow from under 500,000 to over a million within one month.

Here’s what else we’re reading:

Thanks for reading! Send me your tips, comments, or questions: [email protected]