The spread between 3-month and 10-year Treasury yields – a relationship known as the yield curve – inverted to its widest level since 2007 on Monday.

At its most extended point, the spread reached minus-32 basis points. That’s a worrisome sign for economists and traders alike, considering such an inversion has preceded every US recession of the past 50 years.

And while the relationship has been in negative territory for months now, it’s the severity of today’s shift – and the reasons for it – that have traders on high alert.

This latest escalation was spurred by the Chinese central bank’s decision to let the yuan slide below a key threshold versus the US dollar. China also said it will cease importing US agricultural products.

Paired with President Donald Trump’s announcement that he’ll expand tariffs to virtually all imports from China starting September, it marked the perfect mix of bearish headwinds. Stocks responded in kind, selling off sharply and posting their worst day of 2019.

In terms of the curve itself, the widening spread was driven more by a decline in the 10-year than an uptick in its 3-month counterpart. The 10-year yield is at its lowest level since October 2016, and has been pushed lower as risk-averse investors have purchased Treasurys. The Federal Reserve’s continued monetary easing efforts have also played a role.


In new research published Monday, Morgan Stanley agreed with the idea that increased trade-war tensions could hasten a recession. Chetan Ahya, the firm’s chief economist, said a global recession could be on the horizon in nine months.

In the meantime, investors are left to wonder what the latest trade escalation – and the deepening of the yield-curve inversion – will mean for the Fed’s future rate decisions.

UBS economist Seth Carpenter said Monday that more tariffs will slow the economy and make cuts easier to justifiy. By his estimation, tariffs will take about 25 basis points from US gross domestic product from the fourth quarter of this year through 2020.

“Powell has been arguing for a cut based on the risk associated with tariffs; now that escalation is real, his case will be easier to make to the sceptics on the FOMC,” Carpenter wrote. 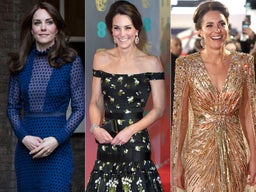