ReutersA Xilinx sign is seen during the China International Import Expo (CIIE), at the National Exhibition and Convention Centre in Shanghai

Xilinx surged as much as 17% in early Tuesday trading after Advanced Micro Devices agreed to buy the chipmaker for $US35 billion.

The deal is expected to close by the end of 2021, according to a press release. AMD’s all-stock purchase will grant current Xilinx shareholders 1.7234 shares of AMD for each Xilinx share they own. Current AMD shareholders will own 74% of the new company, while Xilinx investors will own the remaining 26%.

The combined entity will boast more than 13,000 engineers and help both firms compete with lagging industry titan Intel. AMD also expects to unlock roughly $US300 million worth of operational efficiencies through the deal over the next 18 months.

Xilinx similarly rallied on October 9 after The Wall Street Journal first reported on the potential AMD deal. The leap placed shares at their highest point since July 2019.

The acquisition is the latest mega-deal to hit the semiconductor sector this year. It dwarfs Analogue Devices’ purchase of Maxim Integrated Products for $US20 billion and falls just short of tying Nvidia $US40 billion takeover of Arm Holdings.

Xilinx produces chips used in data centres and 5G base stations, giving AMD a major leg-up in the communications technology business. It also alleviates some concerns around future revenue. Xilinx shares tumbled through 2019 after US-China trade tensions limited shipments from Huawei. The Chinese tech giant accounts for 8% of Xilinx’s revenue.


‘I’m basically going to be long growth’: Billionaire investor Chamath Palihapitiya has hauled in a 997% return since 2011. He details the 5 sectors shaping his long-term investment playbook. 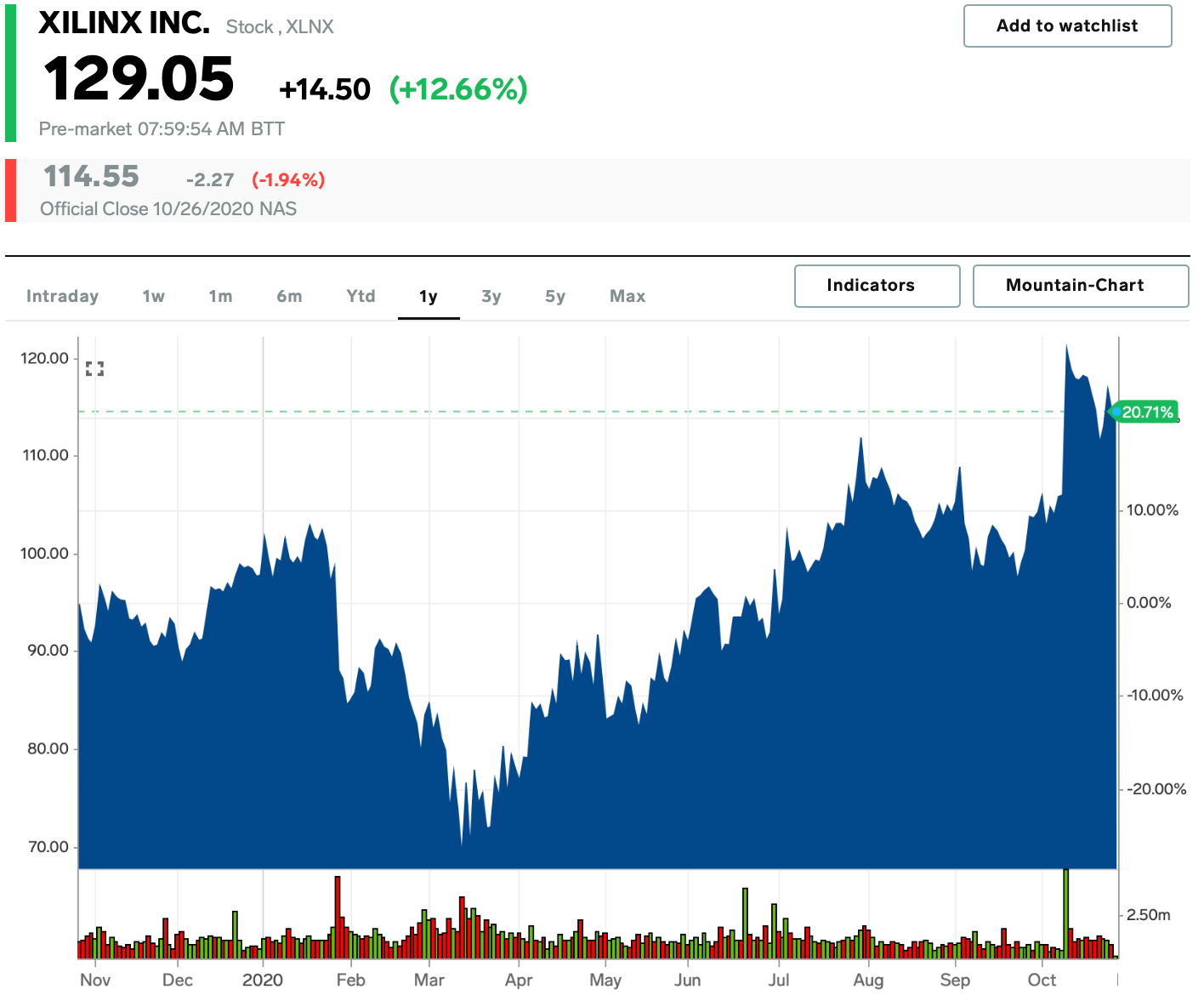