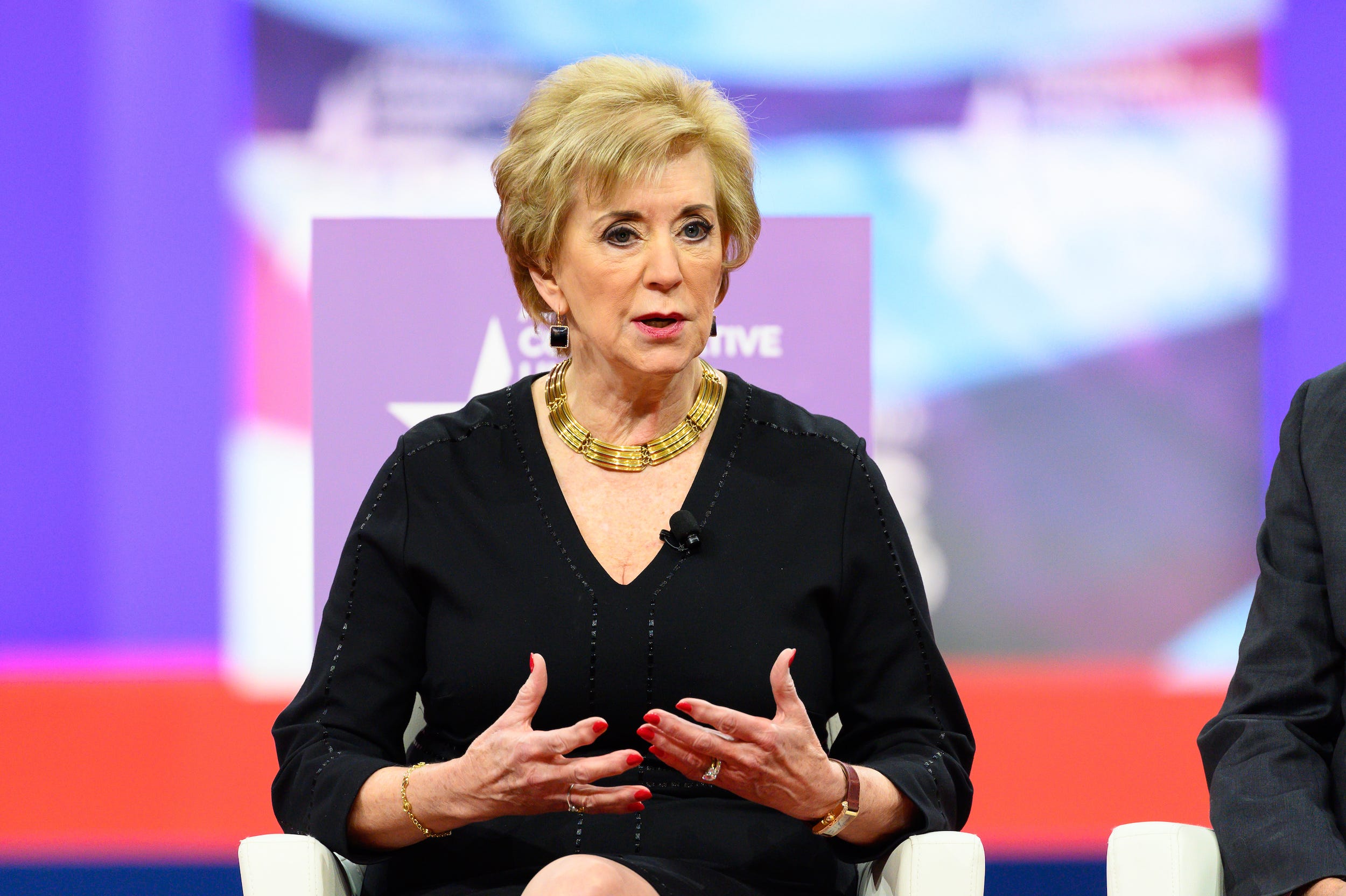 As President Donald Trump’s presidential campaign lurches toward the finish line, many of his supporters have seized on an increasingly deranged and unsupported set of accusations and tropes that paint Joe Biden and the Democratic Party as tolerant of sex predators who prey on children. The line of attack, which is consistent with and inspired by the QAnon conspiracy theory, has reached the highest levels of the Trump campaign.

But as Trump’s supporters work to inject accusations of pedophilia into mainstream political discourse, an Insider investigation has unearthed long-buried details about a key player in Trump’s reelection effort, and accusations that she presided over a shocking sexual-abuse scandal in which multiple individuals accused a long-time wrestling ring announcer of gratifying himself sexually with their feet when they were children.

The key player is Linda McMahon, who served in Trump’s Cabinet as head of the Small Business Administration before stepping down to chair America First Action, a key pro-Trump super PAC. In the 2020 election cycle so far, America First Action has raised $US128 million and spent $US107 million on Trump’s behalf. Before she took on a leadership role in Trumpworld, McMahon ran the entertainment behemoth World Wrestling Entertainment â€” formerly known as Titan Sports and the World Wrestling Federation â€” with her husband, Vince McMahon.

The accused child molester was Mel Phillips, a ring announcer who also worked behind the scenes running the crew that put the wrestling ring itself together. His public downfall was chronicled in the tabloid press in the 1990s. But less well-known are the lengths to which the McMahons went to co-opt the young wrestling fans who accused Phillips â€” and at least one high-ranking WWE official â€” of sexual abuse, and the cavalier attitude the McMahons took toward accusations that their workers used wrestling to lure, groom, and sexually abuse young boys.

In a statement, WWE attorney Jerry McDevitt said “the only persons implicated were not senior officials, nor were there any claims of anything approximating conventional forms of sexual abuse such as rape, sodomy, etc. Instead, [a young former WWE employee] claimed Mel Phillips had a foot fetish and played with his feet.” He also described allegations that the McMahons were aware of the accusations against Phillips while continuing to pay him as a ring announcer as “outlandish” and “classic libel.”

You can read the full Insider investigation here.