A grieving daughter in Wuhan is suing China, saying its early cover-up of COVID-19 killed her father. In response, the authorities reportedly intimidated her family. 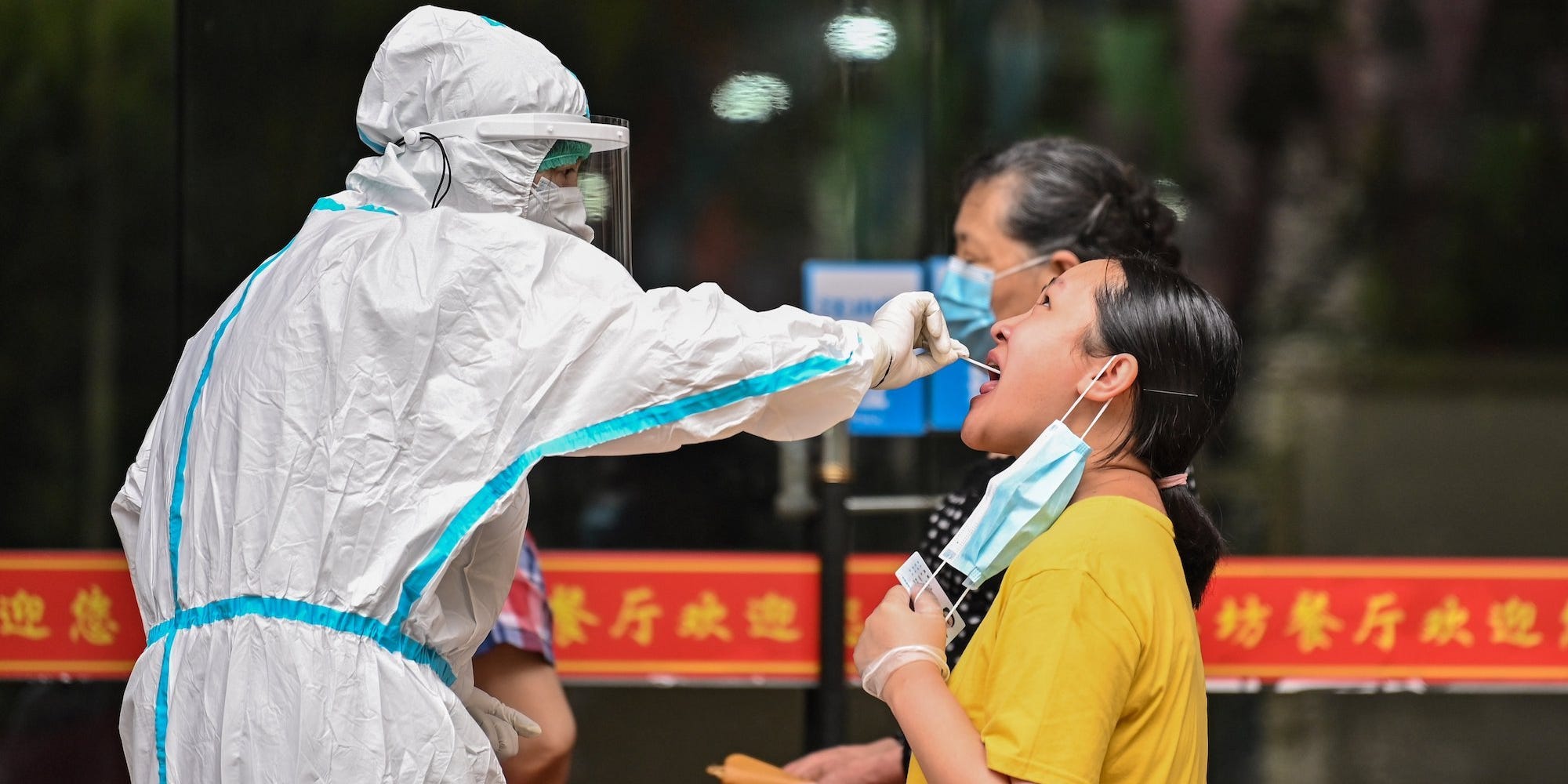 HECTOR RETAMAL/AFP via Getty ImagesA medical worker takes a swab sample from a man to be tested for the COVID-19 coronavirus next to a street in Wuhan, in Chinas central Hubei province on May 16, 2020.

A woman from Wuhan, China, says she is suing the Chinese government, saying it covered up facts about COVID-19, which killed her father.

Zhao Lei, 39, in an interview with Sky News accused authorities of hiding the reality of the virus when it began to spread about January 2020.

She said that meant people didn’t limit their movements earlier in the year, before the virus outbreak turned into a pandemic.

“I think the government covered up some facts,” she said. “Because of this, Wuhan people carried on living like before, they celebrated Chinese New Year normally, without taking any protection. It meant my father got infected and died.”

She says she is suing the government, looking for compensation and an apology.

Coronavirus: This Wuhan woman is suing China – and wants an apology after her father died of COVID-19 https://t.co/F21UAoiIhR

Wuhan’s city-level court system has already rejected her case, Sky News reported. The outlet said she has been intimidated by authorities who want her to abandon her efforts.

Sky News reported “the police have visited her mother, warning that she should drop the case and not talk publicly.”

But she is taking her case to the supreme court of Hubei, the province of which Wuhan is the capital.

She told Sky News: “I think my lawsuit is good for our country. It can warn people that if we have a disaster next time, we could do something to prevent bad outcomes. We can save more people.”

Zhao said she was motivated to take action against the government by the death of her father from COVID-19 in late January. 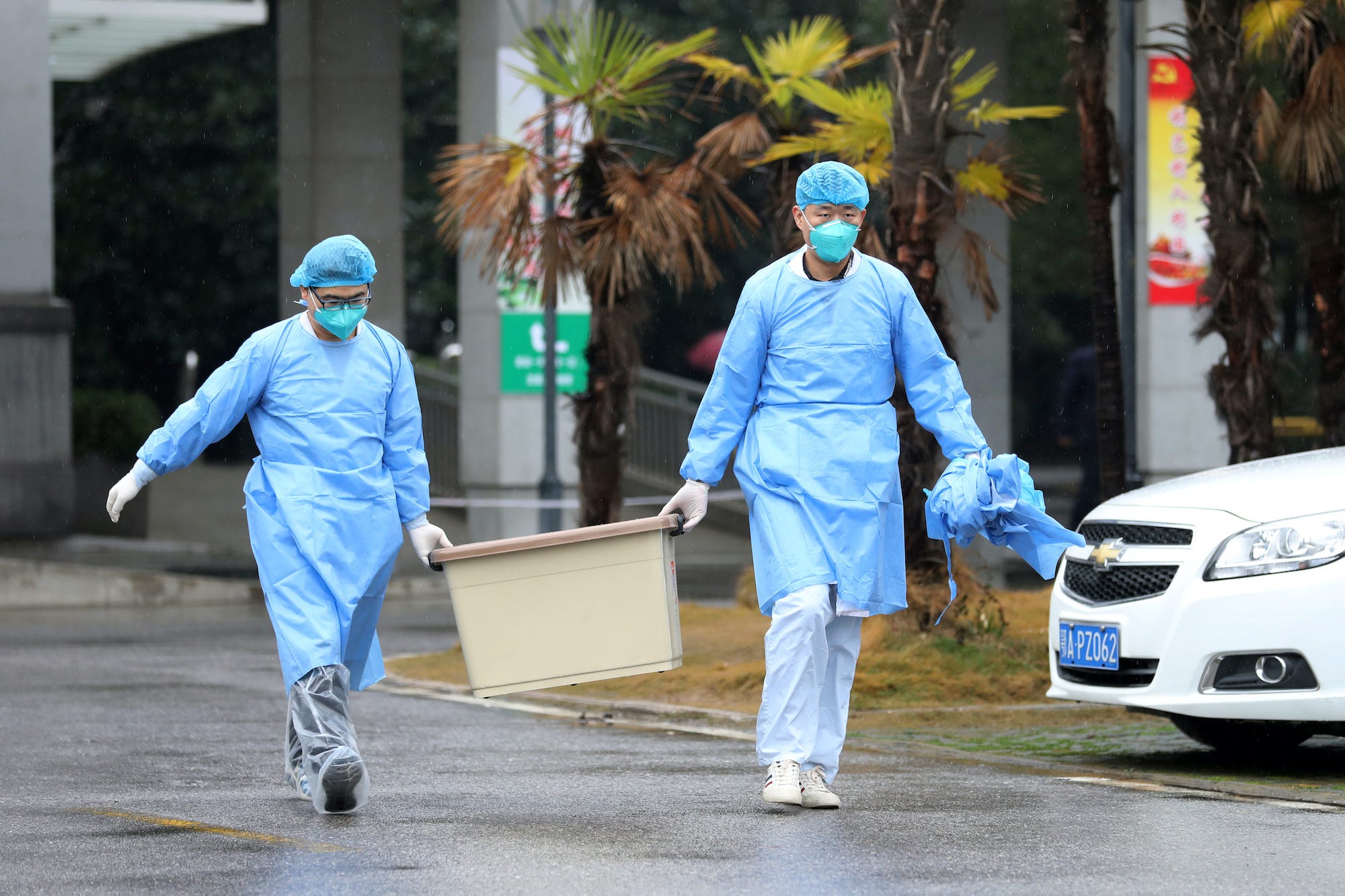 Stringer CHINA OUT/REUTERSMedical staff carry a box as they walk at the Jinyintan hospital, where the patients with pneumonia caused by the new strain of coronavirus are being treated, in Wuhan.

Sky News reported that he could not go to the hospital in an ambulance because health services were so overwhelmed.

Instead, his family began the six-mile journey on foot in the cold, the report said, before they were picked up by someone passing in a tuk tuk.

He then died of respiratory failure while waiting in the emergency waiting room.

Zhao told Sky News, “My father was honest. He was not good at talking. He was very kind. In Wuhan, he was a very ordinary person. He obeyed all the rules.

“After Wuhan locked down, he got ill so suddenly. I can’t accept it. Someone just suddenly died. I cannot accept the fact. At that time, I was stunned. Afterwards, my heart was broken, and I was very angry too.

“I think the government covered up the fact that coronavirus could spread from people to people. I hold the government accountable and ask them to pay the due price.”

China is accused of covering up the disease

Wuhan was the first place to record cases of the novel coronavirus, and was the first city in the world to be put under lockdown in an attempt to stop its spread.

China has been repeatedly accused of covering up details about the virus and the threat it could pose.

The New York Times reported in August that US intelligence found that local officials in Wuhan took weeks to report the treat of the virus to Beijing, which slowed efforts to fight the virus and stop its spread. 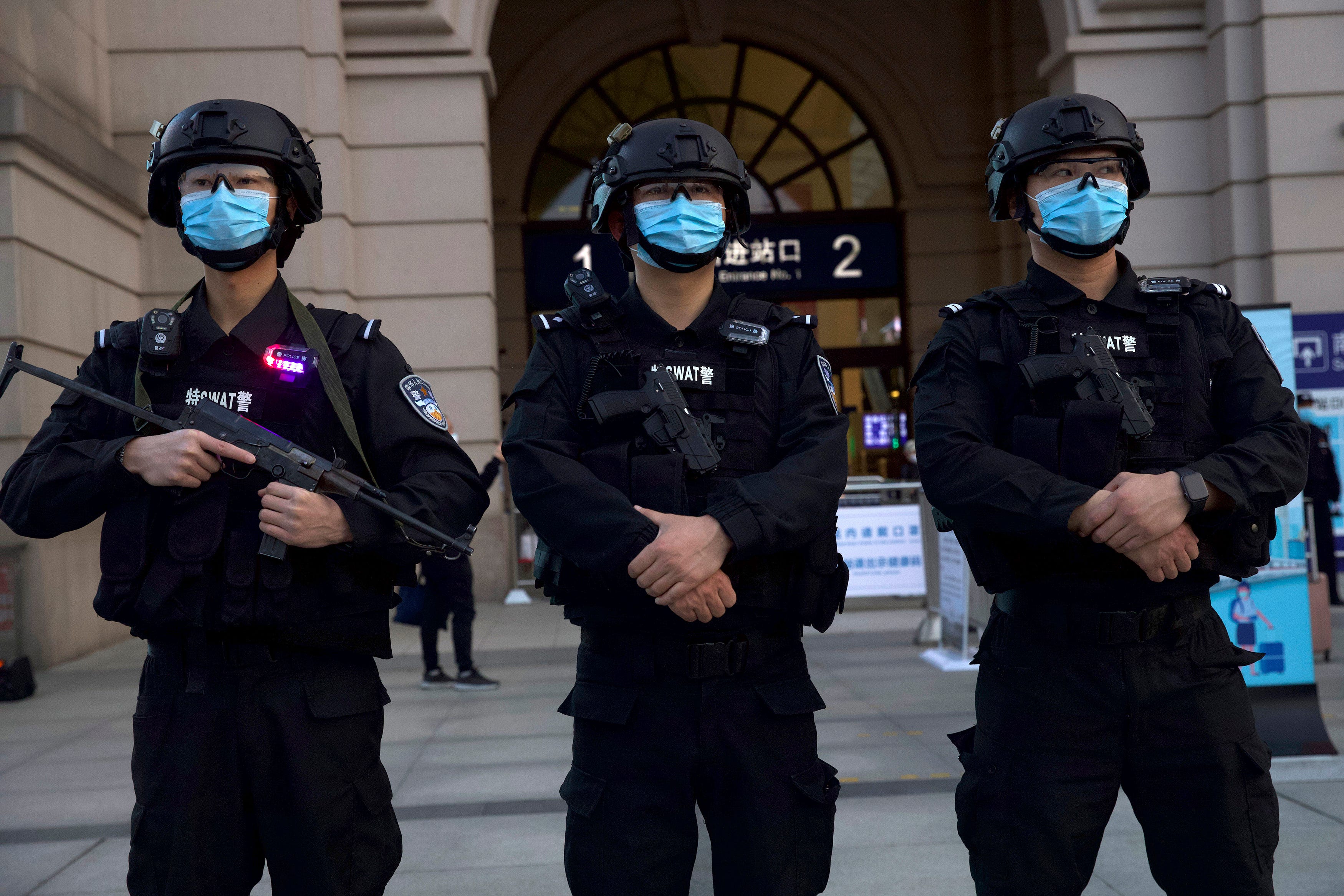 Janos Meszaros/MTI via APPolice officers prepare a drone to find residents who fail to comply with the stay-at-home order implemented due to the coronavirus pandemic in Szolnok, Hungary, Monday, April 13, 2020. The government has extended the national lockdown and is taking measures to enforce the public isolation policy. The COVID-19 coronavirus causes less serious symptoms for most people, but for some, especially older adults and people with existing health problems, it can cause severe illness and even death.

Chinese authorities also silenced doctors who tried to speak out about the virus before its existence was made public. They forced one, Li Wenliang, to sign a document denouncing his earlier warnings as “illegal behaviour.”

Wuhan was put under an unprecedented 76-day lockdown that ended April 7.

Life in Wuhan has largely returned to normal, with a music festival at a water park with thousands of attendees last month highlighting how far the city has progressed in controlling the virus compared to many cities and countries around the world.

But people who shared information about the virus or who shared what life was like during Wuhan’s lockdown have been detained or have gone missing.