A 21-year-old Canadian woman stayed in Wuhan because she didn't want to abandon her cat. The lockdown just lifted, but she's still 'fenced in.'

More than 75 days have passed since Kristina Shramko was told to stay inside her apartment in Wuhan, China.

Shramko, a 21-year-old Canadian citizen, moved to Wuhan about eight months before the city became the origin site of the coronavirus pandemic. On January 23, all transportation in and out of the city was halted to slow the virus’ spread.

Shramko found herself alone in her loft with her ginger-coloured cat, Kitya. Her boyfriend, who also lives there, was on a business trip when the city shut down, so he was forced to stay with family in a different province.

In February, Shramko registered for an evacuation flight from Wuhan to Canada. But then she learned there was a strict no-pet policy on the plane. She decided to stay in Wuhan to be with Kitya.

To pass the time, she filmed and edited videos for her YouTube channel, watched movies, read books, and spoke to friends and family on the phone – activities familiar to most Americans now isolating in their homes. But Wuhan’s lockdown was not quite the same as the policies in the US.

On February 14, the city began closing off individual neighbourhoods, establishing a single entrance and exit patrolled by security guards. Residents were told not to go outside unless they required medical care. As a result, some of them faced food shortages.

After a month inside her loft, Shramko said the quarantine started to take a toll on her mentally. But it would be yet another month before Wuhan announced it was loosening its restrictions.

On March 23, residents with a clean bill of health were allowed to go back to work. Healthy people could also apply to leave the city if they had been stranded there during the outbreak. Buses resumed operation on March 25 and the subway reopened on March 28. By the following week, some businesses – including stores and shopping malls – began to reopen as well.

The lockdown officially lifted on Thursday, when transportation into and out of the city resumed. But Shramko said there are still some limitations to normal life. Schools remain closed and local officials are asking people to stay home as much as possible.

“I’m still hesitant to wander too far away from my apartment,” Shramko said. “For the last three days, I’ve been going to the mall, browsing, and admiring a change in scenery. There are security staff everywhere you go – every mall entrance and exit, every community, building, or subway station.”

She shared a video of the mostly empty mall across the street from her apartment:

Healthy Chinese citizens must install a “digital pass” on their smartphone that permits them to board public transit or visit hotels and restaurants. The pass doubles as a record of where a person has travelled.

As a foreign citizen, Shramko said she can’t register for the digital pass. Instead, she carries a written log with an official stamp that indicates every time she has entered or exited her neighbourhood in the Hanyang district. Residents in her neighbourhood, she said, are only permitted to go out once per day.

“We are still fenced in our community,” she said.

Shramko added that it’s hard to keep track of where she’s allowed to go.

“If I get the opportunity to meet up with a friend, I’ll be more willing to go out and wander around Wuhan again rather than exploring on my own,” she said. “There could be more restrictions outside of my district that I am unaware of.”

Animosity toward foreigners in China

Most of her friends, Shramko said, have gone back to work.

When she ventures out, she said she’s been greeted fondly by officials in her neighbourhood.

“The security staff in my community are very cheerful and nice,” she said. “They already remember me because I’m the only foreigner in my neighbourhood.”

But she has heard that’s not the case for other expatriates. 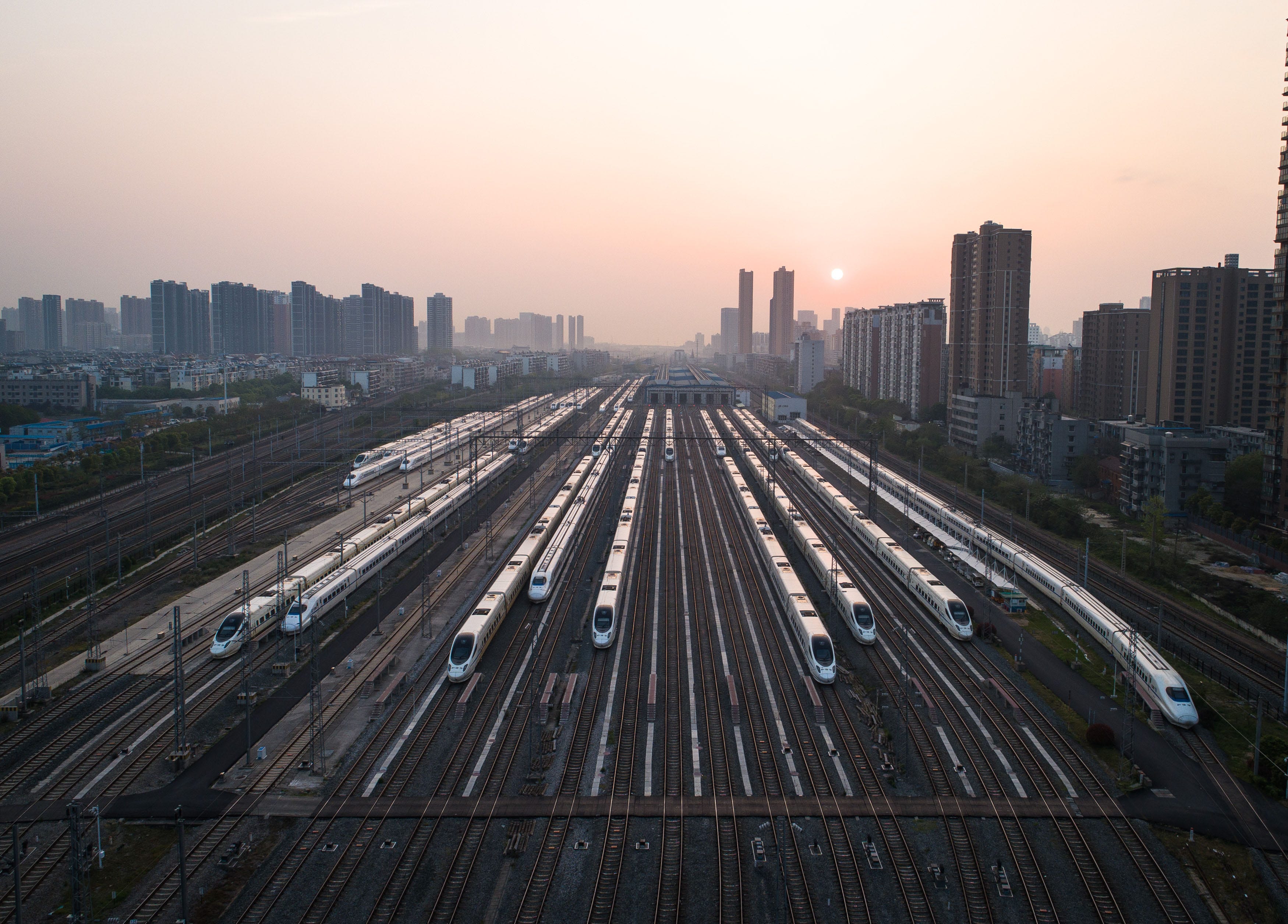 “There seems to be a lot of recrimination towards foreigners in other parts of China because of some articles being released claiming that the virus was brought in from America,” Shramko said.

At a press conference on February 27, Chinese epidemiologist Zhong Nanshan said that the discovery of COVID-19 in China did not necessarily mean the virus originated there. Shortly after, a conspiracy theory began to circulate on Chinese social media that American athletes had introduced the virus to Wuhan during their visit last year for the Military World Games.

On March 14, a spokesman for China’s Ministry of Foreign Affairs, Zhao Lijian, wrote on Twitter that the US Army may have “brought the epidemic to Wuhan.”

The following week, President Trump began referring to the coronavirus as “the Chinese virus.” Trump later told reporters that the word choice was an attempt to combat disinformation about the American military being the source of the outbreak, the New York Times reported.

In the US, Chinese-Americans have reported being verbally and physically attacked in connection to the pandemic. Shramko said she’s heard that some foreigners in China are now being denied medical supplies, while others are being called names in public.

A race to go home before her visa expires

As Wuhan residents trickle back into subways, offices, and stores, many health experts are fearful of a second wave of cases in China. As of Tuesday, Wuhan had reported only three new infections in the last 21 days.

But in some respects, the city’s restrictions are still more stringent than those in countries currently battling outbreaks, like the US and UK. 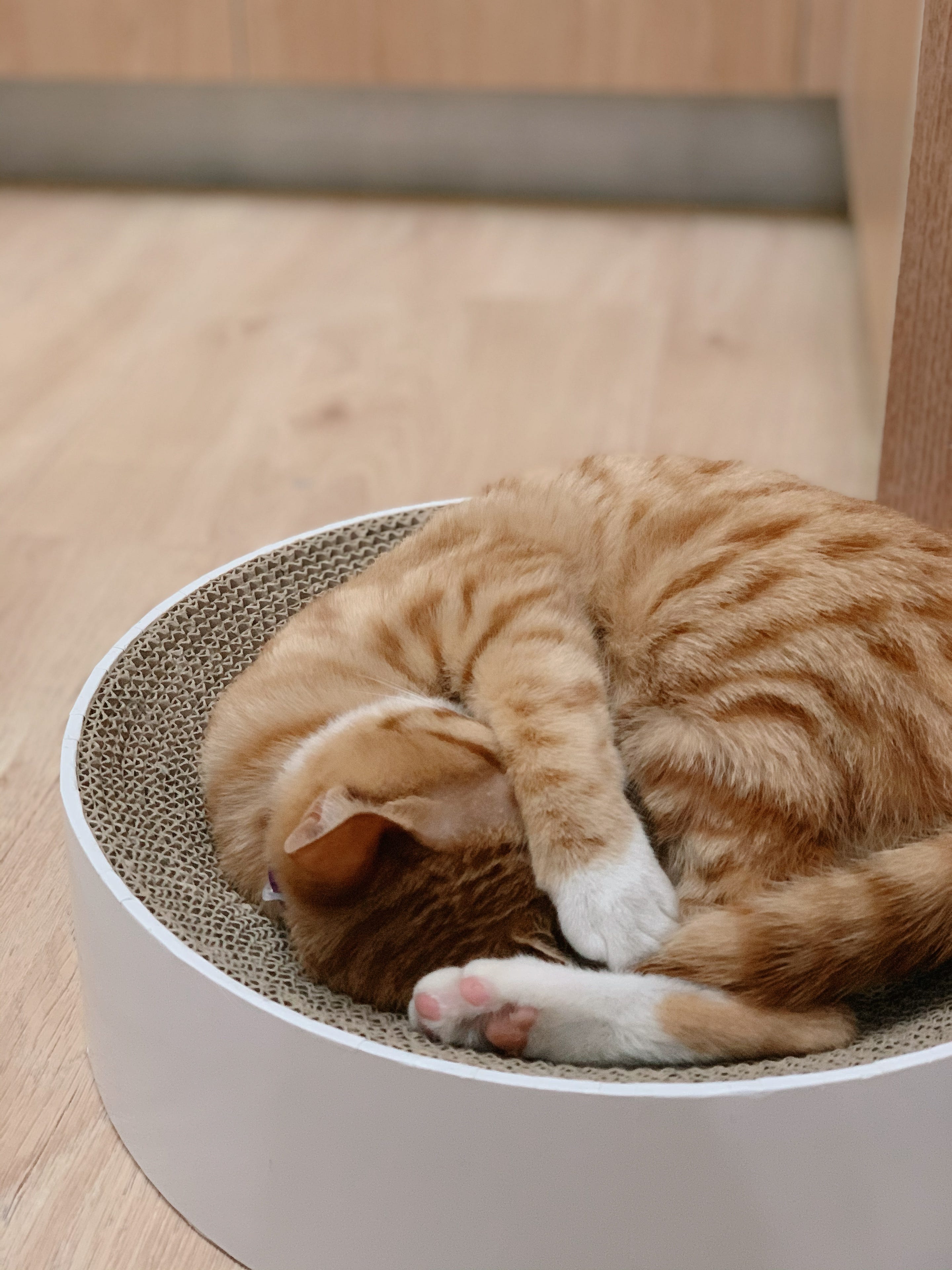 “Wuhan and the rest of China seem to be the safest place to be at the moment with all the extra security,” Shramko said.

Though she’s eager to return to Vancouver, there are hurdles to getting there, she said.

Shramko said the Chinese government automatically extended her visa in February for two months. She has until April 27 before it expires, but flights from Wuhan to Canada don’t resume until early May. Flights are also expensive, she said – around $US3,000 Canadian dollars.

“I have no idea what to do,” Shramko said. “I’m kind of freaking out.”

On top of everything, Kitya has been keeping her up at night.

“She goes through these phases where she’s yelling bloody murder for weeks on end when she’s in heat,” Shramko. “I haven’t gotten proper sleep in days.”

Shramko said she plans to take Kitya in for surgery to get spayed. In the meantime, she has been preparing documents to ensure that the two of them can safely travel home.

“Hopefully I’ll be able to return to Vancouver soon, although Vancouver is now just as bad as China was,” she said. “It will be like moving from one lockdown to another.”