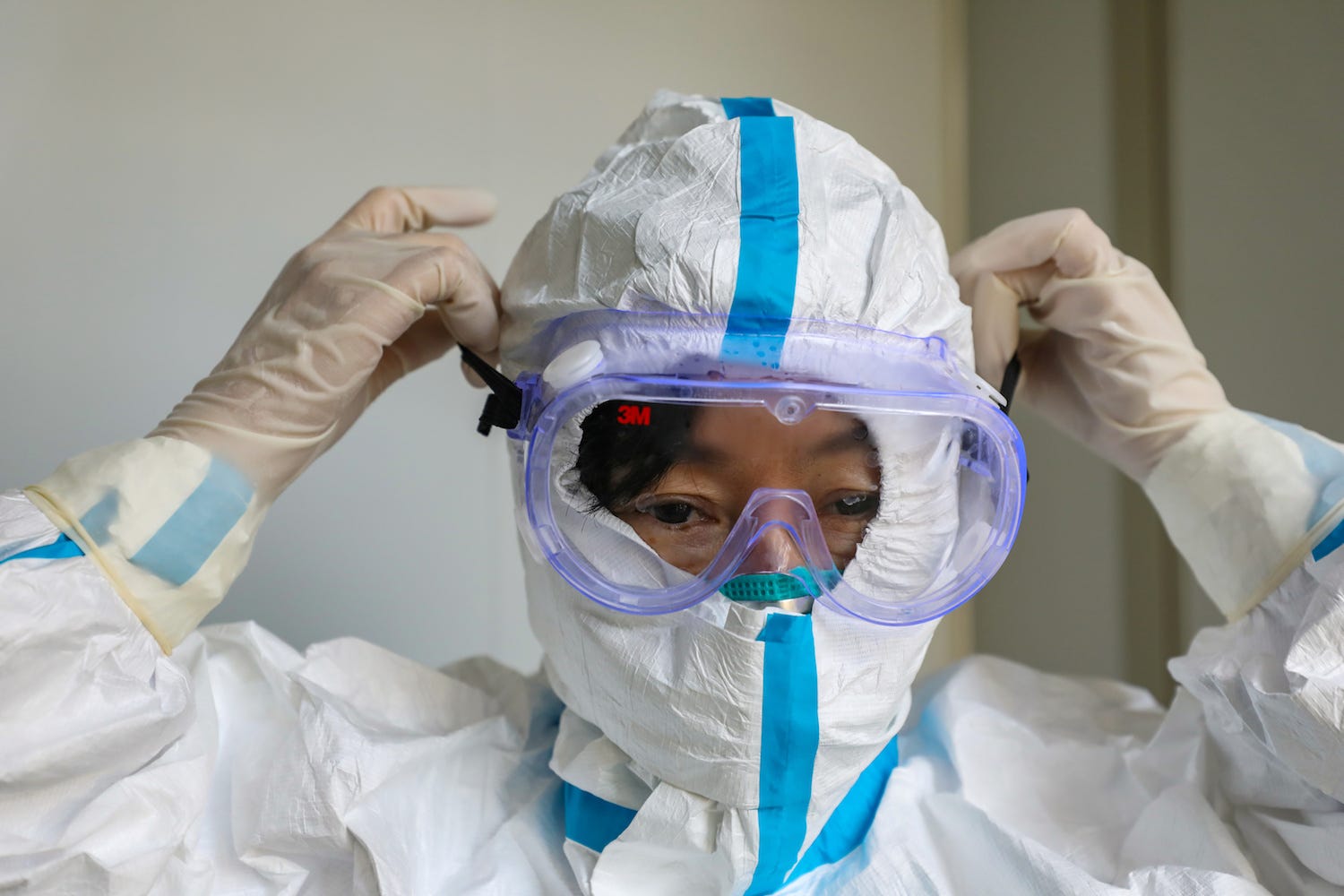 ReutersA doctor puts on protective goggles before entering the isolation ward at a hospital, following the outbreak of a new coronavirus in Wuhan, Hubei province, China on January 30, 2020.

A Wuhan doctor said she wishes she could rewind the clock to December when she first sounded the alarm about a new pneumonia-like virus – only to back away after being reprimanded by Chinese officials.

Ai shared a picture of the report on a WeChat group on December 30, and then its members circulated that photo more widely.Whistleblower doctor Li Wenliang, 34, who was silenced by Chinese officials and then died of the COVID-19 virus, was part of that group.

Ai said she also gave hospital authorities a heads-up about the virus.

“I even grabbed our hospital respiratory department director, who happened to be passing my office, and told him that one of his patients was confirmed to have been infected with a SARS-like virus,” Ai said to People magazine, the Post reported.

The next day, hospital leaders told Ai that Wuhan’s health commission had forbidden frontline medical workers from saying anything about the virus in a bid to avoid panic.

Ai said she was also censured by a hospital official, who accused her of “spreading rumours,” the Post reported. She was ordered to not speak about it even to her husband and to inform her staff members that they were not permitted to publicly disclose any information about the illness.

“My mind just went blank,” Ai told the magazine. “He wasn’t criticising me for not working hard … He made me feel that I alone had ruined the future of Wuhan. I was in despair.”

“How could I refrain from discussions with my medical colleagues knowing that a new and significant virus had emerged? I followed my intuition as a doctor so what mistakes did I make?” Ai wondered.

It has been widely reported that the coronavirus originated in a wet market in Wuhan, and Ai said initial patients were in some ways linked to the market. But, soon that trend changed, and more family clusters began to show up.

“If there’s no people-to-people transmission, why did the patients continue to increase after the Huanan market was closed?” Ai said.

An investigation from the Chinese outlet Caixin found that more than 230 of 4,000 staff members at the Wuhan Central Hospital have contracted the coronavirus. This is the highest rate of infection at all Wuhan medical centres.

Dr. Li Wenliang died in February and was followed by other doctors Jiang Xueqing and Mei Zhongming in early March. Ophthalmologist Zhu Heping died on March 9, marking the fourth fatality among medical workers.

Frontline medical staff were kept ‘in the dark’

A department head who asked to stay anonymous told Caixin that Chinese authorities have risked people’s lives by spreading misinformation.

“The false information released by the relevant departments – claiming the disease was controllable and would not spread from human-to-human – left hundreds of doctors and nurses in the dark, doing all they could to treat patients without knowing about the epidemic,” the source said. “And even when they fell ill, they could not report it. They could not alert their colleagues and the public in time despite their sacrifice. This is the most painful loss and lesson.”

Doctors at Wuhan Central Hospital also pointed to other factors that put them at heightened risk, Caixin reported. 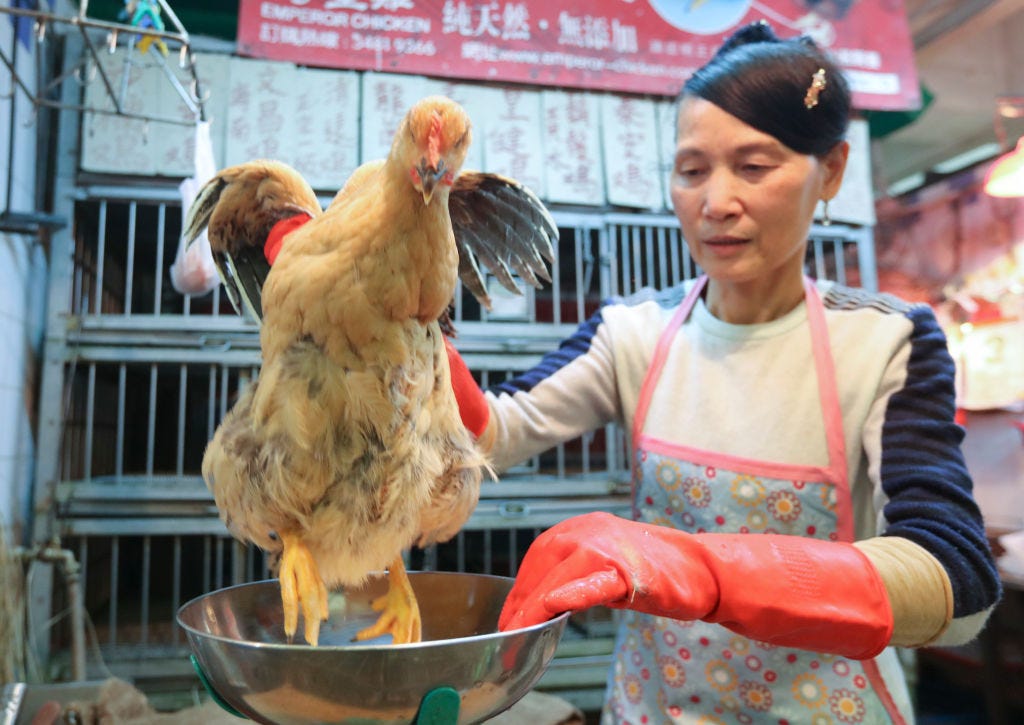 To start, they were at close proximity to the South China Seafood Market, where a majority of early cases are believed to have sparked. First-generation virus infections are likely more lethal, Caixin said. Li and Mei reportedly contracted the virus from the same patient.

Also, early January saw a large number of patients come to the hospital with elevated temperatures. At the time, another local hospital was treating only those coronavirus patient who had in some way come in contact with the seafood market. All others were being shipped off to the Central Hospital where staff were not experts in contagious diseases and so got sick.

Meanwhile, doctors were not allowed to report cases that they encountered.

A law enforcement official visited the hospital on January 12, Caixin reported, and told medical staff that the infectious disease forms could only be completed and submitted with guidance from experts at the city and provincial levels.

The next day, Wang Wenyong, who leads infectious disease control at Wuhan’s Jianghan district disease control centre, told Wuhan Central hospital to alter a suspected coronavirus report to say that patients were suffering from other illnesses.

And the district health authority, rather than collecting samples and consulting with the hospital, asked medical staff to wait, causing an ill-afforded delay, doctors said to Caixin. And all the while, patients poured in and the number of cases continued to climb. 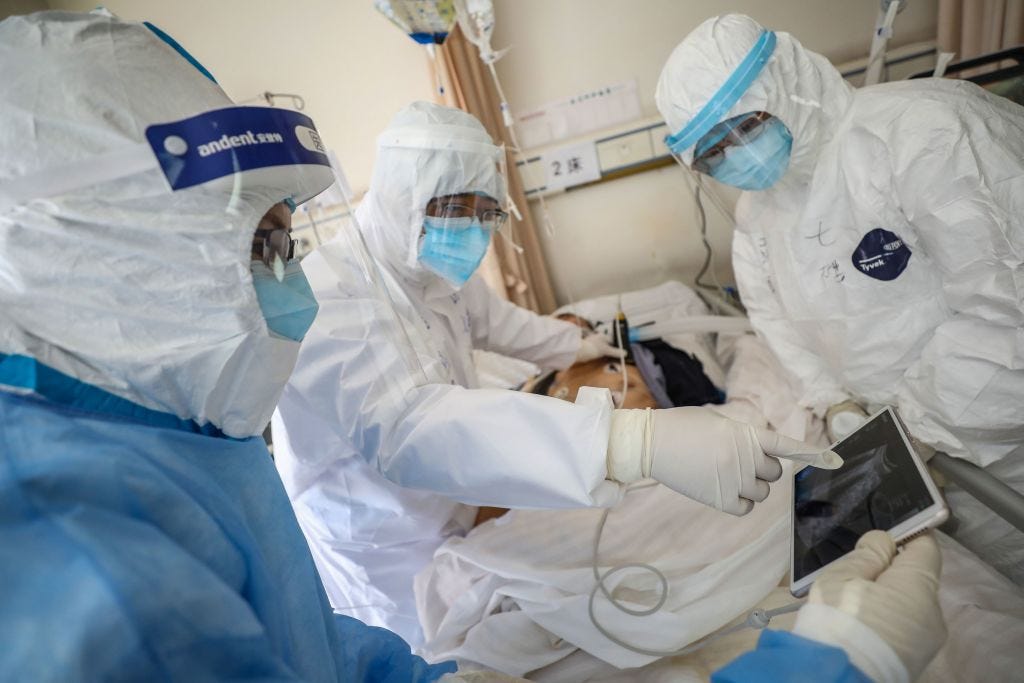 STR/AFP via Getty ImagesA doctor examines a patient who is infected by the coronavirus at a hospital in Wuhan in China’s central Hubei province.

‘I would have told everyone, even though I was warned’

Now, Ai says she “really regrets” not telling more people about what she was seeing because her fellow doctors may not have died if they “could have been warned earlier,” according to the Post.

“As a clinician, when I discover a very important virus, how could I not tell other doctors… I did the thing that a doctor, a normal human being would do,” said Ai. “If the public could be alert for the virus since Jan. 1, then there would not be so many tragedies.”

The censoring that Ai complained about continued into this week,Quartz reported, with her article being deleted from People’s WeChat page.

However, Chinese WeChat users, who rallied for freedom of speech after Wenliang’s passing, defied censors by writing the story backward, inserting emojis and Braille symbols, and even using a coded, so-called “Martian” language that relies on ancient Chinese characters. Translated to English and German, the article was re-shared to WeChat, only to be taken down again, Quartz found.

For her part, Ai said if she had known how the coronavirus would go on to infect more than 127,000 people and kill over 4,700 others, “I would have told everyone, even though I was warned,” she said. “I have thought many times: if only time could be turned back.”