The novel coronavirus seems to have a low fatality rate, and patients are making full recoveries. Experts reveal why it's causing panic anyway. 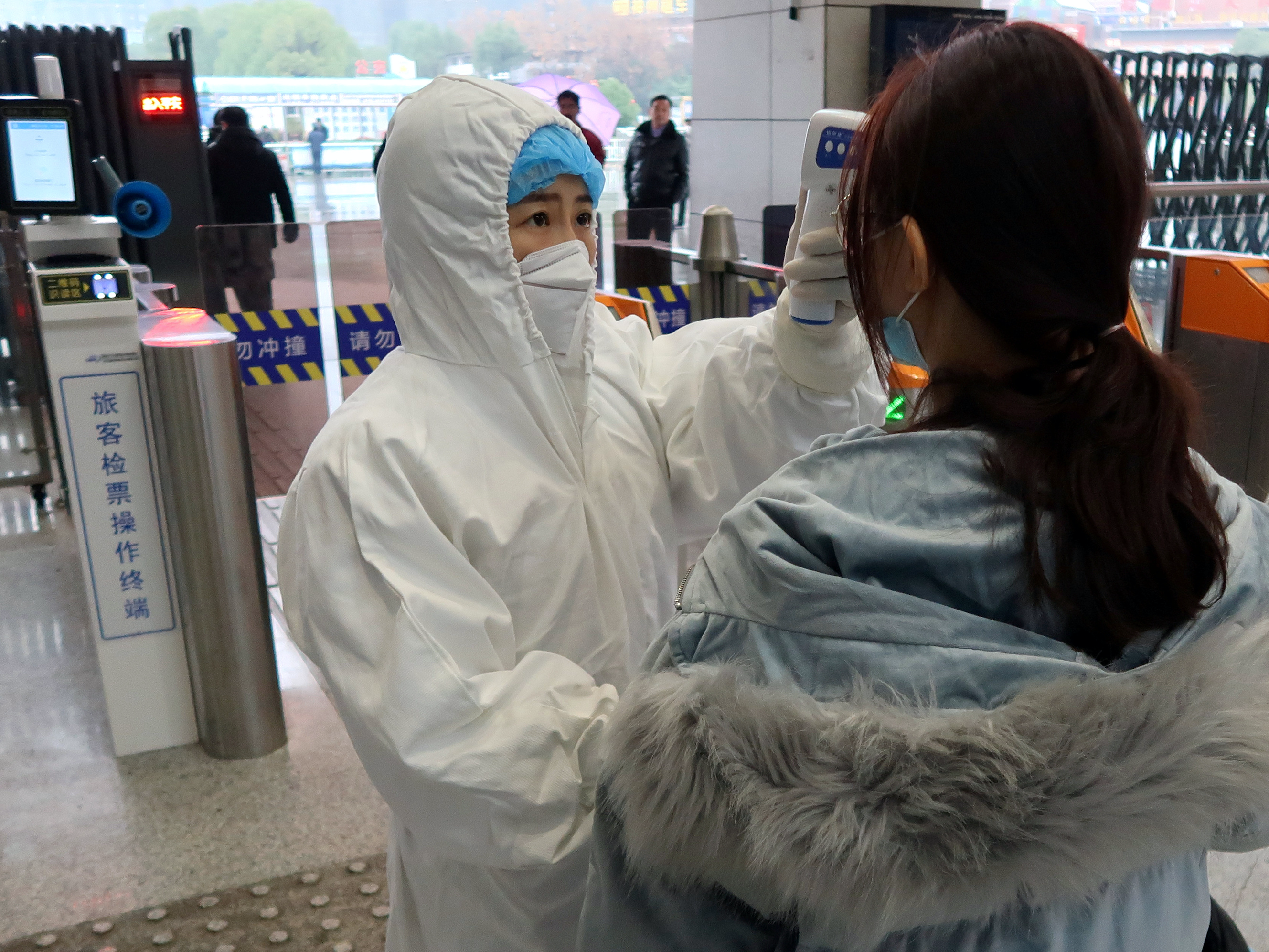 REUTERS/Martin PollardA passenger’s temperature is checked at the Xianning North station in China.

The coronavirus outbreak that originated in Wuhan, China, in December has sparked fear and anxiety around the world.

The pneumonialike virus has infected more than 78,000 people and killed 1,875. So far, the virus appears to be more contagious but less deadly than SARS. Whereas the latter had a mortality rate of 9.6%, only 2.3% of people infected with the new coronavirus have died. (The number of people infected and the death toll have surpassed the SARS outbreak’s eight-month total, however.)

According to Chinese officials, 7,862 patients with coronavirus have made full recoveries since the outbreak began.

Most of those who’ve died, meanwhile, were elderly or had other ailments that compromised their immune systems. About 80% of patients have experienced mild symptoms, according to new report from the Chinese Centre for Disease Control and Prevention that looked at 72,314 cases. It’s the largest analysis released so far.

Given this information, some public-health experts say that for the most part, panic over the coronavirus among those outside of China is unproductive and unwarranted. Amira Roess, a professor of global health and epidemiology at George Mason University, told Business Insider that excess fear could even cause negative social impacts. 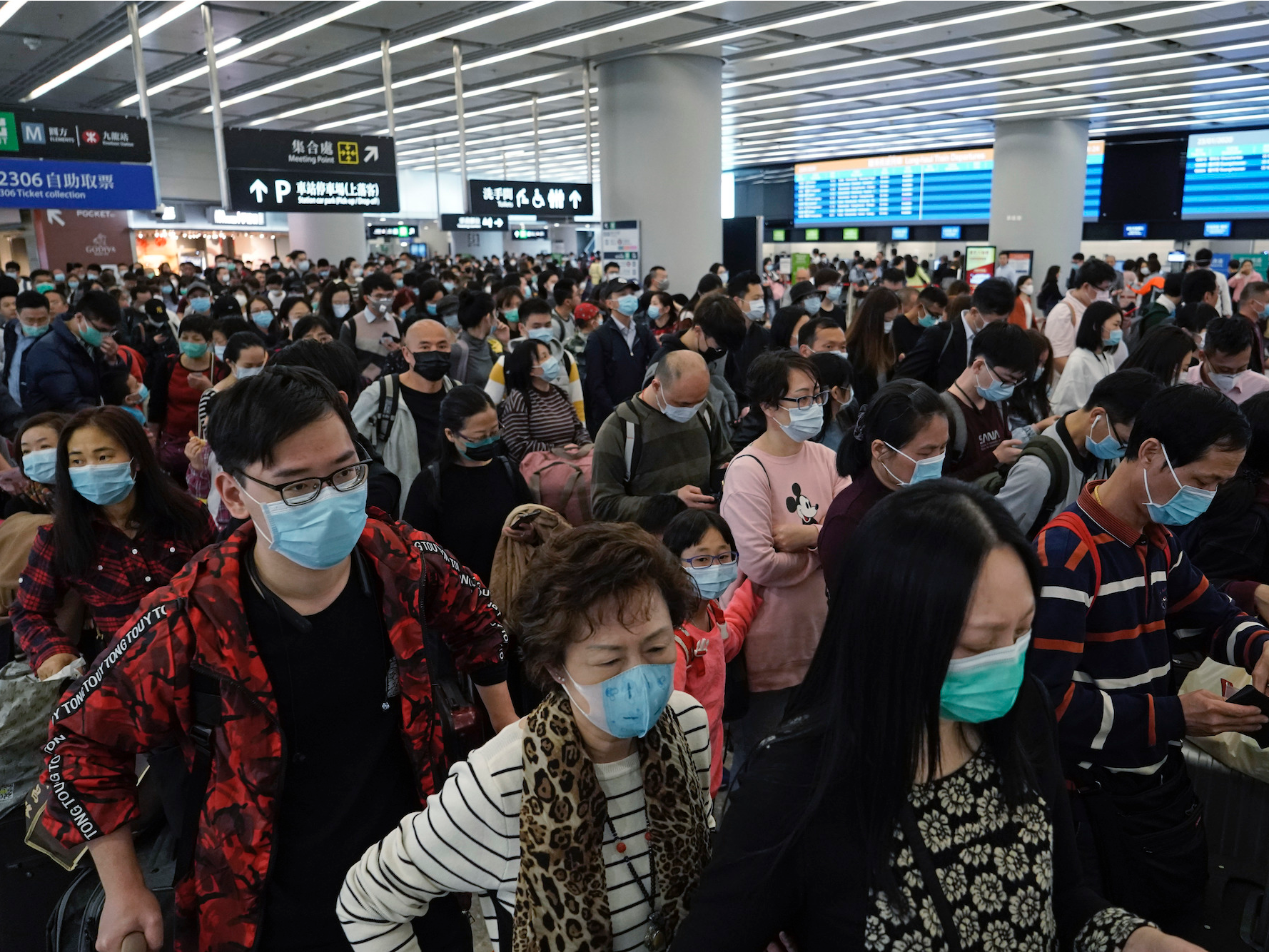 AP Photo/Kin CheungPassengers at the departure hall of the high-speed train station in Hong Kong.

In the early stages of an infectious-disease outbreak, Roess added, much of the panic is “fear of the unknown.”

Still, experts recommend the public take precautions to avoid getting sick, but the most effective measures are everyday actions like increased handwashing and not touching your face.

For example, there’s about a one-in-seven chance that heart disease will be the cause of an American’s death, whereas the chance they will die at the hands of a foreign-born terrorist is one in 45,808. But according to a 2016 Chapman University survey of American fears, “terrorist attack on nation” and “victim of terrorism” both ranked among the respondents’ top five worries.

This dynamic played out in countries outside of Africa during the Ebola outbreak in West Africa from 2014 to 2016, according to Paul Slovic, a psychologist and the president of the nonprofit Decision Research.

“What happened was quite consistent with what we know about risk perception,” Slovic wrote in an article for the American Psychology Association. “The minute the Ebola threat was communicated, it hit all of the hot buttons: It can be fatal, it’s invisible and hard to protect against, exposure is involuntary, and it’s not clear that the authorities are in control of the situation.” 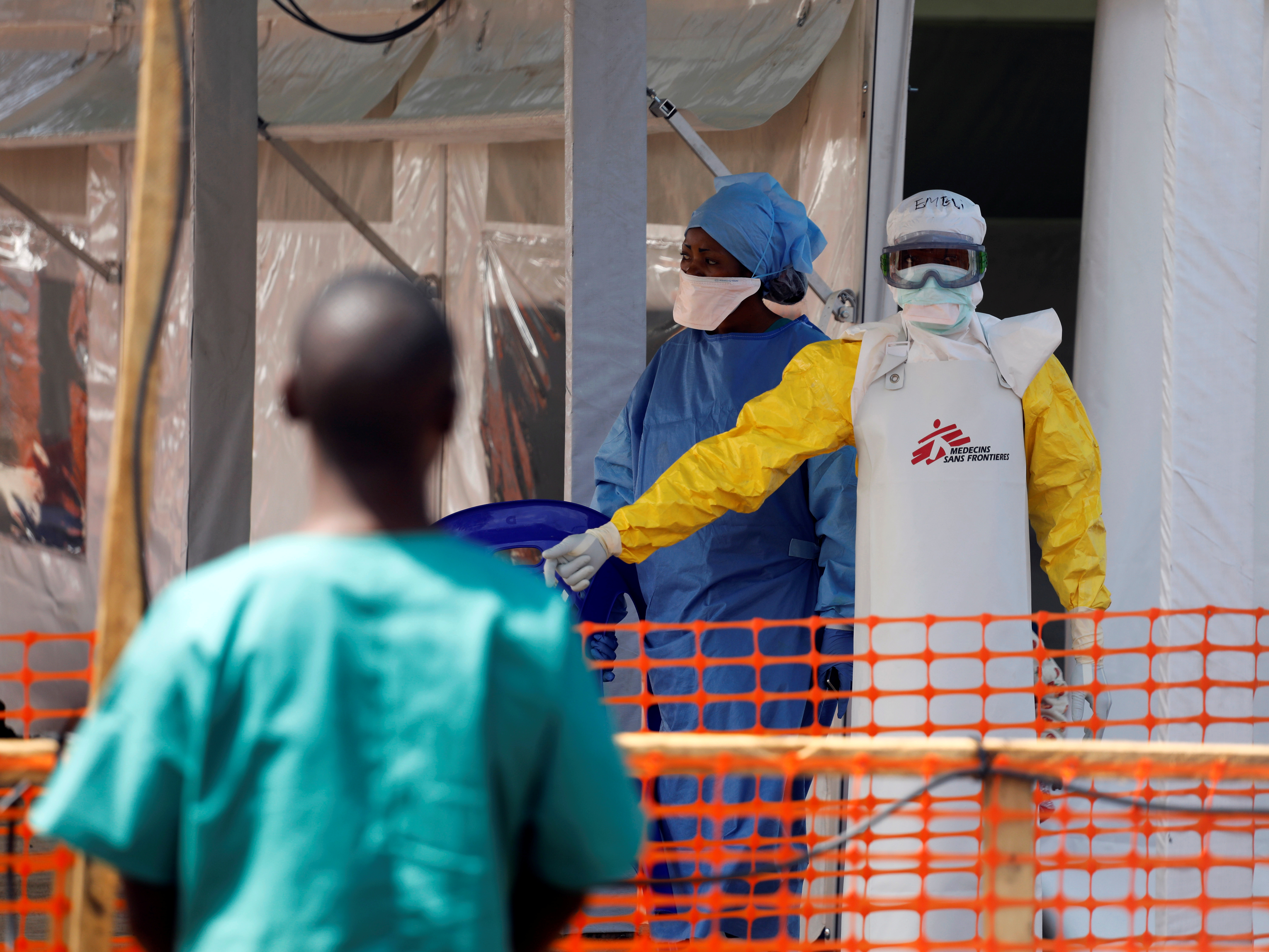 ReutersA health worker and medical staff at an Ebola treatment centre in Goma, Democratic Republic of the Congo.

Past outbreaks of Ebola, however, had much higher death rates than both SARS and the new coronavirus: 25 to 90%. Worldwide, Ebola has killed more than 33,000 people since 1976.

Nationals of Asian descent in France, Canada, and the US have reported incidents of racism because of public fears of the Wuhan coronavirus.

Nearly 9,000 parents near Toronto signed a petition to prevent students who had travelled to China in the past 17 days from attending school, The Guardian reported.

“This has to stop. Stop eating wild animals and then infecting everyone around you,” one petition signer wrote. “Stop the spread and quarantine yourselves or go back.”

According to The New York Times, businesses throughout Hong Kong, South Korea, and Vietnam have posted signs telling customers from mainland China they are not welcome.

Asian students at Arizona State University, meanwhile – where a US case of coronavirus was confirmed – said they were facing jokes, stares, and isolation on campus.

“I cough in class and everybody looks at me,” a Vietnamese American freshman at ASU told Business Insider’s Bryan Pietsch.

Misinformation about the coronavirus has spread as well – no, oregano oil will not cure it, nor will drinking bleach.

Reasons for hope during this coronavirus outbreak

Experts say a few factors should ease global fears about the coronavirus: First, it was identified and determined to be a new virus more quickly than ever before. A week after it was discovered, Chinese authorities had already sequenced the virus and shared it with labs around the world.

“Something that’s remarkable here is that within a week, the RNA sequences of the virus are available on the internet, and many can look at it and begin to understand it,” Richard Martinello, an associate professor of infectious disease at the Yale School of Medicine, told Business Insider. “That’s something that’s never been done before.”

Second, a variety of advancements in medical technology since coronaviruses were discovered in the 1960s have allowed clinical labs and virologists to conduct more in-depth research into the way zoonotic viruses work. 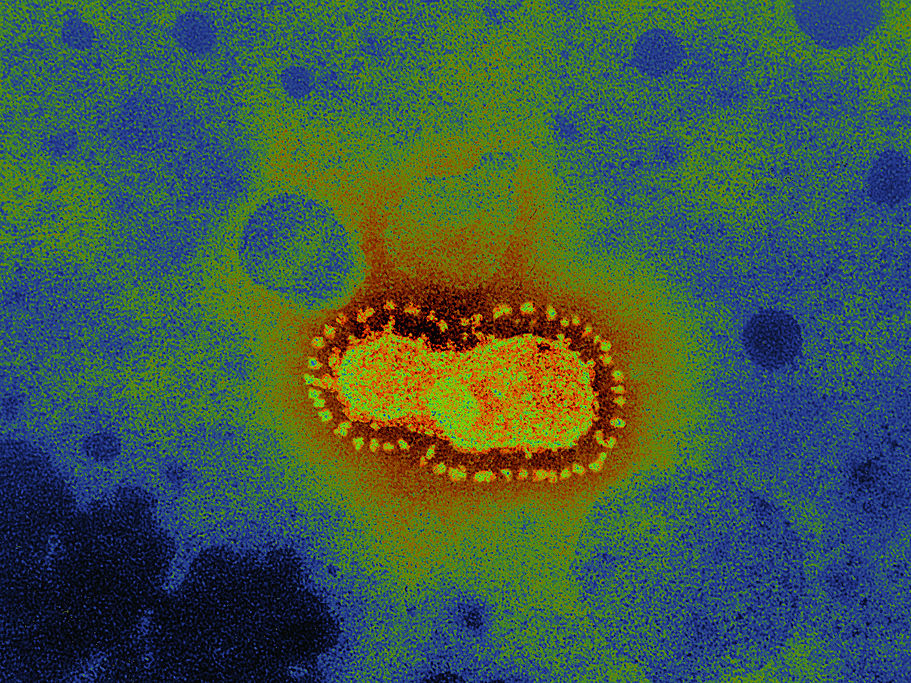 BSIP/UIG Via Getty ImagesThe crown shape of the coronavirus gives it its name.

For example, though scientists already knew coronaviruses could infect humans because they’re a cause of the common cold, the SARS outbreak marked the first time a coronavirus was traced back to animals. (It’s possible, however, that coronaviruses from animals have made people sick in the past, Martinello said.)

Martinello also said that for people in the US, the seasonal flu poses a much higher risk. At least 19 million Americans contracted the flu in the last four months and 10,000 have died since October.

The preventative measures for both the flu and the coronavirus are the same: handwashing, avoiding face touching, and steering clear of contact with anyone who’s sick.

However, the familiarity of the seasonal flu means the general public usually underreacts to its threat. Martinello said he hopes the widespread worry about the coronavirus could lead to lower rates of seasonal flu this year as people take better precautions.