Five people in the US have been diagnosed with the coronavirus that originated in Wuhan, China.

The latest confirmed case, announced Sunday, is a resident of Maricopa County, Arizona, who recently returned from Wuhan. Two other cases were confirmed in California on Sunday, and the Chicago and Seattle areas each have one case.

Although the CDC considers this coronavirus (whose scientific name is 2019-nCoV) to be a serious public-health concern, the agency said in a statement Friday that “the immediate health risk from 2019-nCoV to the general American public is considered low at this time.”

A graver health risk for Americans – not just right now, but every year – is the flu.

Since October, up to 20,000 people in the US have died of influenza. The coronavirus, meanwhile, has infected more than 4,600 people worldwide and killed 107.

“When we think about the relative danger of this new coronavirus and influenza, there’s just no comparison,” William Schaffner, a vaccine expert at Vanderbilt University Medical Centre, told Kaiser Health News (KHN). “Coronavirus will be a blip on the horizon in comparison. The risk is trivial.”

Tens of thousands of Americans die of flu every year

At least 15 million Americans have caught the flu in the last four months; nearly a quarter million of them went to the hospital. Since flu season peaks between December and February, the worst could be still to come.

“Influenza rarely gets this sort of attention, even though it kills more Americans each year than any other virus,” Peter Hotez, a virologist at Baylor College of Medicine, told KHN.

The flu is not just a US problem, of course. According to the World Health Organisation, seasonal influenza epidemics cause between 3 million and 5 million severe cases worldwide every year and kill up to 650,000 people per year.

Comparing the flu and the Wuhan coronavirus

Both the flu and the coronavirus can be transmitted from person to person via coughing and other close contact.

So far, experts report that the median age of those who have died from the Wuhan coronavirus is around 75. Many of these individuals had other health issues like high blood pressure, diabetes, and Parkinson’s disease.

According to Adrian Hyzler, chief medical officer at Healix International, children, elderly people, pregnant women, and those who are immuno-compromised are more susceptible to the Wuhan coronavirus’ severest complications.

“The people who are likely to die at first will be people who have other illnesses,” he told Business Insider. “But as it spreads, it will pick up more people like flu does – people in their 30s, 40s, who are otherwise good and well but unfortunately get ill,” Hyzler’s added. His firm offers risk-management solutions for global travellers.

Currently, the fatality rate for the coronavirus is less than 3%. While the flu’s fatality rate is lower than that, the CDC is still far more concerned about protecting Americans from influenza.

Every year, the flu causes between 9.3 million and 49 million illnesses in the US.

“It is currently flu and respiratory disease season, and CDC recommends getting vaccinated, taking everyday preventive actions to stop the spread of germs, and taking flu antivirals if prescribed,” the agency said in a statement Friday.

The coronavirus doesn’t have a vaccine

A key difference between the flu and the Wuhan coronavirus is that the former has a vaccine.

“Simply having the choice about whether or not to receive a flu shot can give people an illusion of control,” Schaffner told KHN. (The seasonal flu vaccine is never perfect, however. It was about 29% effective last year among Americans.)

Fewer than half of US adults got a flu shot during the 2018-19 season, according to the CDC. Only 62% of children received the vaccine.

Because the Wuhan virus is new, experts have not had time to develop a vaccine.

“If Wuhan were to explode, a vaccine best-case scenario is three-quarters of a year, if not longer,” Vincent Munster, a virologist at the Rocky Mountain Laboratories, told Business Insider.

Several companies, including Moderna, Novavax, and Inovio, have announced preliminary vaccine-development plans. But getting a vaccine to market has historically been an arduous, multi-year process (the Ebola vaccine took 20 years to make). None of the companies have provided expected timelines.

China has quarantined Wuhan and 11 other cities to stop the virus’ spread, though cases have been reported in 16 other countries, including the US, France, and Japan.

The outbreak isn’t considered a pandemic, however. The World Health Organisation has so far not declared it a global public-health emergency either. 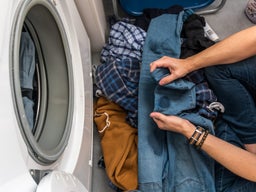 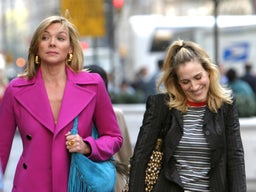 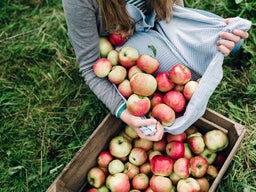