The number of coronavirus cases in China's Hubei province dramatically jumped by 15,000 overnight. Here's why. Thomas Peter/ReutersA medical worker holds a thermometer to check a passenger’s temperature at a checkpoint in Anhui province, China.

Hubei province, where Wuhan is located, recorded a dramatic spike of almost 15,000 new cases and 242 new deaths in just 24 hours after provincial authorities changed their method for diagnosing cases.

The Hubei Health Commission announced Thursday that it had started including diagnoses made via CT scans of patients’ lungs in its case total, rather than just patients with confirmed lab-test results. The CT scans can reveal pneumonia-like fluid buildup in the lungs.

The idea is that using CT scans allow hospitals to identify the patients and isolate them faster, Reuters reported the commission as saying.

Authorities had previously used RNA tests, which require taking patients’ blood and testing for the coronavirus in labs.

But getting results from this method can take days, and health authorities in Hubei have reported a shortage of test kits.

They have also been overwhelmed by the number of cases and potential cases across its cities, including Wuhan.

However, testing new cases with CT scans – rather than with blood tests – could be a less thorough method of confirming new cases. Testing with the old method require lab-test confirmation, while the new method does not. 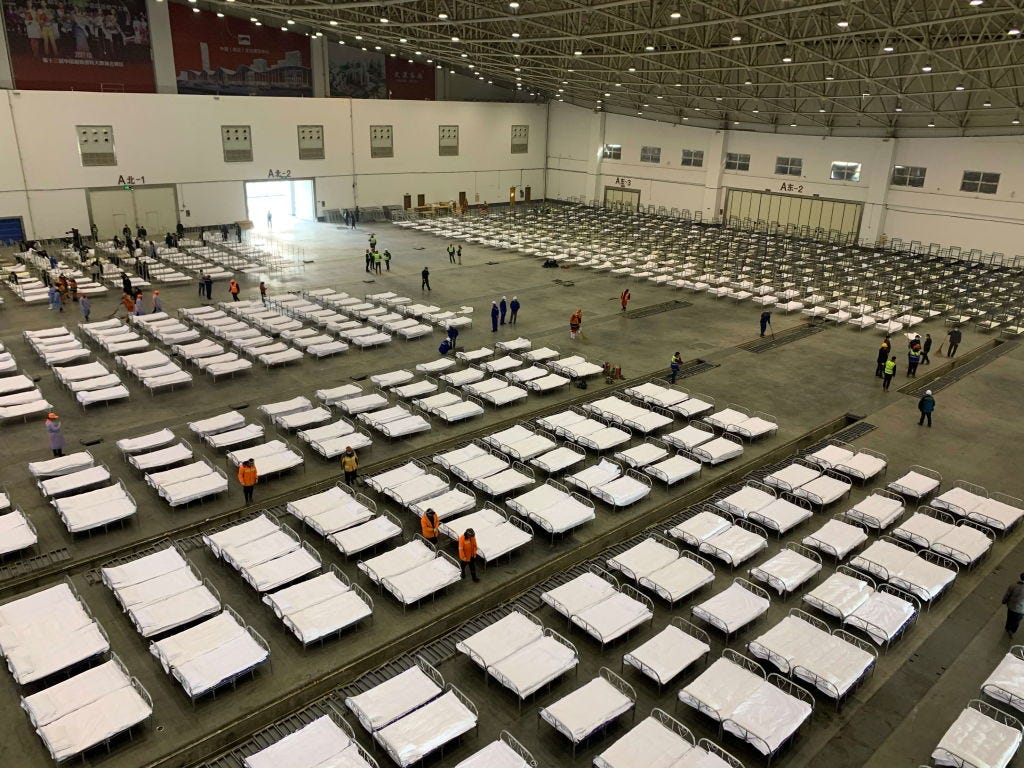 Feature China/Barcroft Media via Getty ImagesWorkers arrange beds in a 2,000-bed mobile hospital set up in an exhibition centre in Wuhan on February 4, 2020.

The number of new cases on Thursday – 14,840 – is the highest reported in a single day since the outbreak began. Two hundred and twenty-four new deaths is also the biggest daily rise in the death count.

Only around 30,000 cases had been recorded in the province as of Wednesday, meaning the number of cases surged by around a third in 24 hours.

Had officials only used the old method of blood testing in Thursday’s account, they would record 1,508 new cases, Reuters reported.

Authorities said that 13,332 of the new cases were “clinically diagnosed” – meaning the new method – which rendered the 1,508 figure. 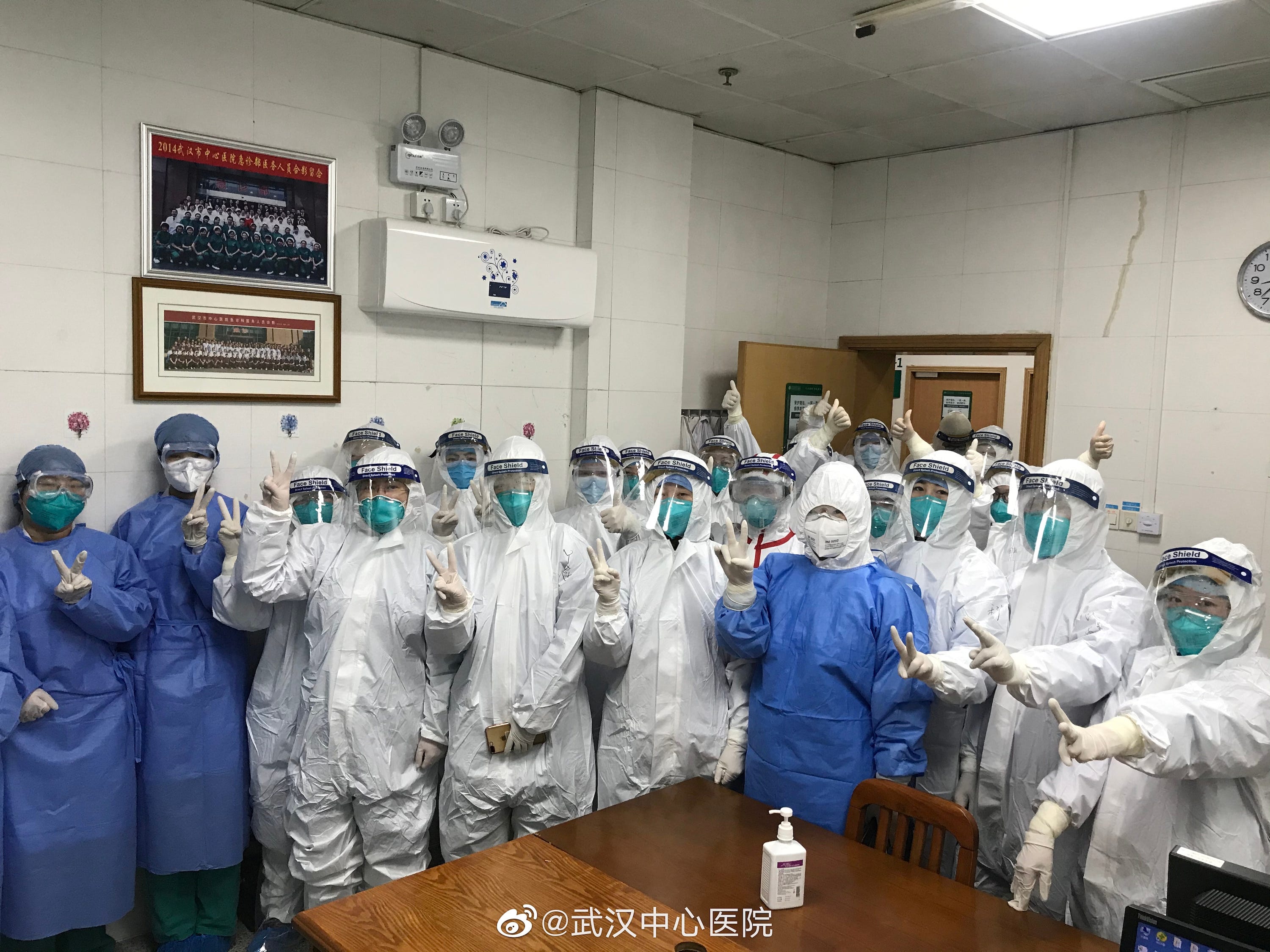 But debate has raged over the accuracy of China’s figures since it first started reporting on the novel coronavirus.

Other provinces in China have also not made the same changes in diagnosis methods as Hubei, and the national health authority – unusually – did not put out an updated total for the country on Thursday. 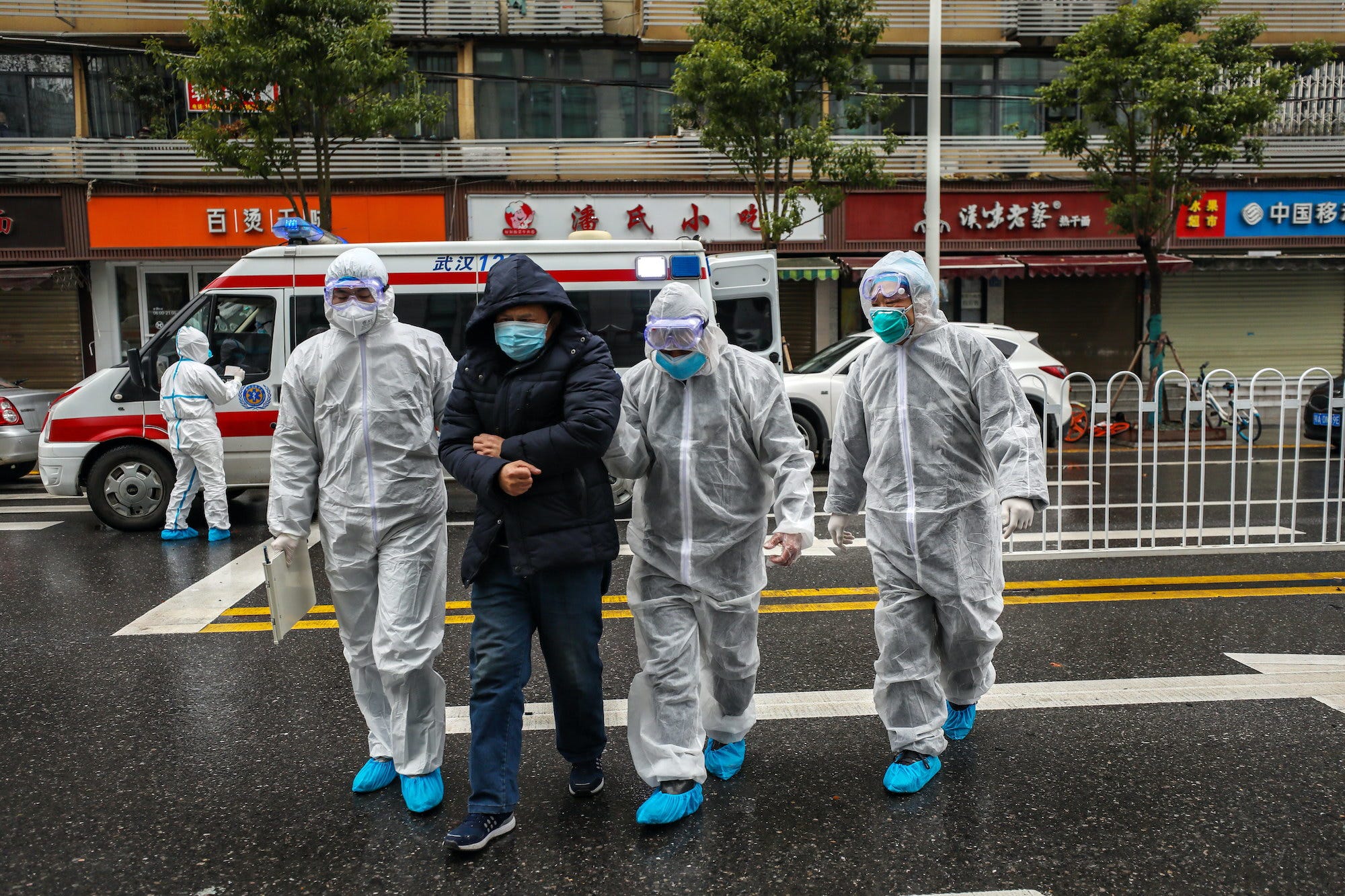 Getty ImagesMedics help a patient walk into a hospital in Wuhan on January 26, 2020.

Kerry Brown, director of the Lau China Institute at King’s College, London, told The New York Times on Wednesday: “It’s pretty clear that there is an issue with trust about whatever the Chinese government comes out with at the moment.”

“That may be terribly unfair,” he told the Times. But “to redefine things – even legitimately – at a moment like this is always going to be a presentational challenge, because people are going to be very sensitive, and they’re going to suspect there’s another agenda,” he said.

On Wednesday, the World Health Organisation also warned against drawing conclusions from figures, even if they are correct.

Tedros Adhanom Ghebreyesus, the group’s head, said that any apparent slow in the spread of the coronavirus should be viewed with “extreme caution,” adding: “This outbreak could still go in any direction.”

The ruling Communist Party has also removed and demoted a number of officials, from high-ranking politicians to lower-level health officers, and accused many of failing to adequately contain the spread of the outbreak.

With these new figures from Hubei, the coronavirushas killed more than 1,350 people and infected over 60,000 people worldwide. While the vast majority of cases are in China, the coronavirus has also spread to at least 25 other countries.