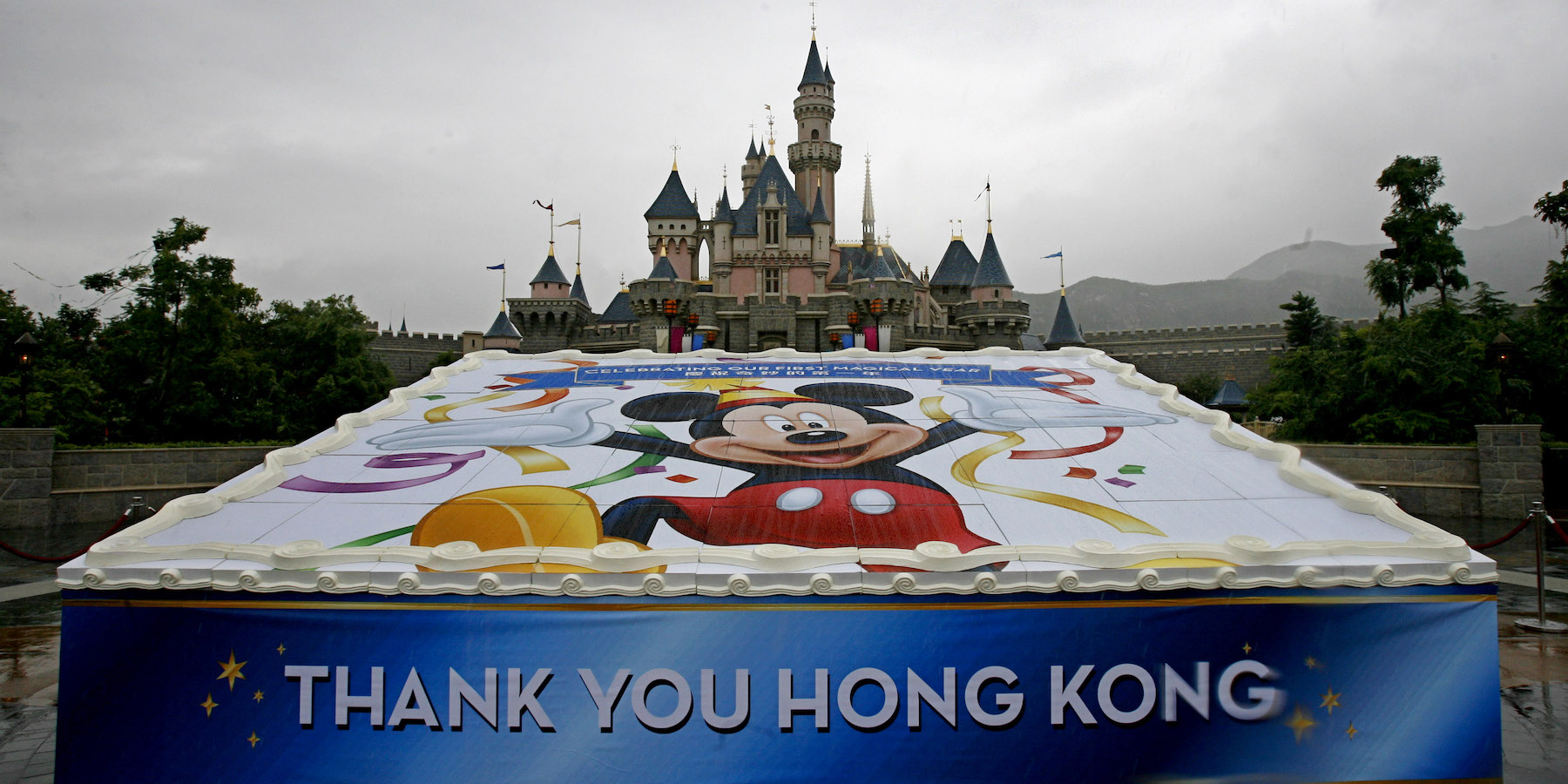 AP Photo/Vincent YuCelebrations to mark the first anniversary of the opening of the theme park in Hong Kong Disneyland in September 2006.

Hong Kong Disneyland said it will let the government use its sites as quarantine facilities for people it fears may have caught the deadly coronavirus.

City officials announced that they had secured the permission in a press conference on Friday, CNN reported.

Edward Yau Tang-wah, the head of Hong Kong’s Commerce and Economic Development Bureau, said: “We need quarantine facilities for surveillance. We will leave no stones unturned … We have secured the company’s consent to use part of the site if it is needed.”

Hong Kong’s South China Morning Post reported that the resort is letting the government use a vacant, 60-hectare site which had been reserved for an expansion to the theme park. This would be enough space for around 600 quarantine units, the Post reported.

Hong Kong has confirmed 56 cases of the virus, and one death from it.

STR/AFP/Getty ImagesAn exhibition centre converted into a hospital in Wuhan on February 5, 2020.

Globally, the virus has infected more than 67,000 people and killed more than 1,500. The vast majority of cases are in mainland China, though cases have spread to at least 26 other countries.

Countries have adopted quarantine measures to stop the virus, which China first reported at the end of December. The US, for example, is quarantining that it brought back from China on military bases, while some people around the world are quarantined in places like cruise ships.

Most quarantines are 14 days – but studies have suggested that this might not be long enough.

It is clear when Hong Kong’s Disneyland facilities will be used, or even if they ultimately will be.

But the move was proposed by lawmakers this week, who said that people from Hong Kong who were in China’s Hubei province should be brought back the city and housed in places like Disneyland hotels, The South China Morning Post reported earlier this week.

REUTERS/James PomfretEmployees put up a sign outside the Hong Kong Disneyland saying that the theme park has been close in light of the coronavirus outbreak on January 26, 2020.

According to the Post, around 2,000 people from Hong Kong are in the province, which is home to Wuhan, the city of 11 million people that’s the epicentre of the outbreak.

It is not clear whether Hong Kong will bring these people back and use the Disneyland facilities for them, or if the facilities will be used for other people who authorities fear could have the virus.

They could also be used to house visitors from mainland China,who are required to undergo a 14-day quarantine.

One lawmaker said earlier this week that authorities should use the thee hotels at Disneyland, the Post reported. It is unclear if the government still wants to use the hotels, in addition to securing the vacant site.

The resort closed in January over the virus outbreak. 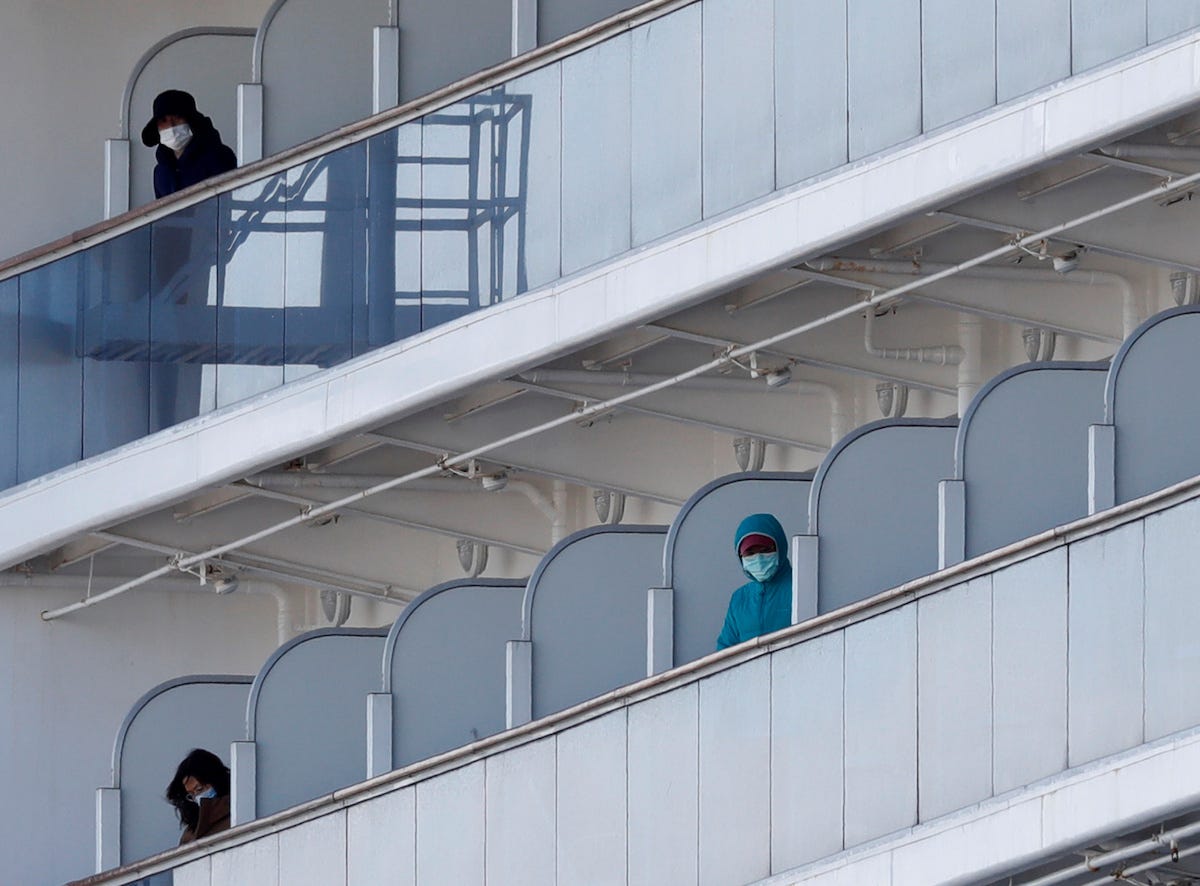 GettyPeople quarantined over the coronavirus look out of their cabin balconies on a cruise ship.

Other Hong Kong officials have said they are trying to arrange cruise ships to house quarantined patients.