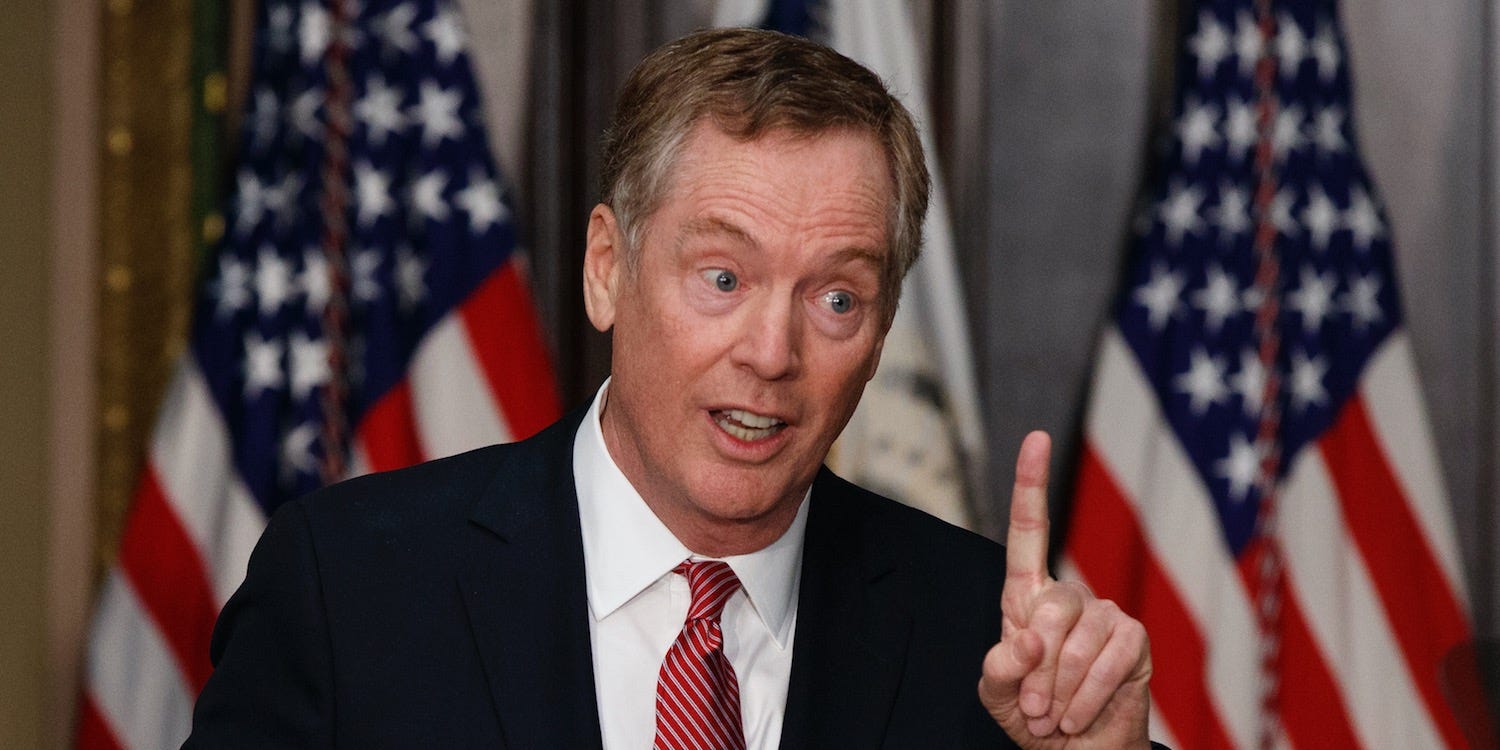 The White House plans to escalate its tensions with the World Trade Organisation by calling for a “broad reset” of its global tariff rates, US trade representative Robert Lighthizer is set to tell House representatives on Wednesday.

The Trump administration has long butted heads with the WTO, repeatedly accusing the organisation of charging unfair duties to US exporters. The White House plans to argue that a reset is needed to level the playing field and bring other developed economies’ rates more in line with the US’s.

The US’s average rate sits at 3.4%, among the world’s lowest. For comparison, the European Union’s is 5.1% and China’s is 10%. India holds the highest, at 51%. The WTO and its tariff policies “created new obligations out of thin air, preventing the United States from taking action to address unfair trade practices that hurt US workers,” the trade representative said.


Read more:
Wall Street’s best US and international stock-pickers have tripled their clients’ money since 2010. The duo break down 5 future-proof companies that will keep investors ahead of the pack through 2030.

Lighthizer is expected to deliver his statement to the House Ways and Means Committee Wednesday afternoon. He will highlight that the US is moving forward in trade talks with the EU, Britain, China, Japan, and Kenya, and that the tariff rate disparity sets the country up for failure when seeking fair deals.

The WTO and its tariff policies “created new obligations out of thin air, preventing the United States from taking action to address unfair trade practices that hurt US workers,” the trade representative said.

The proposed tariff overhaul arrives as the coronavirus pandemic tanks US trade activity. The nation’s goods and services deficit widened to $US49.4 billion in April as manufacturing and global travel froze. US exports tanked 20.5%, its biggest decline in data going back to 1992. Imports posted a record decline of 13.7%.

President Donald Trump campaigned heavily on a desire to boost national trade, yet the combination of the US-China trade war and the coronavirus have all but stifled such hopes.


Read more:
BANK OF AMERICA: Buy these 13 cheap stocks that have unexpectedly strong finances, making them great bets for the next phase of the rally