PerrierThis Perrier ad is so much worse than you think it’s going to be.

It was another banner year for terrible advertising. And while “badvertising” is often the specialty of small or local businesses, 2013 saw several major brands produce really awful commercials and promotions.

How many of these turkeys did you see? (Here’s last year’s for comparison.)

10. Spearmint Rhino Melbourne: 'Can you guess which one?' Strip club chain Spearmint Rhino's Melbourne team had Facebook users guess whose baby picture they uploaded. It didn't take long for users to look at the VHS sceenshot's time stamp and realise that the future 'stripper' was now only 14 years old. Spearmint Rhino 'liked' its own post.

It was Go Daddy's big Super Bowl ad that didn't feature implied or actual nudity. Instead, model Bar Refaeli kisses a computer nerd. The spot makes fun of them both by subjecting the viewer to an uncomfortably long period of improbable intimacy.

7. Home Depot: 'Which drummer is not like the others?'

File under 'what were they thinking?' The company ended up deleting the tweet, apologizing to everyone, and it fired the social media agency responsible. Prior to the crucial Sweden v. Portugal World Cup qualifier, Pepsi Max posted a series of images on Facebook showing a voodoo doll of the much-hated Portugese striker Cristiano Ronaldo facing impending death or peril. PepsiCo later apologized and removed the ads. Sweden lost the match 3-2, and failed to qualify for the 2014 World Cup.

5. Ford Figo: 'Leave your worries behind.' When Business Insider spotted this speculative ad for the Ford Figo by JWT India -- in which former Italian PM Silvio Berlusconi is shown with a bunch of gagged and crying women in the trunk of his car -- the agency was forced to apologise and it fired the executives responsible. Ford also apologized.

It couldn't be more off-brand: This French campaign suggested that there was a nightclub-like 'secret place' in which people drank Perrier and got ker-razy! Below: Just one of a series of highly implausible executions. 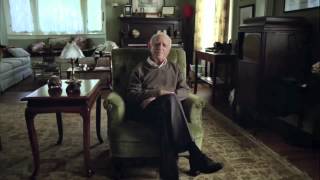 Consumers were baffled by Facebook's first big branding campaign, which posed the existential notion that 'chairs are like Facebook.' It was a rare misfire from ad agency Wieden + Kennedy, one of the hottest creative shops on the planet. Facebook has since withdrawn its official version of the ad from YouTube.

Initially, critics loved this Hyundai spot which showed a depressed man locking his car and attempting to suffocate himself with exhaust fumes. The Hyundai ix35 is a fuel cell car and its tailpipe emits only water vapor. The man eventually opens his garage door to let the steam out. The company was forced to apologise after Holly Brockwell, an ad copywriter, criticised the company for making light of suicide.

There is a long, complicated story to how Mountain Dew commissioned rapper Tyler, The Creator to make what came to be called 'the most racist ad ever.' The short version? Tyler employed a bunch of black stereotypes -- plus a goat -- to make fun of domestic violence. PepsiCo withdrew the ad (which is why it is no longer available on YouTube except as part of news reports about its demise).

It was NOT an honour to be nominated ... This campaign debuted in late 2012 but a series of new executions aired in 2013. There is a lot going wrong here: Actress Claire Forlani is English; her Scottish accent is fake. The ads shout 'all hail to the drinking man!' even though being identified as a 'drinking man' isn't necessarily a compliment. And Forlani completes each ad with an unexplained reference to an offstage presence called 'Angus,' which is confusing at best. The tagline -- 'Are you ready to take life seriously?' -- might well be asked of the brand's marketing managers.

It was the most ridiculous product launch of the year: water for women. Nestle's 'Resource' was aimed at 'a woman who is a little more on the trendy side and higher-income side, and the bull's-eye is 35 years old.' She also likes interpretative dance, apparently.