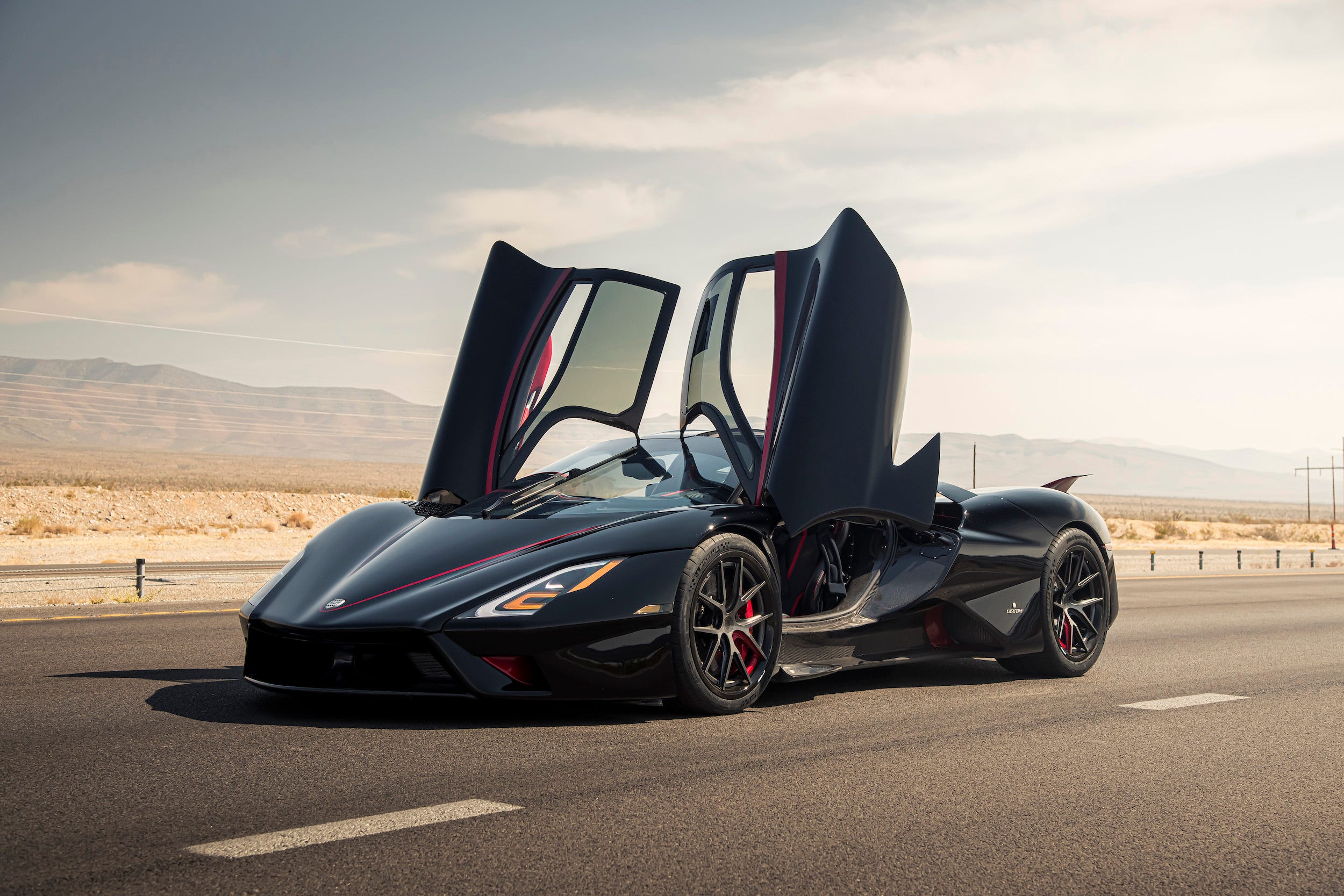 James Lipman/SSC North AmericaThe SSC Tuatara looks like someone turned a batarang into a car and can hit 316 mph.

The title of “world’s fastest production vehicle” now belongs to the Tuatara, the latest creation of SSC North America. The boutique American car company announced the record on Monday, after setting it on October 10, when the car used a claimed 1,750 horsepower to clock an average speed of 316.11 mph on a pair of high-speed runs. On the quicker of the two, the car hit 331.15 mph; it reached 301.07 on the “slower” run. 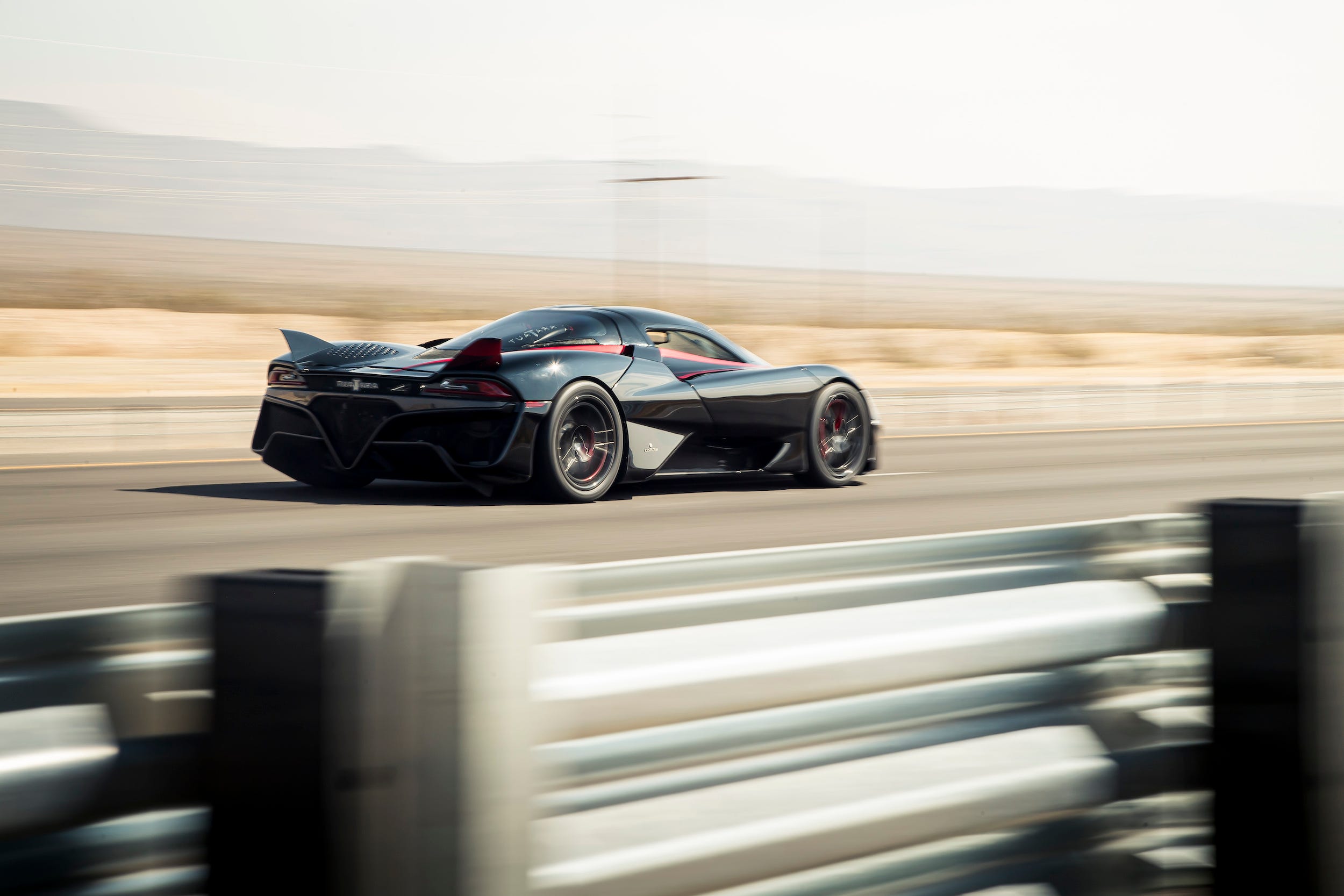 The production car speed record is what its name suggests: a record set by a street-legal production car. A car that you or I could theoretically buy and drive legally on US roads, provided that you have $US1.6 million because that’s what SSC will demand of you if you want to put the Tuatara in your driveway.

Other record criteria include travelling the same route in opposite directions (to balance out any effect of wind and terrain) and achieving the speeds within an hour. The record has to be achieved on a public road for “real world” driving conditions and the car must run on non-race fuel and be equipped with street tires. 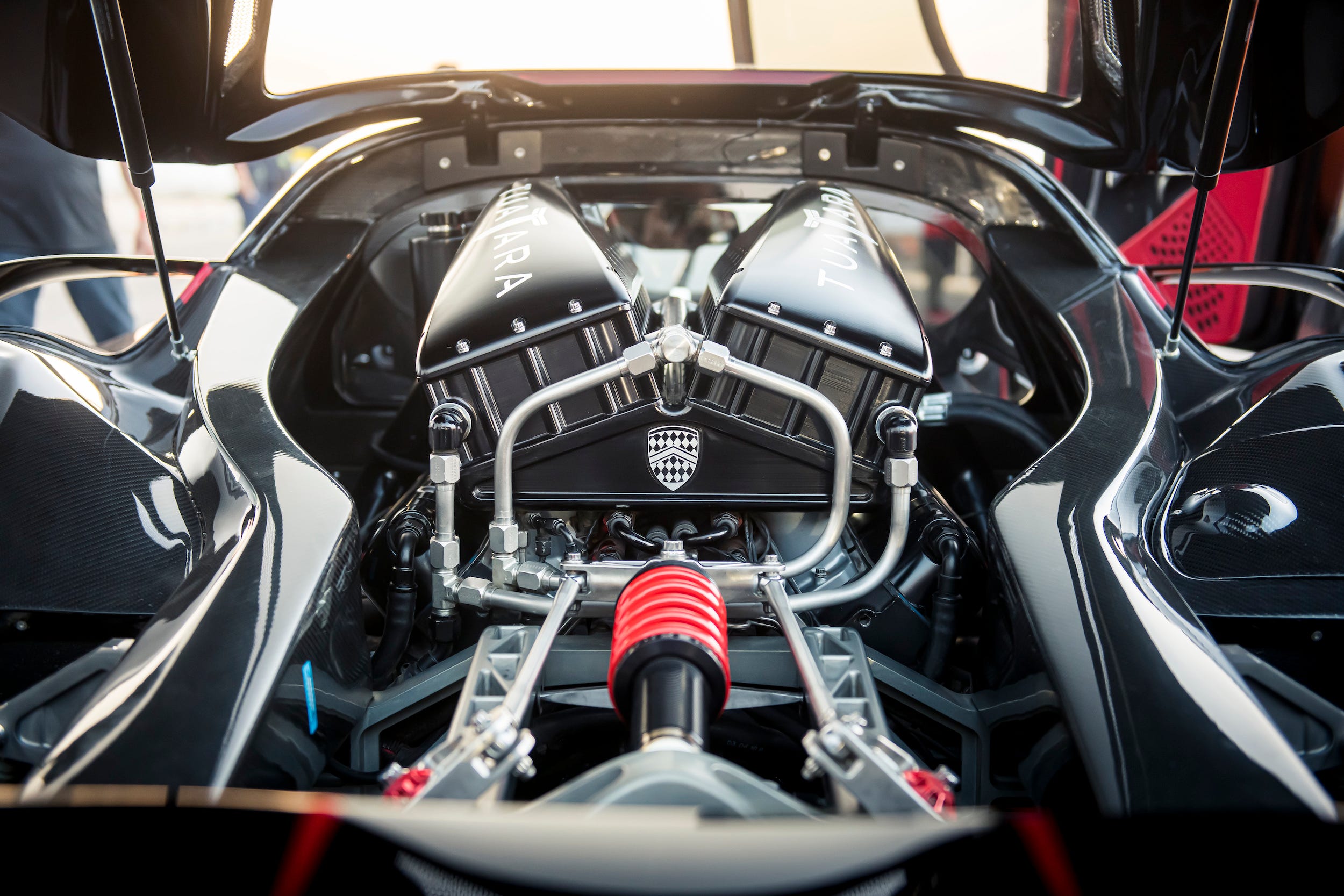 The last car to set the production car speed record was the Bugatti Chiron Super Sport in 2019 at Volkswagen’s giant Ehra-Lessien test track in Germany. The Chiron Super Sport achieved a speed of 304.77 mph, according to Ars Technica.

Pro racing driver Oliver Webb set the record outside of Las Vegas and near Pahrump, Nevada, on a closed, seven-mile stretch of State Route 160. Onsite officials, using Dewetron GPS measurements that tracked the speed runs with an average of 15 satellites, verified the new 316.11-mph record. 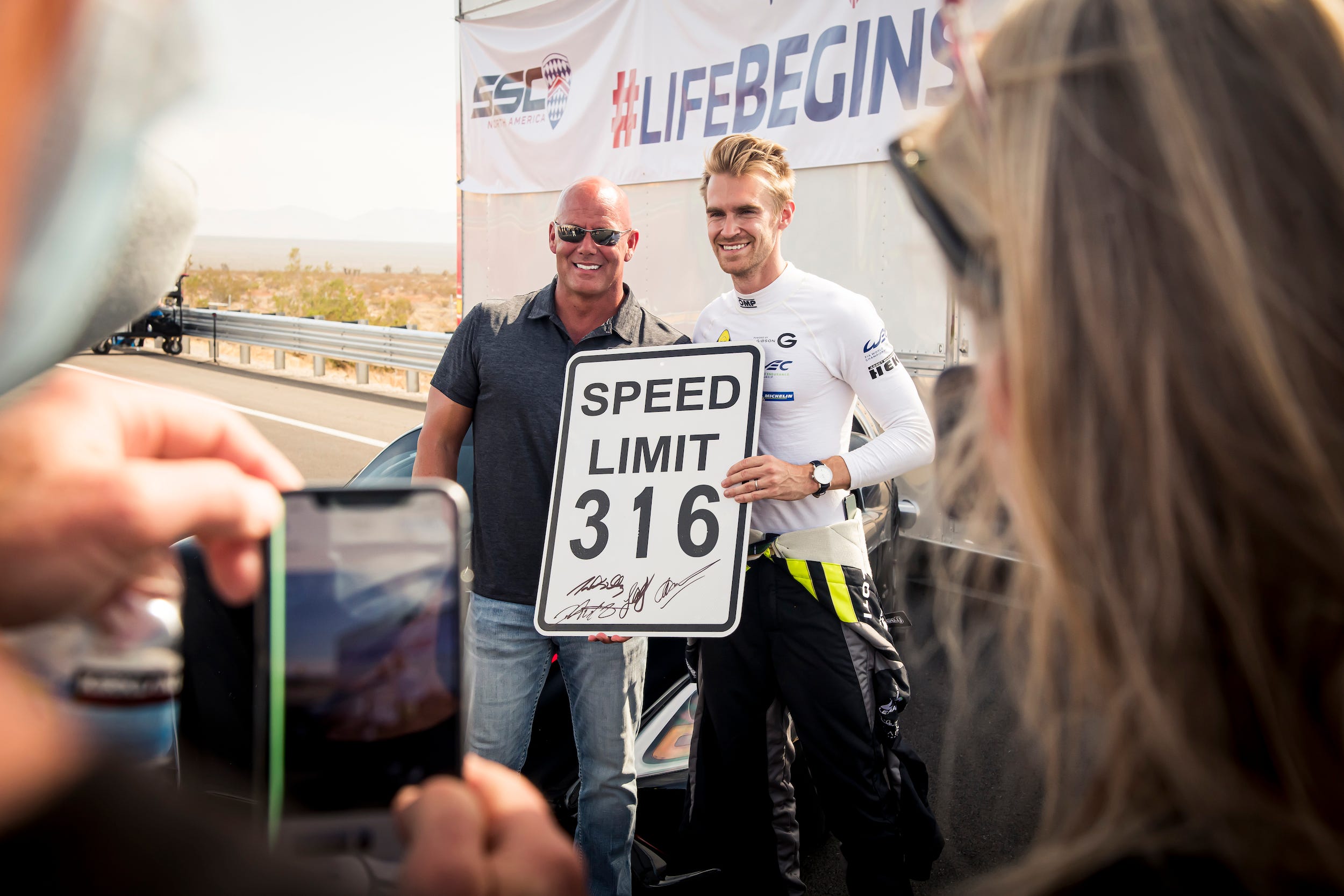 The SSC Tuatara itself uses a 5.9-litre, twin-turbocharged, flat-plane crank V8 engine that produces those 1,750 horsepower on E85, or 1,350 horsepower on 91 octane gasoline. It was designed to have a very low drag coefficient of 0.279.

SSC will build just 100 examples of the Tuatara. Fully optioned with the High Downforce Track Pack, the $US1.6 million base price jumps to $US1.9 million. Still cheaper than a Bugatti Chiron Pur Sport, though! And with so many more bragging rights. 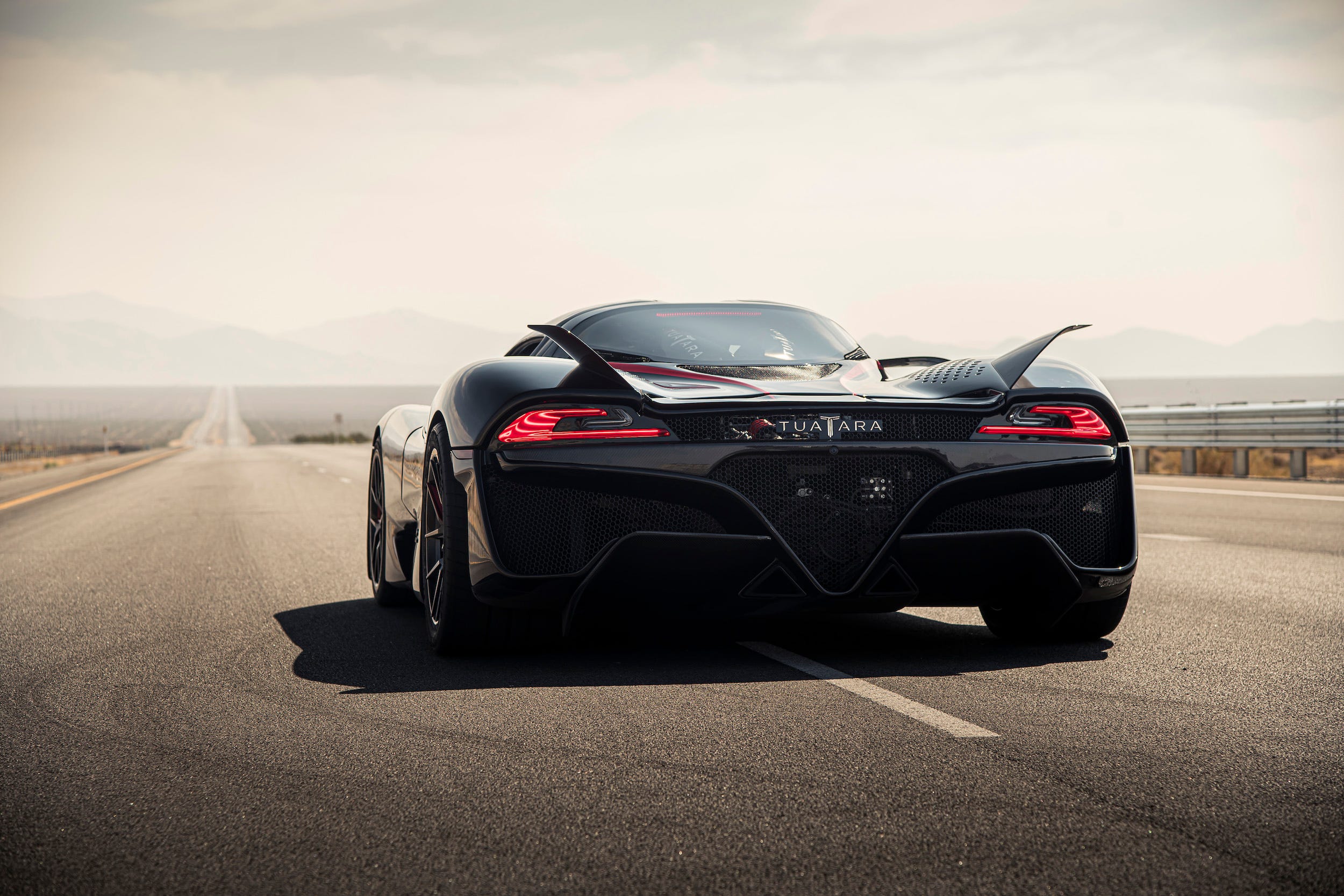 You might remember SSC as the automaker behind the SSC Ultimate Aero, which held the fastest production car record of 256.14 mph from 2007 until 2010, when the Bugatti Veyron 16.4 Super Sport claimed the title.

Car and Driver notes that even though the speed run was tested and measured according to Guinness criteria, Guinness hasn’t yet officially certified it as a world record. 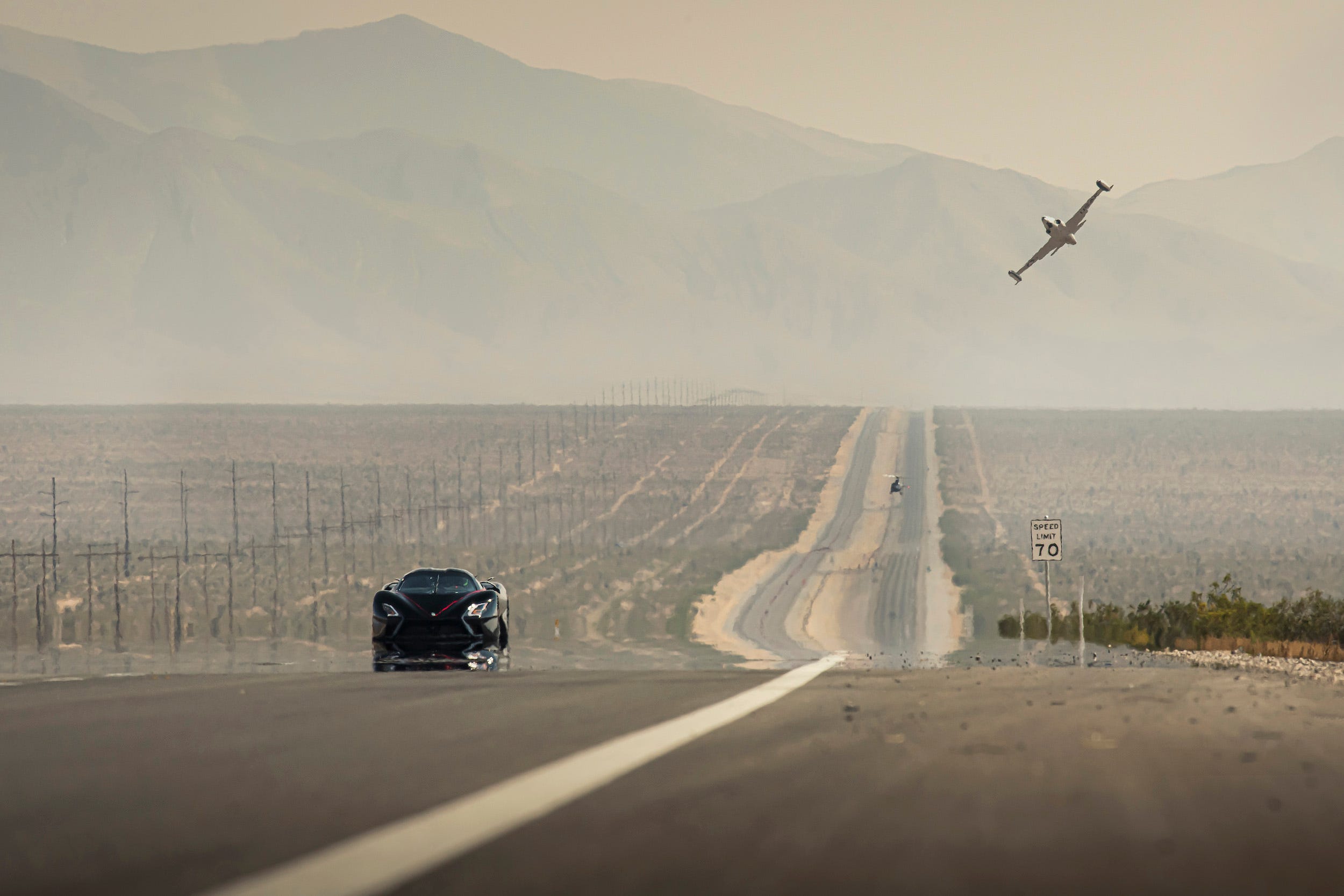