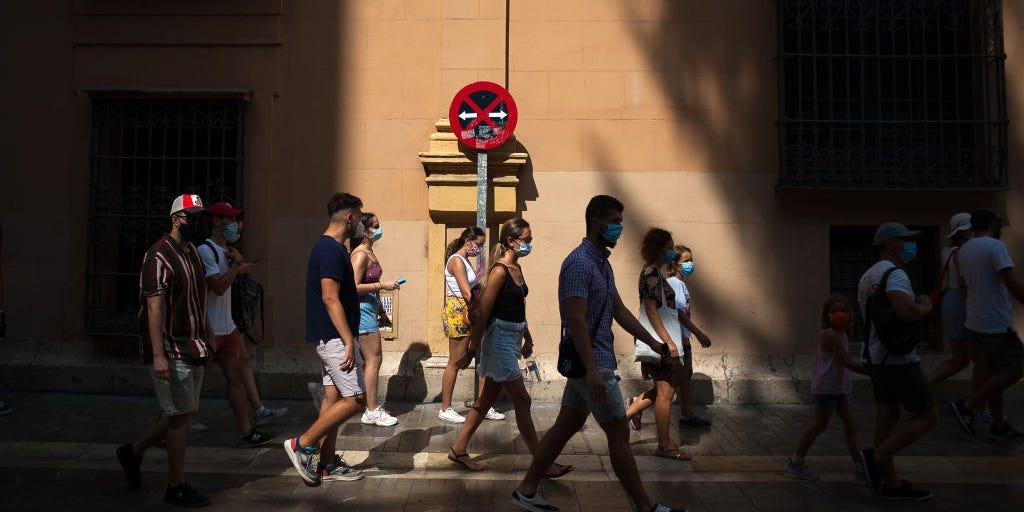 A full global economic recovery from the coronavirus pandemic may take as much as five years, according to World Bank’s chief economist, Carmen Reinhart.

“We have seen [economic] collapses that are very much outside of the norm,” Reinhart said at a virtual conference hosted by Spanish daily El Pais on Thursday.

“Naturally, there will be rebounds but the real recovery â€” how long it will take for the average person to recover the income they had before the crisis, the GDP per capita â€” this will take at least five years,” she said.

The economist, who is also a professor at the Harvard Kennedy School, said that rebounds will rely on when economic activity becomes “more normal” once lockdowns end fully. She highlighted that the pandemic-caused recession will be more prominent and last longer in some countries than in others.

Goldman Sachs says oil prices are set to move ‘meaningfully higher’ into next year. Here are 7 reasons why the firm is bullish, and 5 stocks it recommends buying in advance

Global poverty rates will rise following the crisis for the first time in 20 years, she said.

Adding to widespread outlooks of uncertainty, she said: “After the 2008-2009 crisis, I more or less knew what to expect, but here, we are in a situation that is very different.”

On Friday, the number of reported coronavirus cases worldwide passed 30 million, according to the Johns Hopkins University COVID-19 tracker.

The figure has doubled in about two months after reaching 15 million on July 22. So far over 946,000 deaths have been attributed to COVID-19, according to the tracker.

The US has reported the most confirmed infections, at just under 6.7 million, followed by India, Brazil, and Russia. Those four nations represent more than half the number of known cases.

In its latest economic outlook, the Organisation for Economic Cooperation and Development said the prospect for recovery is less negative than expected, but that 2020 will still mark the worst contraction in growth since World War Two.