This 15-sided, 86-square-foot tiny home is designed to be the perfect backyard office for $28,000 — see inside 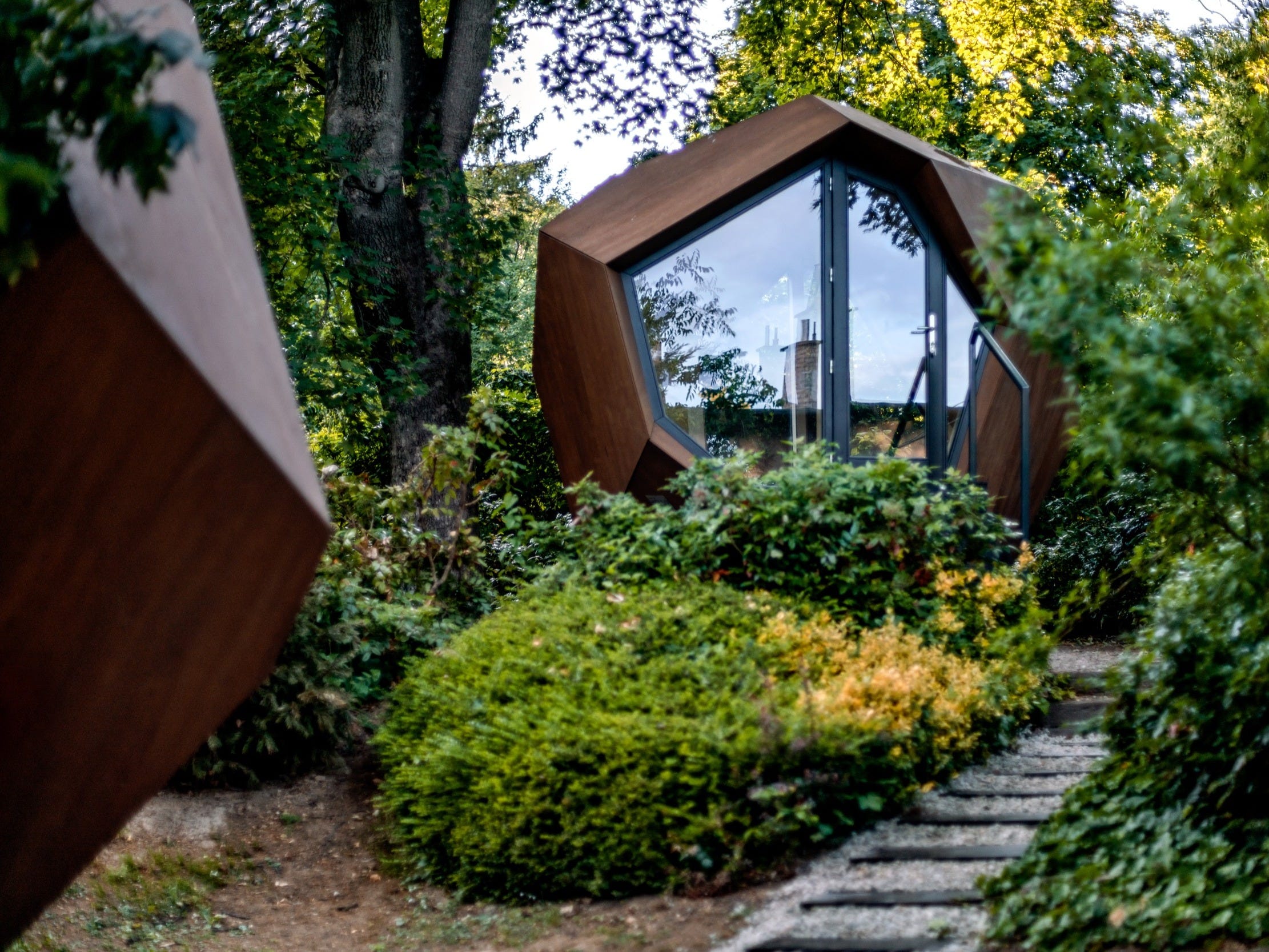 Since March, millions of people around the world have been forced to figure out how to work from home, from improvised office space to quick childcare solutions.

Budapest-based Hello Wood design studio’s creative solution is a tiny cabin called Workstation, designed to go in a backyard, as an addition to a home.

With the popular rise of tiny homes in the last decade, other companies have proposed similar ideas. US smart office company Autonomous is selling a minimalist, 68 square foot office for up to $US15,000. Hello Wood itself is working on other tiny cabins that could be used as offices or retreats, like the Kabinka cabin, and the expanded Grand Cabin.

Right now, Hello Wood is taking orders by email for $US28,000 plus shipping in Europe. The studio is also figuring out overseas shipping, after receiving interest from North American buyers. 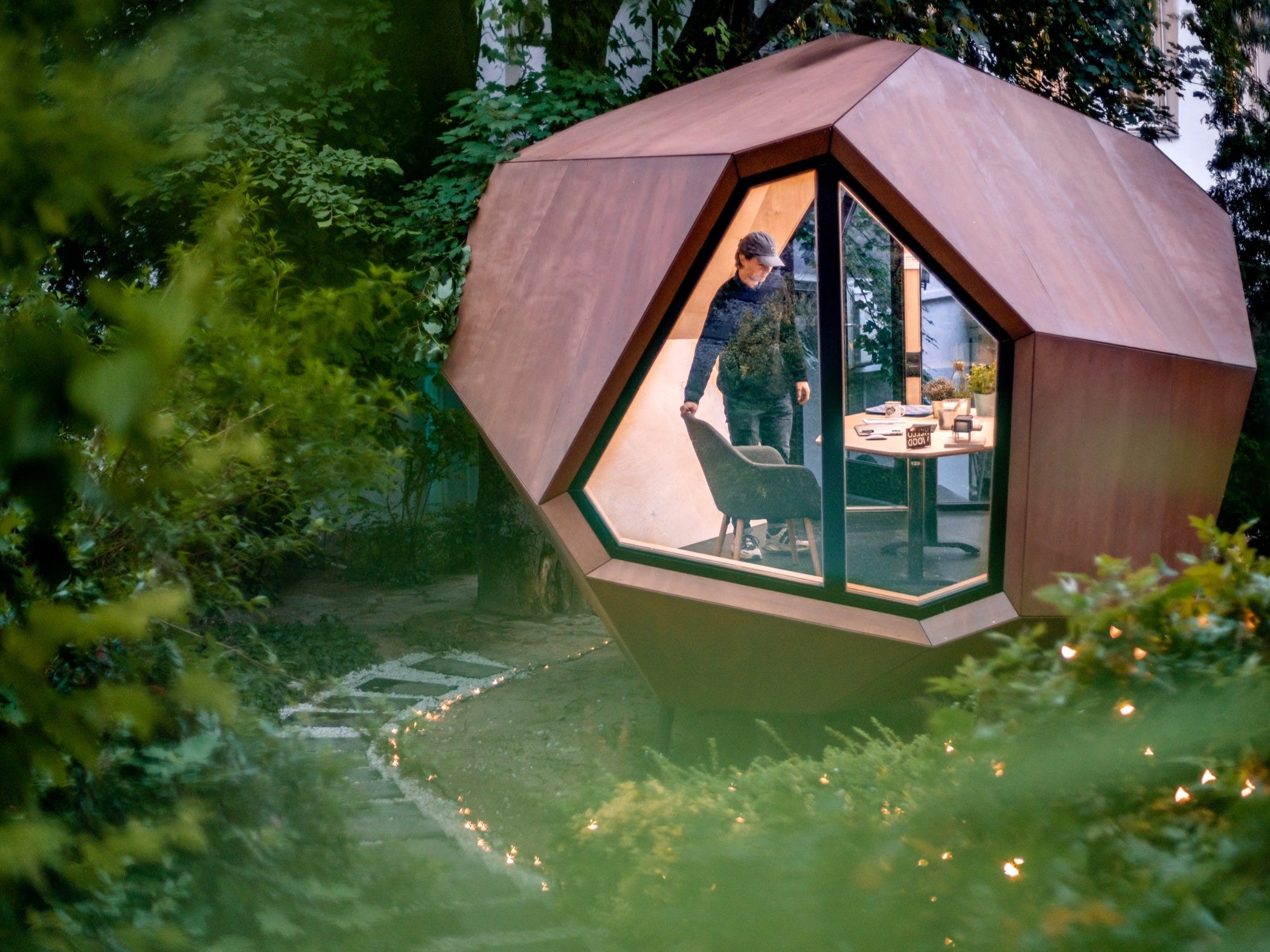 The cabin can go in a backyard or garden, and Hello Wood says it “brings the illustrations in our favourite childhood book to life,” it looks like something out of a fairy tale. 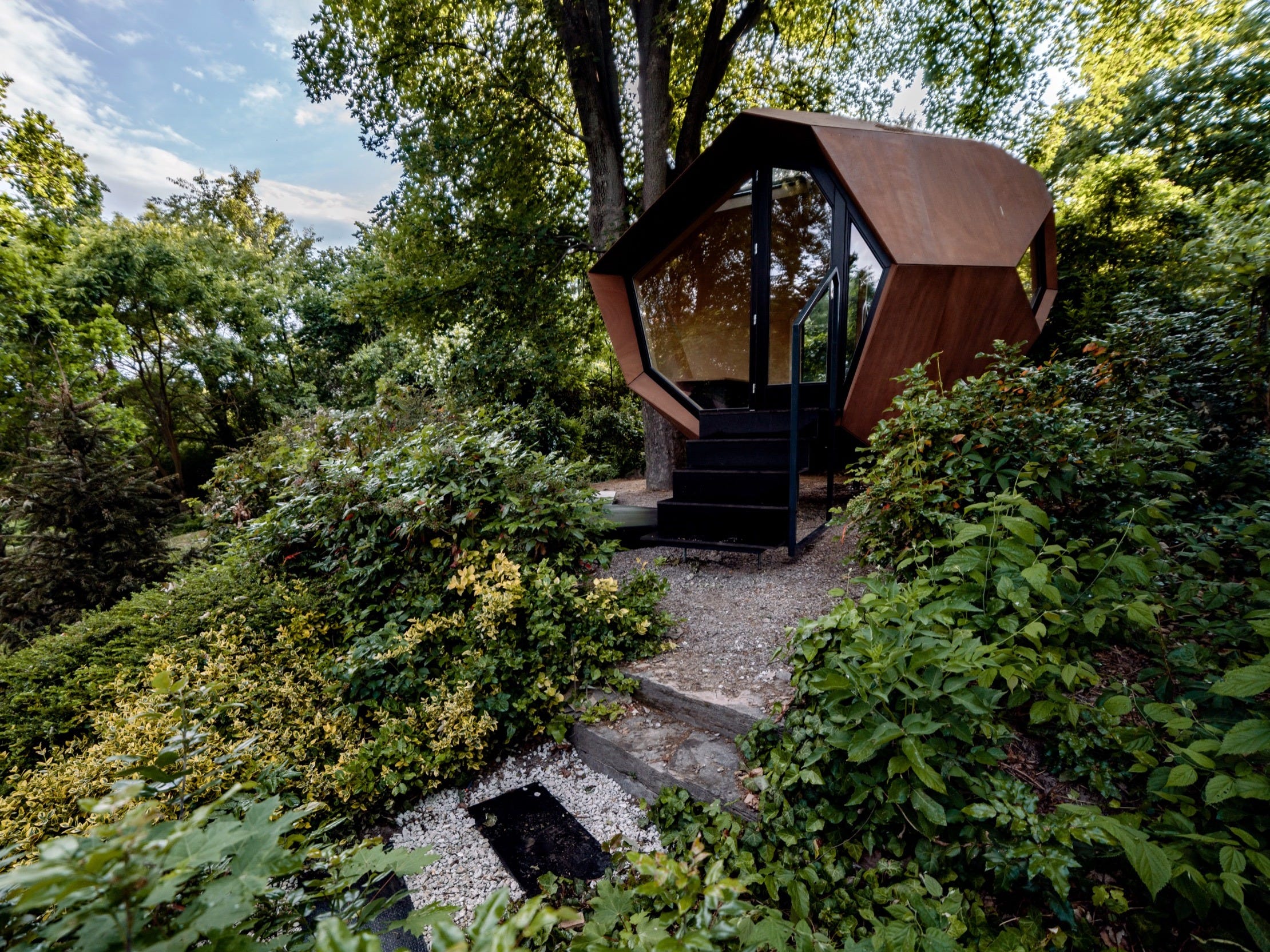 Though small, the 86 square foot cabin can be used all year round. It’s soundproof and insulated.

The cabins are 3D printed and can be set up quickly because they come already put together. 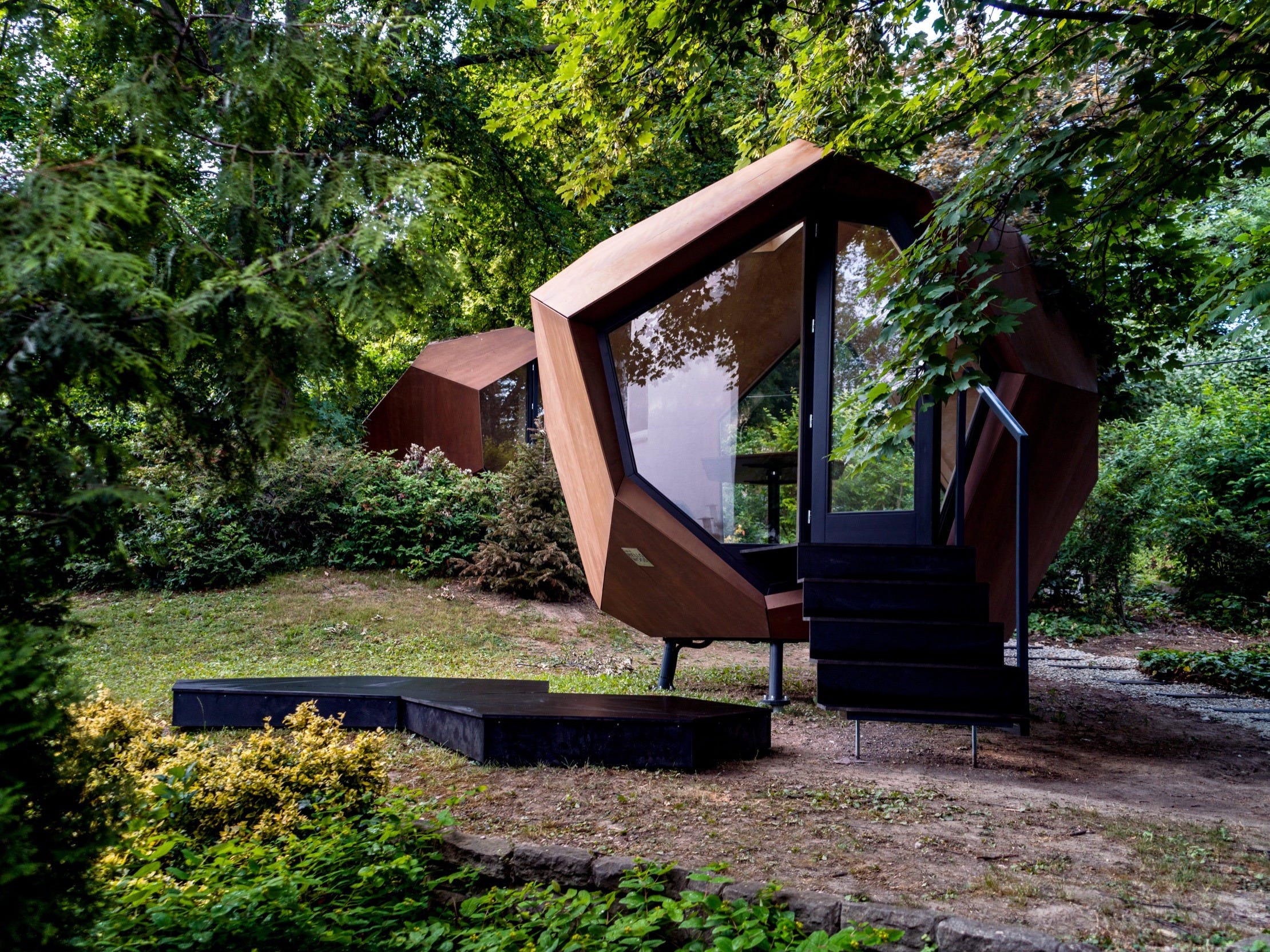 This modular nature also means any piece can be replaced more easily than on a traditional structure. 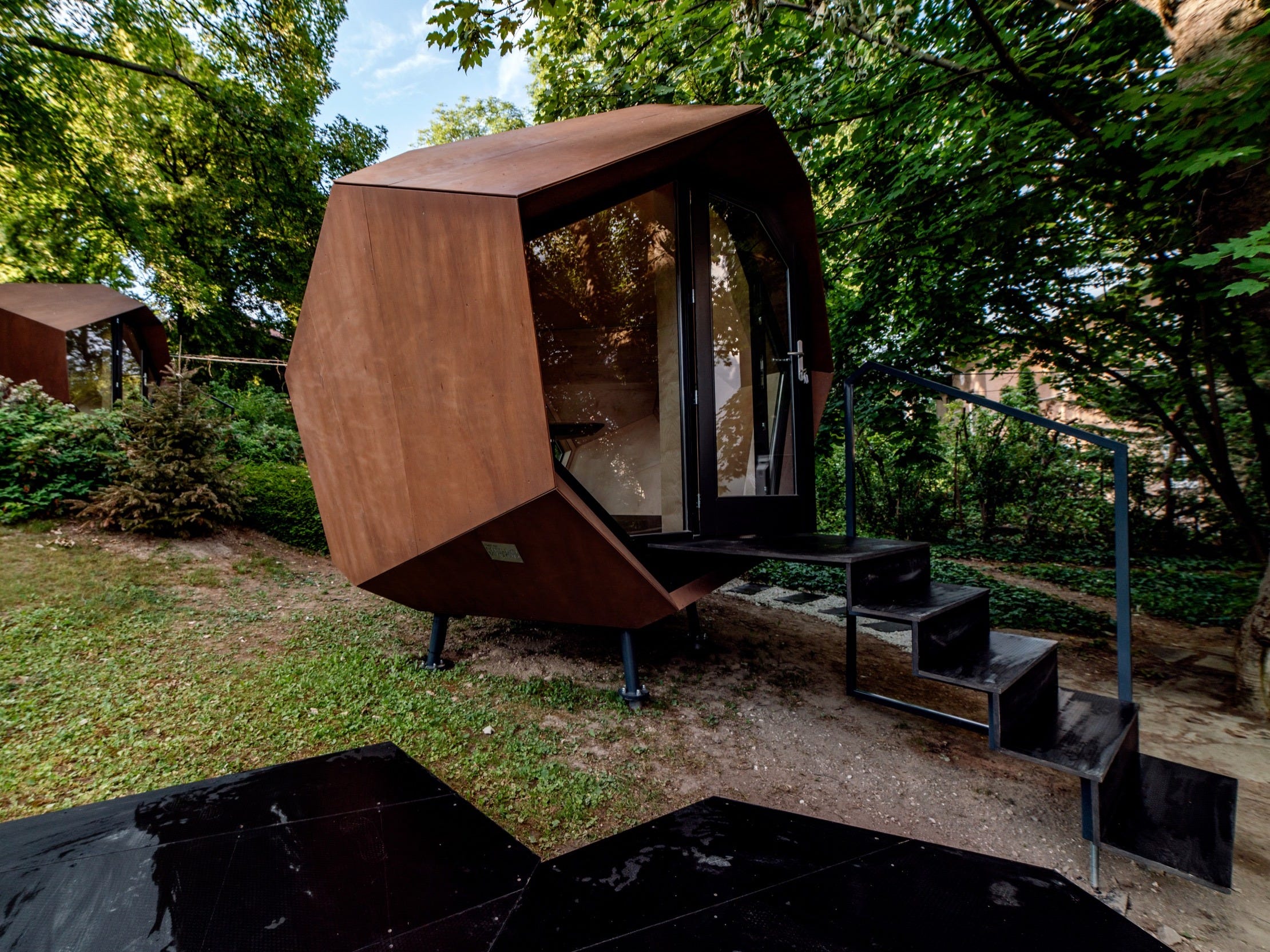 For an added cost, buyers can also add landscaping details and a terrace to make the cabin a better aesthetic fit. 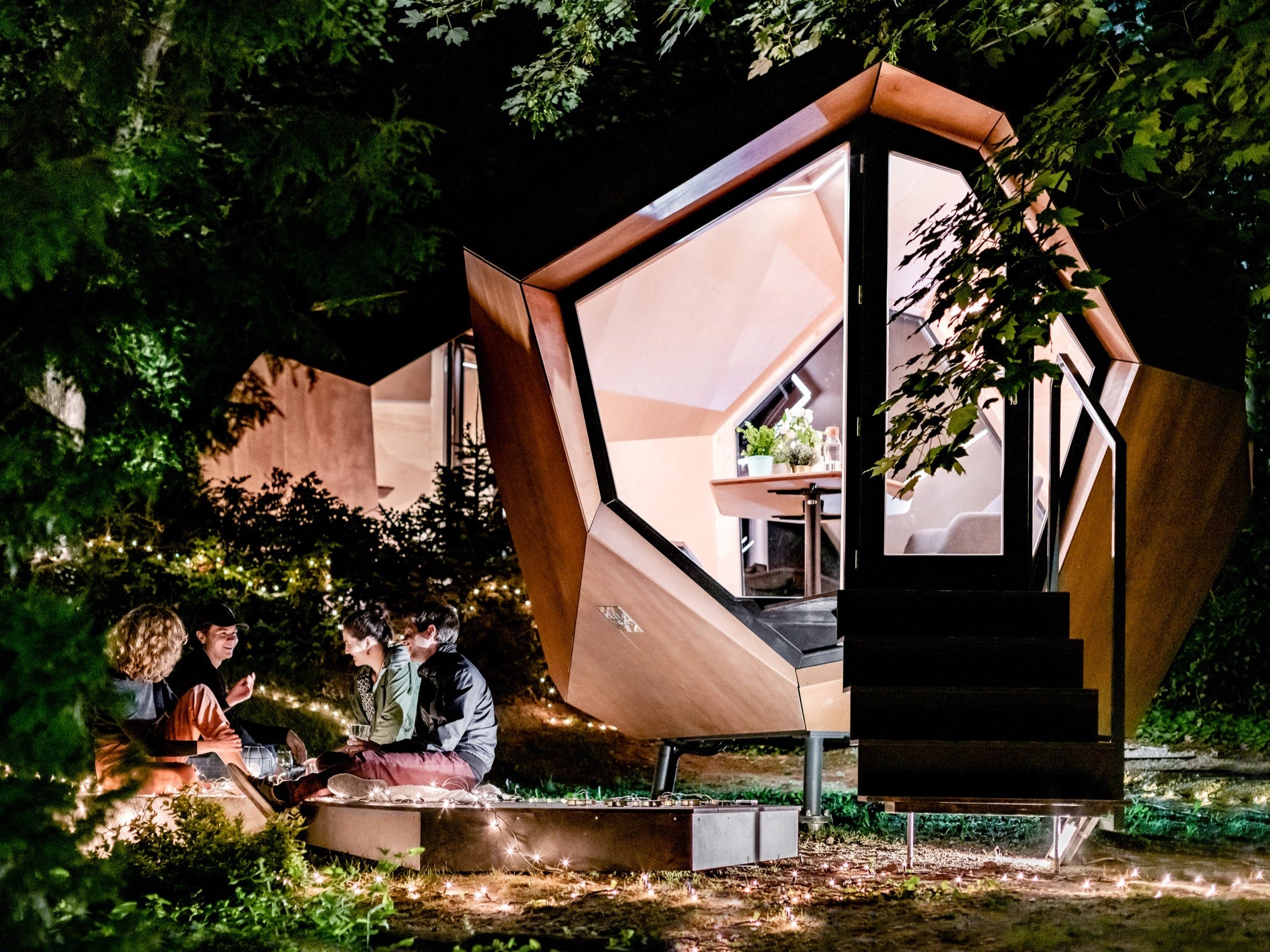 Inside, the walls are made of Scots pine wood. 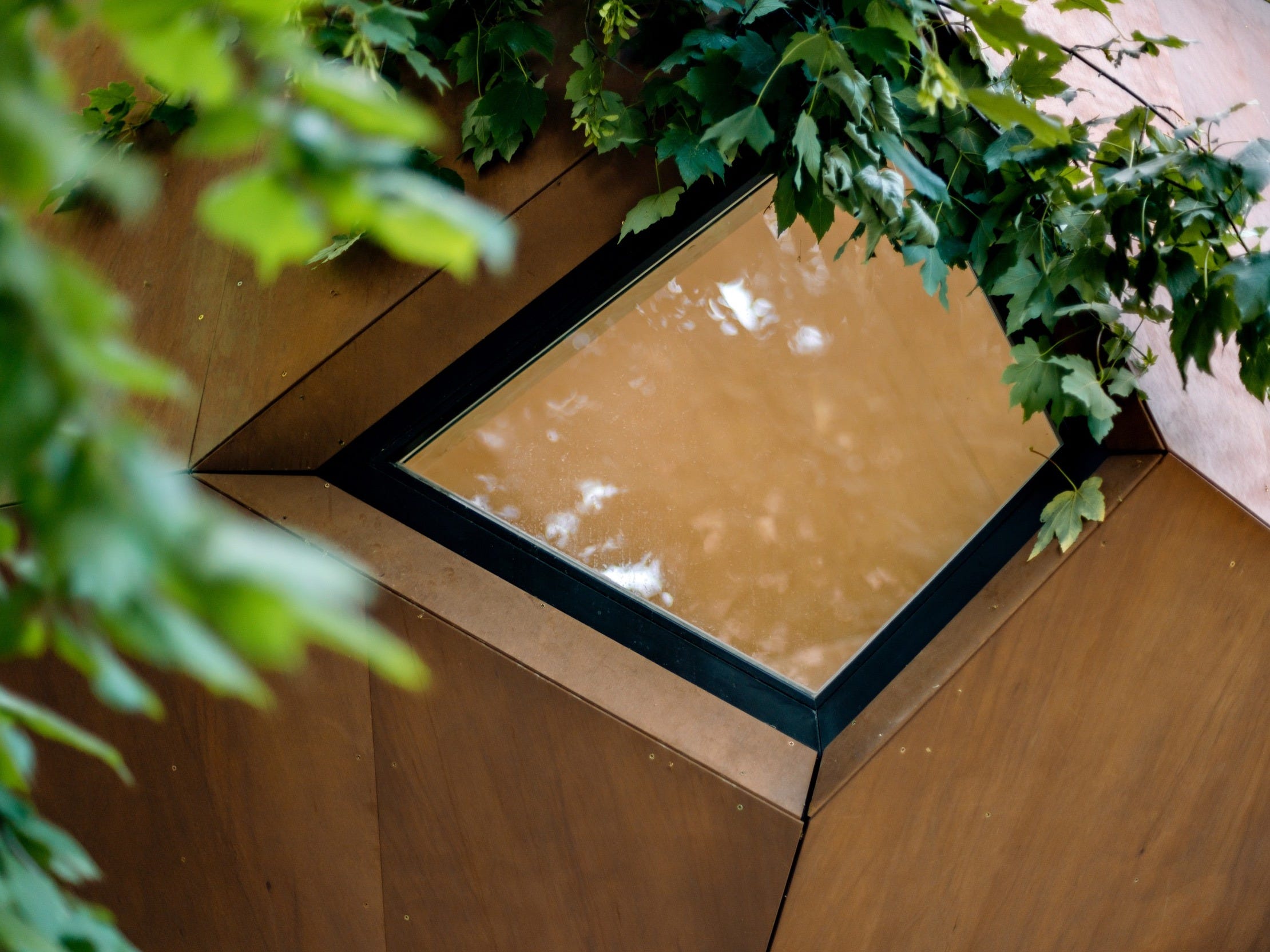 Large windows and skylights let in light and views of the garden. 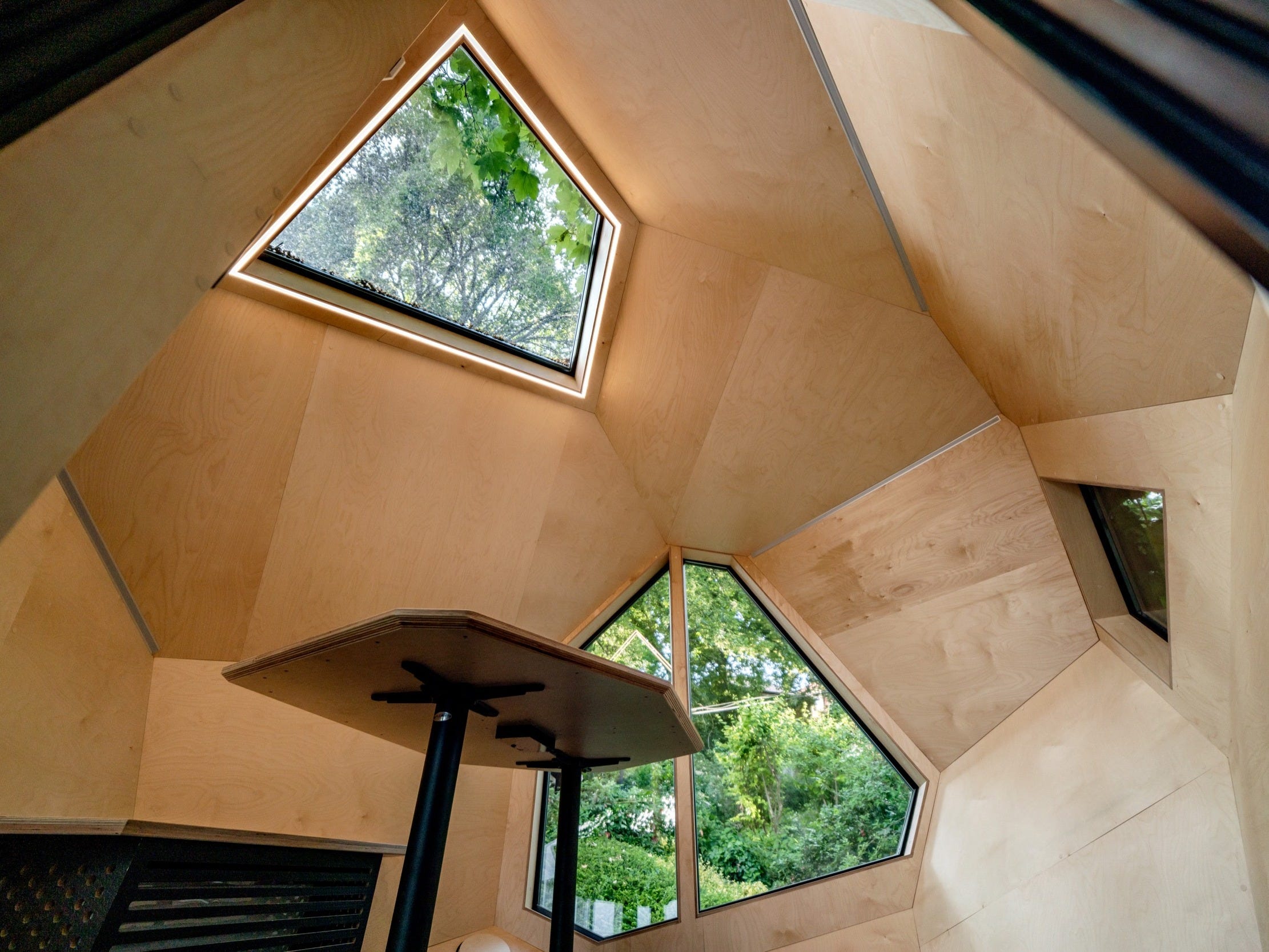 The cabin is delivered move-in ready, with electrical outlets and a built-in bench. 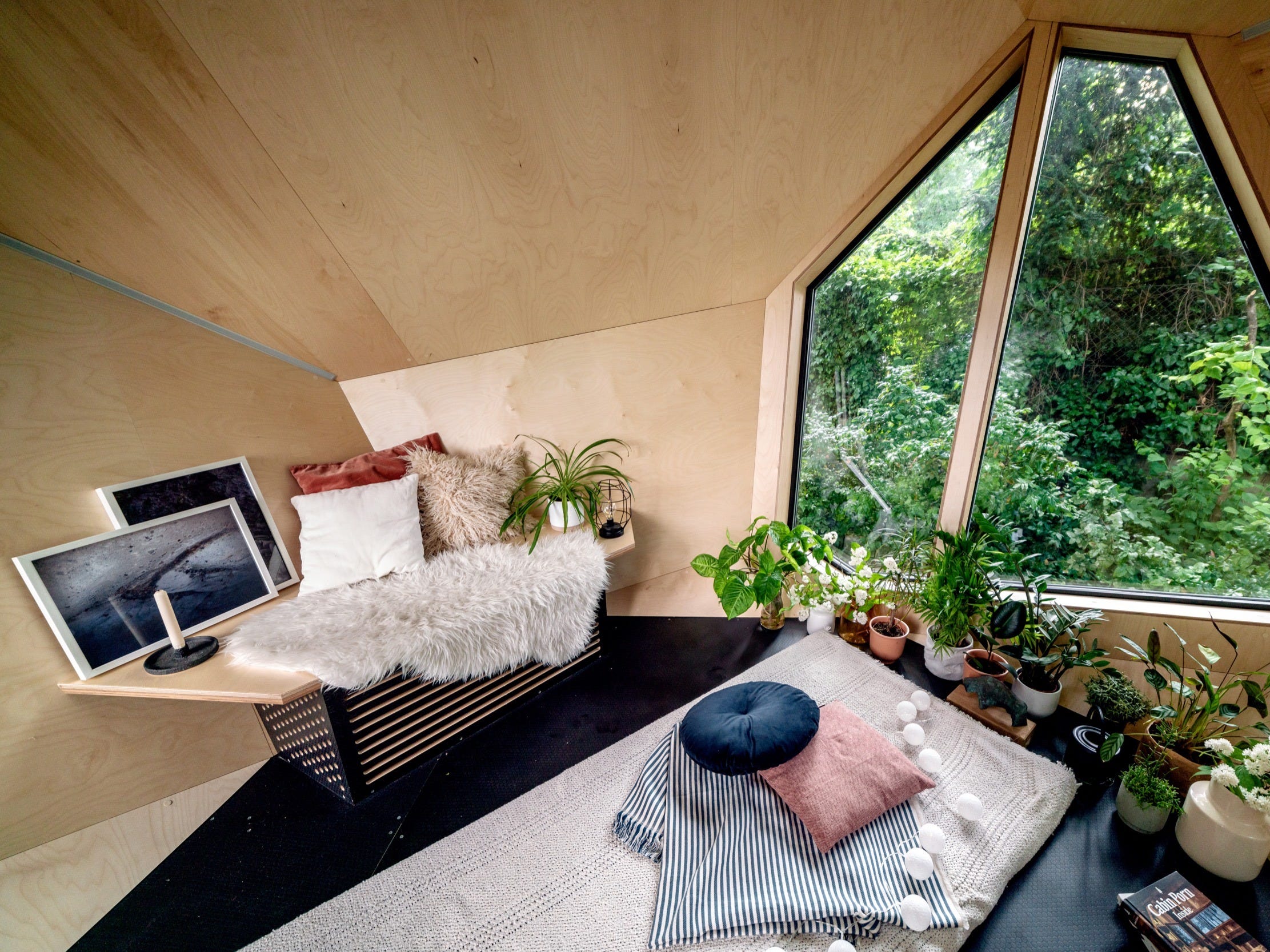 Other add-ons are available for increased costs, including heating, air conditioning, and even mood-lighting. 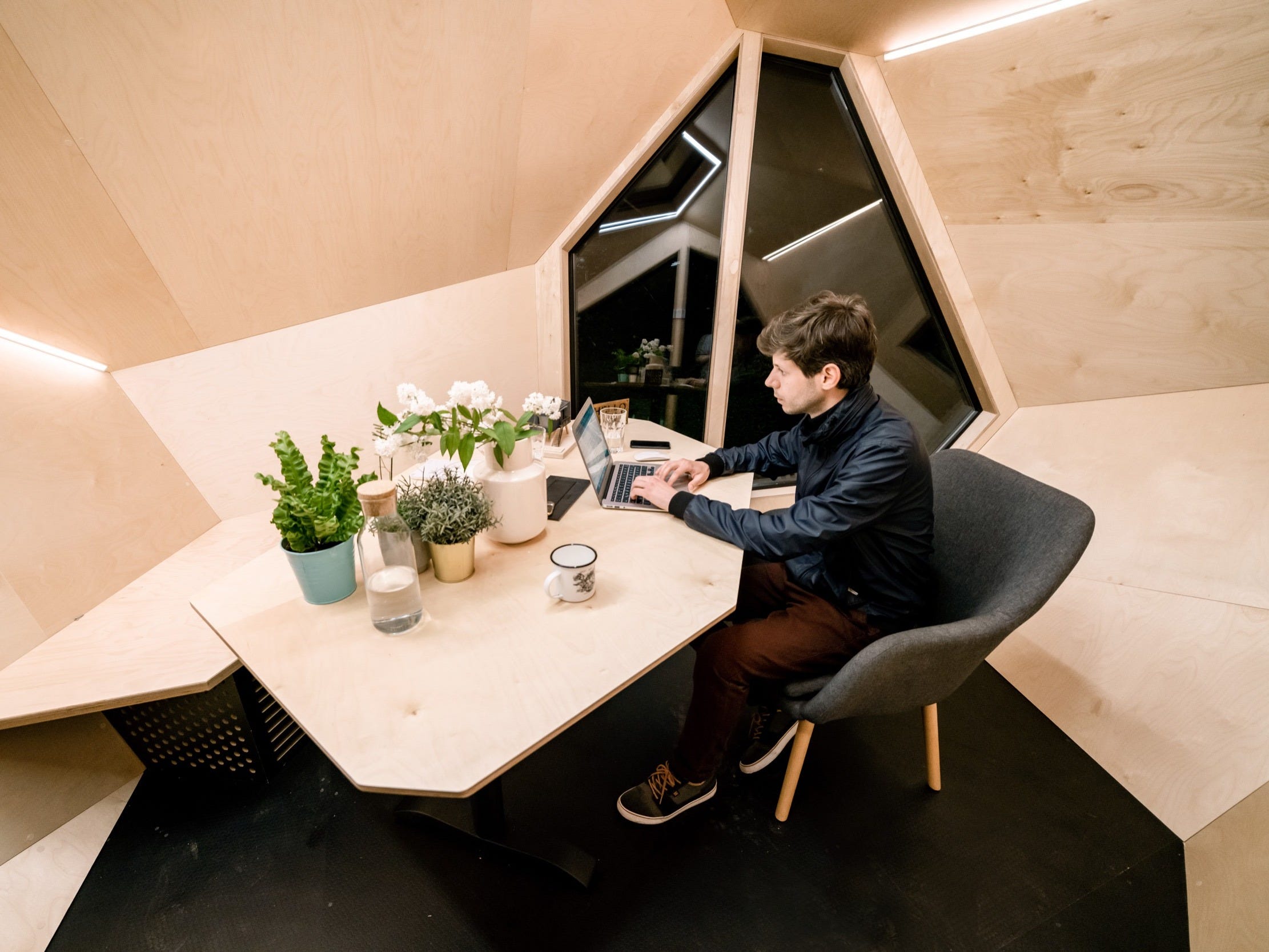 A TV screen and sound system are other options that could be useful, depending on how the owner planned to use the cabin. 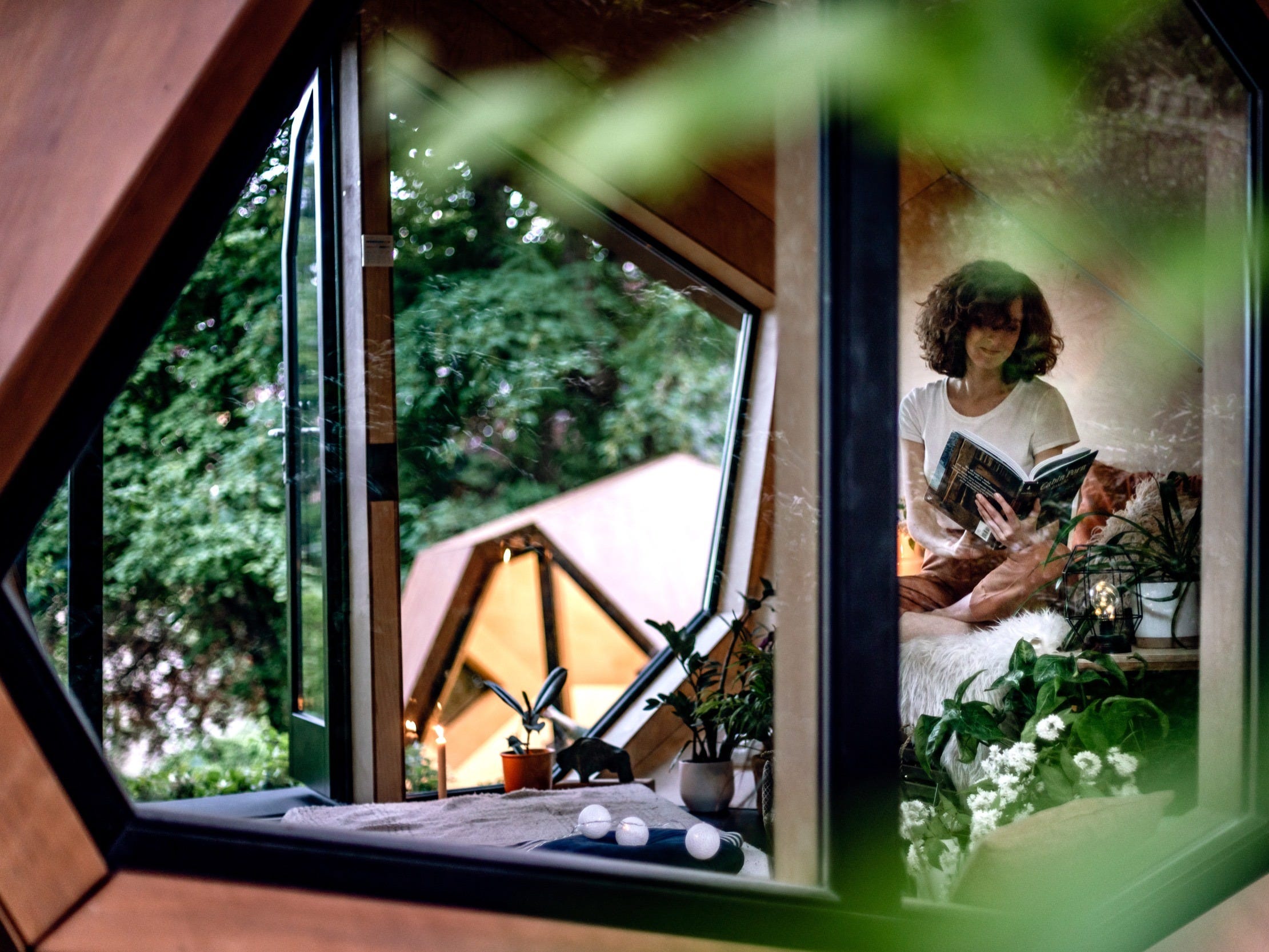 A wireless network, however, is probably a must-have if the room is going to be an office, though depending on the home’s setup the cabin could be on a home WiFi network. 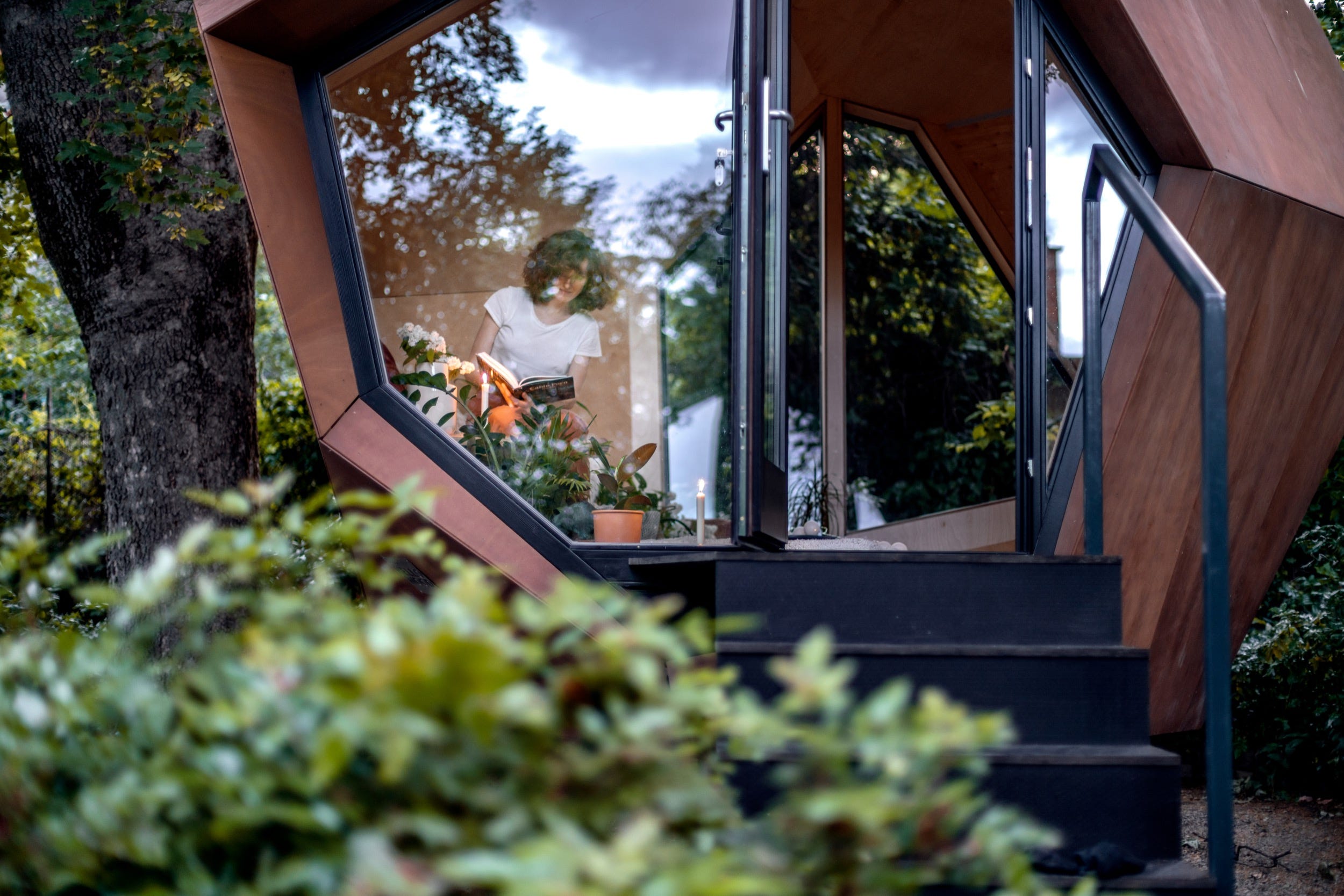 Hello Wood emphasises that the functions of the small cabin are “limited only by your imagination.” 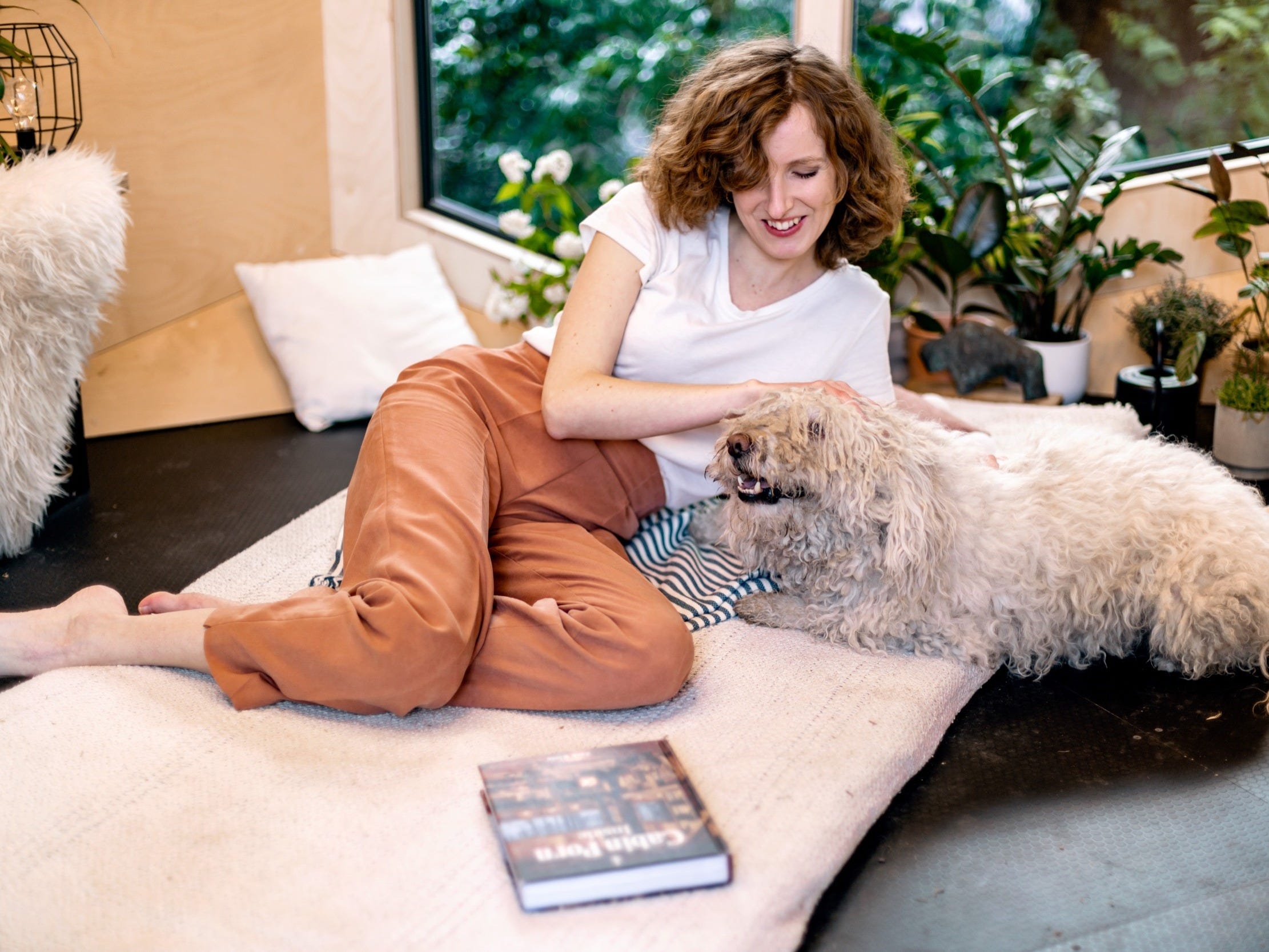