Working parents are reaching their 'breaking point' due to the pandemic, and they say national paid parental leave can't come soon enough 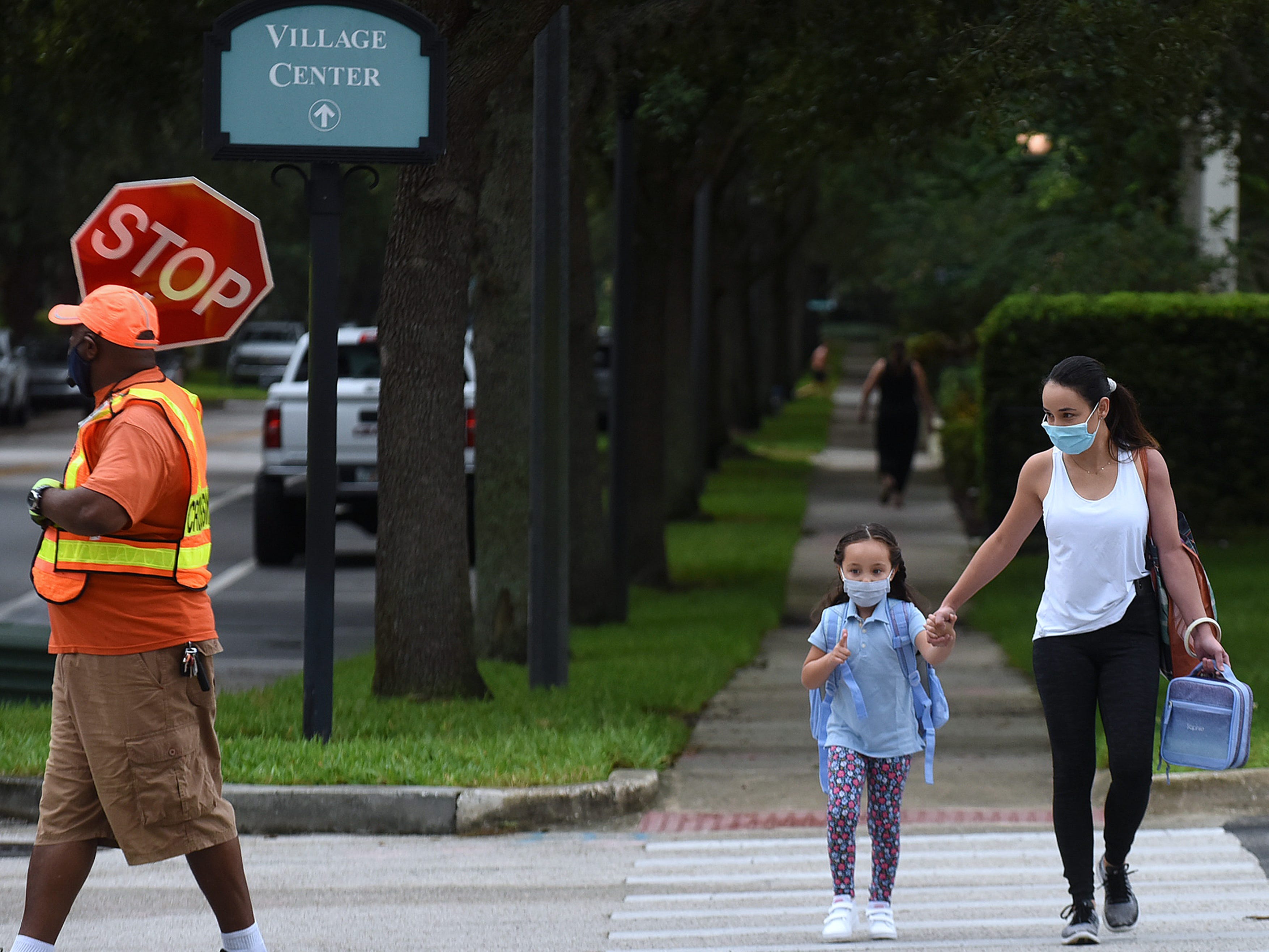 GettySeventy-eight per cent of Americans believe that working parents should be given paid leave to care for their children during the pandemic, a new survey finds.

If Priscilla Von Sorella could take paid parental leave to care for her 6-year-old son right now, she would.

Von Sorella is a part-time editorial assistant for a scientific journal and owner of the luxury fashion brand, Von Sorella. She’s also a single mum.

Right now, it’s common for her to work 12-hour days. Since the onset of the pandemic, she has been juggling her son’s virtual classes and her other parenting responsibilities, along with the demands of her two jobs. Even with her son’s recent return to in-person schooling, she said, the load hasn’t lightened much.

“I go through extreme highs and extreme lows,” she told Business Insider, noting that she normally needs about 60 hours of rest to recover from the work week.

Fortunately, her employer has been accommodating. The university where she works, whose name Von Sorella requested be withheld, has given employees five extra days of paid sick time, and she said her boss is flexible with her parenting duties.

Still, having more time off would relieve some of that burden, she said. “Getting parental paid leave would honestly be a godsend.”

The coronavirus pandemic has accelerated an already urgent need for paid parental leave. Despite the US being home to 30.4 million families with at least one employed adult, it is still the onlywealthy country in the world that doesn’t offer a federally mandated leave. Earlier this week, Colorado became the most recent state to pass 12 weeks of paid family leave.

In the absence of a federal policy, parents look to their employers to fill in the gaps. Some have risen to the challenge by offering expanded childcare, mental health services, and flexible working. But very few have invested in extended paid leave policies. By the latest measure, only 17% of workers had access to this benefit in 2018, according to the Bureau of Labour Statistics.

Working parents â€” mothers in particular, data suggest â€” will continue to drop out of the workforce if lawmakers and companies don’t look for more ways to support working parents. 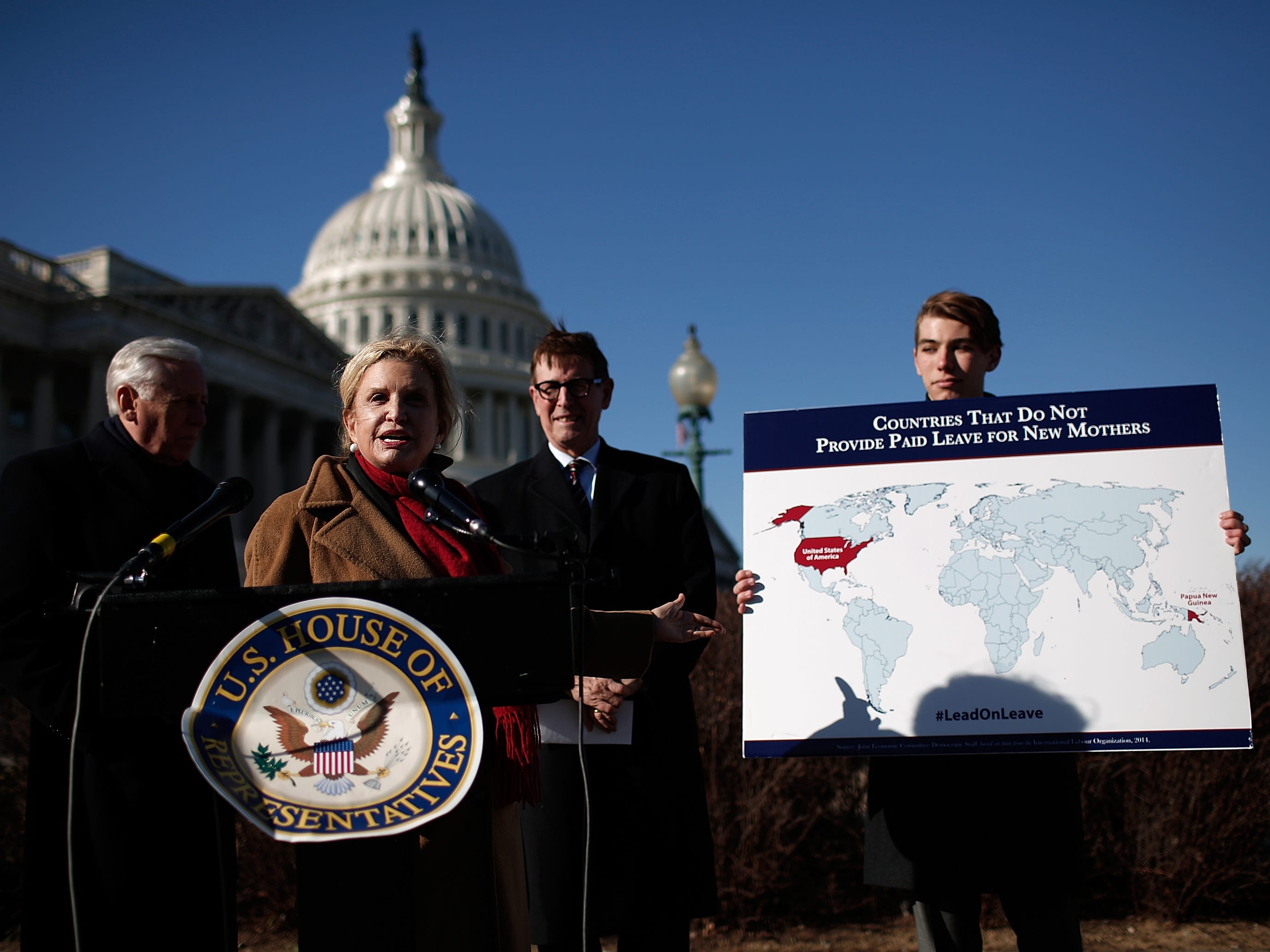 About 82% of Americans support paid parental leave for mums, and 69% support it for dads, according to data from the Bipartisan Policy Institute.

Most existing paid parental leave policies require parents to take this benefit within one year of their child’s birth or adoption. But this type of leave does not address the complex caregiving needs that may pop up throughout a child’s life â€” events like, say, a global pandemic.

Seventy-eight per cent of Americans believe that working parents should be given paid leave to care for their children during the pandemic, according to a recent survey of 1,000 from Finance Buzz. Yet, only 48% of respondents said that employers were doing enough to support their working parents.

All of the parents Business Insider spoke to for this story agreed that paid time off would help them better handle the pressures of parenting and work. Still, American paid leave policies are woefully behind.

The Families First Coronavirus Act (FFCRA), which was passed by Congress in March, does require some employers to give workers extended time off to care for children if their school or childcare provider is closed. Employees using this benefit are given two-thirds of their pay.

But about 106 million workers are left out of the paid leave protections in the FFCRA because companies with more than 500 employees are exempt, the nonpartisan policy institute Centre for American Progress has written.

The argument is that large employers don’t need federal subsidies because they already offer leave, health policy analyst Steven Finley wrote in a blog on Health Affairs. But it fails to recognise that most employers only offer paid parental leave after the birth of a new child.

“The pandemic has shone a bright light on the faults in our health care system,” Finely wrote. “One of those is a lack of federally guaranteed paid sick days and paid leave.”

Some employers have started to offer flexible or reduced schedules, or time off specifically for caregiving.

But extended time off, or time off beyond just a few extra days, may not be offered at full salary or may be unpaid all together.

Von Sorella, for example, said the university where she works is considering giving employees the summer off, but it would be unpaid.

Jane Allen, a partner at PricewaterhouseCoopers (PwC), told Business Insider the firm allows workers to take a leave of absence at20% pay to care for their children. Employees can take between four weeks to six months of sabbatical. (The firm provides eight weeks of paid parental leave after the birth of a new child.)

Allen, who is a single mother herself, said that she has considered taking the sabbatical to care for her 11-year-old daughter. But there are trade-offs to consider, like the long-term impact of extended time off on your career, she said. 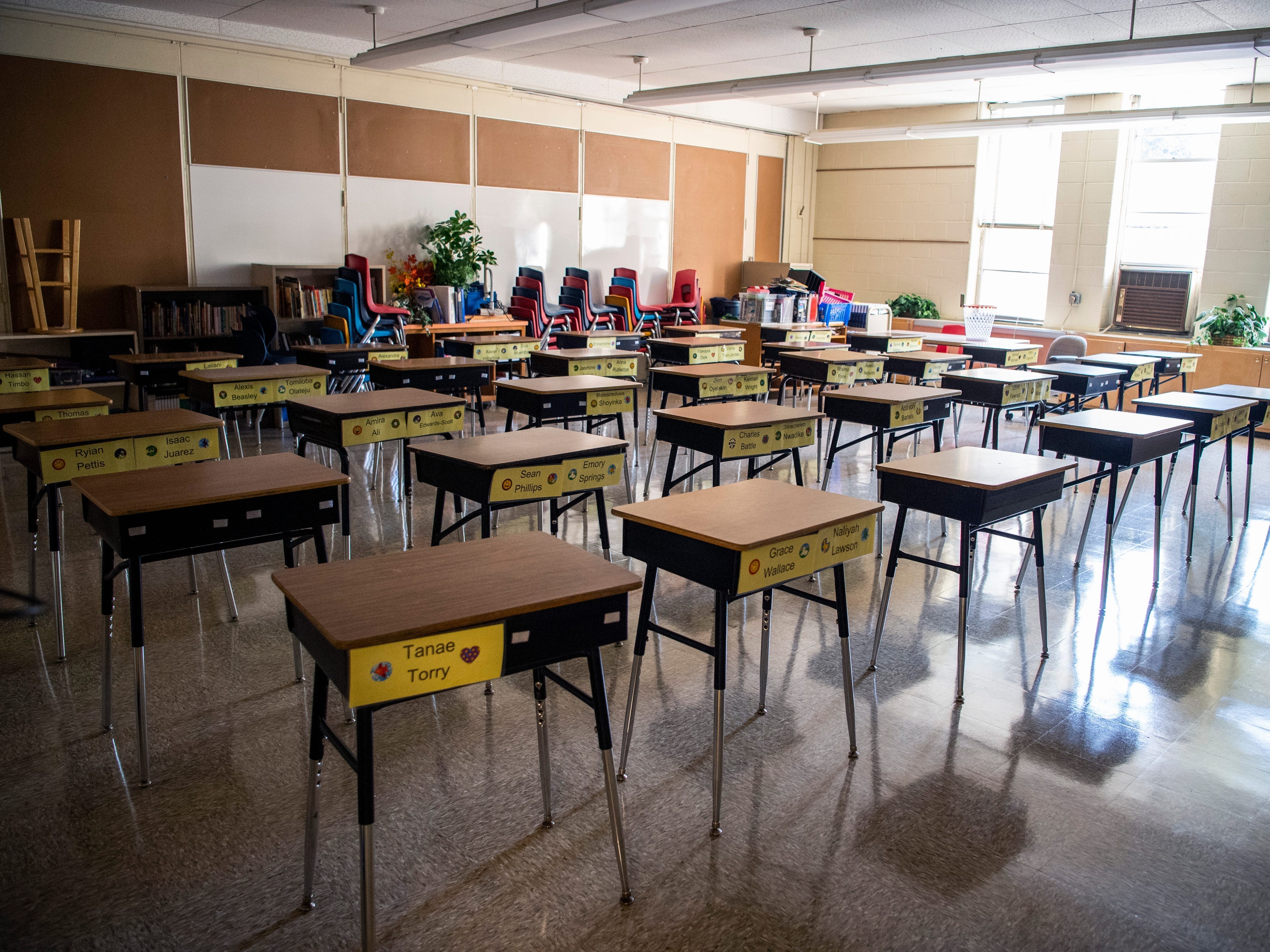 Tom Williams/CQ-Roll Call, Inc via Getty ImagesSchool closures have created challenges for parents who now have to juggle working and teaching.

Working parents have been hit hard during the pandemic, and working mums in particular.

Nearly 650,000 more women than men dropped out of the workforce in September, in large part because of a lack of caregiver support. (Currently, women perform about 60% of childcare responsibilities.) And while working fathers have increased their childcare responsibilities during the pandemic, mums still spent more time caring for kids, according to a study from the University of Bristol.

Indeed, about 48% of working parents with children under 13 cited balancing childcare and work as a major source of stress during the pandemic, the Finance Buzz survey found.

Allen said that most parents are reaching a “breaking point.” And as the colder weather approaches and people spend more time inside, it will only get worse.

Cheryl Jacobs, director of marketing and corporate communications at Vitality Group, a global health and wellness company, and a mother of a 4-year-old and 1-year-old, said that every day feels like a completely new challenge.

“Monday can go great, Wednesday can be really tough,” she said, adding that she often worries her daughters aren’t getting the socialisation and enrichment they need at home. “I have a lot of mum guilt.”

Vitality Group is giving US employees an extra paid week of vacation over Thanksgiving in November, Jacobs said.

For parents who cannot work remotely, or who work part-time or service jobs, the burden is even heavier. A study in the Journal Pediatrics of 645 hourly service workers found that overall parental psychological well-being fell significantly during the pandemic. Parents had increased trouble sleeping and saw declines in mental health, the study found.

Resilience will only take working parents so far, Elizabeth Ananat study co-author, associate professor of economics at Barnard College, said in a statement.

“The multiple dimensions of hardship caused by this pandemic â€” lost jobs, lost child care and education, sickness â€” are stretching families to the breaking point,” she said.

While there is broad support for paid family leave in the US, the government has yet to take meaningful action, leaving individual companies to pick up the slack.

Microsoft, for example, added up to three months of paid leave for parents dealing with school closures. Pharmaceutical company Novartis gave employees 12 extra days of paid leave for caregiving during the pandemic. Others have added or increased free or discounted childcare and mental health benefits.

Allen’s employer, PwC, doubled the amount an employee can spend on backup child or eldercare to $US2,000, increased discounts for child tutoring, and now lets all workers choose to work a 4-day workweek to tend to matters at home.

Allen said PwC is supportive and the flexibility has been helpful, but she still struggles.

“I consider myself an optimist,” she said. “That said, I feel like you’re just hanging on by your fingernails every day.”