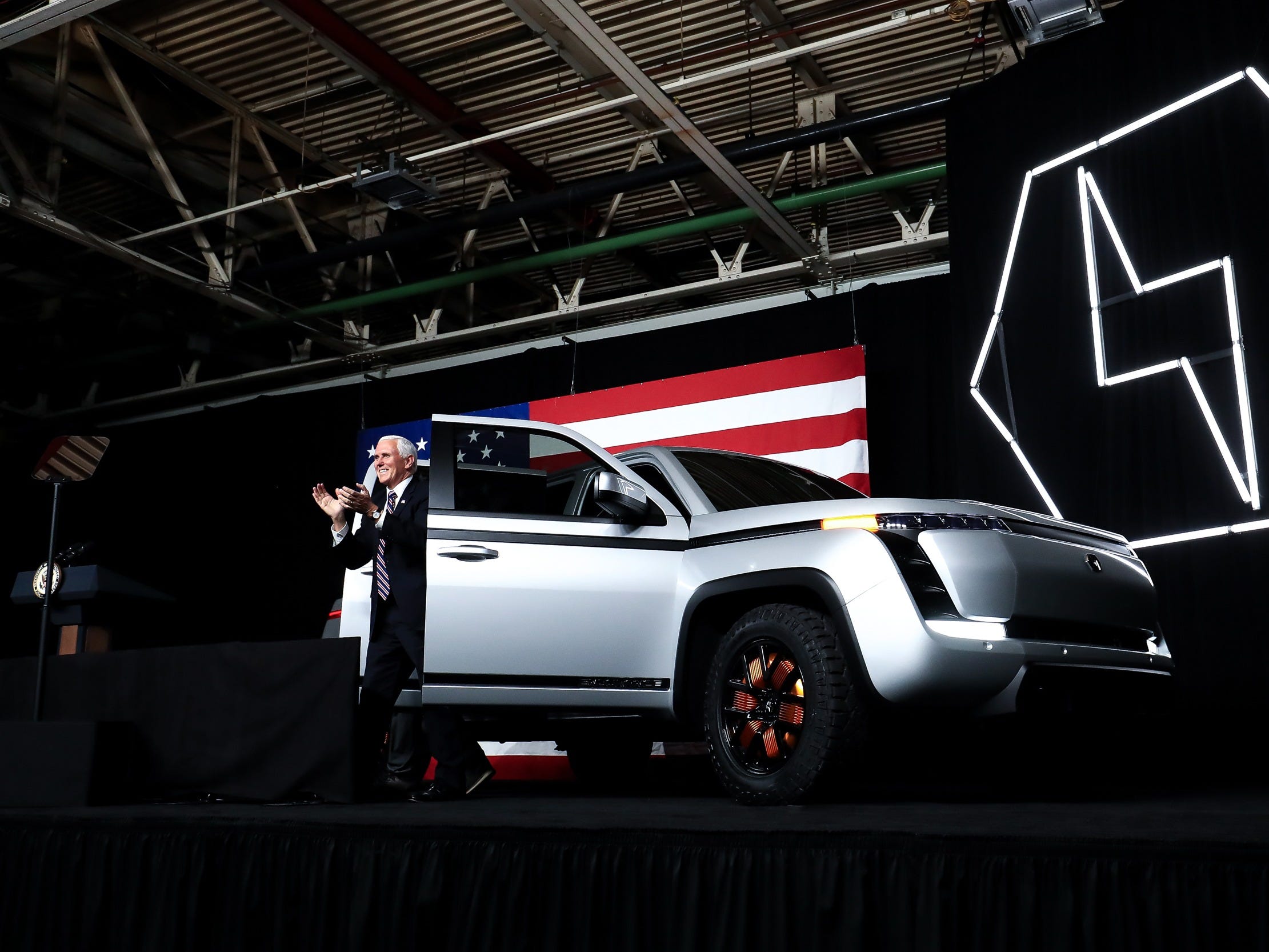 Lordstown MotorsVice President Mike Pence at the unveiling of the Lordstown Endurance.

Add Workhorse to the list of start-up electric vehicle companies that is seeing its stock bid up astronomically by retail investors.

So far in June, shares of Workhorse are up as much as 521% and Robinhood accounts that own the stock surged nearly 300%, according to data from Robintrack.net. Workhorse began June trading at $US2.48, and hit as high as $US15.41 Monday.

Workhorse develops electric delivery vans that are targeting delivery companies like UPS,FedEx, and DHL. The company also operates an aviation unit that makes delivery drones. Previously, the company developed an electric pickup truck but abandoned that project after it proved too costly for the company to develop.

Workhorse retains a 10% equity stake in Lordstown Motors and is set to receive a royalty fee for every Lordstown Endurance pickup truck that is sold.

The investor hype surrounding electric vehicles has been inspired by Tesla’s meteoric rise past $US1,000, and spilled over to Nikola Motors, which began accepting a $US5,000 reservation for its Badger electric pickup truck today. Investor hype was so strong that Nikola shares doubled in a single day after it went public via a reverse merger earlier this month.

Workhorse has seen its market capitalisation skyrocket from $US185 million at the start of June to $US994 million today, according to data from YCharts.com. 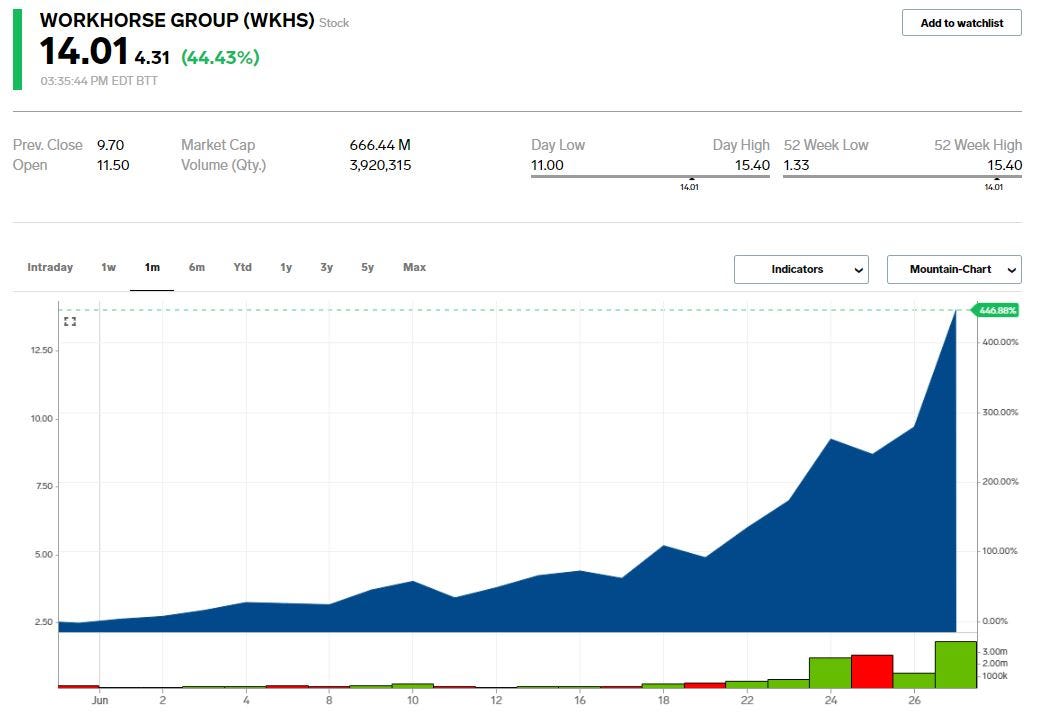