Denver Post via Getty, Mark Wilson/Getty Images, Kevin Mazur/Getty Images for City of HopeA lot of progress has been made, but there is still more to fight for.

The US passed the Equal Pay Act more than 50 years ago, but American women still face a substantial gender-based wage gap.

Despite landmark legislation and radical demonstrations made to push for pay parity between the sexes, the Institute for Women’s Policy Research estimates equality might still be out of reach until 2059.

Here are some women in politics, entertainment, and social justice who have contributed to the decades of pay parity’s progress so far – many of whom you probably didn’t learn about in school, and some who might surprise you: 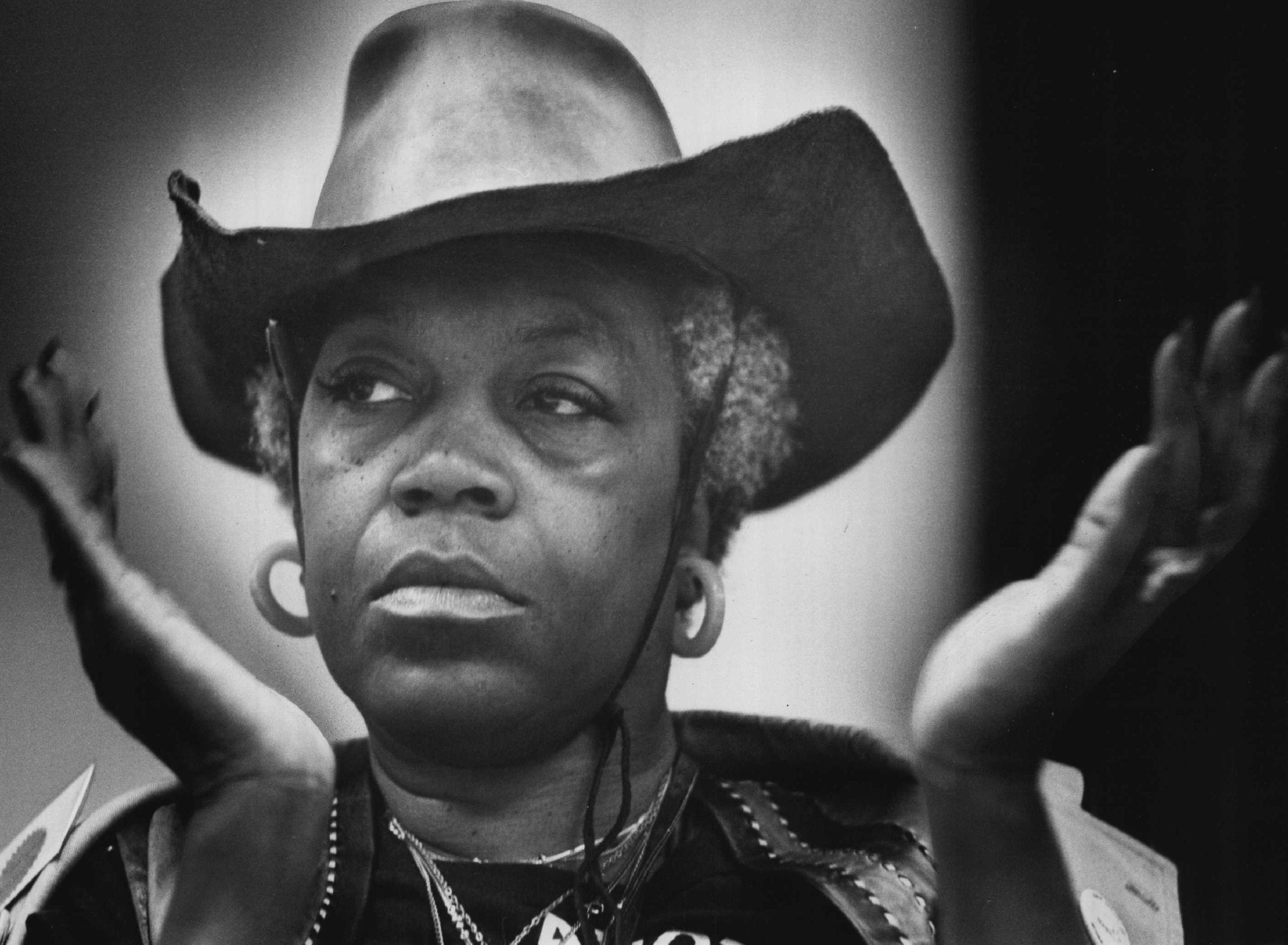 Lawyer and political activist Florynce “Flo” Kennedy‘s wide-ranging career fought sexist and racist policies in and out of the workplace.

Kennedy attended Columbia Law School after an initial rejection because she was a woman. After Kennedy threatened a discrimination suit, the school admitted her and she became one of its first black female graduates in 1951.

After opening her own office, one of Kennedy’s first cases was on behalf of jazz legend Billie Holiday, who was seeking money her record company owed her. Kennedy quickly grew tired of law, writing the practice had “taught me more than I was really ready for about government and business delinquency and the hostility and helplessness of the courts.”

Turning to activism, Kennedy took on Ti-Grace Atkinson, a white feminist who led the New York Chapter of NOW in the late 1960s, as a mentee. Together, they took aim at want ads in The New York Times that were segregated by sex, thus blocking women from jobs that consistently paid more.

The Equal Employment Opportunity Commission acknowledged NOW’s contention in 1968 that separate want ads for men and women violated the Civil Rights Act’s Title VII, which prohibits discrimination on the basis of sex.

The victory was a strong initial development for empowering women who were trying to enter the workforce and a shot of energy to feminist movements in the 1960s. 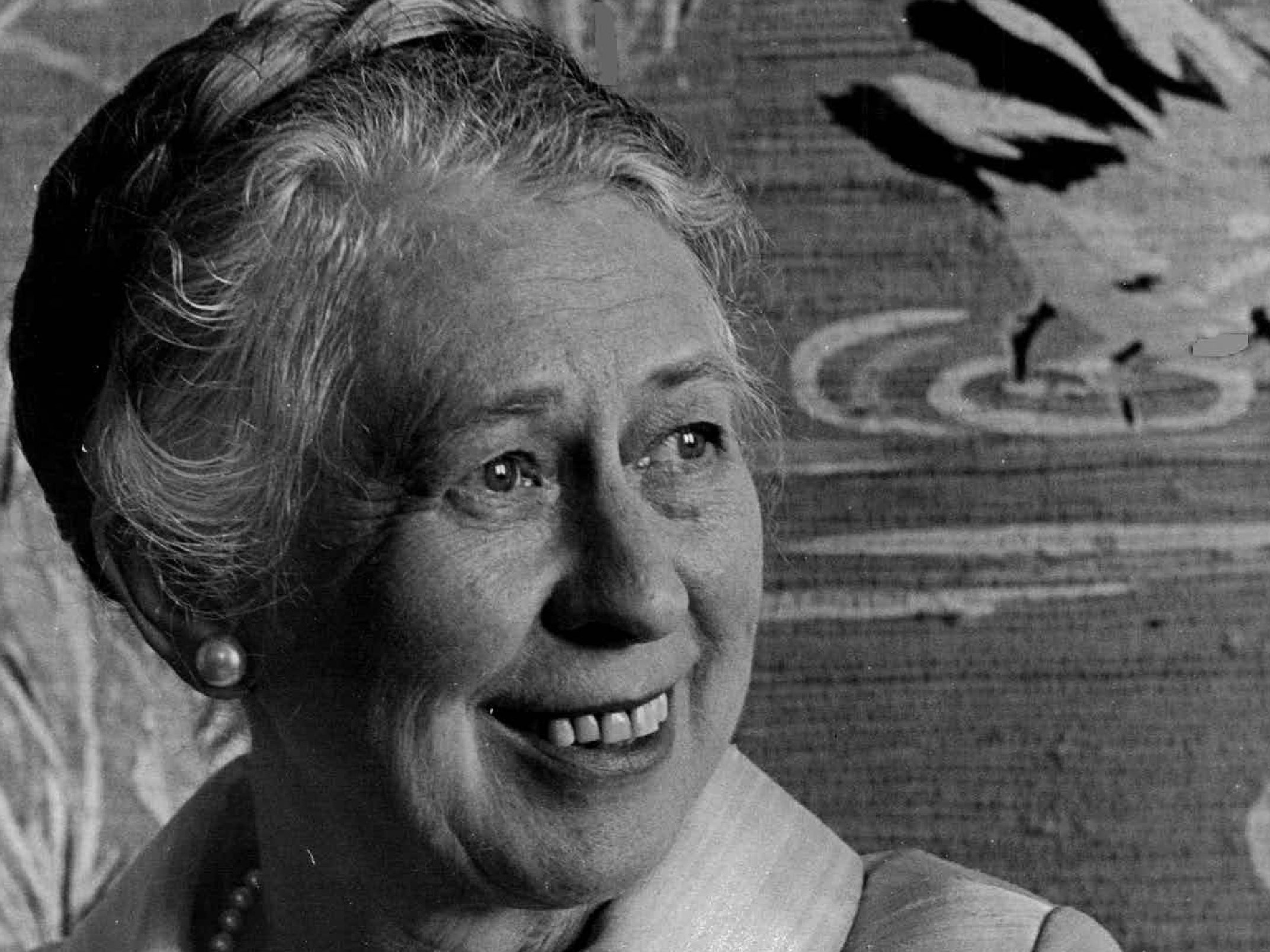 As the head of the Women’s Bureau under President John F. Kennedy’s administration, Esther Peterson pushed the president toward securing formal progress for women through initiatives like the Presidential Commission on the Status of Women.

Peterson spent years gathering data and organising interested members in a campaign that would lead to the passing of the Equal Pay Act of 1963, which set the stage for other anti-discriminatory laws. 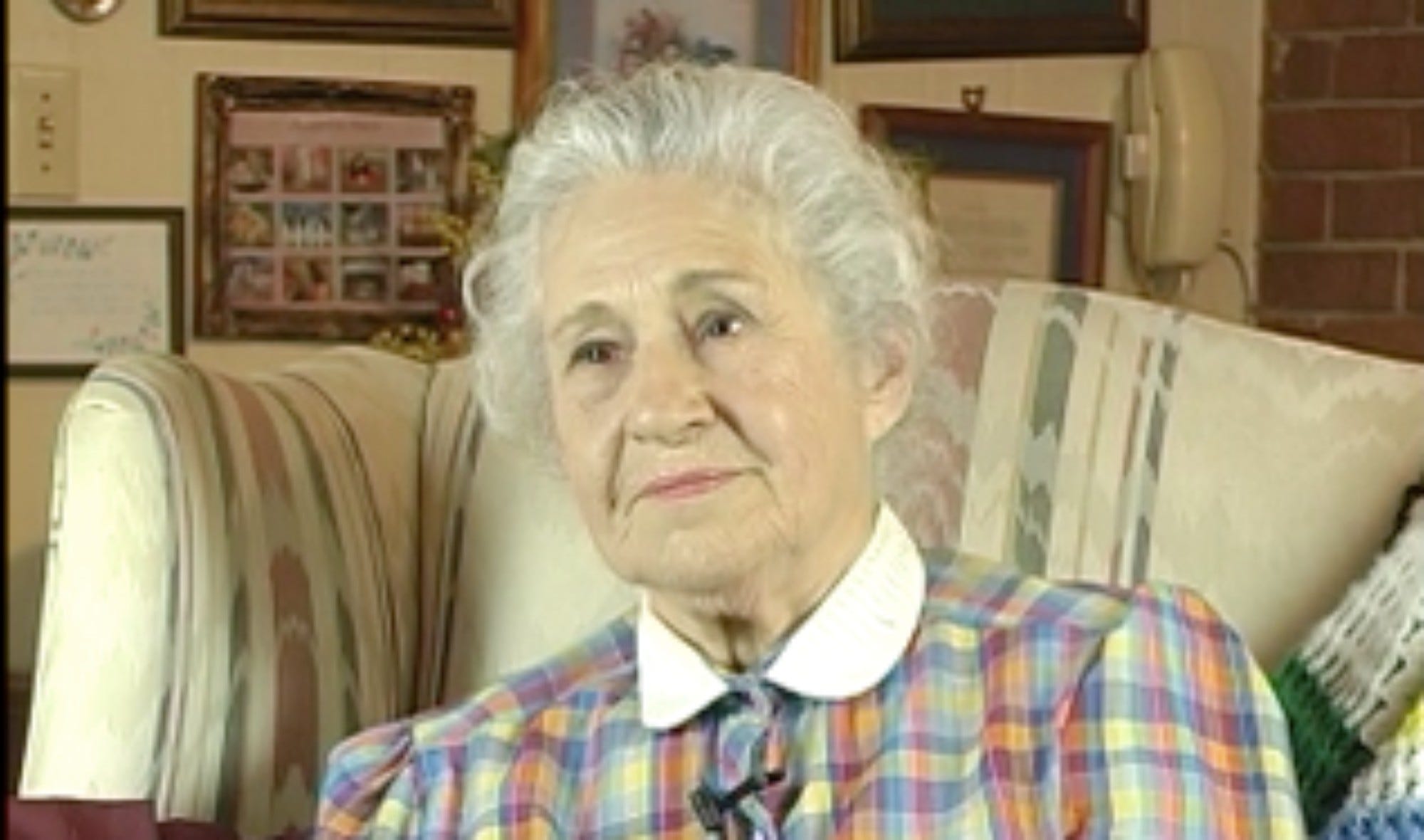 Screenshot via Richard B. Russell Library for Political Research and Studies, University of GeorgiaLorena Weeks.

In 1966, Lorena Weeks was working as a night telephone operator at the Southern Bell Telephone & Telegraph Company and juggling raising three young children. When the company posted an opening for a higher paying job, Weeks was eager to apply.

But Southern Bell denied her the position because she was a woman and hired a man with less seniority. So Weeks teamed up with NOW to sue the company. The case was the first victory under Title VII of the 1964 Civil Rights Act.

Not only did Weeks make history by setting a precedent that helped ensure women weren’t denied jobs on the basis of their sex, she got the job and $US31,000 in back pay. 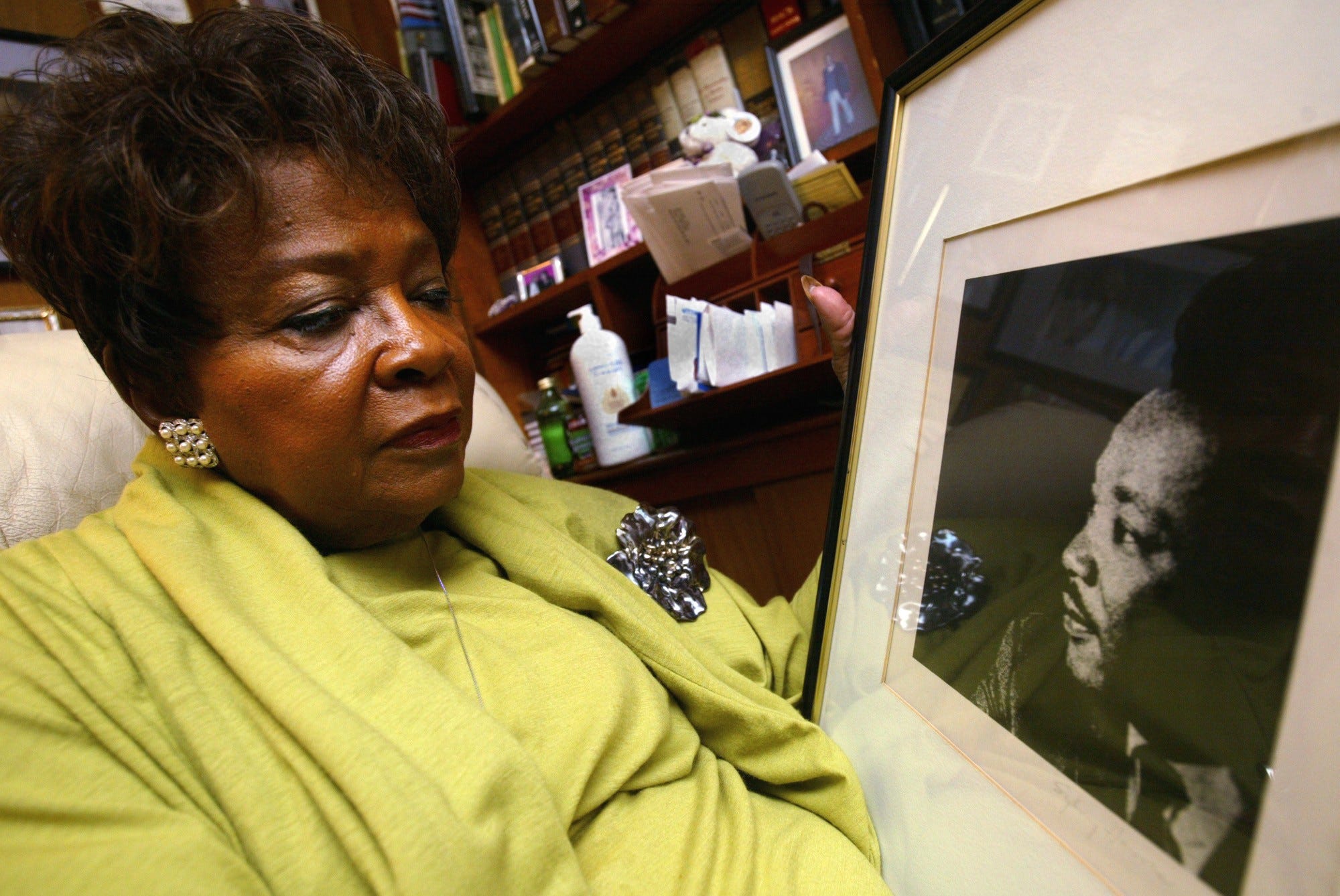 As an activist for civil and women’s rights, Rev. Addie Wyatt led the charge for equal pay as the head of the Coalition of Labour Union Women, then the only national organisation for union women.

Wyatt successfully championed a number of “equal pay for equal work” policies for union contracts in the years before the Equal Pay Act of 1963 as head of the United Packinghouse Workers of America.

“She was part of that generation of great warrior-queens that said, ‘Where help is needed, that’s where I’m going to be,'”Carol Adams, president and CEO of the DuSable Museum of African American History in Chicago, said of Wyatt after her death in 2012. 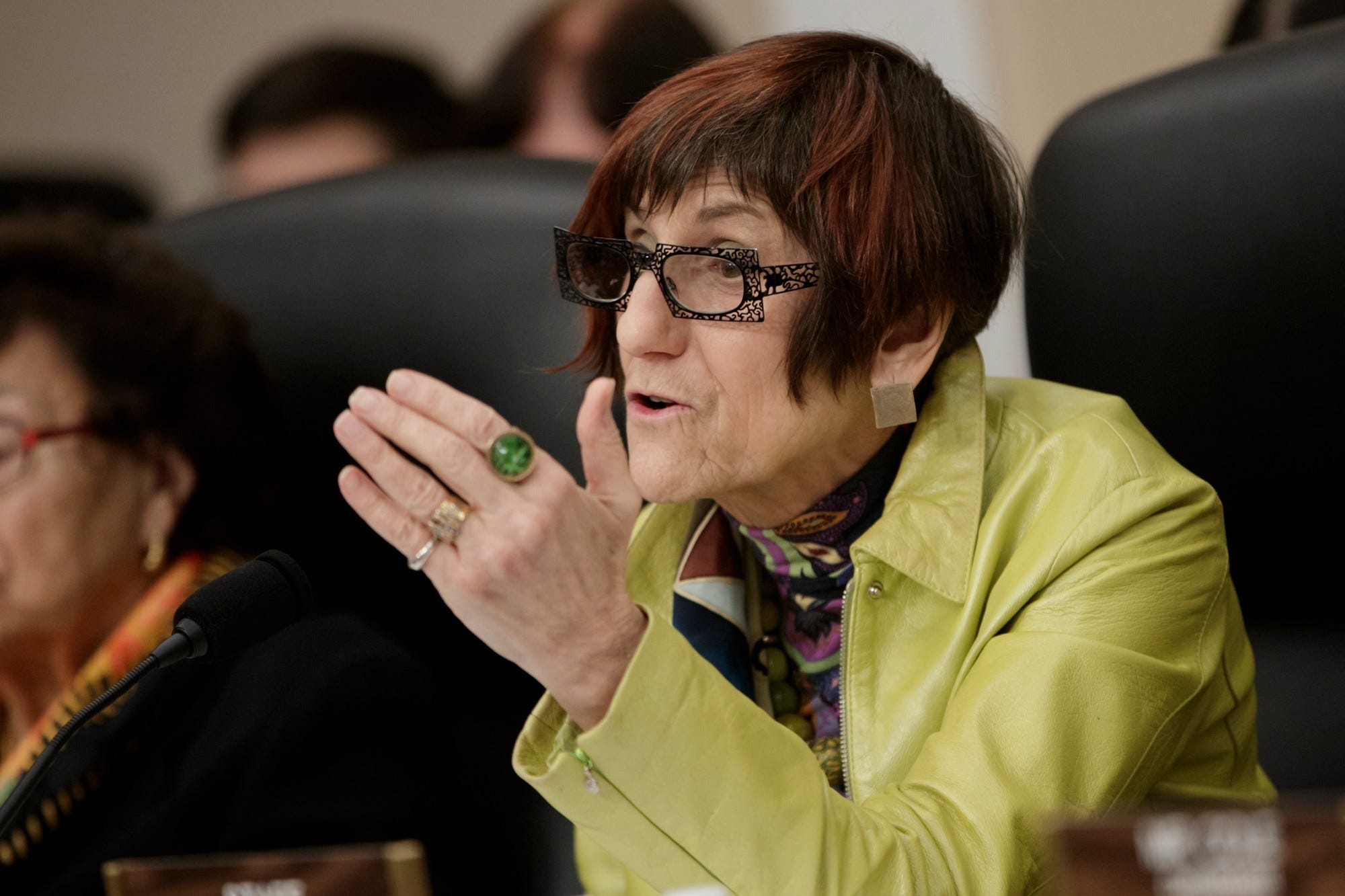 The Connecticut lawmaker has championed equal pay as her top priority since her 1990 election. DeLauro’s main piece of legislation is the Paycheck Fairness Act, which would update the Equal Pay Act and the Fair Labour Standards Act.

DeLauro has introduced the bill, which pushes for increased pay transparency in the workplace, in session after session since 1997, and has said she will continue to do so until the gender pay gap disappears.

“I cannot tell you how difficult it has been to break through on something so simple – that men and women in the same job deserve the same pay,” DeLauro said after Democratic lawmakers re-introduced the bill in January 2019.

Recently, DeLauro made a video about equal pay, explaining how women are on the frontline as healthcare workers, cashiers, caregivers, and food service workers. Especially during this time, she demanded the US owes them equal pay for the essential work they do every day. 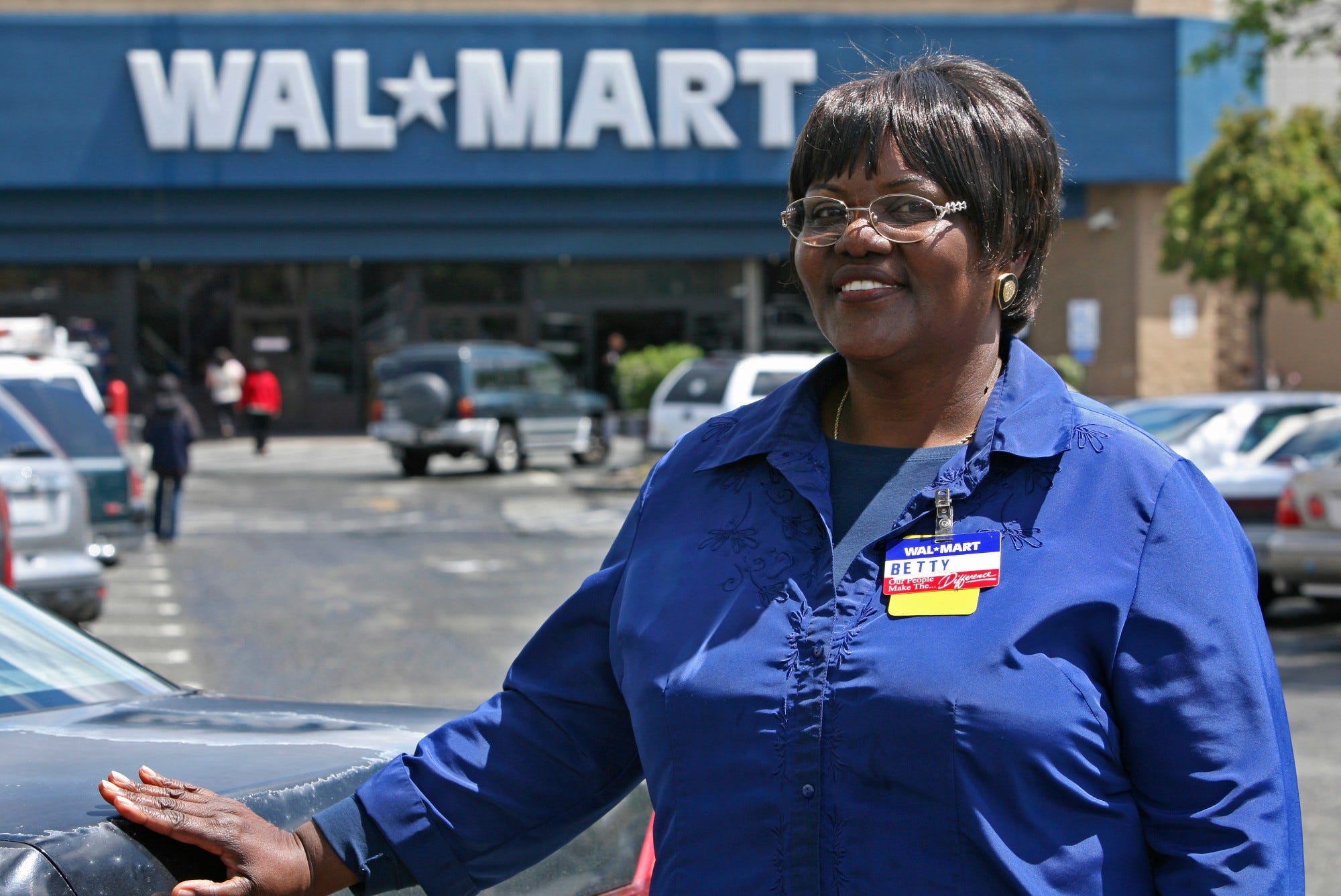 In 2000, after six years with the company, Betty Dukes realised that neither she nor the 72% of female Walmart employees were eligible for the same promotions as their male counterparts.

In a suit that included more than 1 million plaintiffs, Dukes pointed to the disparity between the vast majority of female store workers and employees in management, only one-third of which were female.

The Supreme Court decided in 2011 that 1 million plaintiffs were too many to prove they were all discriminated against in the same way.

Despite the setback, Dukes kept up the cause through a smaller lawsuit for female Walmart employees in California. She also worked with lawmakers like DeLauro on the Equal Employment Opportunity Restoration Act, which was proposed in 2012 to grant employees more freedom to pursue class action lawsuits against employers.

“The one thing I do know is the work that she did is fluid. It has not stopped,” a friend of Dukes’ told the Los Angeles Times after her death in 2017. “She was one of many voices fighting for the same cause.” 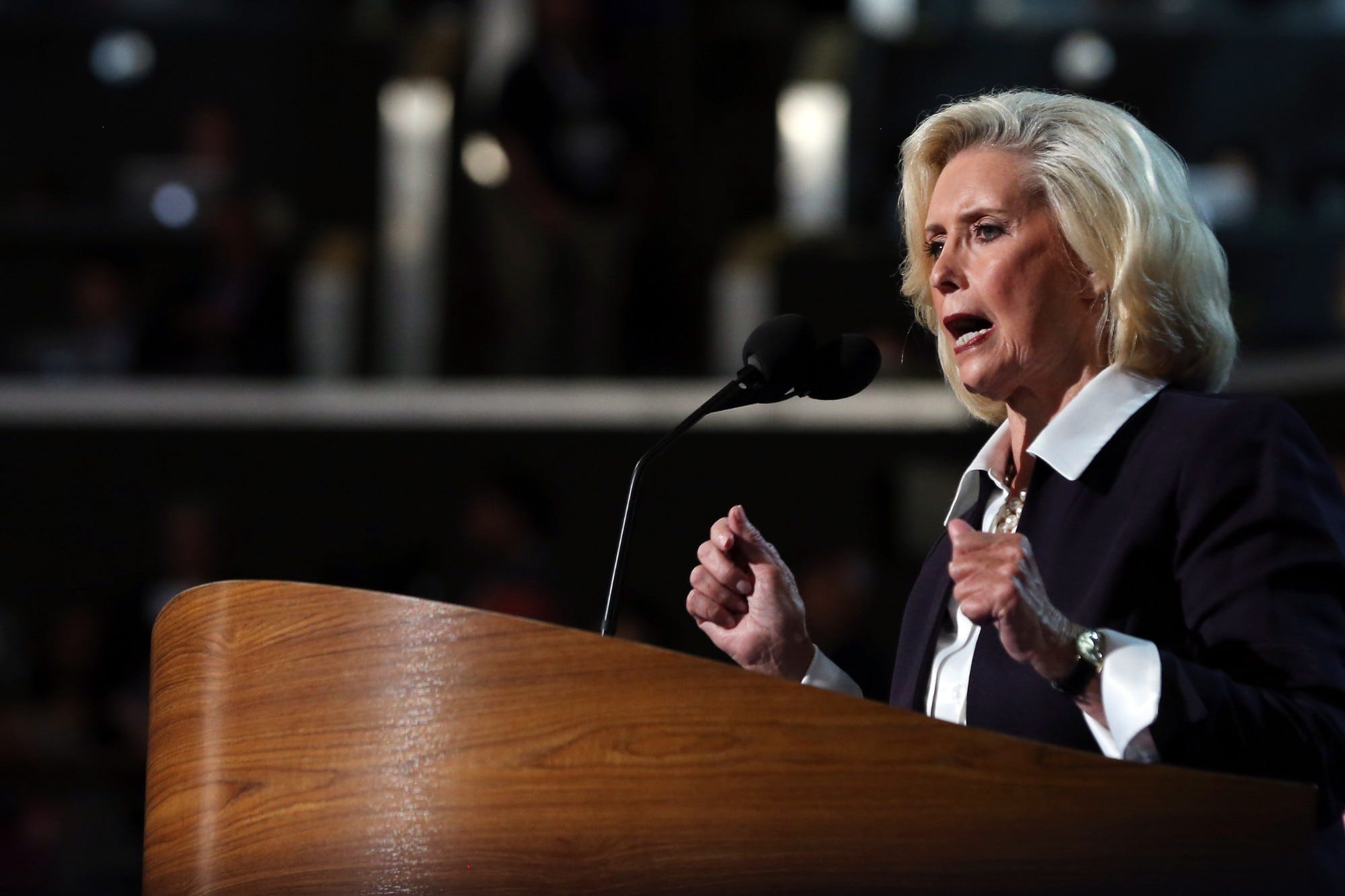 Lilly Ledbetter became cemented in history when her name was used for the Fair Pay Act, which President Barack Obama signed into law in 2009.

Her struggle for workplace equality was built on decades of wage discrimination and sexual harassment in her workplace.

After realising her boss’s decision to pay her less than her male counterparts would affect her savings for the rest of her life, Ledbetter took a lawsuit to the Supreme Court, but lost in a 5-4 decision in 2007.

Two years after the ruling, the Lilly Ledbetter Fair Pay Act creates more opportunities for employees to file complaints about wage disparities that are based on gender or race.

Lebetter has remained at the forefront of women’s equality causes, saying of her passion in 2009: “I told my pastor when I die, I want him to be able to say at my funeral that I made a difference.” 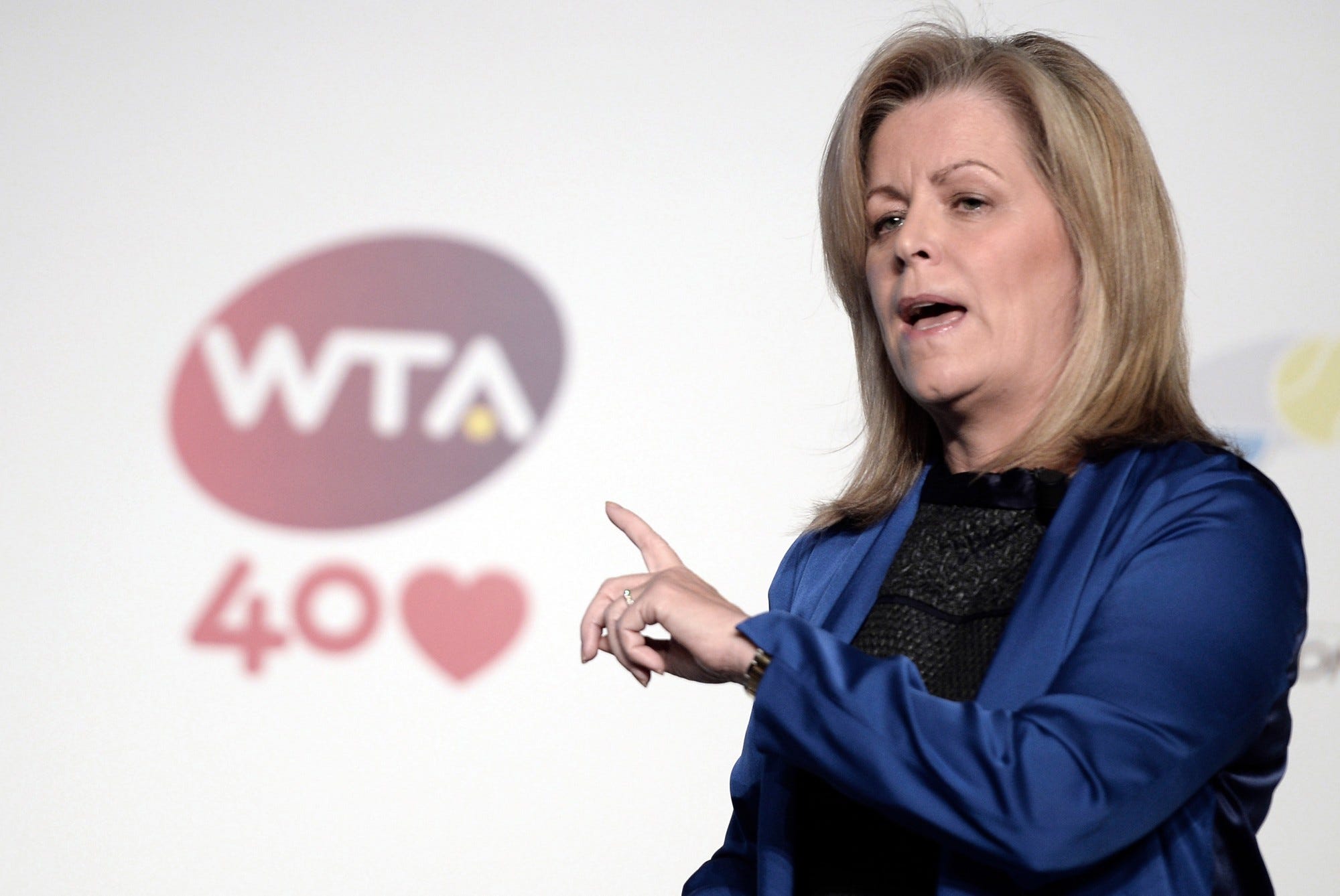 Men and women not only play by different rules in sports like basketball, golf, and soccer, but they also earn starkly different salaries and prizes.

In 2007, professional tennis became one sport that stood out from the trend when Stacey Allaster, former president of the Women’s Tennis Association, coordinated with politicians and players alike to close the pay gap beginning with Grand Slam tournaments like Wimbledon and the French Open.

“This issue of parity is not a women’s issue,” Allaster told The Washington Post in 2014. “It’s a societal issue that needs to be resolved by men and women.”

To this day, the model serves as a clear example for other sports, demonstrating how closing the gap would even increase revenue and popularity for the sport. Bebeto Matthews/APGov. Andrew Cuomo hands his signing pen to school safety agent Kangela Moore after he signed a series of bills that aims to ensure equality for women in the workplace and provide stronger laws for victims of domestic violence.

Much of the legislation behind workplace equality hinges on defining “comparable” positions to identify pay standards across jobs in the workplace.

Moore led a class-action lawsuit of 5,000 New York City safety agents that won a $US38 million federal settlement for the workers and new contracts that included raises to bring the employees up to pay equality.

“What this states is that New York City school safety agents are looked at as a vital entity in our New York City public school system and that we do a vital job. Now I’m able to put food on my table. This is truly a historic victory,” Moore said after the August 2014 settlement. 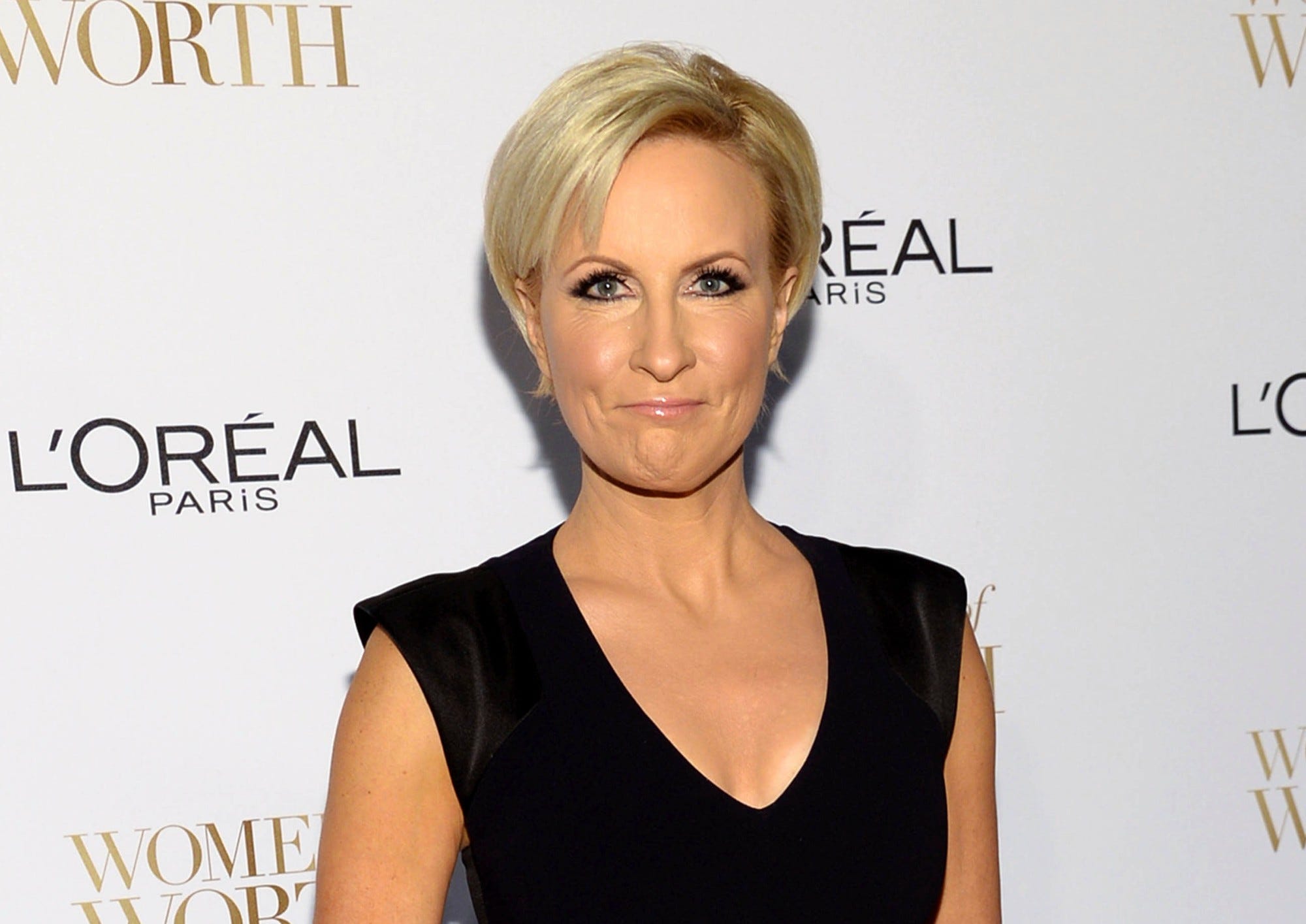 Extreme pay disparity hit home for MSNBC host Mika Brzezinski when she found out in 2011 that she was earning around 14 times less than her “Morning Joe” co-anchor and now-husband Joe Scarborough.

After the network’s president reportedly ignored her requests for a salary bump and Scarborough deposited one of his performance bonuses in her account, Brzezinski told the Huffington Post that she realised she had to get the raise she deserved or leave the network.

Brzezinski said once she knew her value and presented her final demand to MSNBC, she was able to narrow the gap and negotiate a new salary. 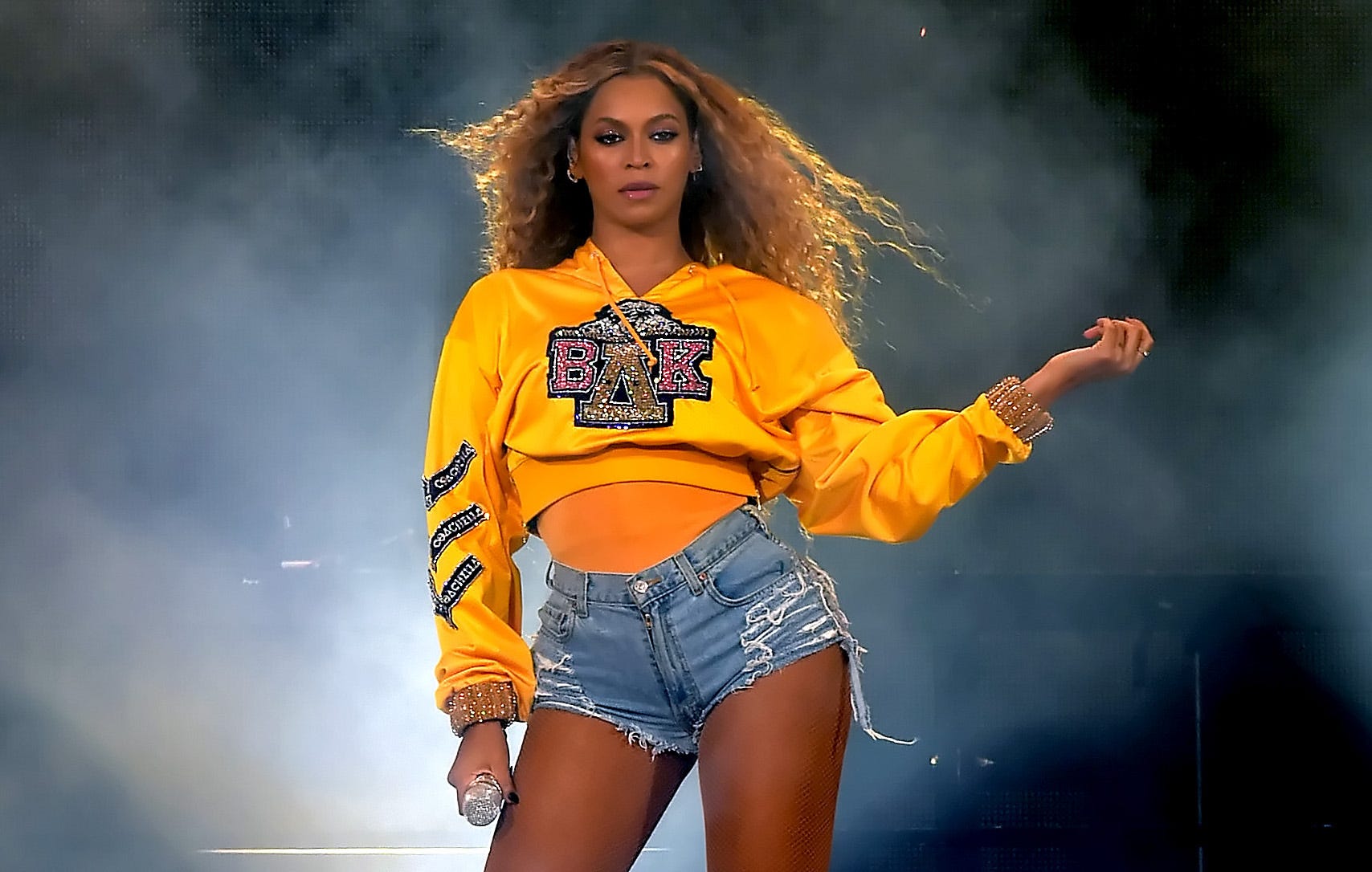 Beyoncé was one of the first celebrities to use her star power to promote equal pay, going vocal in a 2013 GQ interview where she said, “You know, equality is a myth, and for some reason, everyone accepts the fact that women don’t make as much money as men do.”

“I don’t understand that,” Beyoncé said. “Why do we have to take a backseat?”

In a 2014 essay, Beyoncé called for men to join in the push for equal pay, writing that “unless women and men both say this is unacceptable, things will not change.” 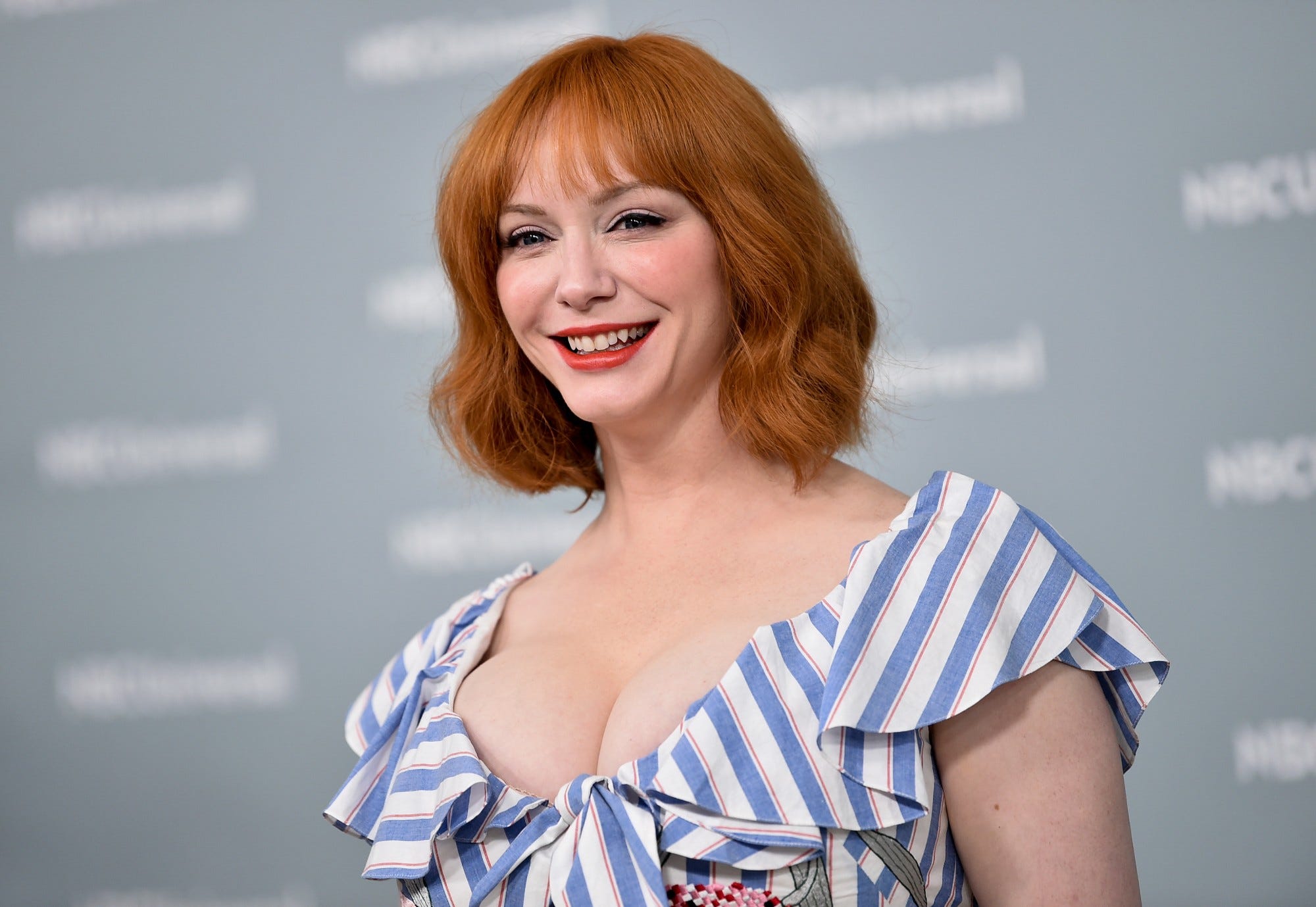 Christina Hendricks made headlines for a PSA that seemed to hit the issue of gender pay disparity on the head.

Hendricks appeared in a 2014 “Funny or Die” video that features her character from “Mad Men” in a modern office, citing present-day pay inequity statistics for her fictional co-workers.

“I figure, if we are going to run our businesses like it’s the 1960s, I’m going to act like it is,” Hendricks says in “Modern Office,” with a martini and a cigarette in hand.