A family who lives in an RV says they're often the only Black people on campgrounds, but the tiny home community has been 'so kind' to them 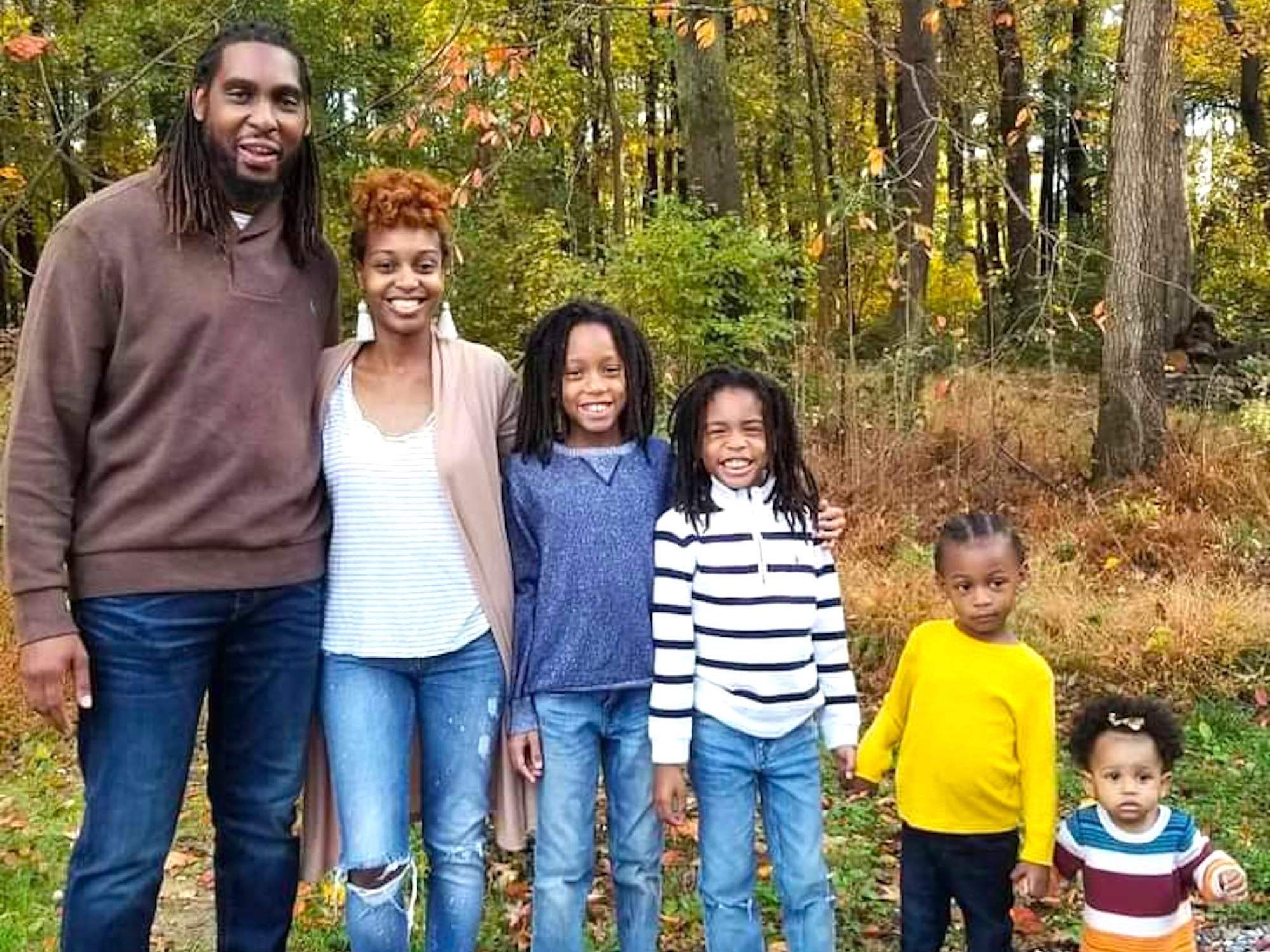 Nomadic living has become hugely popular in the US in recent years, with around one million people living in RVs in America, according to the RV Industry Association.

The new crop of RV owners is different than the traditional mobile-home dwellers, as travel is often the primary motivating factor for purchasing a tiny home, rather than financial necessity.

And according to one tiny dweller, the majority of people who live in RVs full-time have one other big thing in common: their race.

Floshea Harrigan and her family have been living in their 400-square-foot RV full-time since 2017.

They park their home on campgrounds throughout the US, taking up semi-permanent residences across the country.

Harrigan homeschools her children, and they explore the outdoors together almost every day. 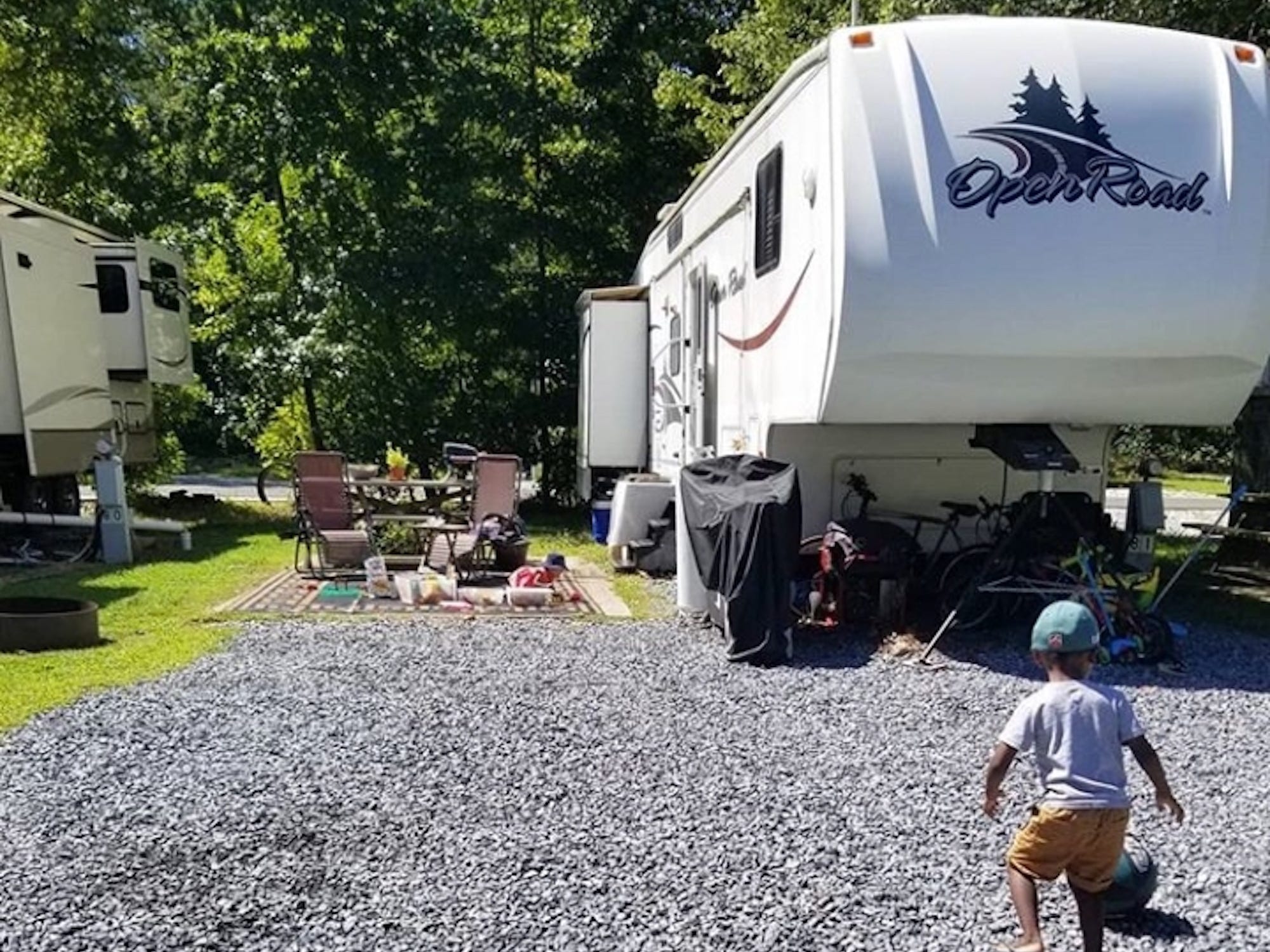 “My husband and I have fallen in love with the simple lifestyle,” Harrigan told Insider, and their kids love RV life too.

The Harrigans are more than content with their lifestyle, but they don’t typically see families who look like them on the road.

Harrigan told Insider she rarely sees other Black families or families of colour that travel full-time as her family does on campgrounds. She’s been able to connect with other Black famlies who live tiny through Facebook groups, but she doesn’t usually see them in real life.

“I have never run into another Black family” on a campground, she told Insider. 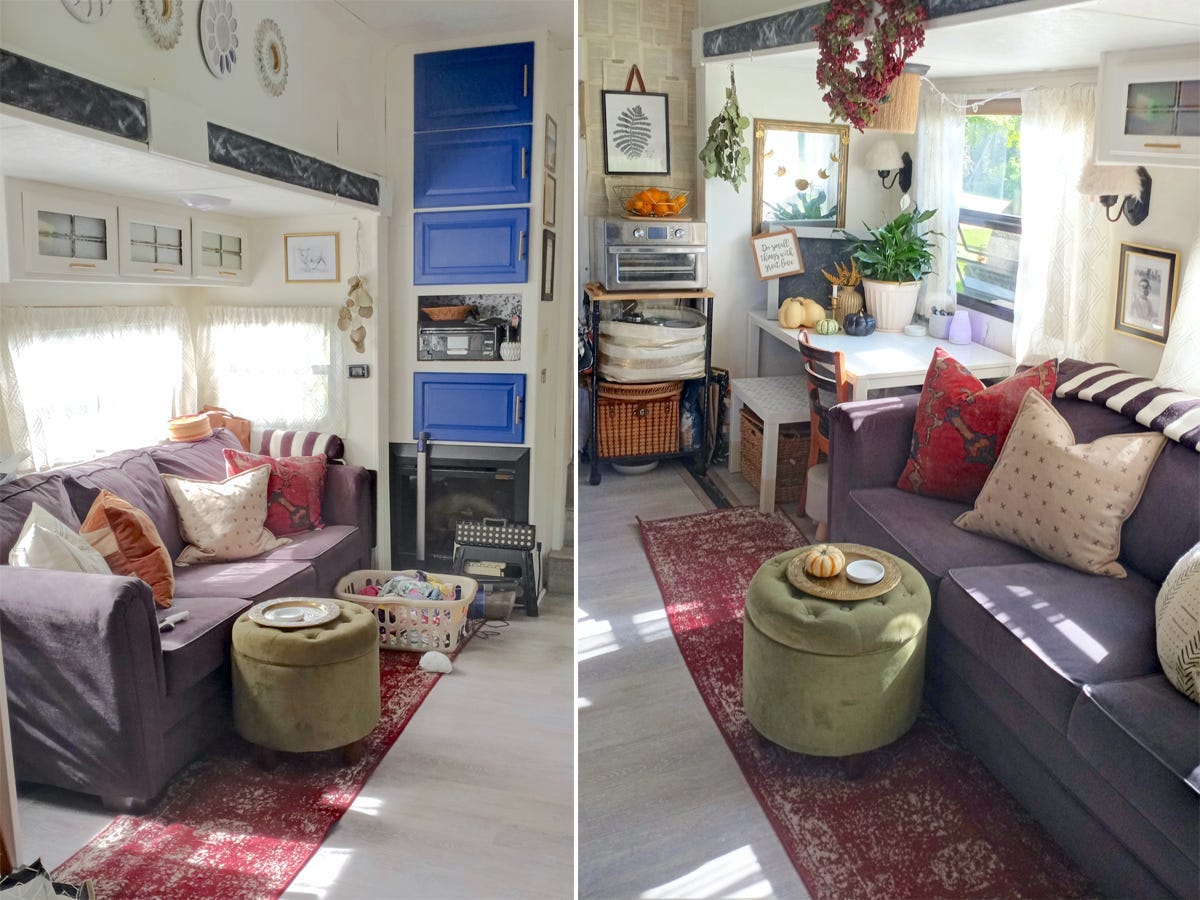 More often than not, her family is surrounded by white people, which doesn’t seem to be a coincidence. A quick search on the Instagram explore page for “tiny home” leads to hundreds of thousands of photos of people â€” the vast majority of whom are white â€” living in stylish small spaces.

Although people have lived in small spaces for as long as dwellings have existed, it’s only in recent years that living small has become a desirable lifestyle, and aesthetic appeal has played a role in its surge in popularity. The design style that’s popular in the movement overwhelmingly caters to white people, as modern farmhouse and boho-chic aesthetics are common in tiny homes.

The modern tiny home movement has almost become synonymous with lifestyle influencer culture, which is dominated by white people â€” many of whom choose to live in small spaces to escape a “normal” life, moving into vans or RVs with the intention of travelling or living off the land around them. Some earn money by blogging or sharing sponsored content about their unique lifestyles. 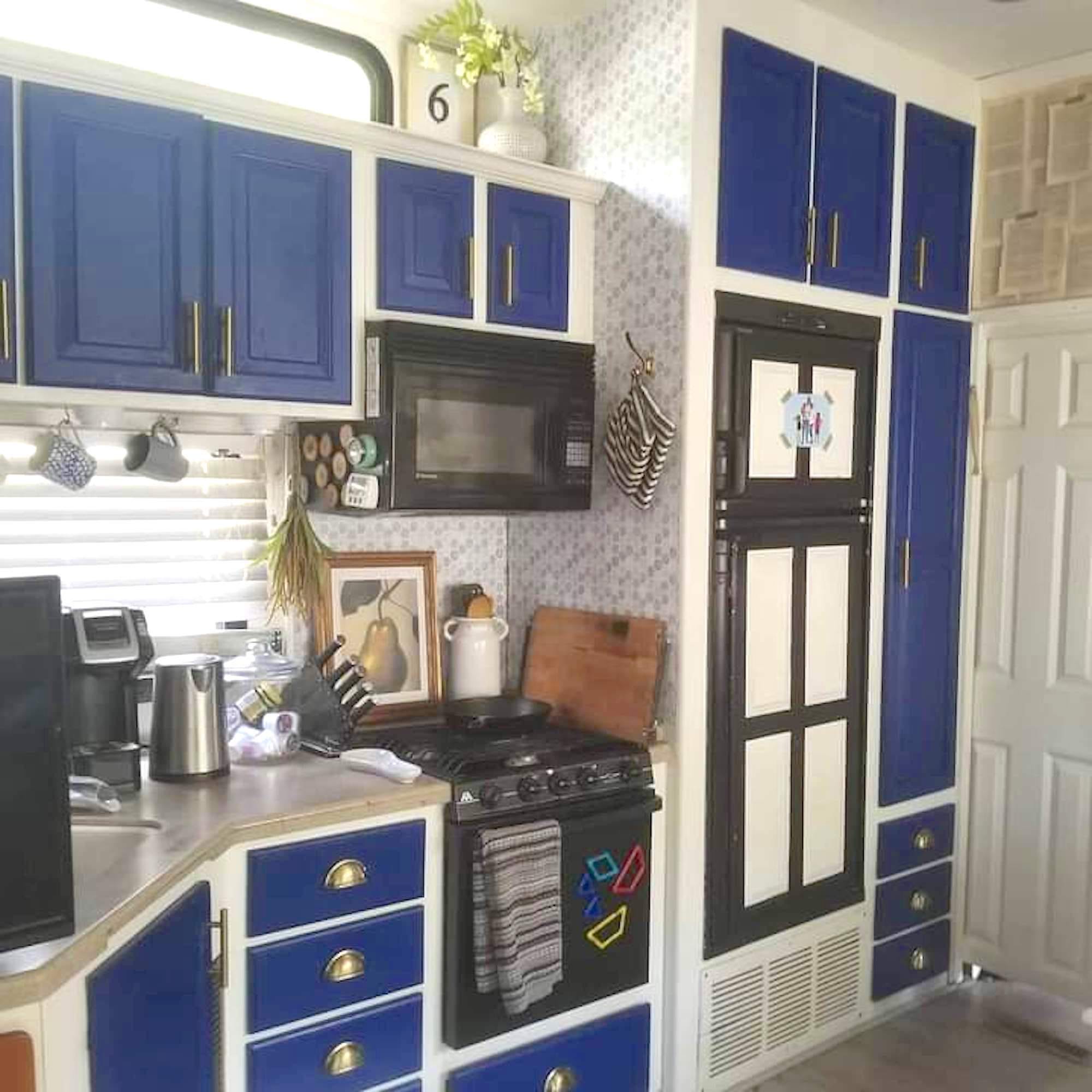 “I never stepped foot into an RV until we started looking for ours,” Harrigan said, adding that she thinks many Black people have similar experiences.

“It was a luxury item, and there’s definitely a flexibility gap within the Black community and other communities when it comes to being able to have a luxury item,” she added.

As Harrigan said, the wealth gap between white and Black Americans is substantial. As of 2016, the average white family’s net worth was 10 times more than that of the average Black family, as Business Insider previously reported. White families’ net worth was $US171,000 while Black families had a net worth of $US17,150, according to the Brookings Institution. That gap remains consistent even among wealthier groups. 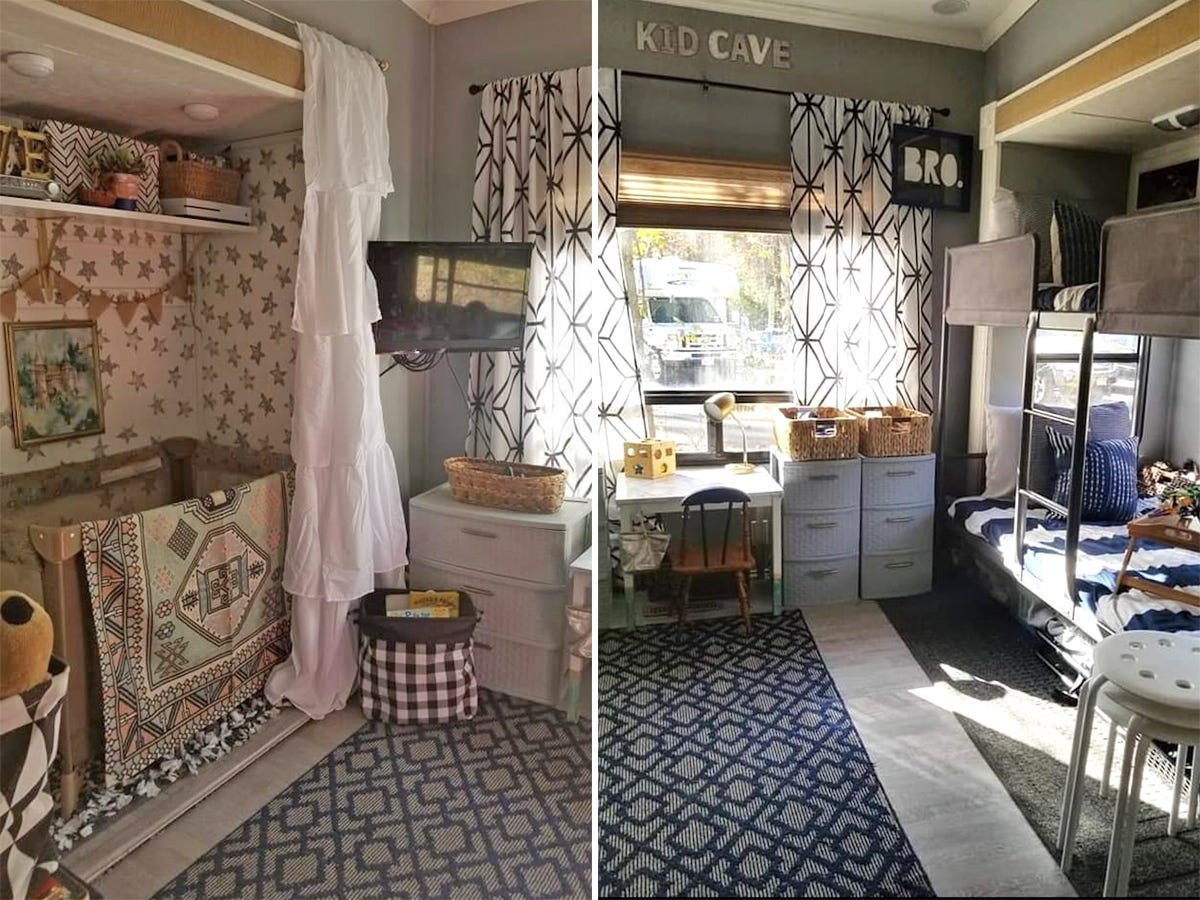 Institutional racism has helped to maintain and widen this gap, putting Black Americans at a disadvantage. Shawn Rochester, author of “The Black Tax: The Cost of Being Black in America,” estimates that racism has cost Black people $US70 trillion since the start of slavery in America.

And as Harrigan noted, because fewer Black people are wealthy, they have less opportunities for luxury spending on experiences like RVs, making it less likely they would embrace RV life full-time.

The RV community has been welcoming and kind to the Harrigans

Harrigan told Insider that her family’s experience living tiny has been overwhelmingly positive.

“Although we have been usually the only people of colour on campgrounds full time, the RV community has been so neighborly and so kind,” she told Insider. “It’s really amazing. People have gone over and beyond to help us, to be gracious, and to be giving towards my children.”

“But if I’m being honest, it doesn’t take away that it is a little bit uncomfortable sometimes for us,” Harrigan also said.

Speaking to Insider, Harrigan said she worries about what would happen to her family if they encountered someone prejudiced and no BIPOC people or allies were there. 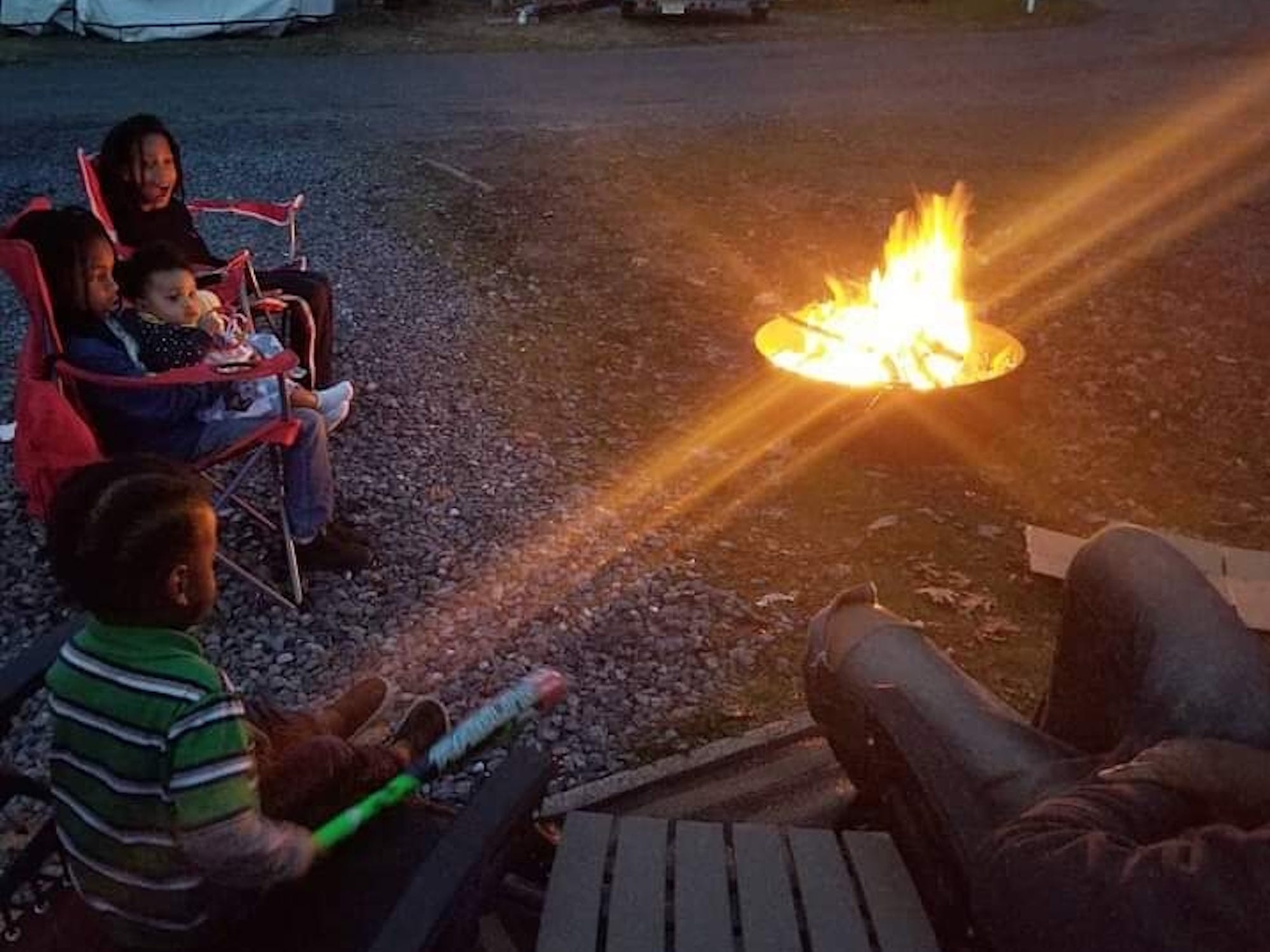 Being the only Black people on campgrounds makes the Harrigans vulnerable in a way their white peers aren’t.

“We exercise caution at all times, especially when we’re travelling down South,” Harrigan, who grew up in Mississippi, said.

However, Harrigan also noted that the discomfort she feels isn’t unique to being on an RV campground.

“I can only speak for myself, but that’s the life of being a minority where we live,” she said. “So it’s not a new feeling.”

And her fears don’t outweigh the positivity living in the RV has brought to her family.

For the Harrigans, the good aspects of living tiny outweigh the bad

The Harrigans love living tiny, but they don’t want people to think their lives are perfect because of the size of their home.

Tiny homes and the nomadic lifestyle are often looked at as a solution for people stuck in a rut. And while moving into a tiny home can alleviate financial stress or provide a new perspective for some people, it can’t fix everything. 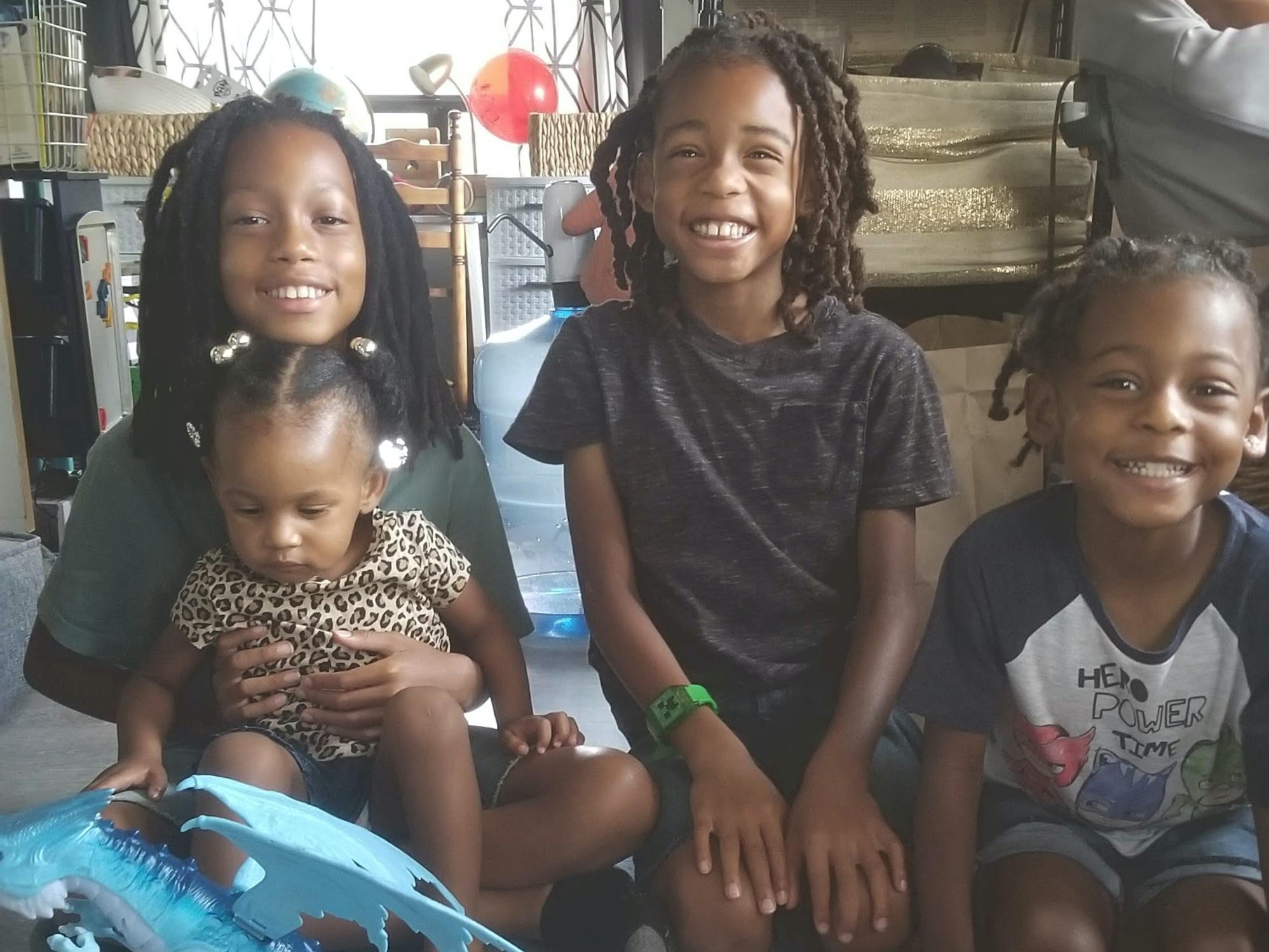 For instance, the Harrigans have faced financial struggles since they downsized, and it isn’t always easy to be in a small space with four kids every day.

But the freedom the RV offers and the time she spends with her kids makes their lifestyle worth it for Harrigan.

“It can be overwhelming, but I enjoy being close to my kids like this,” she said. “Because they’re so young, I can pour a lot into their little hearts.” 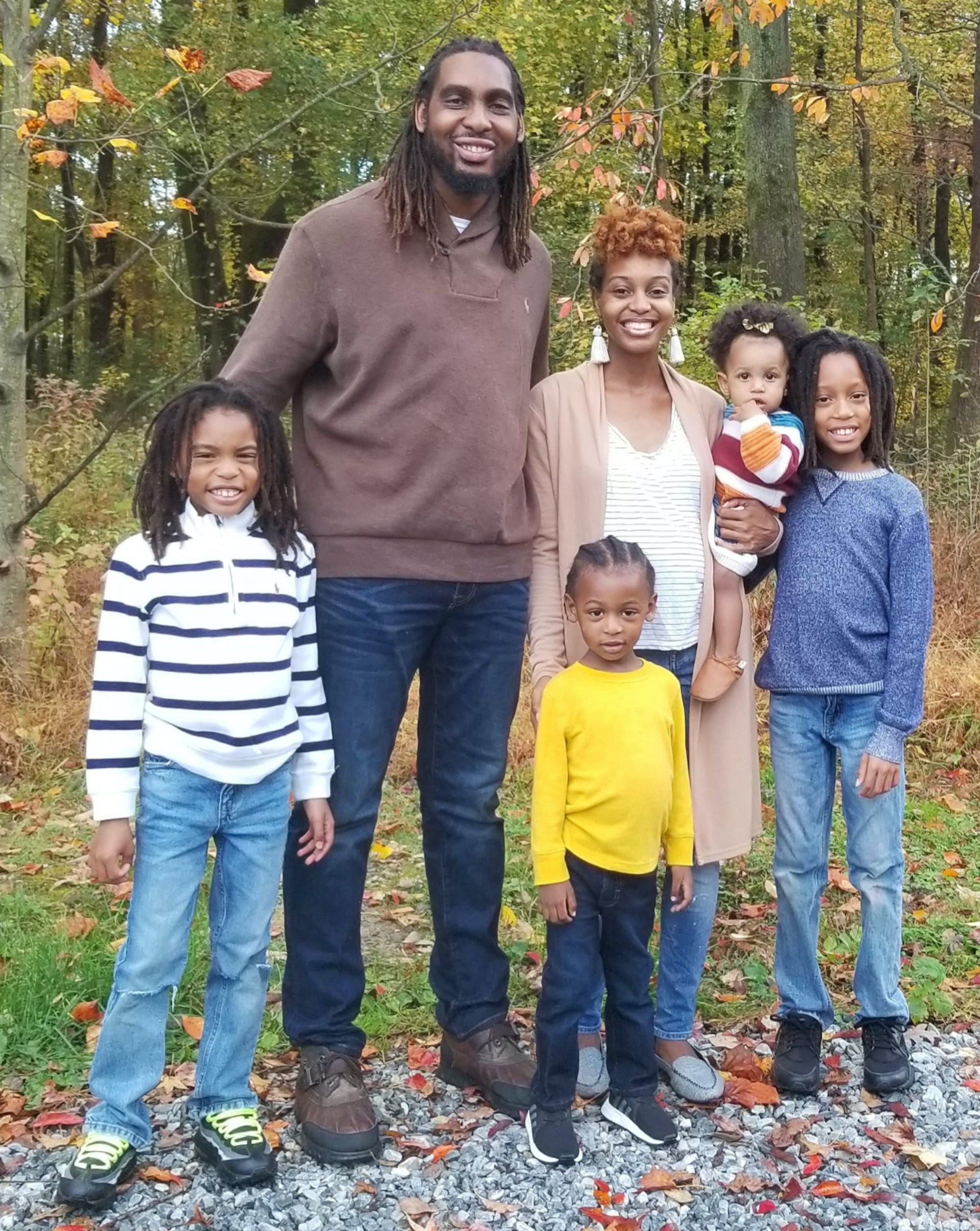 “We chose to live tiny in this RV so that we can have the freedom to go when we want to go,” Harrigan also said. “But we still are regular people who deal with life.”

“Whether it’s tiny living or any other situation, I think it’s always important to remember the whole conglomerate of different situations that people are in,” she advised.