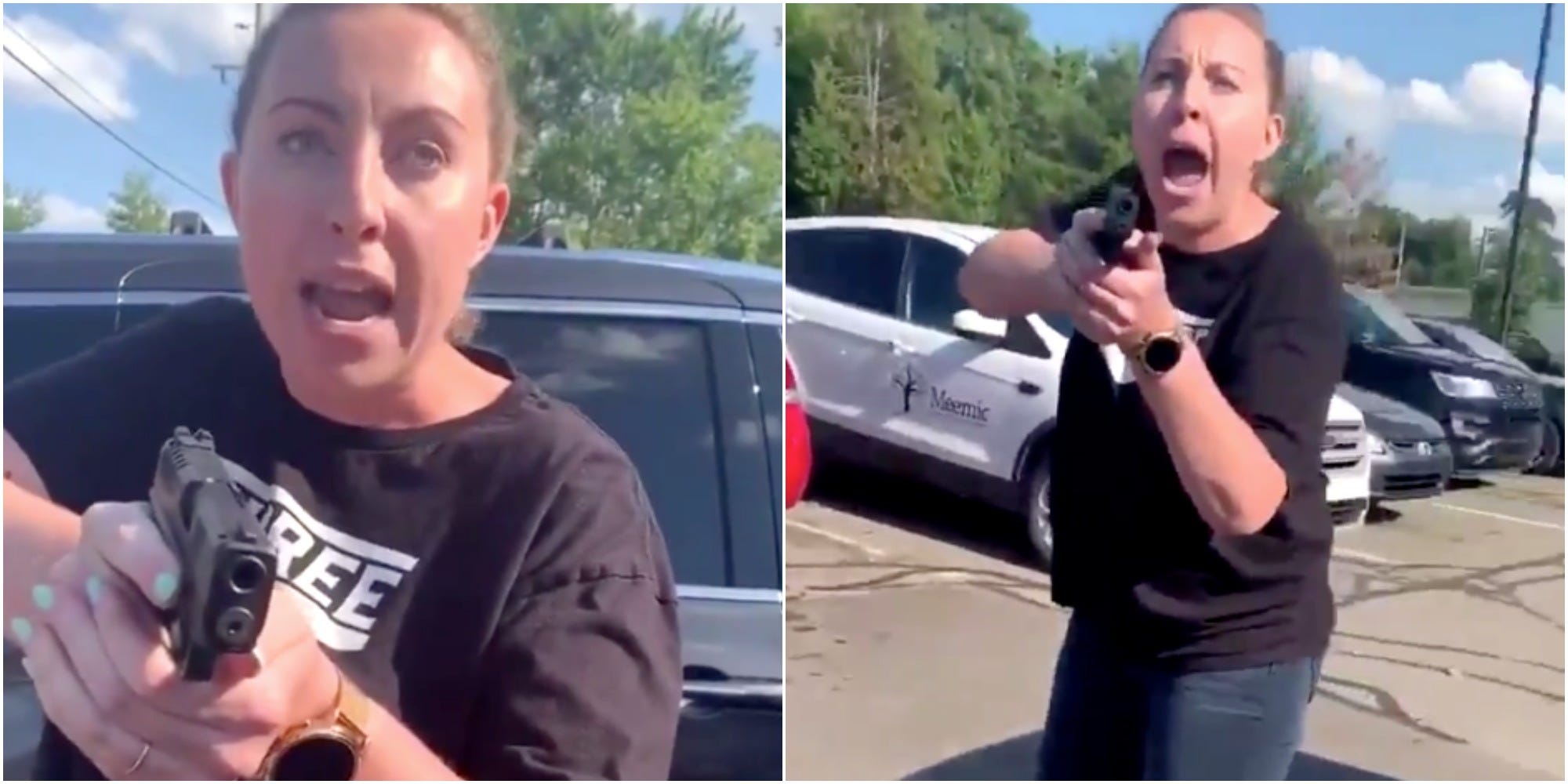 A white woman who was recorded pointing a gun at a Black woman and her 15-year-old daughter in a Chipotle parking lot in Michigan has been charged with one count of felonious assault, a four-year felony.

Video of the confrontation in Orion Township, Michigan, was posted to Facebook on Wednesday night.

The woman’s husband has also been charged with felonious assault.The Detroit Free Press identified the couple as Jillian Wuestenberg, 32, and Eric Wuestenberg, 42.

Takelia Hill told the Detroit News that the confrontation began when Wuestenberg bumped into her 15-year-old daughter, Makayla Green. Green and Hill demand an apology, and proceed to call Wuestenberg “ignorant” and “racist.”

As Wuestenberg walked to her car, her husband, can be seen in a full version of the interaction getting out of the vehicle and telling Hill and Green: “Who the (expletive) do you think you guys are?”

“You cannot just walk around calling white people racist … White people aren’t racist … I care about you and I’m sorry if you had an incident that has made someone make you feel like that. No one is racist,” Jillian Wuestenberg added.

Hill stepped back as the couple got into their car and rolled their windows up, but as Wuestenberg’s husband backed out of the vehicle, Hill hit the back of it, believing she was going to be struck.

Wuestenberg then got back out of her car, pointed the gun at Green and Hill, and told her husband to call the police.

Oakland County sheriffs did arrive on scene, but she was not immediately arrested.

Wuestenberg and her husband are both registered gun owners with concealed pistol licenses, and police confiscated their guns during the investigation.

Oakland County Executive David Coulter told the Detroit Free Press that he was “deeply disturbed” by the video of the incident.

A spokesperson for Oakland University, where Eric Wuestenberg worked as a veterans support services coordinator, said he had been fired from his job since the incident.

“We have seen the video and we deem his behaviour unacceptable,” university spokesman Brian Bierley told the Free Press.