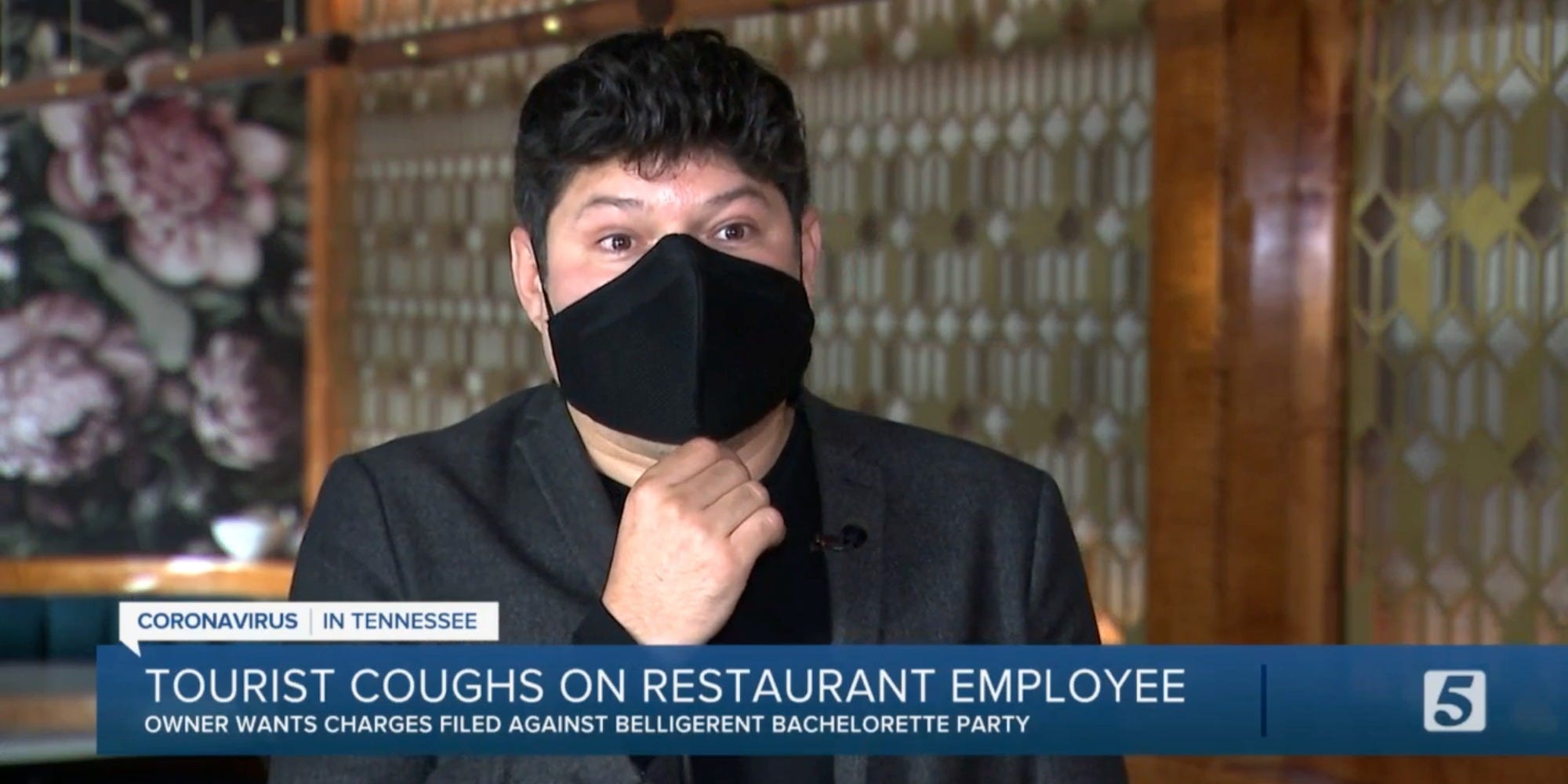 News Channel 5Mikey Corona, co-owner of the Mockingbird restaurant in Nashville, says a bachelorette partier purposely coughed on one of his workers.

Police in Nashville, Tennessee, are investigating after a restaurant worker said a belligerent bachelorette partier coughed on her after the group was not allowed to put their tables together to comply with COVID-19 social-distancing measures.

Mikey Corona, co-owner of Mockingbird, told News Channel 5 that the bachelorette party of 10 came into his restaurant Saturday night around 8:30 p.m., and proceeded to get angry when he told them they could not push their tables together.

Restaurants in Nashville are currently under orders not to sit more than six people at a single table, according to the city’s coronavirus reopening plan. 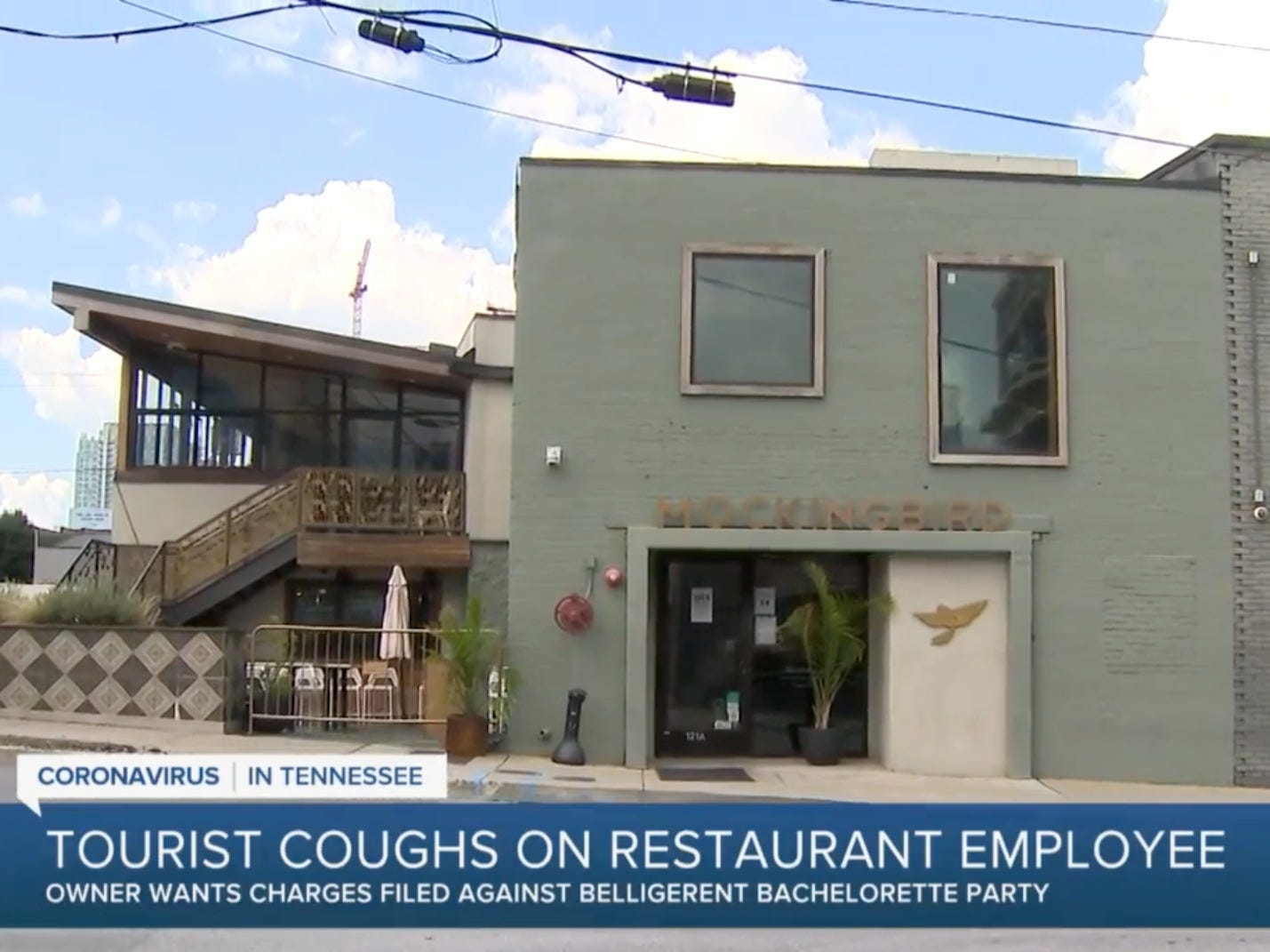 News Channel 5The exterior of the Mockingbird restaurant in Nashville, Tennessee, is seen above.

Corona told BuzzFeed News that about half of the party wasn’t wearing face masks either, and that the bride-to-be tried to defy his orders and push their tables together.

When he insisted that they not do so – because the restaurant could be cited and risk losing their licence – the group “stormed out,” he said.

On the way out, one of the partiers coughed three times in the direction of the restaurant’s assistant general manager, Corona said.

The assistant general manager – who has not been named – has since been tested for the coronavirus and won’t be working until she gets her results back, which has been a blow for the restaurant.

“She is now going to be quarantined, she’s got to get tested, she can’t be around her family,” Corona told WKRN.

“As a business, we are having to pay for her not to be here, as well, and so it’s just a struggle all around and it’s not necessary.”

The assistant general manager has also filed an incident report with the Nashville police. The department told BuzzFeed News that the incident is being investigated as a simple assault.

“You know we are all about fun in this town, but when you come in with your bedazzled cowboy boots and you stomp on us like we are a mat that’s not OK,” Corona wrote, noting that it’s unacceptable for customers to treat staff this way.

“That’s where you have to draw the line because we are also human and you should respect that first and foremost.”

One of the bachelorette party members who was named in Corona’s Facebook post issued a statement to NBC 15, a news station in her home state of Alabama.

“All I have to say is it’s the only reason my name is out there and I am getting harassed and threatened because the reservation was under my name. I had no involvement otherwise. The story is 95% false,” the statement reads.

She added that she has consulted a lawyer and is not going to be making more statements.