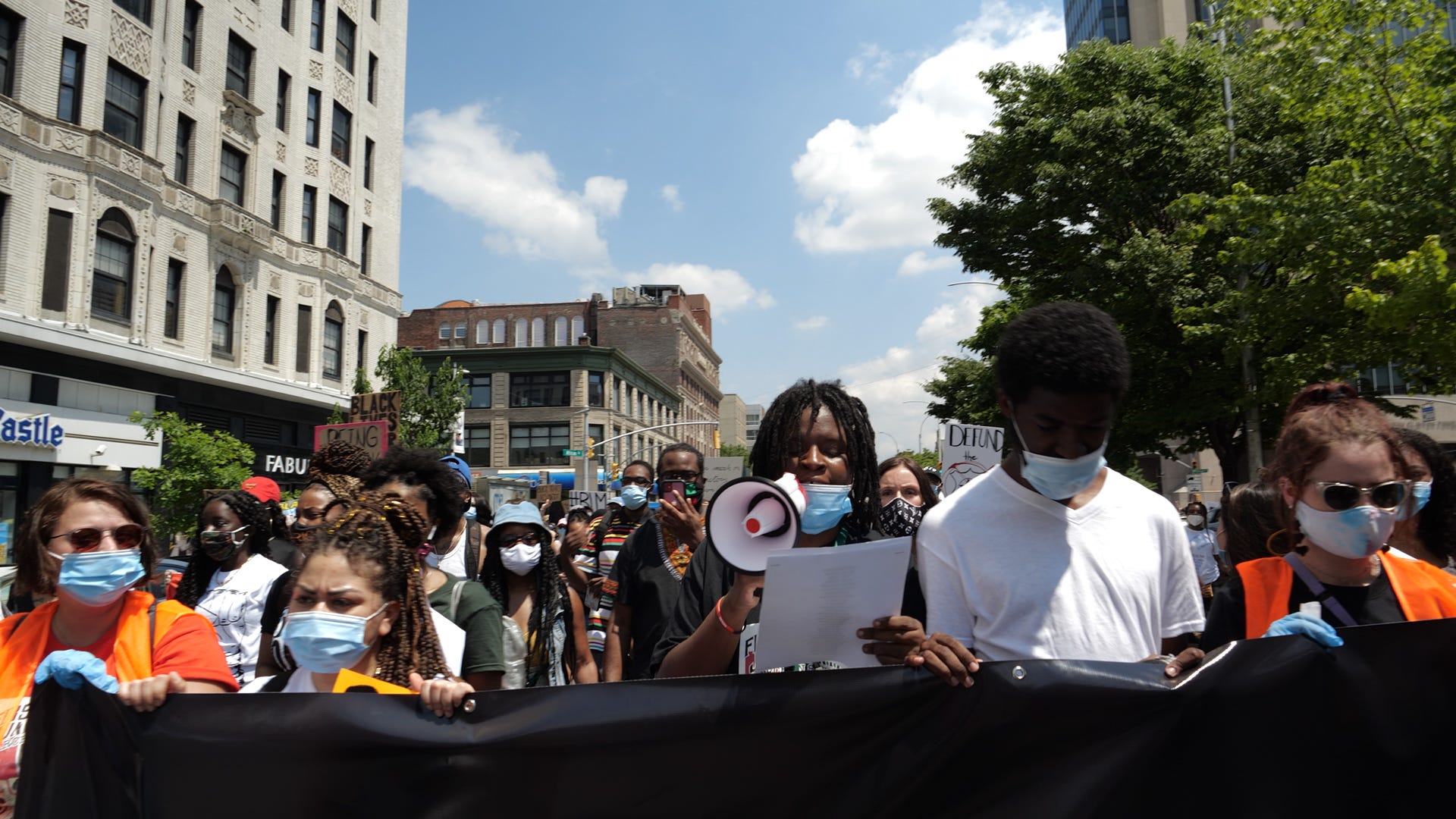 California officers arrested a woman who drove into dueling groups of protesters on Saturday.

The driver, identified by law enforcement as 40-year-old Tatiana Turner, is being charged with attempted murder and assault with a deadly weapon, according to a press release from the Orange County Sheriff’s Department.

Turner struck at least two people, a man and a woman, with her car, sending both to the hospital with serious but not life-threatening injuries, the release said.

The incident occurred at a protest organised by Caravan for Justice, a grassroots group that was rallying in support of the Black Lives Matter movement. Counterprotesters, some of whom were seen waving flags in support of President Donald Trump, also showed up.

“Approximately 30 minutes after the protests began, we began to receive reports of physical altercations occurring between the two protest groups,” the sheriff’s department said.

It’s unclear whether the protesters struck by the car were part of the Black Lives Matter group or the counterprotesters. The two groups had converged when the driver struck the protesters, said Carrie Braun, public affairs director of the Orange County Sheriff’s Department in a text to Insider.

The event drew between 150 and 250 people, according to the sheriff’s department.

Deputies stationed at the event called for immediate dispersal after the two groups began to clash, the release says. Turner drove into the individuals while exiting the parking lot, according to the release, after the dispersal orders were given. Police also said that there were weapons in the competing crowds.

The two people injured by the collision with the vehicle are recovering in the hospital, according to the release. The man broke both his legs and the woman has “moderate injuries throughout her body,” according to NBC News.

In the past several months, there have been at least 104 instances during which people drove cars into protesters,USA Today reported.