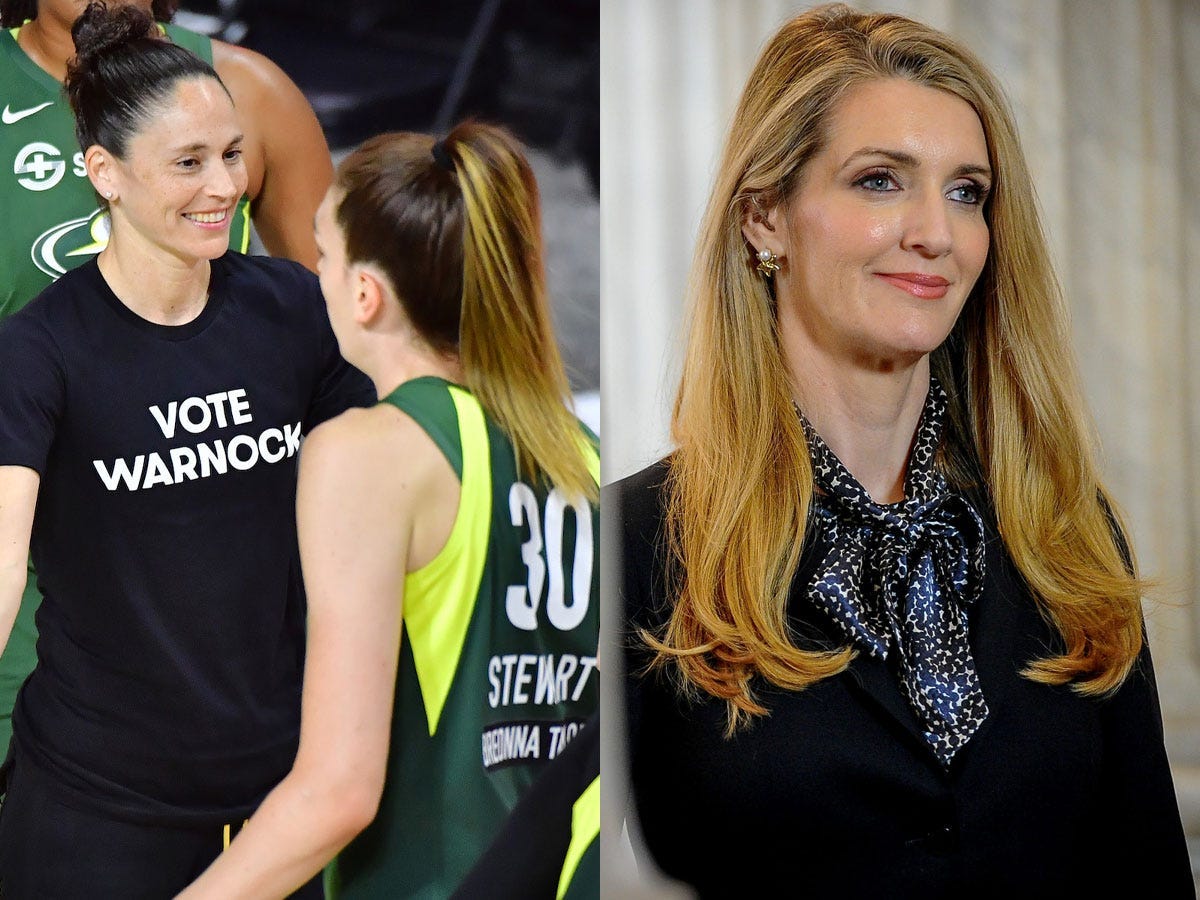 Julio Aguilar/Getty Images/ReutersWNBA players brought the race into the national spotlight by endorsing Raphael Warnock despite Sen. Loeffler’s ownership of one of the league’s teams.

Georgia â€” a state that has long been a Republican stronghold â€” is one step closer to electing its first Democratic senator in more than a decade.

And WNBA players may have been instrumental in turning the tide.

Democrat Raphael Warnock has officially forced a runoff against incumbent Senator Kelly Loeffler in the Peach State after neither candidate broke through the jungle special election’s crowded field to secure 50% of the vote. The seat they’re vying for â€” which was abdicated by Republican Johnny Isakson in 2019 â€” will be decisive in determining which party controls the US Senate. 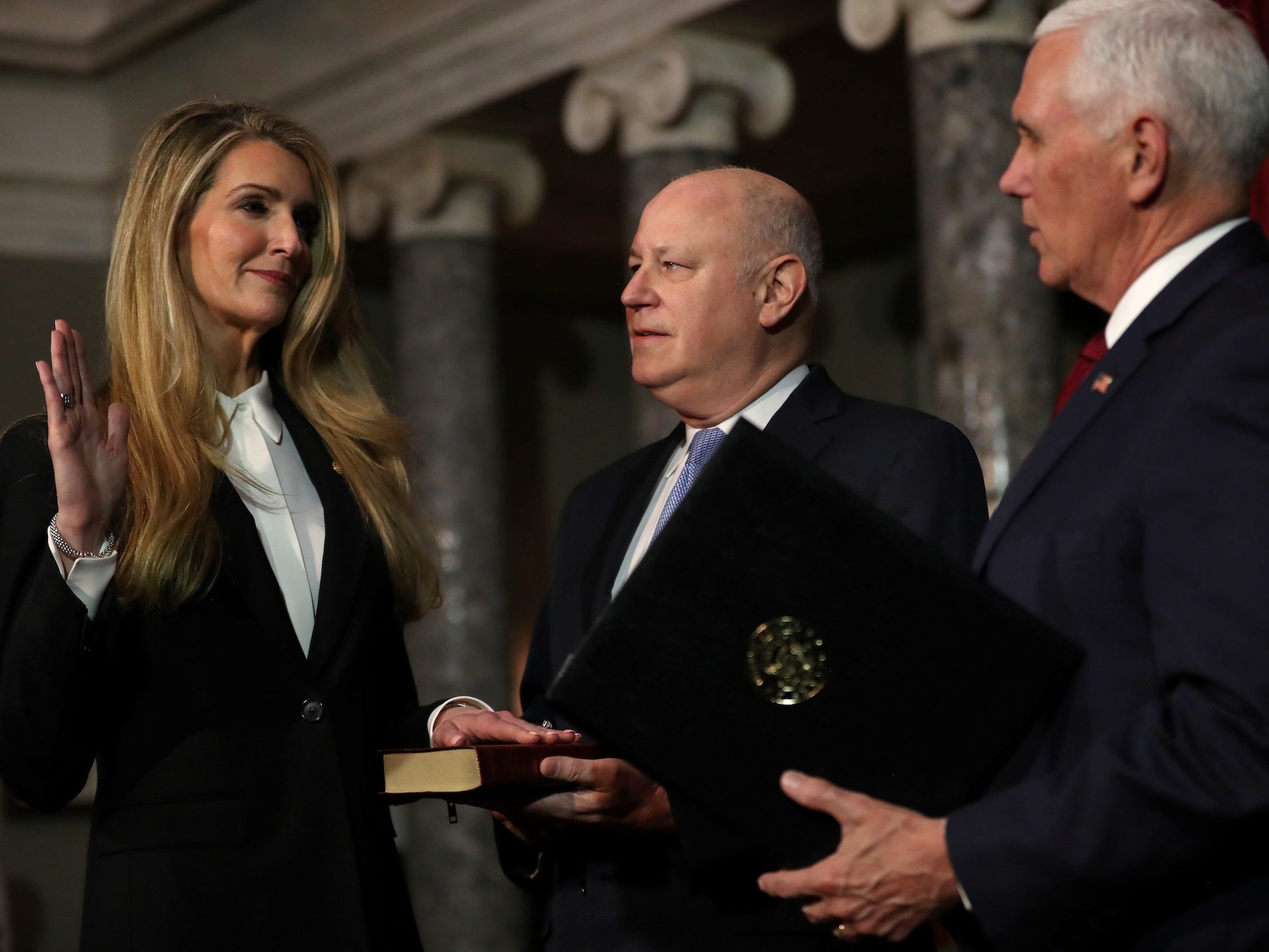 REUTERS/ Leah MillisKelly Loeffler is sworn in as a US Senator.

Loeffler had little to no political experience before Georgia Governor Brian Kemp appointed her to the open Senate seat last year. But the self-proclaimed “political outsider” has long been a prominent businesswoman, and one of her most front-facing investments has come back to bite her.

In 2010, Loeffler became a co-owner of the Atlanta Dream â€” the WNBA’s Georgia-based team and its lone representation in the Southeastern United States. And 10 years later, she became an enemy to the notably progressive WNBA community, so much so that the league’s players openly endorsed her opponent in the middle of the season.

Before a slate of games in July, players on each of the WNBA teams donned T-shirts that read “Vote Warnock.” According to The New York Times’ Sopan Deb, 11-time WNBA All-Star and Seattle Storm superstar Sue Bird coined the idea for players to support Warnock in such fashion publicly. And even members of the Dream joined in on the effort. 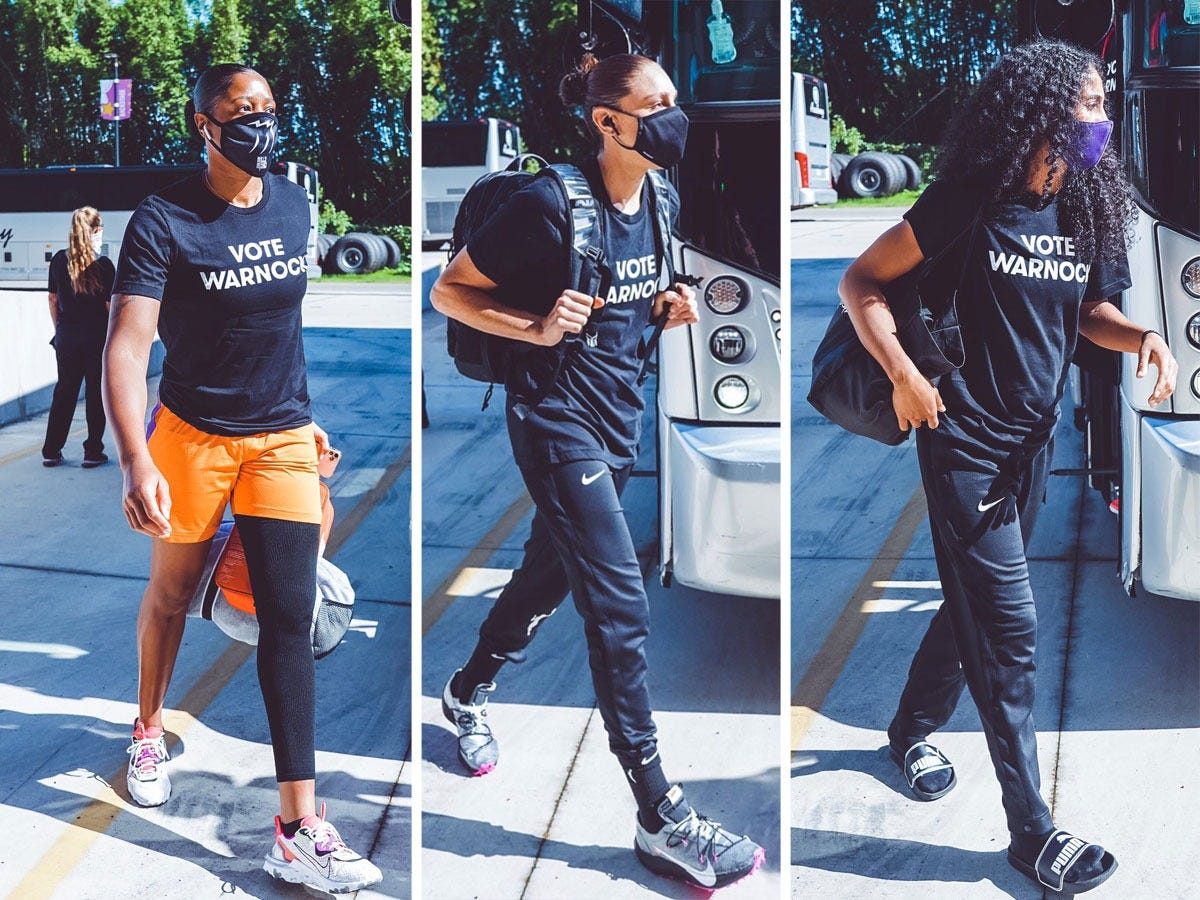 “When we realised what our owner was doing and how she was kind of using us and the Black Lives Matter movement for her political gain, we felt like we didn’t want to feel kind of lost as the pawns in this,” Atlanta star Elizabeth Williams told The Times.

According to ESPN’s Holly Rowe, WNBA players held Zoom meetings with Warnock to understand his platforms better and ensure that they were comfortable showing public support for his candidacy. They also sought guidance from former Georgia Democratic gubernatorial candidate Stacey Abrams, who became a WNBA players’ union board member in 2019.

I am proud of these players. Thank you for connecting the dots between social justice & voting. @ReverendWarnock is one of the bright stars vying to for U.S. Senate in Georgia – he’s got this. https://t.co/w6nAFG0p6K

Within two days of the WNBA players’ collective action, Warnock’s campaign announced that it had raised nearly $US200,000. In the coming weeks, Warnock began using his new funds for TV spots, and it eventually translated to a surge in the polls.

“I think it was helpful,” Warnock told USA TODAY Sports of the WNBA players’ endorsement. “It was one of many turning points in the campaign. It gave people a chance to look a little closer and say, ‘Who is this Warnock guy and what is he about?'”

Loeffler responded to the players’ bold move of supporting her opponent by accusing them of being “more concerned with playing politics than basketball.”

“This is just more proof that the out of control cancel culture wants to shut out anyone who disagrees with them,” she added, per AJC’s Greg Bluestein.

For a long time, the Senator was an active participant in managing her WNBA franchise, according to The Washington Post. But once she adopted radical stances and an allegiance to President Donald Trump that flew in the face of what the league and players on her own team stood for, she became a villain to WNBA players and fans alike, and the first-term Senator leaned in accordingly.

When the league announced its plan for players to wear “Black Lives Matter” and “Say Her Name” warm-ups throughout the 2020 WNBA season, Loeffler alleged that the move endorses a “particular political agenda” and “sends a message of exclusion.” The comments prompted players to call for her banishment from the league. 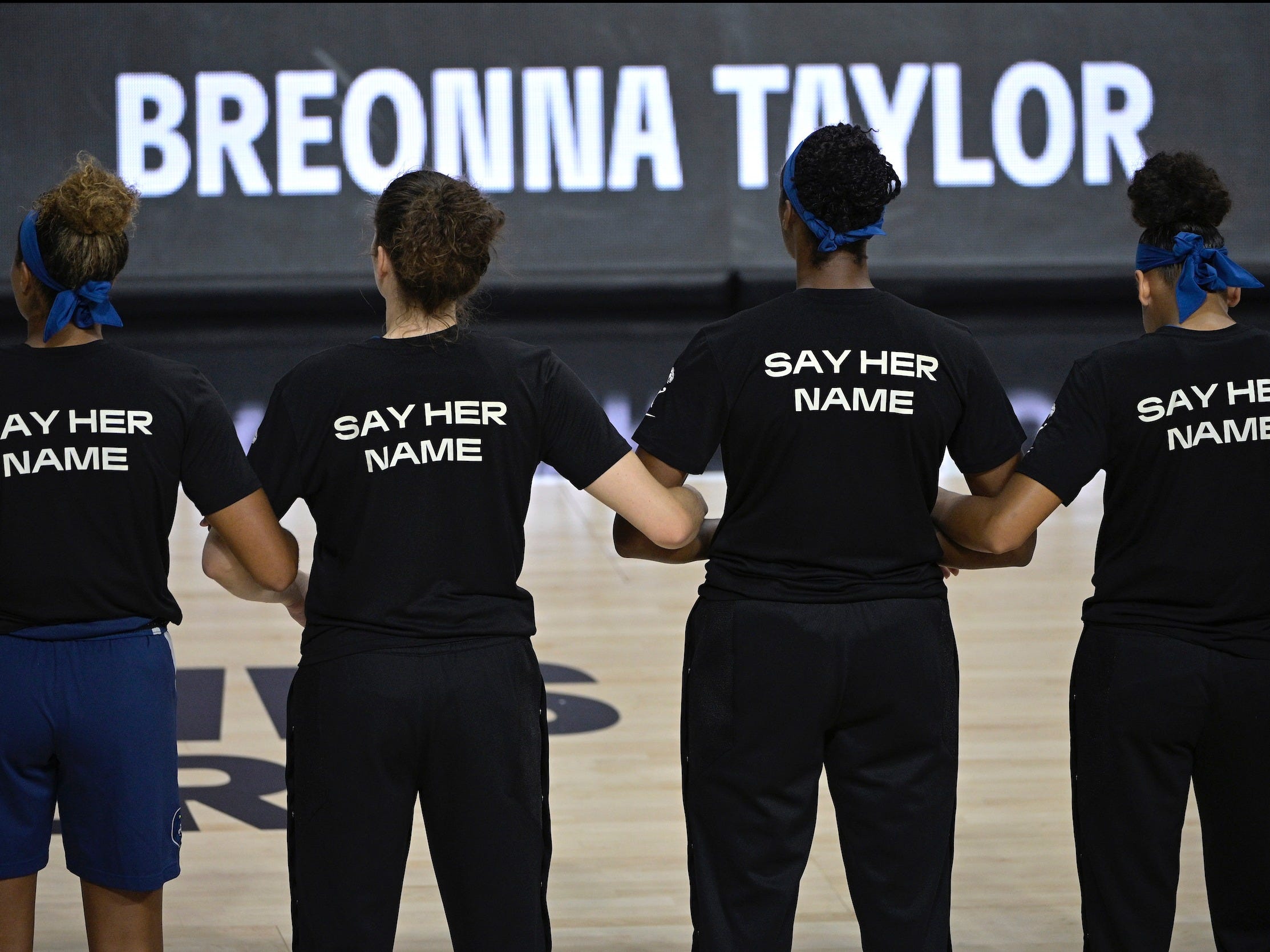 Loeffler â€” already a sitting American politician who continued to hold onto her ownership stake in the professional sports team â€” insisted that it was her mission “to remove politics from sports.” When WNBA teams walked off the court before the national anthem at the start of the season, Loeffler joined and chorus featuring Ted Cruz and other conservatives in blasting the players for their “political stunt that disrespects every man, woman & child who has given their life for this country.”

The league’s stars didn’t throw in the towel on their political endorsement just because the 2020 WNBA season and the November 3 election both came to a close. Players across the league praised Warnock and encouraged continued support for his campaign as he attempts to become the state’s first Democratic Senator since 2004.

This is huge! Let's support @ReverendWarnock through this January runoff! https://t.co/fPl7dNPm5Z

Warnock secured nearly 33% of the vote in the jungle special election, more than a 6% edge over Loeffler’s count. He’ll look to carry that advantage into Tuesday’s Georgia runoff as the two politicians face off head-to-head and the Democratic Party seeks to reclaim control of the Senate.