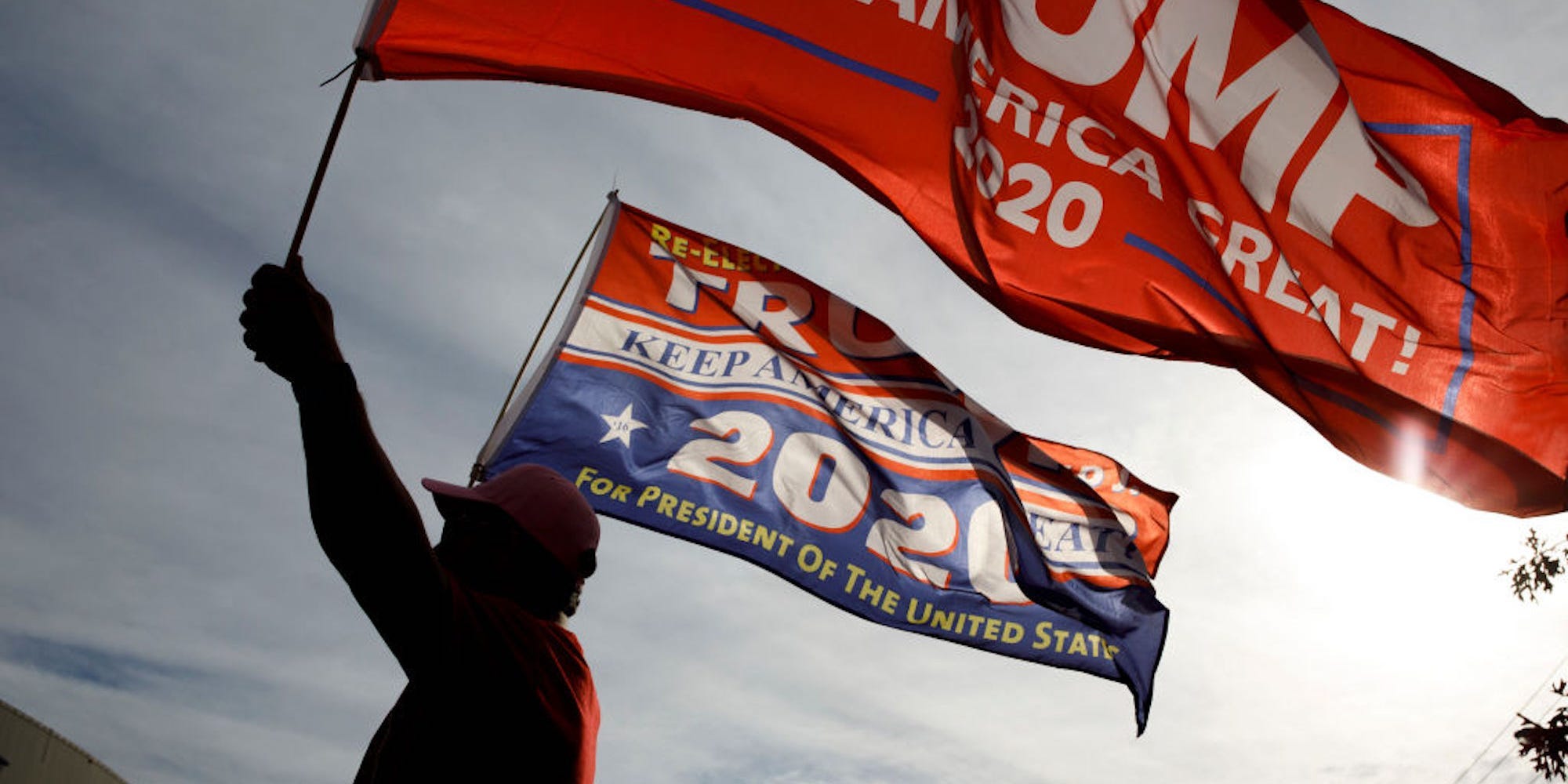 There were scuffles at a venue in Milwaukee, Wisconsin, when public health officials showed up and closed down a pro-Trump rally, according to local reports.

Around 1,000 Trump supporters gathered outside the city’s Serb Hall on Saturday, demanding a recount of the state’s presidential election ballots, reported Fox 6.

The protest comes amid President Donald Trump’s accusations, for which no compelling evidence has emerged that widespread ballot fraud tainted the presidential election.

State election officials in Wisconsin say there is no evidence of ballot fraud.

The event violated state laws, preventing gatherings of more than 100 people, and requiring people at public gatherings to wear masks and remain seated.

A venue representative, Nick Alioto, tried to get protesters to comply with the rules, reported The Milwaukee Journal Sentinel, telling the protesters department of health officials had shown up, and saying “I’m not going to lose our licence.”

According to the report, Alioto was abused by protesters and knocked to the ground when he asked that attendees of the rally remain seated.

Video of the events posted on Twitter by a Fox 6 reporter show Alioto being shouted at and pushed and then trying to get to his feet, visibly shaken.

WATCH: The moment a #defendyourvote rally in Milwaukee abruptly ends after a representative for the venue ends up on the ground: @fox6now pic.twitter.com/KRHE2OBFvk

“It was a fairly respectful event, but the people in attendance were upset with the city health code requirements,” Alioto, who was not seriously injured, told the Sentinel. “There were people whose emotions were very high.”

The city’s health department told the Sentinel that one of the two health inspectors monitoring the event was pushed by protesters, and the officials left shortly afterward.

The Wisconsin Republican Party, which reportedly organised the event, did not immediately reply to a request for comment from Business Insider.

Trump throughout the coronavirus pandemic has downplayed the impact of the disease and continued to stage packed rallies, where few observed health measures to slow the virus, such as mask-wearing and social distancing.

Some of the rallies have been in contravention of state coronavirus laws, but officials have been seemingly reluctant to take action against Trump supporters and close down events.

Supporters of the president have said that people who attended anti-racism protests following the death of George Floyd over the summer were also in violation of coronavirus guidelines.

The event was held on the same day as a much larger protest in Washington DC, where members of far-right groups clashed with anti-Trump protesters, and one person was stabbed.