The governor of Wisconsin wants all his instagram critics to kick back with a cold beer.

After Wired published an article Thursday criticising Republican governor Scott Walker for having a boring Instagram feed, Walker decided to hit back at the “liberal media” — by posting a photo of a beer.

The response, which Walker followed by a barrage of tweets and Instagram posts of other Wisconsin food items and scenes, earned the Republican governor some support — along with a fair dose of ridicule — on social media.

Lashing out at the 'liberal media,' Walker urged his critics to relax by sipping on a cold beer. The article that appears to have prompted Walker's response criticised the governor for posting the 'least appealing' aspect of any activity he is doing.

Got a quick work out in this morning at Planet Fitness. pic.twitter.com/Apno5AOO0i
-- Scott Walker (@ScottWalker) November 6, 2016

It's not the first time Walker's postings have drawn ridicule. He drew criticism in November for his repetitive posts of ham and cheese sandwich lunches and The Daily Caller called out Walker's 'gross' food Instagram posts in 2015. 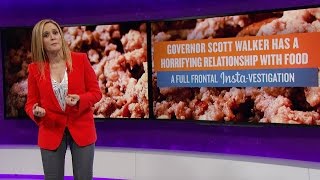 Walker has posted photos of himself at official events and drawings with patriotic imagery often in the past. In response to the criticism, Walker urged his critics to #chill and posted another photo of Wisconsin cheese curds.

Walker was unfazed by the jokes at his social media skills that followed.

Imagine if you will, a middle aged man squatting to photograph his Miller Lite. 'This will be a good burn,' he thinks wrongly
-- Chase Mitchell (@ChaseMit) July 6, 2017

In fact, Walker had once advised Donald Trump to 'tweet more.'

Even after the pushback, Walker went on to cross-post many of the same images on his Twitter.