Retired US Navy Adm. William McRaven, the former head of US Special Operations Command and the commander who oversaw the military raid that killed al-Qaida leader Osama bin Laden, told college graduates that they, not super heroes, must be the ones to “save the world” in an online commencement speech on Friday afternoon.

In a speech to the graduates of the Massachusetts Institute of Technology, McRaven said he initially prepared a speech that included “cute little anecdotes” suggesting the “brilliant men and women of MIT are like the Navy SEALs of academia.”

“But somehow that speech just didn’t seem right in light of all that has happened in the past five months,” McRaven said. “The fact that I am standing here alone, and you are isolated somewhere at home, is proof enough that the world has changed.”

“After all these years, I came to realise that the heroes that we need are not the heroes that I’ve been searching for,” McRaven said. “But as I grew up and travelled the world, and as I saw more of my fair share of war and destruction, I came to the hard truth that Captain America isn’t coming to the rescue. There is no Superman, no Batman, no Wonder Woman, no Black Widow … no Gandalf, no Harry Potter.”

Despite the challenges facing the US and the world, McRaven said the graduates still had hope.

McRaven added: “There will always be those who don’t want to hear your convictions, particularly if they are true. Speaking the truth can be dangerous. But those that came before you … those brilliant minds, those tellers of truth who made the world a more knowledgeable place, a more compassionate place, a more livable place – they had courage.” 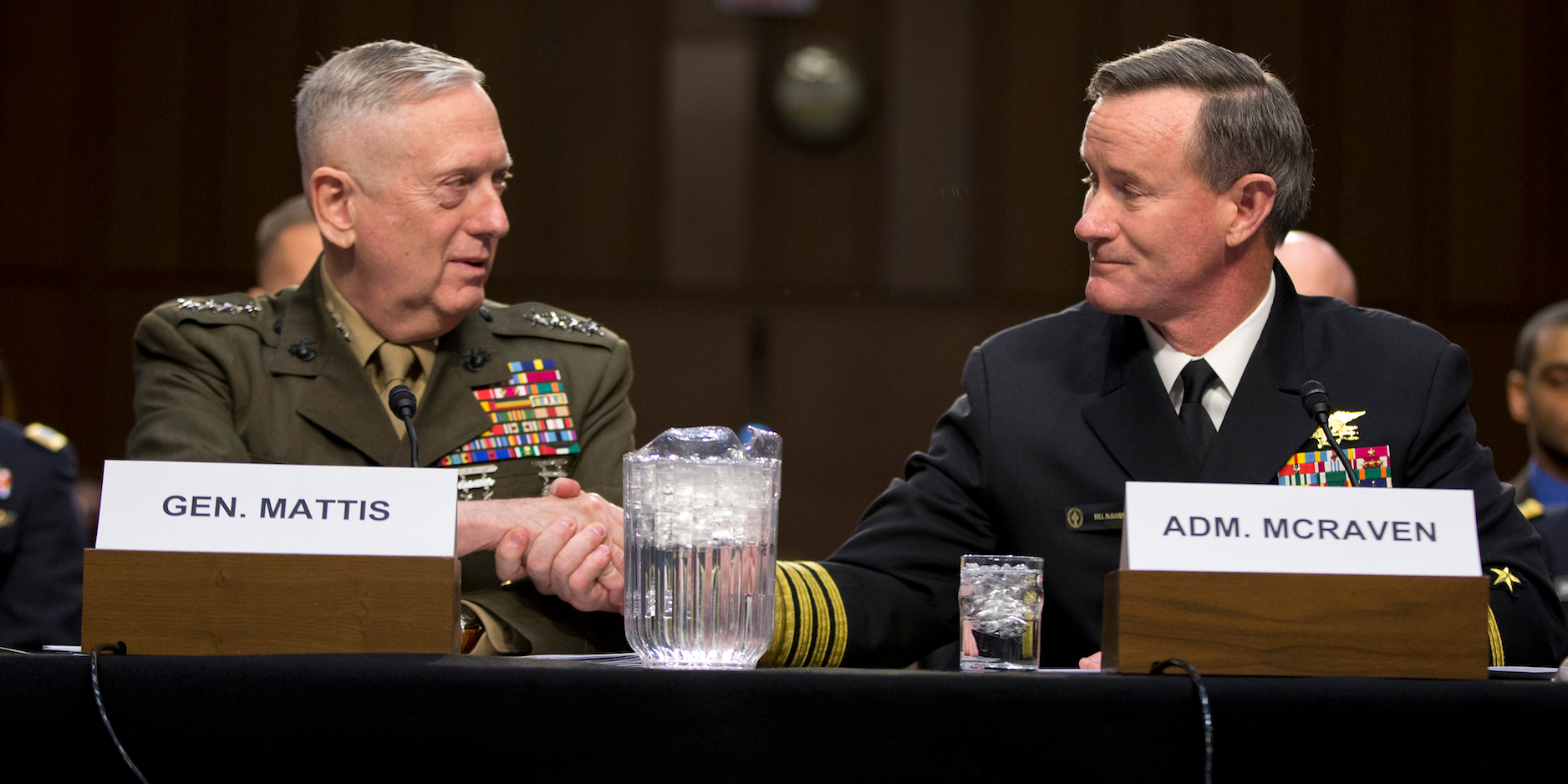 McRaven also highlighted integrity and “always trying to do what is moral, legal, and ethical.”

“And when you fail to uphold your integrity, it should make you sick to your stomach. It should give you sleepless nights. You should be so tortured that you promise yourself never to do it again.”

McRaven concluded his roughly 10-minute speech with a request for the graduates.

McRaven added: “Batman and Superman are not coming to save the world. It will be up to you.”

McRaven has become a highly sought-after commencement speaker. In the past few years, he’s become a strident critic of President Donald Trump. In 2014, he spoke to the graduates of the University of Texas at Austin, his alma mater, where he advised them to perform the simple task: “Make your bed every morning.”

“You will have accomplished the first task of the day,” McRaven said. “It will give you a small sense of pride, and it will encourage you to do another task and another and another. By the end of the day, that one task completed will have turned into many tasks completed.”

He added: “And if by chance you have a miserable day, you will come home to a bed that is made, that you made, and a made bed gives you encouragement that tomorrow will be better. If you want to change the world, start off by making your bed.”

McRaven retired from the Navy in 2014 after 36 years of service as a Navy SEAL. He was hired as the chancellor of the University of Texas’ school system in 2015. In 2017, McRaven announced he would leave the school, citing health concerns.