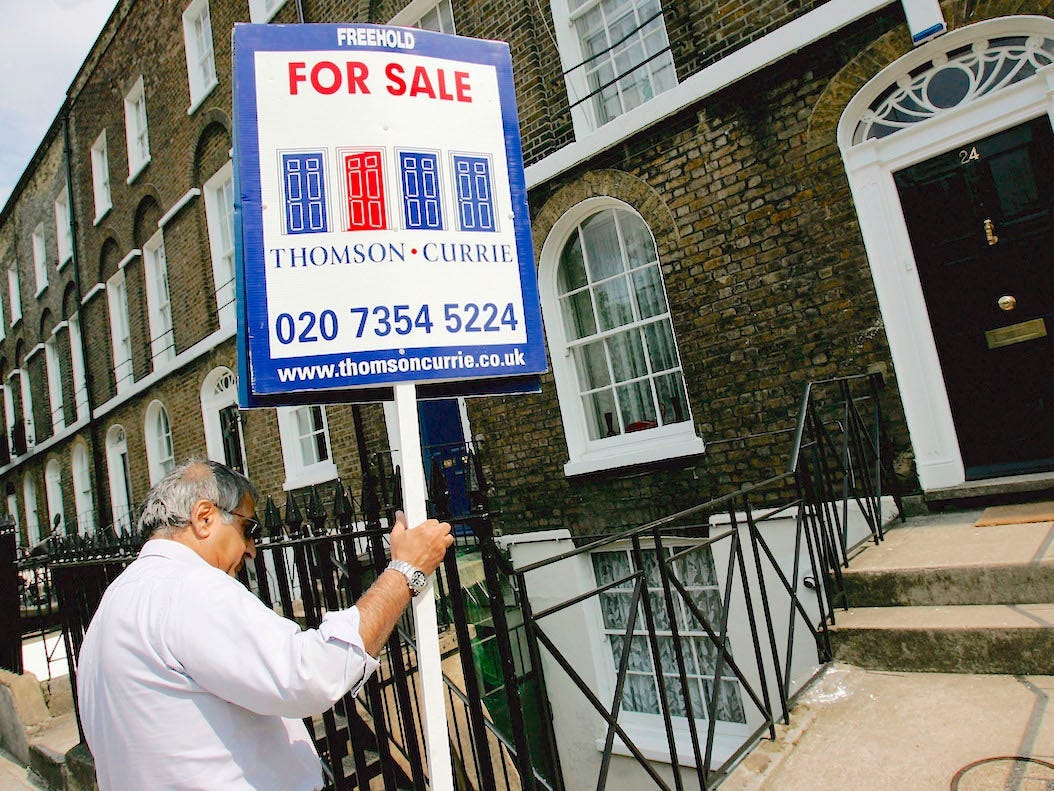 Experts see little risk of the housing market’s boom turning into a bubble. But that doesn’t mean there’s no reason to worry.

Housing has served as one of the rare economic hot spots during the coronavirus pandemic. Tumbling mortgage rates boosted demand, which quickly spurred rampant homebuying. The spree quickly snapped up most of the country’s available supply, and the record-breaking inventory drought led owners to demand higher and higher prices.

The intensity of the market boom – and data tracking it – has prompted countless comparisons to the mid-2000s’ housing bonanza. In many ways, this market resembles the state of play in 2005 and 2006, which was the peak of a previous bubble that burst, to disastrous effect. But a few key differences separate today’s market from the one of about 15 years ago.

For one, the current market is supported by a far more robust lending system compared to the loose underwriting process that became the 2008 market’s downfall, Frank Nothaft, chief economist at CoreLogic, told Insider. Home-price inflation over the past year is “rooted in economics,” with demand increasingly outpacing supply, he added.

Federal Reserve Chair Jerome Powell revealed on Wednesday that the central bank is “carefully” monitoring the housing market and similarly downplayed fears of another meltdown.

“I don’t see the kind of financial-stability concerns that really do reside around the housing sector,” Powell said in a news conference. “We don’t see bad loans and unsustainable prices and that kind of thing.”

Another key difference is that since 2008, the housing market hasn’t had enough inventory, even before 2020’s record drop. “We’ve been underbuilding for years,” Gay Cororaton, director of housing and commercial research for the National Association of Realtors, told Insider’s Hillary Hoffower.

Yet recent price growth hasn’t been welcomed by millennials. The generation is nearing peak homebuying age, making it the leading force for the market’s future. Yet decades of meager wage growth and the widespread housing shortage are worsening an affordability crisis that predates the pandemic and slamming the brakes on their ambitions to own homes.

Adding to the problem are high lumber prices, which have been on the rise since 2020. On April 26, lumber prices jumped to over $1,400 per thousand board feet, an all-time high and a 325% increase compared to the same time last year. New homes are an average of over $35,000 more expensive than they were last year because of these increases.

“When we’re talking about the price and availability of lumber, we’re talking about housing-affordability conditions,” Robert Dietz, chief economist at the National Association of Home Builders, told Insider. “Those higher costs ultimately will dictate the amount of supply that’s available.”

Regardless of lumber’s elevated price, contractors heard the calls for greater inventory and are rushing to close the supply-demand gap. Housing starts leaped nearly 20% in March to their fastest rate since 2006, signaling the shortage will be alleviated later this year.

Still, millennials are unlikely to see a reprieve any time soon. Mortgage rates are expected to tick up only slightly from their historically low levels in the near future. That, coupled with a modest rebound in supply, is expected to keep the market boom alive and prices up, albeit at a slower and more sustainable pace, according to Jefferies analysts.

“I think we will return more to the trend that we were seeing pre-pandemic,” Nothaft said, referencing the single-digit year-over-year price growth seen throughout the 2010s.

“I don’t see values going down at any point,” Daryl Fairweather, the chief economist at Redfin, told Insider.

Powell remains optimistic that accelerated construction will eventually normalize the red-hot market. The country boasts a “very different housing market than it was before the global financial crisis,” and a more sustainable rally could even help the broader economic recovery in the years ahead, he said.

“My hope would be that over time, housing builders can react to this demand and come up with more supply, and workers will come back to work in that industry,” Powell added.

Hillary Hoffower contributed reporting. This report has been updated with more recent data on lumber’s contribution to the average cost of a newbuild: it is over $35,000, rather than $24,000.