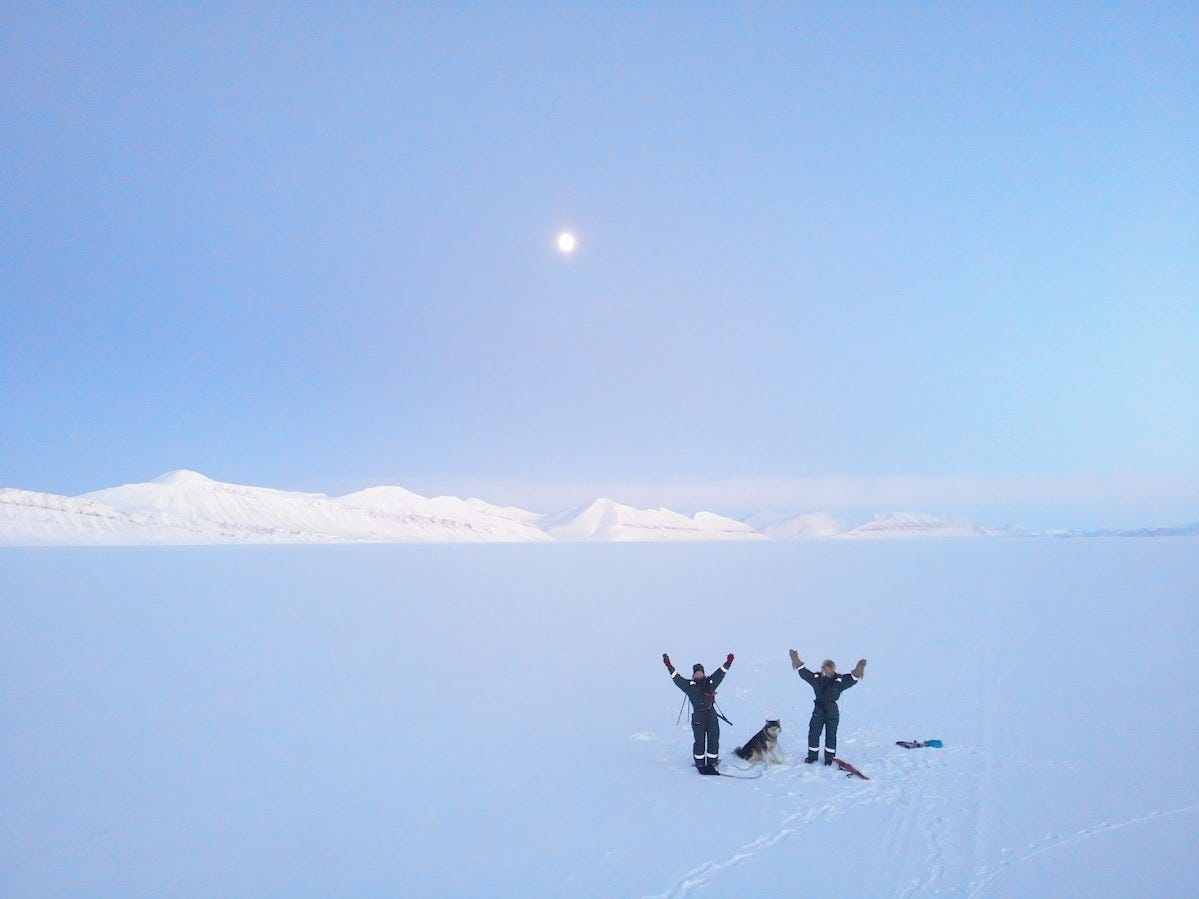 Hearts in the IceSunniva Sorby and Hilde Fålun Strøm are stuck in a tiny cabin in the Arctic until September.

All around the world, the coronavirus pandemic has disrupted every facet of daily life, including travel and vacations. As travel restrictions suddenly descended, tourists and others across the world were essentially placed in a holding pattern. But they’re not the only ones affected. Some people have been forced to remain at their places of work, like the crew of a ship in the Arctic, or zookeepers who are keeping their animals safe and fed.

Keep scrolling to see 13 of the wildest places people have been stuck during the COVID-19 pandemic, from a bamboo Airbnb in Bali to a deserted island off the coast of Yemen.

Laura Jamieson and Michael Smith have been living in an 800-year-old Irish castle while it’s shut down. 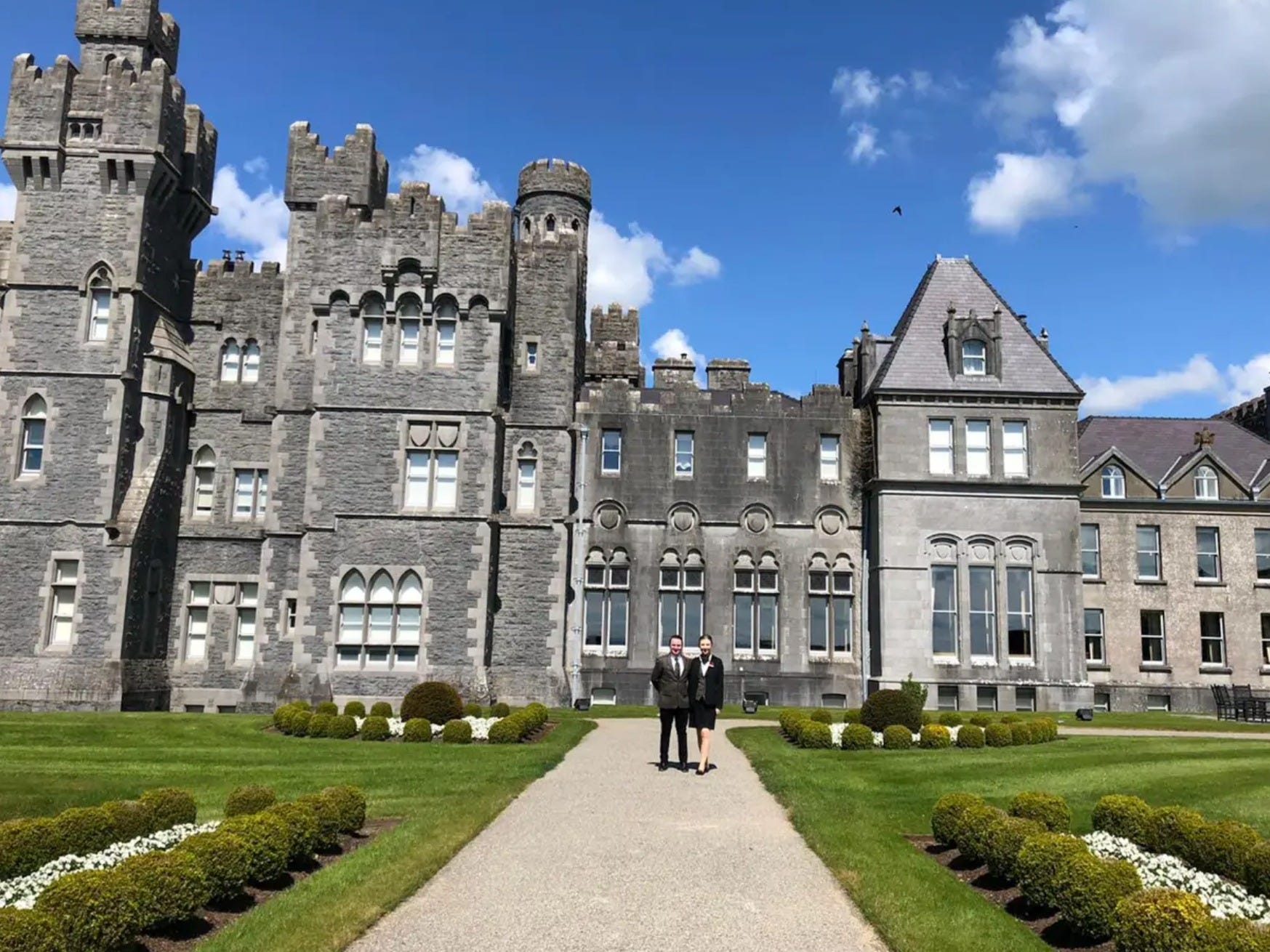 They both work at the hotel when it’s open for business – Jamieson is the senior guest executive, and Smith is the estate manager. They were asked by the hotel’s manager to stay on the property while it’s shut down and make sure it remains in good condition.

One of their more unconventional duties? Flushing every toilet in the hotel every day – all 160 or so of them.

“We sort of made it into a workout routine now,” Smith joked. “We don’t see it becoming a craze anytime soon. It’s not going to be like the new Zumba or the new pilates or anything like that.”

They have been in the castle since mid-March and are anticipating being there until the hotel re-opens, which is set to be July 20.

Sunniva Sorby and Hilde Fålun Strøm are stuck in a tiny cabin in the Arctic until September, at the earliest. 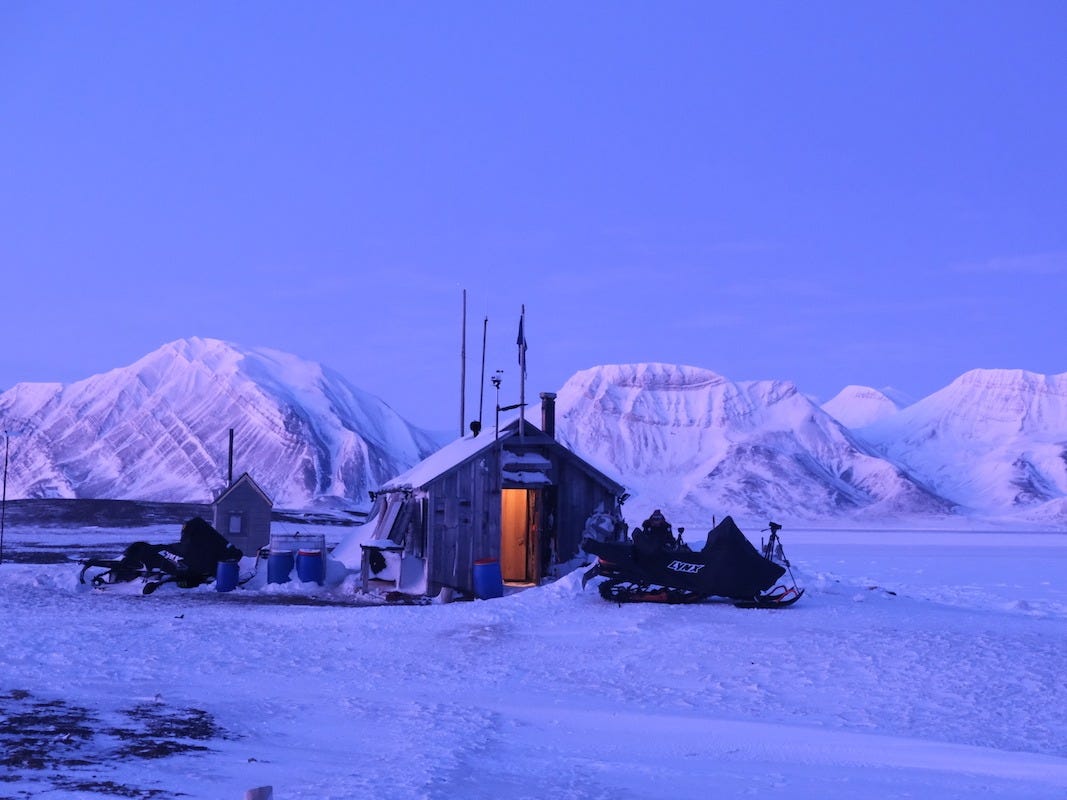 Hearts in the IceThe cabin in question.

The two researchers had planned to be in Bamsebu, a cabin between the North Pole and mainland Norway, for nine months. The travel delays caused by coronavirus means they most likely won’t be able to leave until September – a five-month extension.

Sorby and Strøm are there to collect data about climate change and the wildlife in the area.

“We couldn’t be here at a more important time,” Sorby told Insider.

While they are happy to be doing important work, part of living in the Arctic includes “negative-degree weather, 24 hours of darkness, and a constant threat of polar bears.”

Brent Underwood is riding out the pandemic in a California ghost town that he owns. 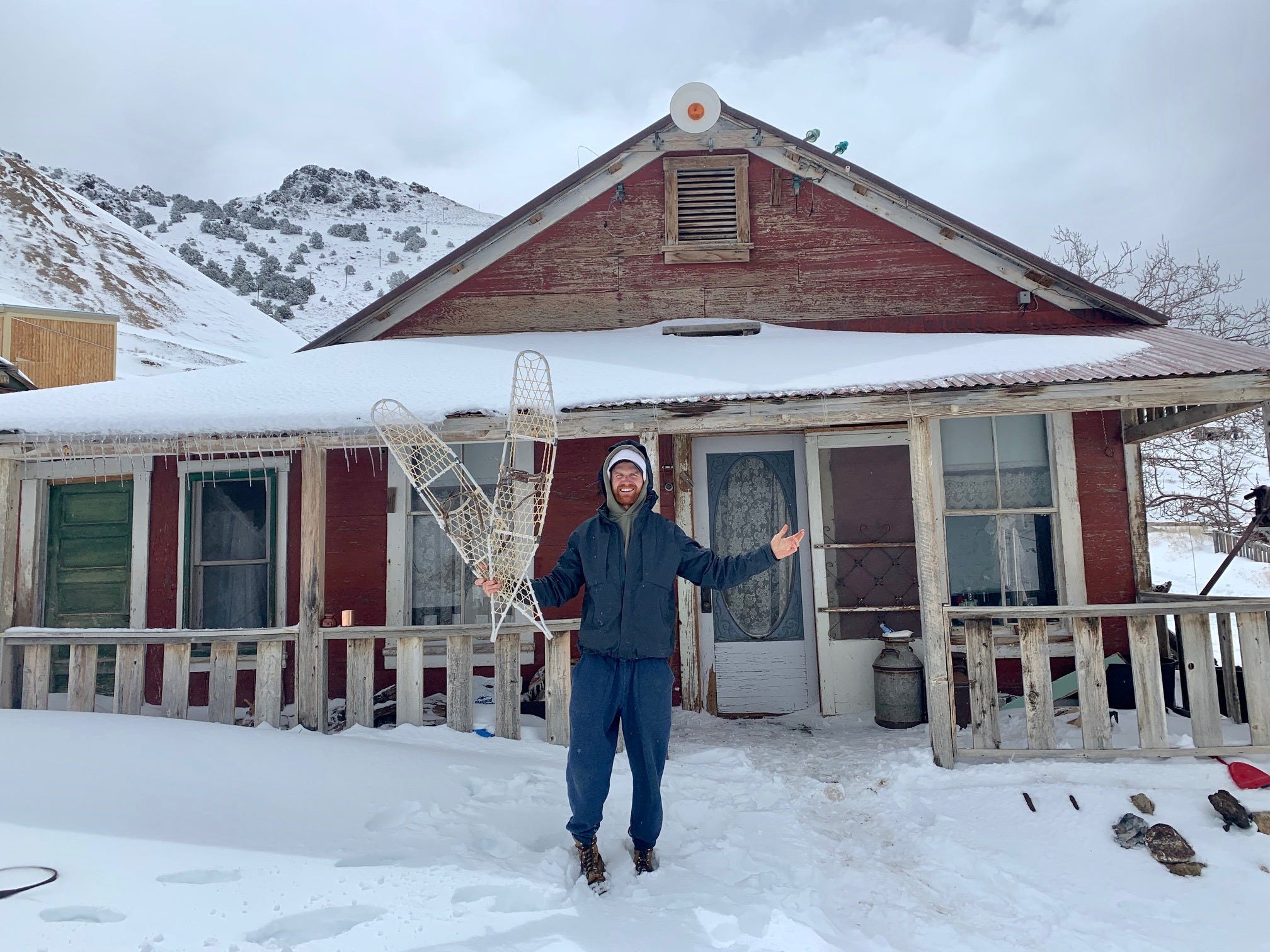 Underwood drove out to Cerro Gordo, California, in March to relieve the town’s caretaker. He became stuck out there when a snowstorm prevented the caretaker from returning, and prevented Underwood from leaving.

Cerro Gordo used to be a mining town, but it has been abandoned for over 100 years. Underwood purchased the town with a business partner in 2018, and they have been planning to turn it into a tourist destination.

“I figured I would roll a nice road trip into a little break, and that little break has become a longer break. I’m OK with that,” he told Insider.

He’s spent his time exploring the town, renovating some of its buildings, and even getting into astrophotography.

Andrea Goh, and 400 other Singaporeans, were forced to isolate for two weeks inside a five-star resort. 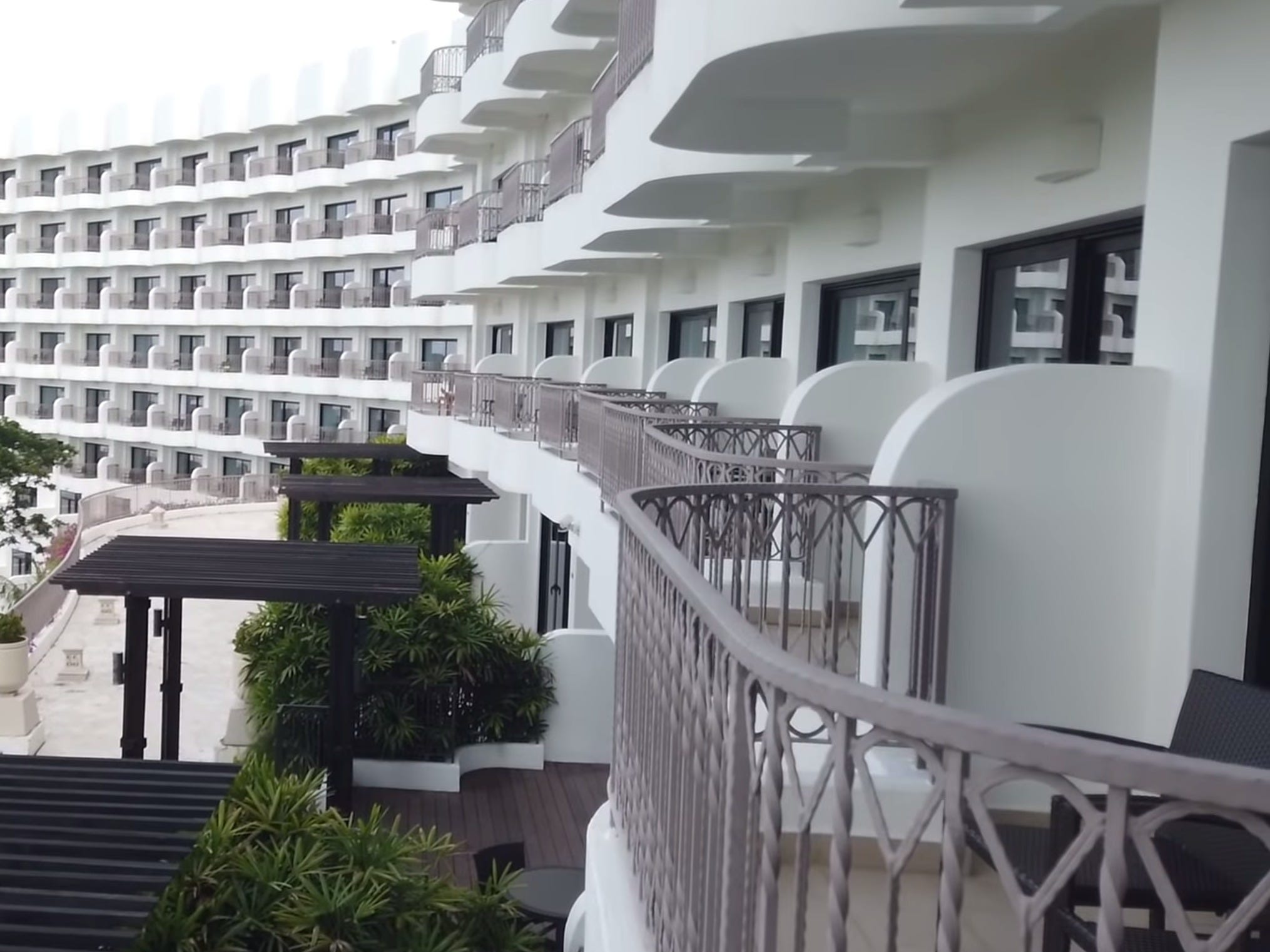 Goh documented her 14-day stay inside the Shangri-La hotel in Singapore. The government mandated that anyone returning to the country would be required to self-isolate two weeks – so 400 or so returnees were placed inside the luxury resort.

As Insider reported, Goh said “the guests and the hotel staff all became a community thanks to a Facebook group they were all invited to. Everyone could chat with each other and set up Zoom calls, take part in ‘happy hours,’ and give the hotel some feedback.”

Kinsey Wolanski, an influencer, spent almost an entire month on the so-called “Fyre Festival Island” in the Bahamas before hitching a ride on a private plane. 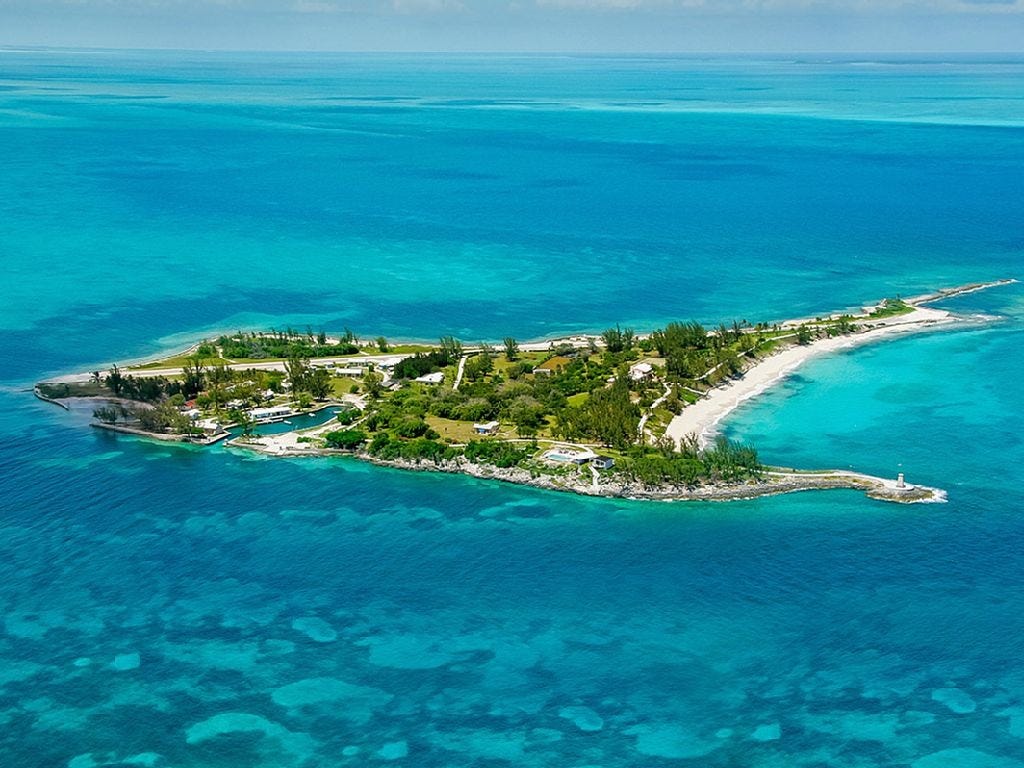 Wolanski flew to the Bahamas in March before travel restrictions were in place, and originally planned on staying for eight days, splitting her time between Nassau and Exuma, which is where the infamous Fyre Festival was supposed to have taken place.

However, when Los Angeles residents were advised to return home, Wolanski was unable to return to Nassau, which is where the airport is. Instead, she was stuck on Exuma. After almost a month, she received an offer via Instagram asking if she wanted to trade $US1,000 in gas money for a ride on a private plane. She accepted, though the rest of her friends stayed behind.

“We became friends with the staff there and the other people who were on the island, because there were only about 30 of us total,” she told Insider over the phone, back in LA. “We tried to help out, we helped unload provisions.”

YouTuber Eva zu Beck was stuck on an essentially deserted island off the coast of Yemen for more than two months. 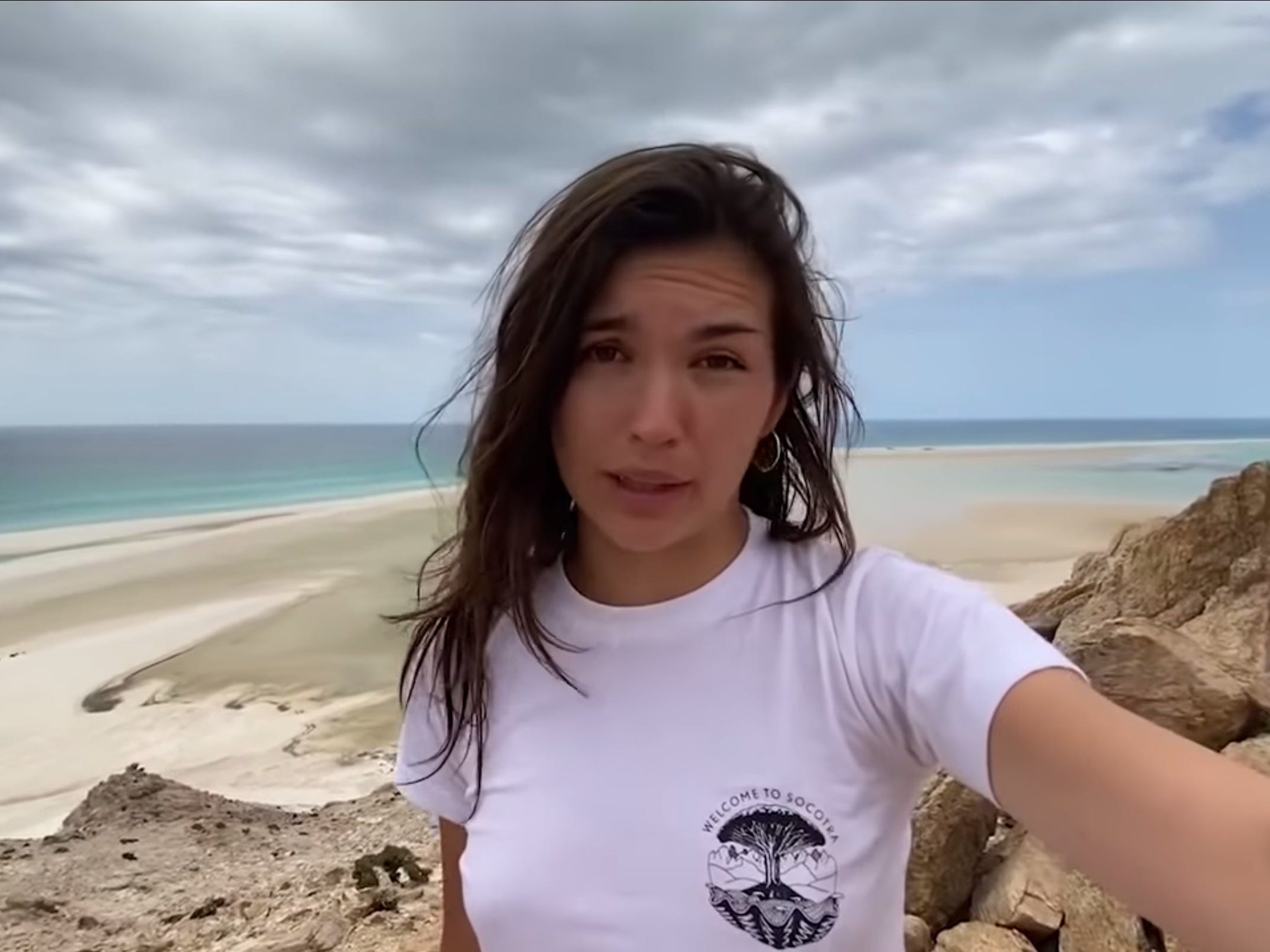 Zu Beck arrived on on the Yemeni island of Socotra on March 11, and according to CNN, spent her days “wild camping on deserted white-sand beaches, fishing for grouper in the open ocean and climbing 10 story-high sand dunes.” She, and other 40 tourists, arrived on the island to run Socotra’s first-ever marathon.

After the race was completed, the runners were told to leave the island immediately, but Zu Beck chose to stay. “Life on Socotra is slow,” she told CNN. “I spend most days outside reading a book, writing in my journal or hiking in the mountains.”

She finally got a ride from the island on a cargo ship at the end of May, according to an Instagram post.

British couple Corinne and Dave Pruden and their two sons travelled to Bali, Indonesia, before travel restrictions came into place. They have been staying in an Airbnb since. 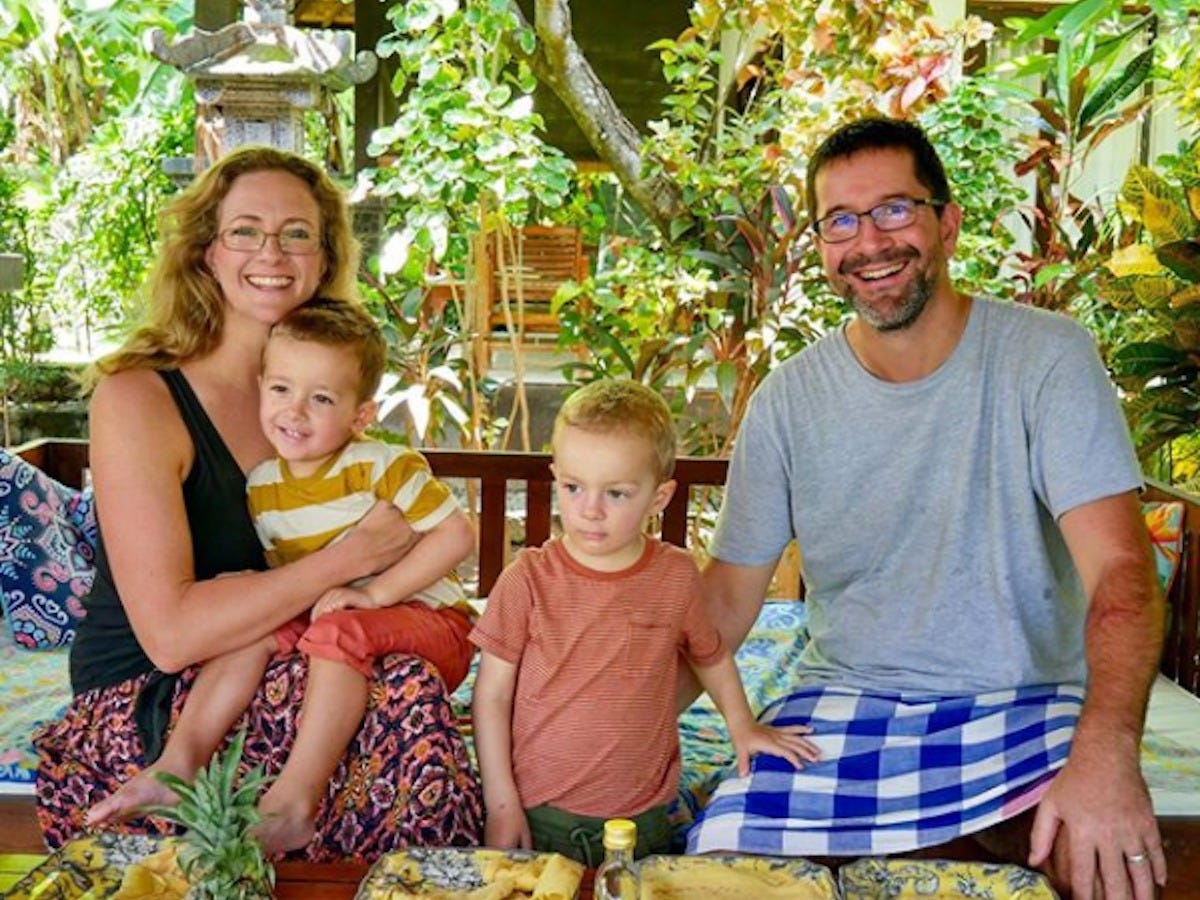 The Prudens bought a one-way ticket to Bali and travelled there on March 16. Before the pandemic struck, they were planning on backpacking around Central America for six to nine months, so their apartment was already set to be rented out and they had to make plans to vacate their home.

Since then, they have been staying in a bamboo Airbnb in Ubud, a town in Bali. “We live in a house which is architecturally amazing (made of bamboo with key walls and foundations in polished concrete). There are no barriers between the inside and the outside world,” Corinne told Insider.

“We live in the middle of the rice fields and are totally disconnected from the world we came from. We thought that might freak us and the boys out, but instead, it feels totally natural and normal,” she continued.

The crew of the Polarstern is literally stuck in the Arctic ice, but that didn’t prevent the coronavirus from reaching them. 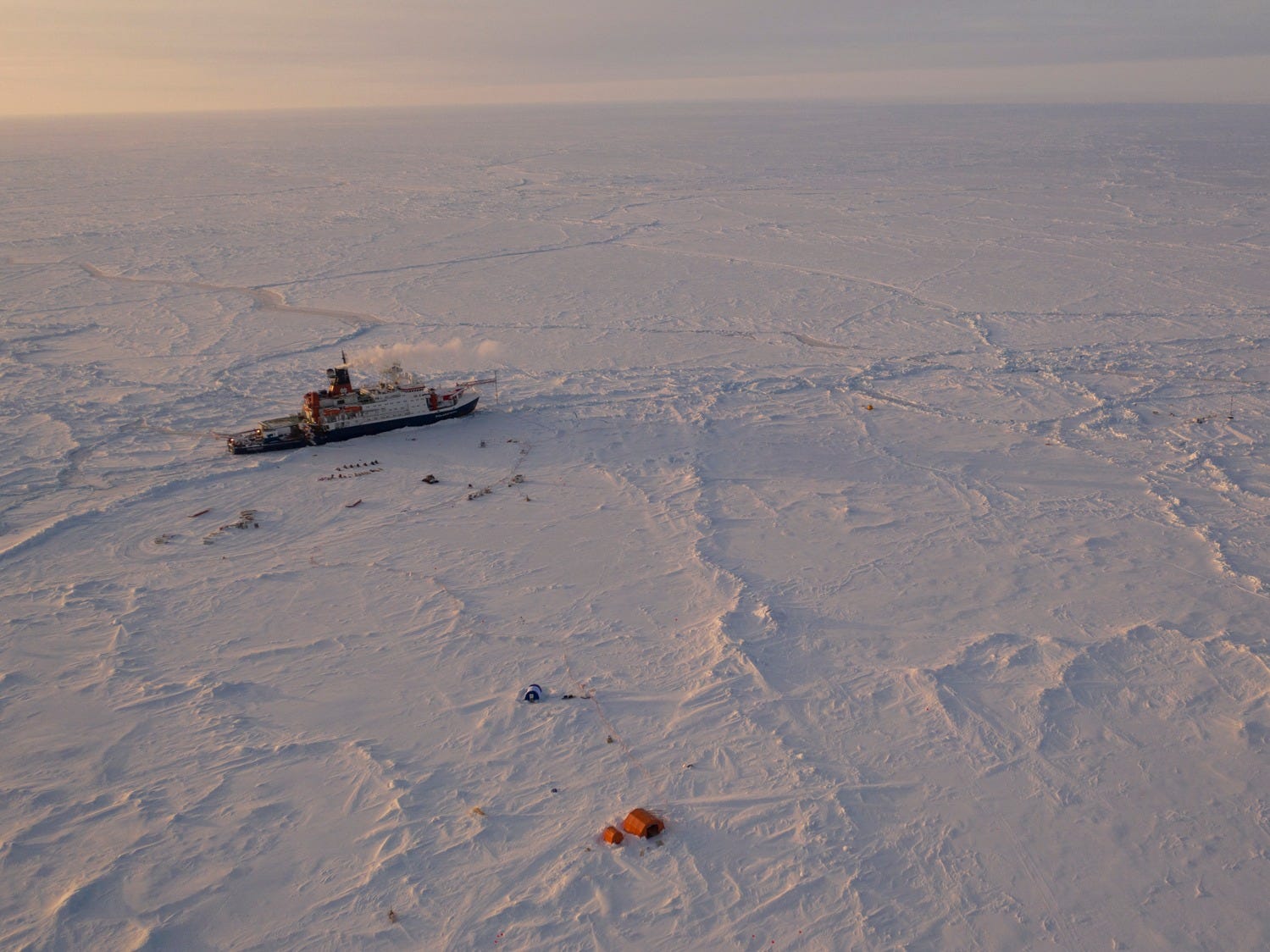 The Polarstern has been locked in ice since October as part of a program called MOSAiC, and is focused on “sampling the ice, atmosphere and ocean in an attempt to understand the intricacies of the rapidly changing Arctic climate,” according to Nature. In March, a crew-member tested positive for the coronavirus, leading to strict quarantine measures.

Four zookeepers at the Paradise Park in Cornwall, England, moved into the wildlife sanctuary in order to stay isolated and keep their animals fed. 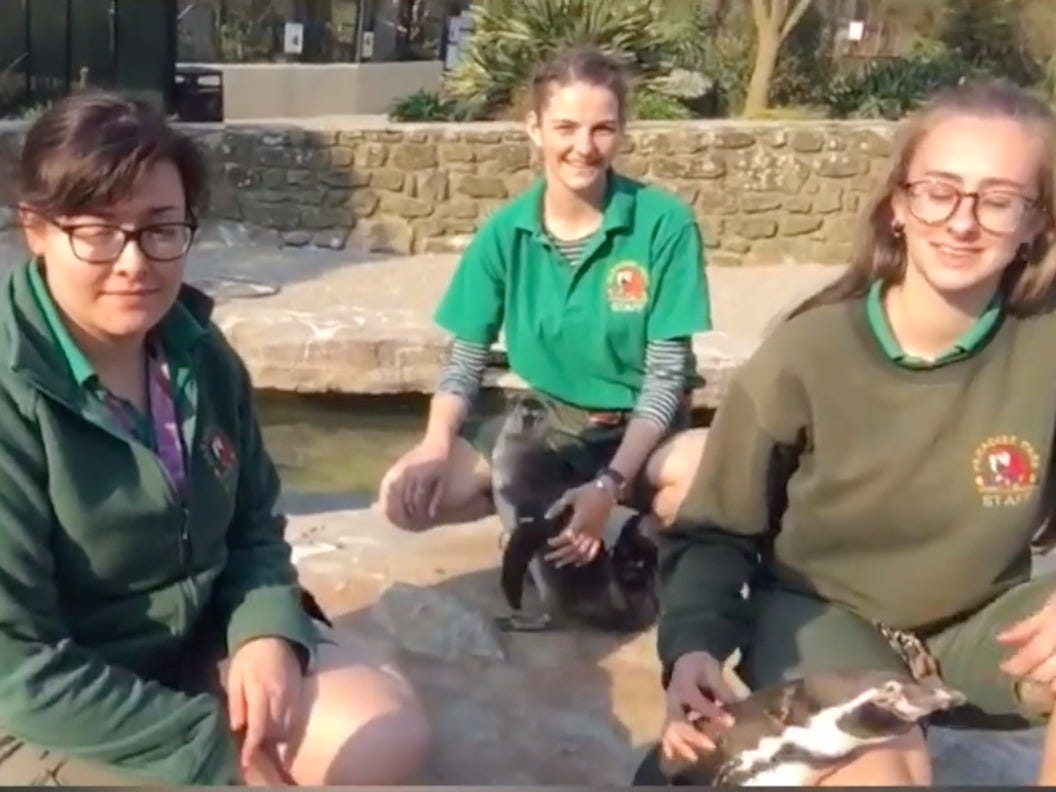 BBCSome of the zookeepers that moved in.

At the end of March, four zookeepers moved into the zoo to isolate from the rest of the country, and provide for the animals that were still there. At the time, they were set to remain for 12 weeks, or three months.

“So the reason we’ve all moved into the park is just in case, worst comes to the worst, and we’re the only four keepers in, hopefully we can keep all the animals fed and watered,” one of the zookeepers told the BBC. “We’re all really enjoying it, but obviously we’re missing our families quite a lot, but it’s really nice having our work family all here together.”

Olivia and Raul De Freitas were all set to spend their six-day honeymoon in the Maldives. They were there for three weeks. 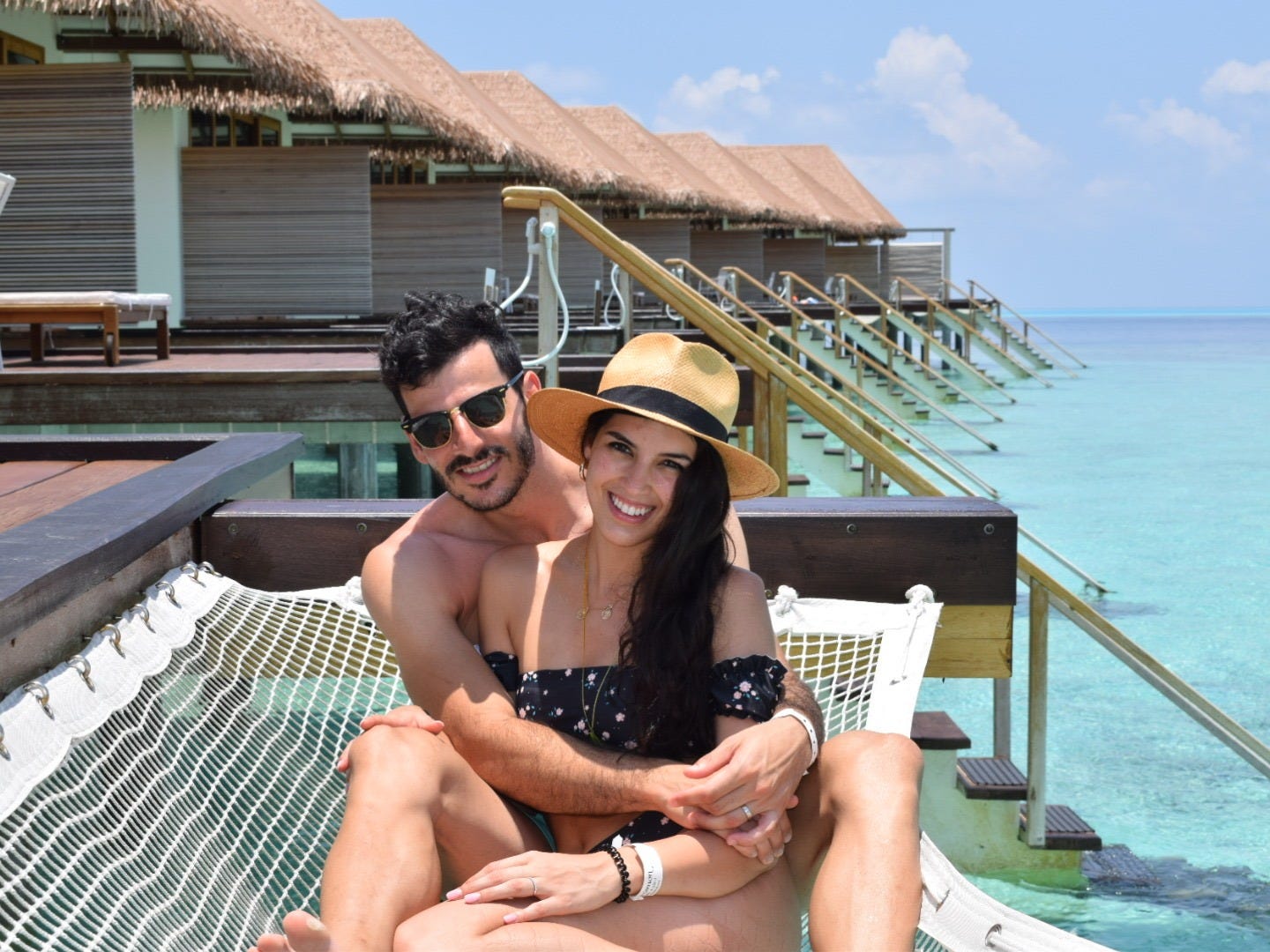 The couple was supposed to be at the five-star Cinnamon Velifushi Maldives for six days, but when the COVID-19 pandemic hit their home country of South Africa, they were left stranded at the resort for weeks. They ended up being the only guests.

“Being the only guests at the resort was lonely and fun at the same time,” Raul and Olivia told Insider.

“We came back with a private charter that was self-funded by the 40-plus South African and Mauritian tourists that were stranded in the Maldives,” they said. That private charter cost $US104,000, which was divided among the passengers.

Richard McGuire reportedly planned to camp out for a week on Disney World’s abandoned Discovery Island during the coronavirus shutdown. 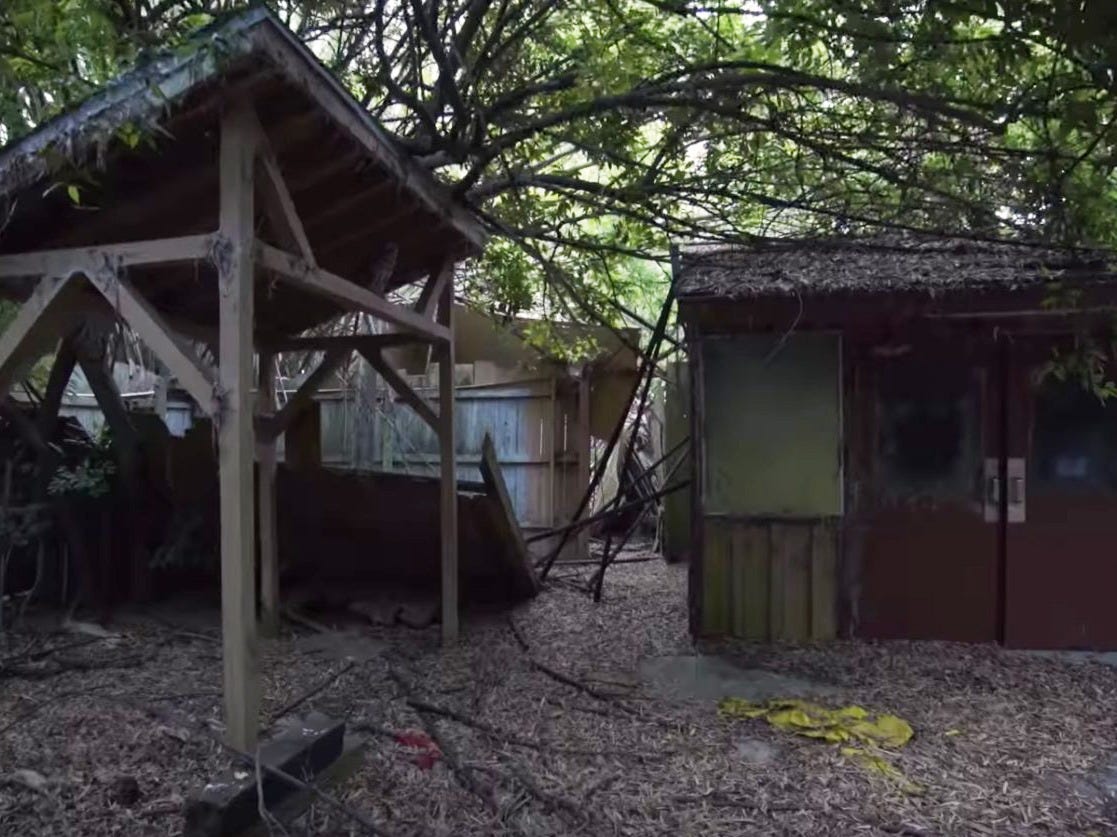 McGuire was found by police on Discovery Island, an abandoned island in Disney World. It’s been closed since 1999. As Insider reported, McGuire reportedly told authorities that he didn’t know he was trespassing. They found him sleeping inside one of the abandoned structures. It’s unclear how he was able to get on Disney property.

Thousands of people around the world were stuck on cruise ships that were refused entry at various ports. 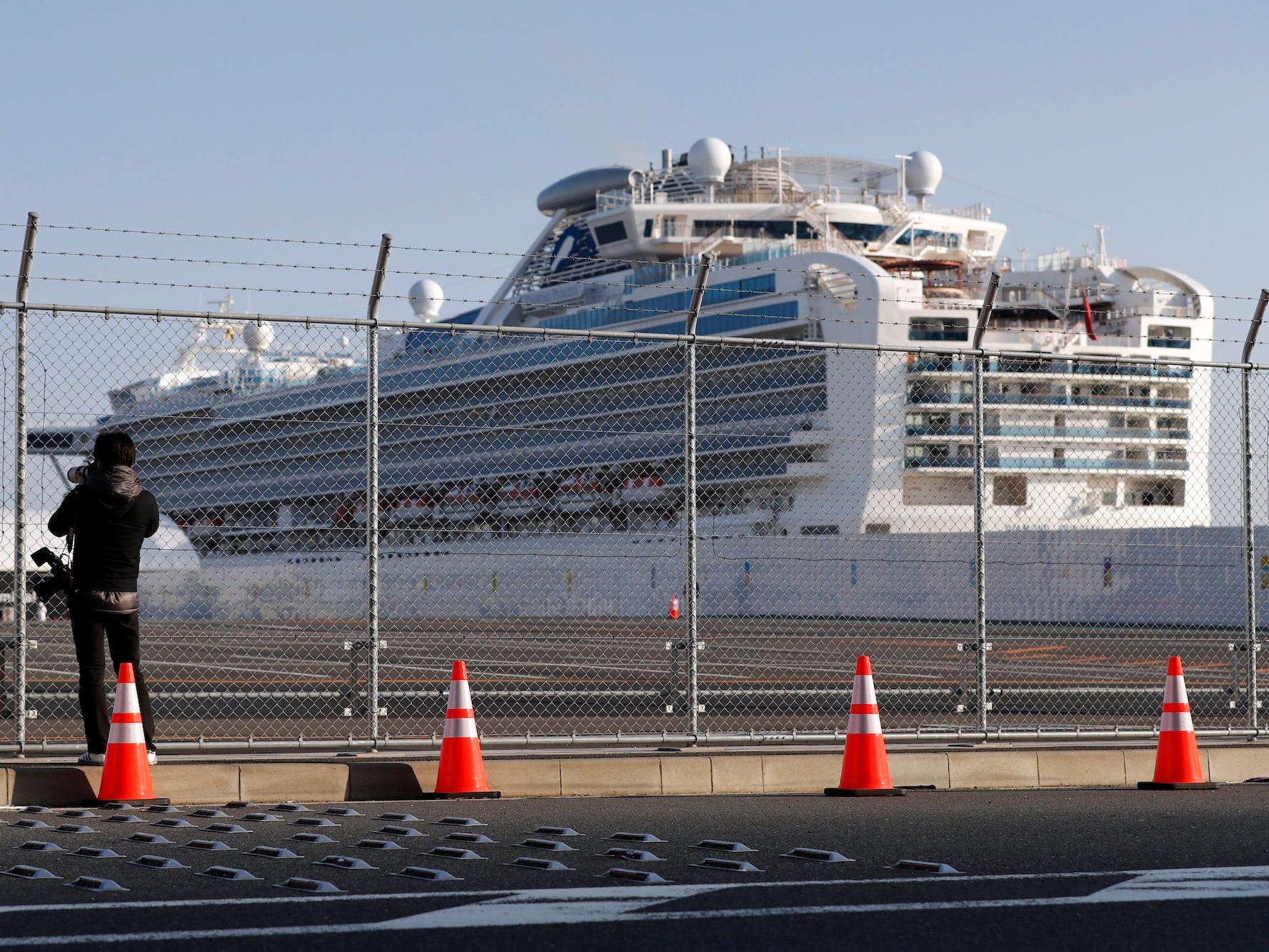 The Miami Herald reported that there are at least 100,000 crew members that are still stranded aboard cruise ships as of May 22. While many passengers were able to disembark in April, most crew members were required to stay on the ships.

The best-known cruise ship that was stranded was the Diamond Princess. Passengers had to stay aboard for a month. Six people died, and there were 700 cases of the coronavirus.

British tourists were ordered to isolate in an abandoned Vietnamese hospital. 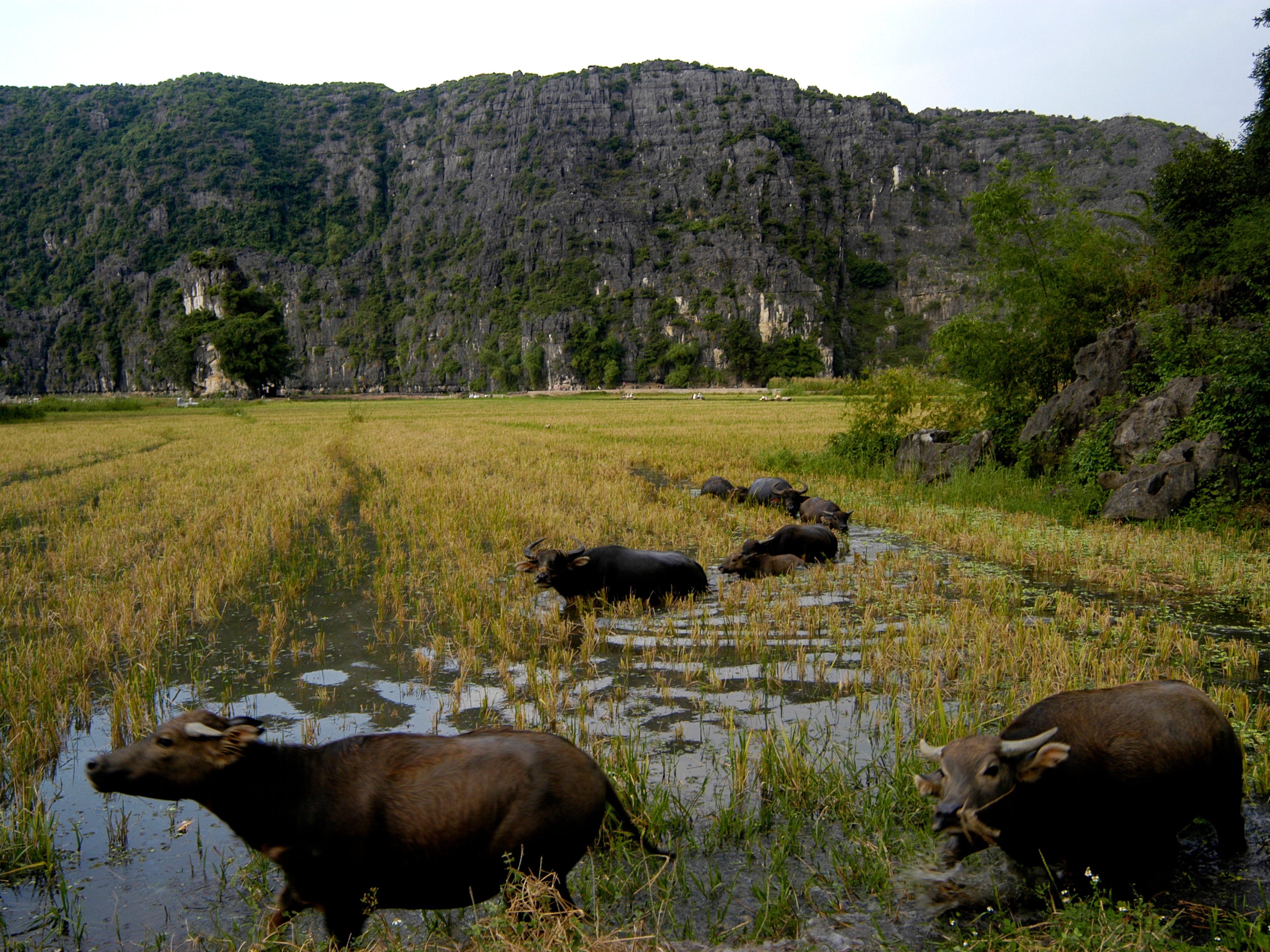 The three friends, Lucy Parker, Alice Parker, and Hanna Ahlberg, were tracked down after a passenger on their flight to Hanoi tested positive for the coronavirus, according to the BBC.

The BBC also reported that they were “taken to an abandoned hospital in Ninh Bình, north Vietnam, and ordered to stay isolated for a further 12 days.” Alice said the hospital used to be a mental asylum, and that got “pretty scary at night.”