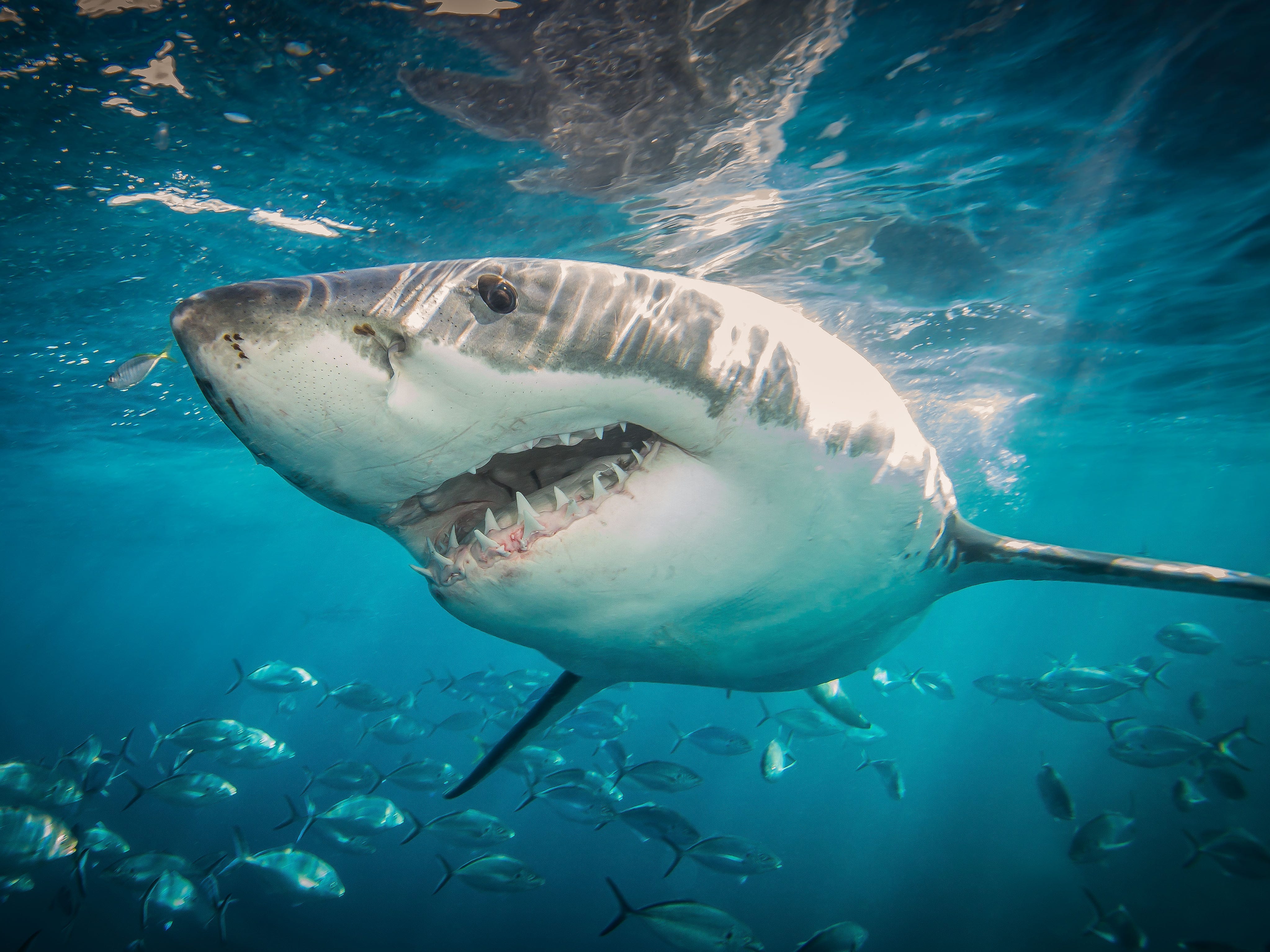 Brad Leue/Barcroft Media via Getty ImagesA great white shark heads towards the camera at The Neptune Islands, Australia in June, 2014.

The wife of a diver mauled to death by a great white shark in Western Australia earlier this year was forced to watch in horror as the water around her became ‘full of blood,’ an inquest heard.

Gary Johnson, 57, had gone diving with his wife, Karen Milligan, on January 5, 2020, at his favourite spot, Devils Rocks, around three miles south of West Beach, Esperance, according to WA Today.

They entered the water around midday to tie a rope to a rock on the seabed to act as a second anchor for their boat, WA Today added. Johnson’s equipment included a shark shield that sends out an electrical field to repel sharks, though it was temporarily switched off, news.com.au reported.

Upon reaching 15m below the ocean floor, Johnson disappeared over a mound before reappearing again, the Daily Mail reported.

Milligan, according to The Sun, swam towards him and saw the water was “full of blood and sand.” She saw “a large shark tail flapping up and down” and “swam forward in an attempt to strike the tail with the camera she was holding,” the Daily Mail added.

Milligan then surfaced where her husband was floating and whose “eyes were open but he was unresponsive,” Counsel assisting, Senior Constable Craig Robertson, told Western Australia Coroner’s Court on Tuesday, The Sun reported.

He had suffered a traumatic injury to his right arm and was no longer wearing his mask or air tank, according to Newsweek.

She tried to pull him aboard their boat but eventually had to let go and let him sink into the ocean, Newsweek added.

Johnson’s body was never recovered. Remnants of his wetsuit, flippers, and diving gear were later found, and DNA testing of the fragments identifed a great white shark attack, the Brisbane Times reported.

Coroner Sarah Linton said she was satisfied that Gary Johnson had died and gave her condolences, the Brisbane Times added.

She told Milligan: “From the moment of the attack, there was nothing that you could have done. It was a sudden, fatal attack.”