A flight attendant called out gross aeroplane water on TikTok, and experts agree you should never drink coffee or tea on a plane 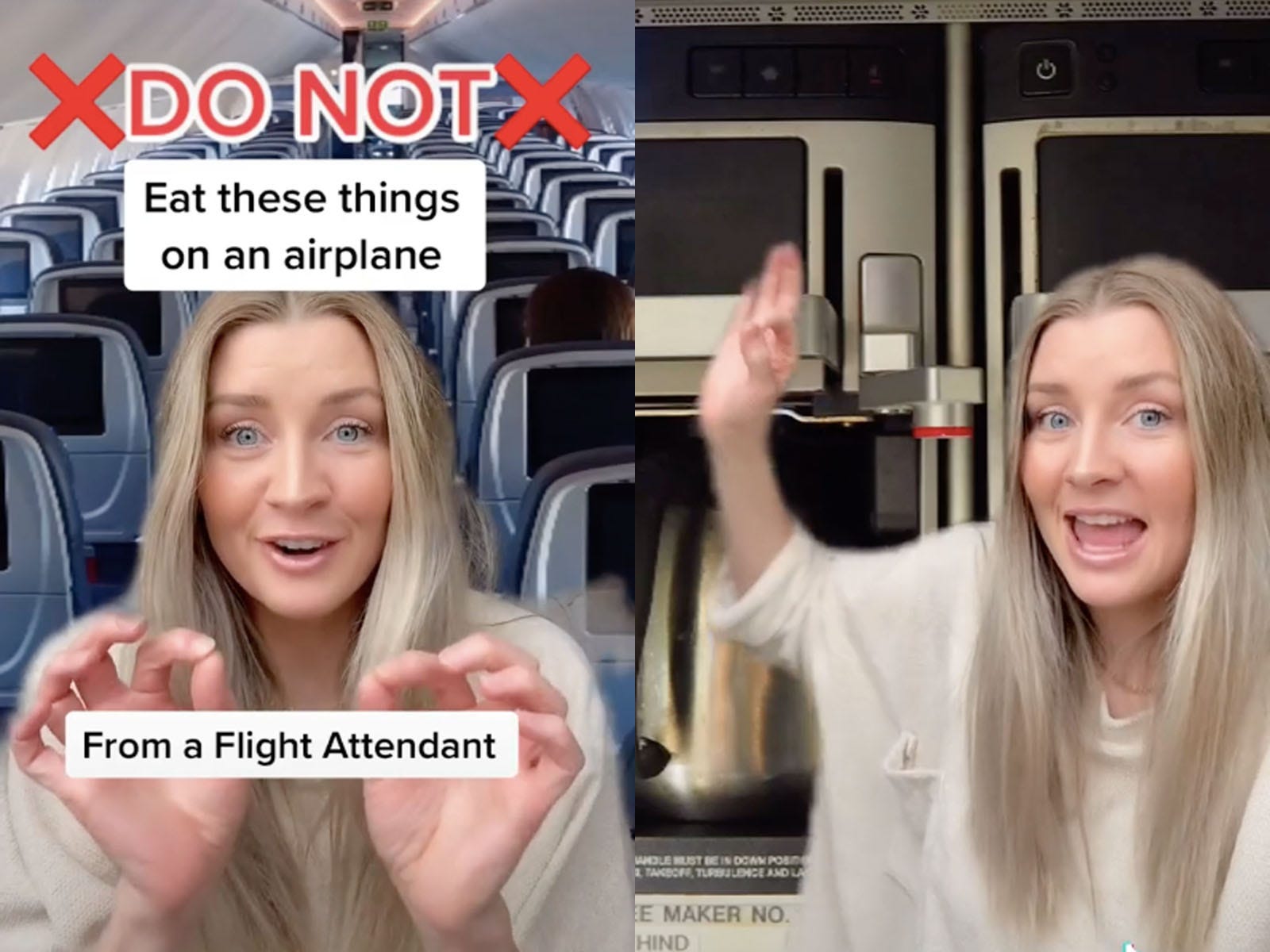 Kat Kamalani, 30, is a flight attendant who has been going viral for her behind-the-scenes TikTok videos.

She recently dropped another video that has the internet abuzz, as it tells viewers to drink only canned or bottled beverages on a flight.

Titled “Do not eat these things on an aeroplane,” the video calling out aeroplane water has been viewed 2 million times at the time of writing.


Read more:
A flight attendant who went viral for her behind-the-scenes TikTok videos shares some of the biggest misconceptions of the job and what it’s really like

“Rule number one, never consume any liquid that is not in a can or a bottle,” she said in the video, explaining that “those water tanks are never cleaned and they are disgusting.”

She also said that most flight attendants rarely drink coffee or tea on planes, since they are both made with the same hot water from the coffee maker machines, which she said “are rarely cleaned unless they are broken.”

Making a face, she added that these machines are also located right by the lavatories.

She suggests asking for bottled water or canned soft drinks only. 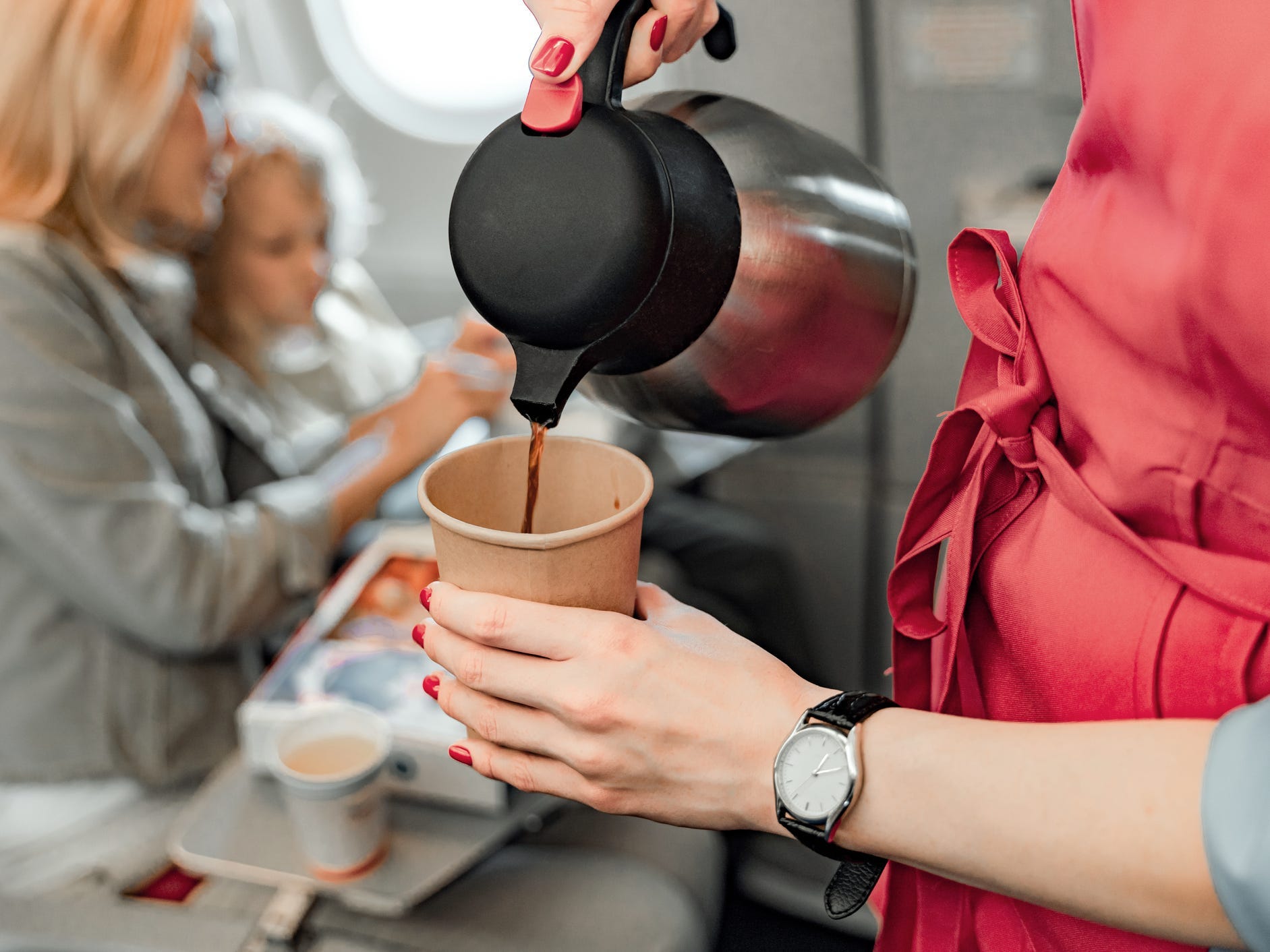 A 2019 airline water study by the Hunter College NYC Food Policy Centre at the City University of New York and DietDetective.com analysed the quality of drinking water on 11 major and 12 regional airlines.

“The quality of drinking water varies by airline, and many airlines have possibly provided passengers with unhealthy water,” according to the study.

A “water health score” ranging from 5 (best) and 0 (worst) was awarded to each airline based on 10 different criteria, from positive E. coli and coliform water sample reports to fleet size. Any score above 3 indicates relatively clean drinking water, according to the study.

Out of 10 major airlines studied, seven received a score of under 3, according to the study.

Read more: A flight attendant’s TikTok video reveals the ‘nastiest’ parts of an aeroplane you should avoid touching

“Except for Piedmont Airlines (4.3 points), regional airlines need to improve their onboard water safety,” Charles Platkin, executive director of the Hunter College NYC Food Policy Centre and editor of DietDetective.com, wrote in the study.

Similarly to Kamalani, the study concludes that passengers should “NEVER drink any water onboard that isn’t in a sealed bottle. Do not drink coffee or tea onboard.”

Taking it a step further, the study also advises passengers not to wash their hands in aeroplane bathrooms, but to use hand sanitizer instead. gerenme/Getty ImagesA 2019 airline water study advises passengers not to use the tap water in lavatories.

In 2011, the US federal government implemented the Aircraft Drinking Water Rule (ADWR), which requires airlines to test their water supplies for harmful bacteria in order to provide passengers and flight crew with safe drinking water. It also stipulates that airlines must disinfect and flush their aircraft’s water tanks at least four times a year, or disinfect and flush once a year, but test tanks monthly.

While the water on planes is pumped in from municipal systems, the quality also depends on where in the world the plane is located. The quality is also affected by the cleanliness and safety of the equipment used to transfer the water to the plane, from trucks to hoses, according to the ADWR.

The Environmental Protection Agency (EPA) is in charge of monitoring water quality, but the 2019 Airline Water Study found a possible “lack of enforcement by the EPA, which has issued few penalties in recent years,” despite the study finding germs in most airline’s water supplies.

The Association of Flight Attendants-CWA (AFA) previously told Business Insider the same thing: that water onboard planes is regulated by the EPA to ensure it’s safe to drink, but that “AFA does not believe this regulation goes far enough or is sufficiently enforced.”

Airlines for America told Business Insider that airlines work closely with the EPA to ensure water’s safety, but that they offer bottled water to “meet customer preferences.”

Representatives from the EPA and the 2019 airline water study did not immediately respond to Insider’s request for comment.