Elon Musk has moved to Texas.

The Tesla and SpaceX CEO confirmed the news on Tuesday at a virtual conference hosted by The Wall Street Journal. “For myself, yes, I have moved to Texas,” Musk said, adding that SpaceX was developing its Starship spacecraft in South Texas and that construction of Giga Texas, a new Tesla manufacturing site in Austin, was underway.

These SpaceX and Tesla developments, combined with Musk’s repeated threats to leave California this year, had for months spurred speculation that Musk would move to Texas.

The move from California to Texas is convenient for Musk, who will now be close to the SpaceX and Tesla sites â€” but there’s something else going on. The Lone Star State is one of nine states without a state income tax. Musk is getting a big tax break as he leaves California, which has the highest income tax of any state.

Musk, the world’s second-richest man, has an estimated net worth of $US152 billion. He’s flanked by Jeff Bezos and Bill Gates, who both live in Washington, another state without an income tax. That means that the world’s three richest people, worth a total of $US462 billion, don’t have to pay state income taxes.

“You become successful enough where you get taxed into migrating,” Geltrude said. “That’s what Musk is doing. And he’s got the billions to afford to pay it.”

Besides Texas and Washington, the other no-income-tax states are Alaska, Florida, Nevada, South Dakota, and Wyoming. New Hampshire and Tennessee are also on this list, but they tax investment income.

Typically, state income taxes go toward the state’s budget to pay for things such as infrastructure, education systems, and road maintenance. They accounted for 37% of state tax collections for fiscal 2017, according to the Tax Foundation’s latest data.

States that don’t have an income tax typically compensate for this revenue in other areas. Florida, for example, relies on tourism dollars, while Alaska relies on its natural resources such as oil mining. There’s also the fact that some states are just more expensive than others, requiring more taxes.

There are trade-offs. Some no-income-tax states have higher sales or property taxes to compensate. Tennessee, for example, had the highest combined sales tax rate in the US in 2019, and Texas and Florida have higher-than-average property taxes, according to Bankrate.

But so, too, do some states with income taxes â€” like California, where Musk used to live.

“California already has one of the highest sales taxes and property taxes (in certain counties) in the United States,” Ruby Banipal of the global tax-practice firm Legamaro Banipal told Business Insider. That’s on top of a 12.3% state income tax for residents earning $US590,743 or more, she added.

Breaking tax residency and moving to a lower-tax state is generally “a better financial decision,” she said. “These state tax savings begin to add up.”

But whether a state has an income tax is also partly a matter of fiscal responsibility, Geltrude said. “Most states don’t have revenue problems â€” they have spending problems,” he said.

States without an income tax are managing their finances well enough that they don’t have to have one, he added. “They’re able to keep their costs in line.”

Musk isn’t the only billionaire on the move

“Elon Musk is showing that wealth is mobile,” Geltrude said. “And the pandemic has shown us that people have the ability to work remotely.”

That’s caused a mass migration from high-tax states, he said. This is an acceleration of a trend that was underway before the pandemic â€” consider Carl Icahn, the billionaire investor who announced in 2019 that he and his firm would move to Miami in 2020.

President Donald Trump has reportedly been eyeing a move to Florida after his presidency. Sources close to Trump told People magazine earlier this month that his private Mar-a-Lago residence in Palm Beach was being spruced up and expanded. Melania Trump is also scouting schools in the area for her son, People reported.

Other Silicon Valley executives, such as the venture capitalist Keith Rabois and Ben Ling of Bling Capital, have headed to no-income-tax states like Texas and Florida during the pandemic. The Silicon Valley exodus is likely to continue â€” several other firms there (like Hewlett Packard Enterprise) have shifted or plan to shift their headquarters out of California to “friendlier” jurisdictions, Banipal said.

She said she wouldn’t be surprised to see the trend continue. “Low or no state income tax, business tax incentives, the presence of nearby international airports, and a general friendlier attitude towards tech entrepreneurs are among some of the factors that can help these other cities attract new tech talent,” she said.

The states left behind have to raise taxes even more to compensate for the budget shortfall created by the flight of residents, Geltrude said. He explained the cyclical effect: Taxing more leaves people with an incentive to hit a tipping point, which causes them to leave for a no-tax state where they can work remotely, which fuels further migration. And once ultrawealthy people like Musk leave, he said, the only people left to tax are the average workers who were promised their taxes wouldn’t go up.

As he put it: “Those states aren’t learning their lesson â€” they’re continuing to raise taxes, and people continue to move.” 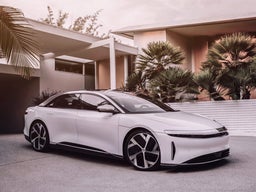