There is no difference between the effects of indica and sativa marijuana strains, scientists say Crystal Cox/Business Insider‘The retail establishment wants to keep it as simple as possible for consumers because they’re often coming fresh into the space without knowledge’ of marijuana, said Jake Pasternack, the CEO of marijuana brand Binske.

Whether a dispensary has a menu hung on its wall, a digital list patrons can scroll through on an iPad, or a physical paper booklet they can flip through, these informational materials, at the very least, classify each marijuana strain as an “indica,” “sativa,” or “hybrid,” and may also include information on the effects and THC concentrations of the Sour Diesel strain or the Blue Dream strain, for example.

This setup, adopted by breeders, dispensary owners, and consumers, suggests there’s a dichotomy of marijuana types: indica, which is said to physically relax the body and give a sedative effect, and sativa, which is said to be energising and provide more of a head-high. Hybrid strains are also sold and considered a midway point between indica and sativa marijuana strains.

In reality, no scientific evidence supports this dichotomy because on a molecular level, indica and sativa strains don’t have pattern differences that set the two “types” apart from each other. As a result, consumers may inadvertently buy marijuana strains that don’t actually align with the perceived effects they’re marketed to provide.

Still, consumers and retailers still use the classification system because it’s the only one available, which makes pinpointing the best strains for each person’s end goal a trial-and-error process.

“In the absence of any other useful system to classify marijuana, strain and indica-sativa dichotomy is all breeders and distributors have, kind of like what Winston Churchill said about democracy,” Jeff Chen, the Director of the UCLA Cannabis Research Initiative, told Insider. “It’s the worst system invented, but the best we have.” Crystal Cox/Business Insider‘So you see a massive mislabeling of strains, which is often unintentional,’ Pasternack said.

Researchers now know that on a molecular level, there’s no difference between an indica strain and a sativa strain of marijuana, but that wasn’t always the case.

In the 18th century, shortly before North American farmers began growing their own cannabis, French biologist Jean Baptiste Lamark proposed a cannabis classification system based on the appearance of the various cannabis plant samples he had been sent from India, according to the journal Cannabinoids.

Through his observations, Lamark decided cannabis indica plants were shorter and firmer stems with thick stubby leaves that grew in alternating patterns, while sativa-type plants were taller with feathery thin leaves. Lamark said each of the two plants, because of their physical traits, had different uses and effects.

Lamark’s classification wasn’t a perfect approach though, and in the years following, botanists challenged his dichotomy theory, saying there was actually only one cannabis breed, cannabis sativa L, which could adapt and take on various physical traits and provide different brain and body effects, explaining why two cannabis plants can look so different.

But by then, medical professionals interested in the healing properties of cannabis had adopted the sativa and indica dichotomy as a way to make the substance more palatable and less scary-sounding to the mainstream who had become fearful of the mysterious drug.

Still, as new technologies emerged that allowed researchers to examine cannabis at its molecular level, they found even more evidence that the system Lamark created, one that breeders, sellers, and consumers adopted for various reasons over the decades, was inaccurate. Crystal Cox/Business InsiderA Sour Diesel strain grown in California will smell, look, taste, and cause body reactions that aren’t identical to the physical and chemical properties of Sour Diesel grown in Colorado.

When researchers were finally able to look at cannabis plants on more granular levels, they found the plant’s looks weren’t everything and using its physical traits to determine its effect was too simplistic of an approach.

According to Chen, scientists realised through molecular testing that there is just one species of cannabis, cannabis sativa L.

The reason it can look and act so differently in the body from strain to strain is because the environment in which the plant is grown can change its flavour and effect profile while maintaining its genetic base. Factors like the temperature, humidity, soil nutrients, sunlight, and altitude can all affect how a person who smokes, vapes, or eats a marijuana product from that strain will physically react, Chen said.

So a Sour Diesel strain grown in California will smell, look, taste, and cause body reactions that aren’t identical to the physical and chemical properties of Sour Diesel grown in Colorado.

For that reason, some breeders and sellers have started using terpenes to classify marijuana strains. Terpenes are non-psychoactive organic compounds found in marijuana that play a role in the smell and flavour of each strain, but there are over 100 different ones, meaning this system could be just as complicated as a trial-and-error one.

Jake Pasternack, the CEO of marijuana brand Binske, compares this approach to beer drinking: “I know I like pilsners and am simple when it comes to beer, but I didn’t know that until I tried other types of beer.” Associated PressMarijuana plants growing under special grow lights, at GB Sciences Louisiana, in Baton Rouge, La. Views about medical marijuana appear to be changing across the South, where efforts to legalise it have long been stymied by Bible Belt politics. Medical cannabis is legal now in 33 states, but most Southern states remain among the holdouts. (AP Photo/Gerald Herbert)

Unlike the old-world wine industry where grape growers must follow a governing body’s strict set of guidelines, there isn’t a regulatory agency in the marijuana industry that requires cultivars to name their strains a certain way, Pasternack told Insider.

“So you see a massive mislabelling of strains, which is often unintentional,” Pasternack said, because many cultivars get sent their marijuana seeds from a massive seed bank and don’t always know the exact chemical compositions of those seeds, which eventually grow into the plants they harvest and sell to dispensaries.

Today, cannabis growers or cultivars also crossbreed certain strains to make their own proprietary blends, further complicating the process for consumers who are on the hunt for a specific marijuana-induced effect.

At Binske, for example, Pasternack and his team will crossbreed six or seven different strains of marijuana to create one-of-a-kind strains that only Binske knows the recipe for and sells.

Pasternack tells a dispensary a couple of the strains his team used to give those retailers a general idea of what they’re selling with consumers come into the store asking questions.

The marijuana dichotomy has been debunked, but is still widely used 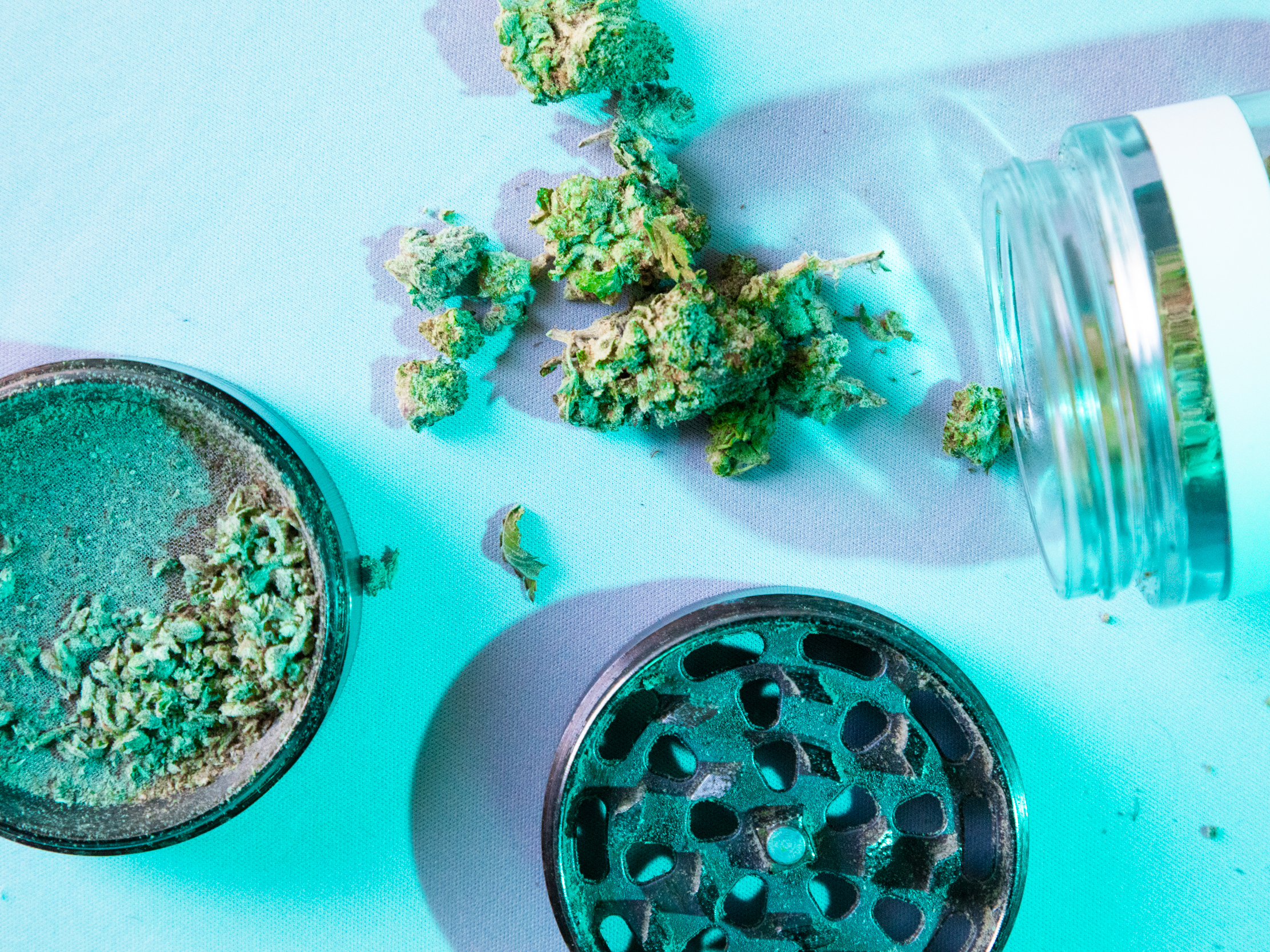 Crystal Cox/Business InsiderScientists realised, through molecular testing, that there is just one species of cannabis, cannabis sativa L.

Despite the shortcomings of the indica and sativa classification system, the industry and consumers continue to use it when selling and shopping for marijuana.

“It’s a tragic comedy in this space,” Pasternack said. “The retail establishment wants to keep it as simple as possible for consumers because they’re often coming fresh into the space without knowledge” of marijuana.

An unintended result of keeping things simple, however, could be leaving consumers who are eager to experience the pain-relieving or anxiety-decreasing effects of marijuana feeling confused or defeated because they didn’t get what they thought they were getting when they asked for an indica or sativa or hybrid.

If a more accurate system existed, that same group of people could more easily come across a life-changing solution, like realising a particular strain significantly manages their depression symptoms, and decide they no longer need antidepressants, Chen said.

For the time being, Chen and Pasternack both believe a trial-and-error approach, rather than saying you only like indicas or sativas, is the best way for a person to pinpoint the marijuana strains that work well for their needs.