Here's why a stimulus package with $1,200 checks may not be passed until Biden takes office in January 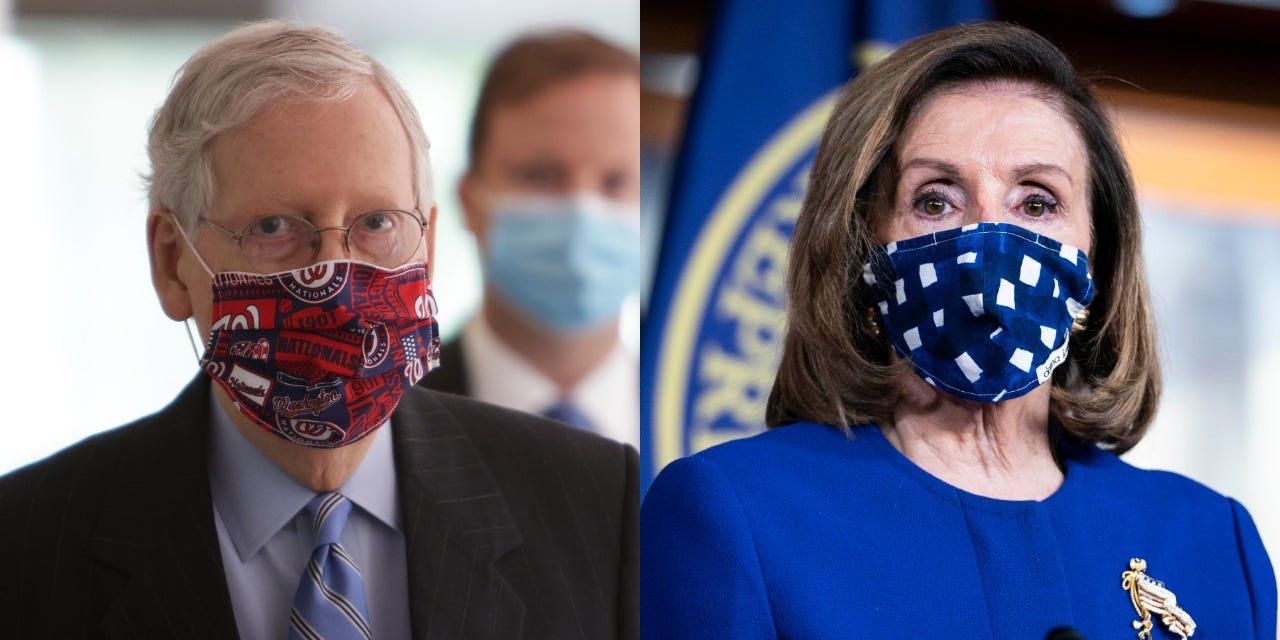 Despite immense public health and economic challenges, Congress has not approved another coronavirus relief plan and appears unlikely to do so during the lame duck session. Both parties are clashing on spending levels and the contents of a fourth aid package.

The United States, meanwhile, is being blanketed by another wave of coronavirus infections, with the number of new cases reaching record levels nine months into the outbreak. Nearly 172,000 new cases were reported on Wednesday, the second-highest daily total since the pandemic began.

Most states are struggling to fend off the rapid spread of the virus, showcasing the nation’s patchwork response during the worst surge of infections so far. Minnesota is implementing sweeping new restrictions limiting public gatherings and barring indoor dining. In Pennsylvania, bars and restaurants were ordered closed by 10pm.

In spite of worsening conditions across the country, congressional leaders aren’t negotiating to deliver more economic aid. They’re digging in on their priorities instead, while Republicans and Democrats also negotiate year-end spending bills that must be approved by December 11 to avert a government shutdown.

Many economists have long urged Congress to funnel more money to aid struggling people and hard-hit businesses. But the lack of movement on another package indicates the arrival of more federal aid may have to wait until Biden assumes office in January and pending the outcome of two runoff races in Georgia that will determine Senate control.

“Every day we need this to happen, and people are dying”

A new stimulus is also being hobbled President Donald Trump’s refusal to acknowledge his election defeat by President-elect Joe Biden. Trump hasn’t conceded and many Republican lawmakers are following his lead, which Democrats say has worsened congressional gridlock.

“Senate Republicans are distracted by an angry, petulant president. They’re afraid of his wrath. They’re afraid of what he might tweet about them. His refusal to accept the results of the election make it harder for Congress to move forward,” Senate Minority Leader Chuck Schumer told reporters this week.

Less than a handful of GOP senators acknowledge Biden won, per NPR. “The president is really not helping at all,” Bill Hoagland, senior vice president at the Bipartisan Policy Centre and former GOP staff member in the Senate, told Business Insider.

“Until the election, at least the president and Mnuchin were engaged,” Hoagland said. “They are not engaged now, and that has turned the ball over to Majority Leader McConnell.”

With McConnell in the driver’s seat, it’s clear the GOP seeks only a fraction of the $US3.4 trillion in aid that Democrats and Biden have called for. The plan that the House passed in May includes $US600 federal unemployment benefits, $US1,200 direct payments for taxpayers, and aid for state governments as well as virus testing and tracing funds.

Republicans are pressing for a $US500 billion plan containing a new round of funding for small businesses as well as public health money. It excludes stimulus checks and assistance for states.

“I think right now that the Democrats would have to come a long way back to reality with us to get a bill,” Sen. Richard Shelby, the chair of the Senate Appropriations Committee, told reporters on Capitol Hill on Tuesday.

How both parties bridge the gulf will determine the timing of an aid package. Biden urged Congress to pass the Democratic “Heroes Act” in his first major economic speech on Monday, but Republicans dismissed it as a liberal wishlist. The president-elect also didn’t offer any signs of where a compromise could be reached.

In recent weeks, Pelosi was criticised for holding out for a better economic aid deal after the election. “When they said they were just trying to wait until after the election â€” no, we weren’t,” Pelosi said at a press conference on Wednesday. “Because every day we need this to happen, and people are dying.”

While the economy has rebounded stronger than expected because of a $US2 trillion infusion from the government in the spring, it’s still vulnerable, experts say. Just over 1.1 million people filed for unemployment benefits last week.

The signs of potential catastrophe for many people are not hard to find. Nearly 12 million people may lose all their unemployment benefits the day after Christmas if Congress fails to extend aid.