Why some influencers can't stop partying during the pandemic, even after condemnation and backlash 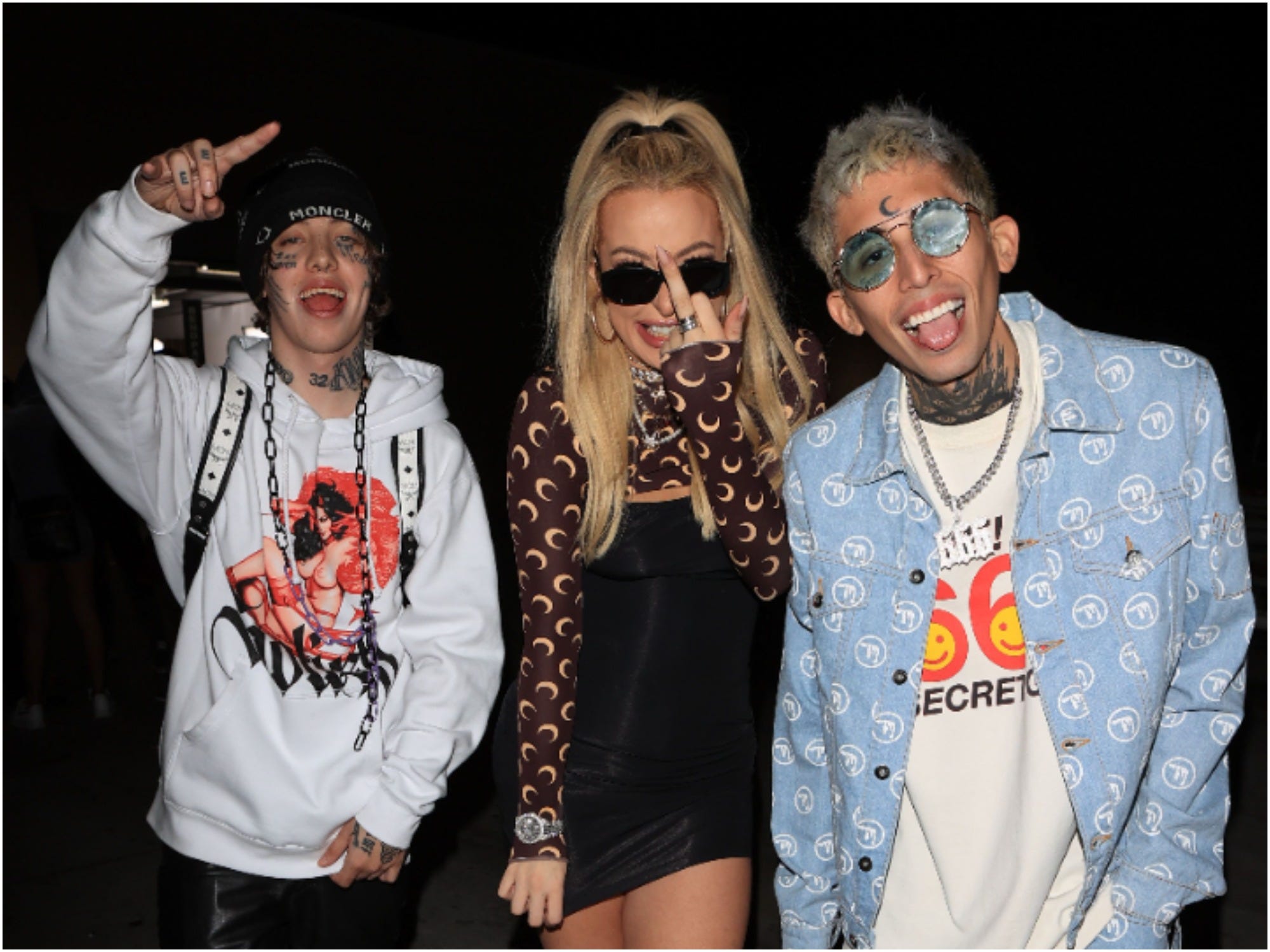 A video of a rosy-cheeked, cap-wearing spring breaker went viral in March, where he and several of his college buddies refused to let the coronavirus pandemic stand in the way of their Miami vacation.

“If I get corona, I get corona,” he told the CBS News interviewer, with glassy eyes. “At the end of the day, I’m not gonna let it stop me from partying.”

The student was almost universally vilified for what critics said was a self-serving mindset. But it was just a taste of the pandemic partying that was to come, which has been most notably paraded by top influencers in Los Angeles, California.

The influencer parties started in July

There’s a group of influencers who seemingly can’t stop attending parties. It doesn’t matter how much criticism they receive from their fans, fellow celebrities, or the tea channels that meticulously catalogue bad influencer behaviour â€” it seems that gathering together trumps social distancing for some.

After a few weeks of apparently sticking to the rules (at least according to social media), the parties started with known controversy-seeker Jake Paul inviting dozens of internet stars to his Calabasas mansion on July 14, where they gathered without face masks, drank, and swung from heavy machinery. A few days later on July 21, 67 maskless influencers attended a Birthday party for TikToker Larray at the Hype House, a home where some of the app’s A-listers dwell.

Tana Mongeau, a YouTuber who attended both events, posted an Instagram story the following week with fellow influencer Erika Costell, where they told the camera “we don’t f—ing care.” Both stars have millions of online followers. Despite later saying the comment referred to historic bad blood between the women (both have dated Paul), Mongeau’s words, and her subsequent perpetual cycle of partying, apologizing, and then doing it all over again, set the tone for how some influencers would continue to behave.

The next month, for example, Bryce Hall crammed over 100 guests into his own TikToker mansion called the Sway House, which resulted in LA’s mayor shutting off their power.Hall told Entertainment Tonight he regretted throwing the party in an interview on October 1, but was then seen attending a maskless gathering with various influencers a few days later.

The partying has continued despite criticism from across the internet

YouTuber kodeerants, who went viral this week for directing a rage-induced rant at partying influencers, told Insider she felt like their actions oftentimes don’t reflect their words.

“They apologise, not because they mean it, but only to get people to stop talking about them,” she said. “If they truly were sorry they would stop going to social events and stay home like the rest of us.”

As well as being a YouTuber, kodeerants, who withholds her legal name online, is an essential worker at a major corporation. But seeing influencers openly disregard the pandemic and flout local rules and guidelines makes her feel like working hard and taking precautions in the field is pointless, she said.

“These influencers are responsible for being role models for their audiences and all they are doing is showing them that you can do anything you want and you don’t have to care about other people,” she said. 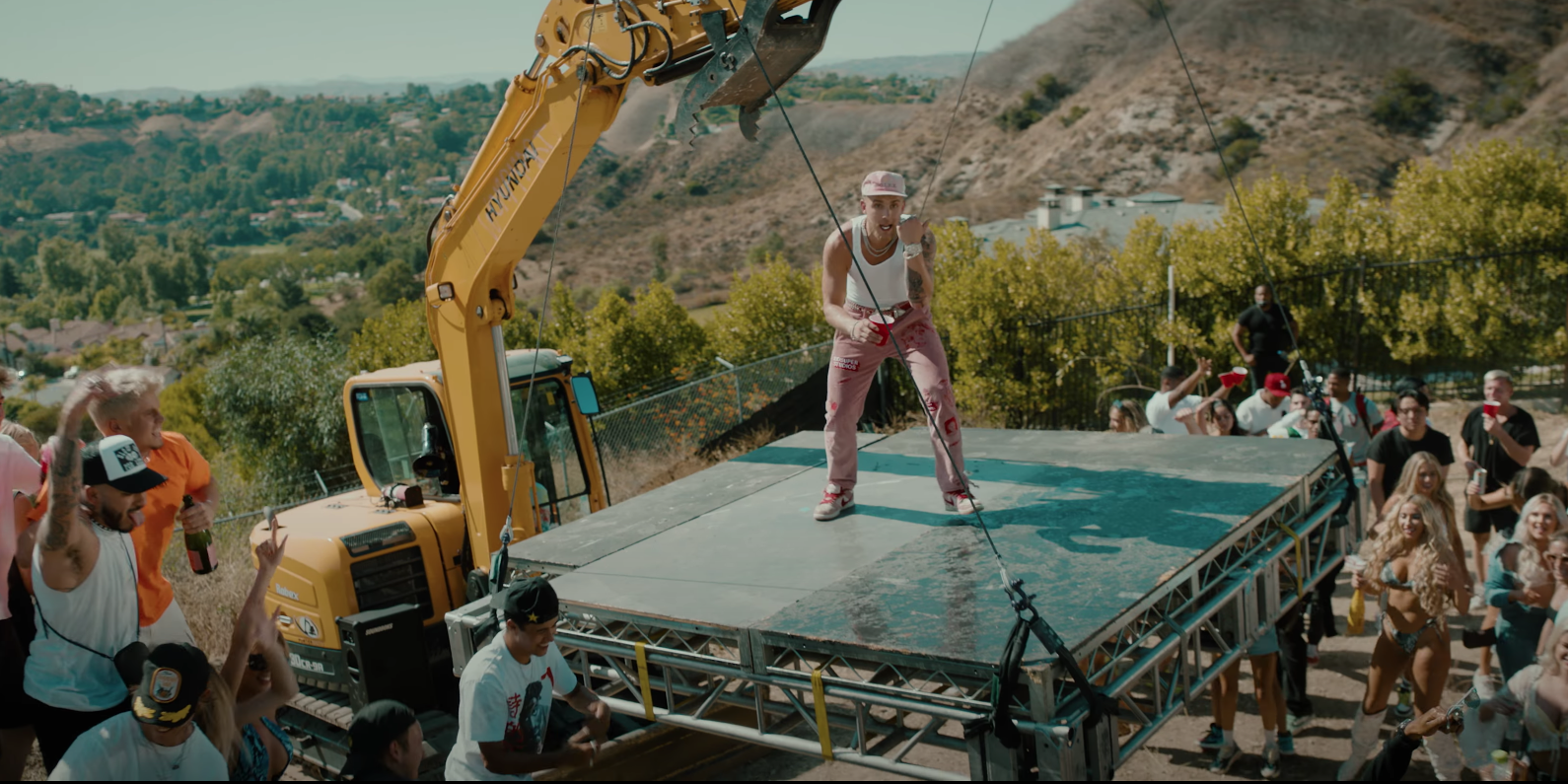 YouTuber Chris Klemens, who has over one million followers on the platform, has also called out influencers who aren’t socially distancing despite COVID-19hospitalizations reaching record heights in California. He pleaded with his peers to stop risking other people’s health for the sake of their Instagram stories in a video called “I’m Just Done” in July. On November 19, he posted a video where he revealed he’d tested positive for the coronavirus despite following the guidelines for months.

“It just doesn’t feel fair at all,” he said through tears of shock as he drove home from the test centre. “I’m just so angry.”

The backlash against the selfish behaviour of influencers also received traction from huge stars such as Billie Eilish and Ariana Grande.

“Did we really all need to go to f—ing Saddle Ranch that badly that we couldn’t have waited for the deathly pandemic to pass?”Grande said on a podcast earlier in November, referencing a restaurant that’s popular with LA influencers. “We all needed that Instagram post that badly?”

.@ArianaGrande talks about people partying during the COVID pandemic: “Couldn’t we have just stayed at home for a few more weeks […] Did we really have to go to Saddle Ranch that badly that we couldn’t have waited for the deadly pandemic to pass?” pic.twitter.com/41pmgd82Hf

Apparently, some believe they do â€” Hype House cofounder Thomas Petrou essentially told the New York Times’ Taylor Lorenz in August he and other influencers that were part of large content collectives planned to live as normal because “our jobs are to entertain people.”

“We live with groups of people, and we are all intertwined for work,” he said. “We can’t put our entire lives on hold for a year and not make any money.”

As reported by Business Insider’s Amanda Perelli, Dan Whateley, and Sydney Bradley, there are plenty of influencers who are making money without hanging out in large groups. Some influencers have adjusted their jobs to find new revenue streams this year, such as focusing on partnerships with companies that provide products for indoor activities like baking and growing house plants. Others have turned to setting up subscription-based memberships to provide content, or spent time making personalised messages for fans on Cameo.

Regardless of money, others influencers have simply brushed off the severity of the pandemic. Jake Paul told Insider’s Kat Tenbarge in August that he didn’t know if he would stop partying. He later told Marlow Stern at The Daily Beast he believed COVID-19 was “a hoax.” On the night of his knock-out win against former NBA player Nate Robinson, Paul threw a massive party to celebrate, inviting his mum, brother Logan Paul, and ex-wife Mongeau, among others.

Calabasas Mayor Alicia Weintraub told TMZ called the gathering a “slap in the face to Calabasas residents” and said it was “no doubt a super-spreader event just waiting to happen” and Paul “should be ashamed of himself for allowing it when so many are suffering from the virus.”

These influencers often try to excuse their penchant for partying by claiming to purchase expensive rapid tests for everyone beforehand. In a time where regular people are struggling to obtain free tests despite having symptoms, and many can’t afford the luxury of private ones, this point of view has come off as tone-deaf.

The excuses no longer seem sincere

Internet commentators and fans alike are exhausted. As of November 30, Mongeau seems to have given up excusing her actions, saying on an Instagram story that the multiple influencers at a viewing party of Paul’s boxing match were all “screaming, hugging, crying” with each other, and it made her “so emo.”

“Did she really just try and make her partying during a pandemic sound deep and meaningful?” tweeted tea channel TeaSpill.

Mongeau, now 22, has been a controversial online figure since she started making YouTube videos at 16. Like many influencers, she knows her audience isn’t going anywhere, because chaos and controversy were built into her brand from the beginning, from a staged marriage to flaunting her arrest record. Even if she loses a few hundred thousand subscribers, she will have millions left, so why not film a music video with Lil Xan or hang out at the Team 10 mansion?

As kodeerants pointed out, influencers have the financial means to stay home during the pandemic, “but choose not to.”

“I think influencers feel like they are untouchable,” she said. “Their audiences make up excuses for them and defend them online even when they don’t deserve it.”

She added that she doesn’t think influencers will stop partying until they start losing their following.

“If they keep thinking they can get away with their toxic behaviour then they will never stop doing it,” she said.

Did she really just try and make her partying during a pandemic sound deep and meaningful ????

Influencers missed the memo of how the coronavirus spreads

Continued partying by some influencers â€” most of whom are young and in good physical shape â€” is problematic because they aren’t the only people who could be affected by their actions. They seem to have missed the memo that by gathering in large groups they are potentially putting countless people at risk. Symptomless people can spread the coronavirus, and tests are not 100% accurate.

The problem isn’t contained to just the controversial influencers, either. Lele Pons, supposedly a family-friendly YouTuber, held a massive Halloween party in Miami which many celebrities including the Dolan twins and Diplo flew in for. Just this week, Dr Mike, who has been one of the leading voices informing people of the risks of coronavirus on his channel, was put on blast when a photo leaked of him attending a boat party. He posted an apology video where he contradicted his own previous advice, saying he is young and healthy and was thus at low risk of getting seriously ill.

“That totally missed the mark because he knows it’s not about his personal risk,” said YouTuber Chris BouttÃ©, who runs a channel about influencers and health and posted a video essay about Dr Mike’s actions.

It may be that fans have short memories and will forgive and forget every display of hedonism flaunted by some influencers over the last few months. Or it could be that fans will increasingly hold influencers accountable for their behaviour, limiting the shelflives of some of the most controversial pandemic partiers’ careers.

Either way, like the ill-informed spring breakers, it seems influencers are more than willing to take the risk.