A quarter of Americans aren't preparing for a coronavirus outbreak. Some of them told us why they're not worried yet. 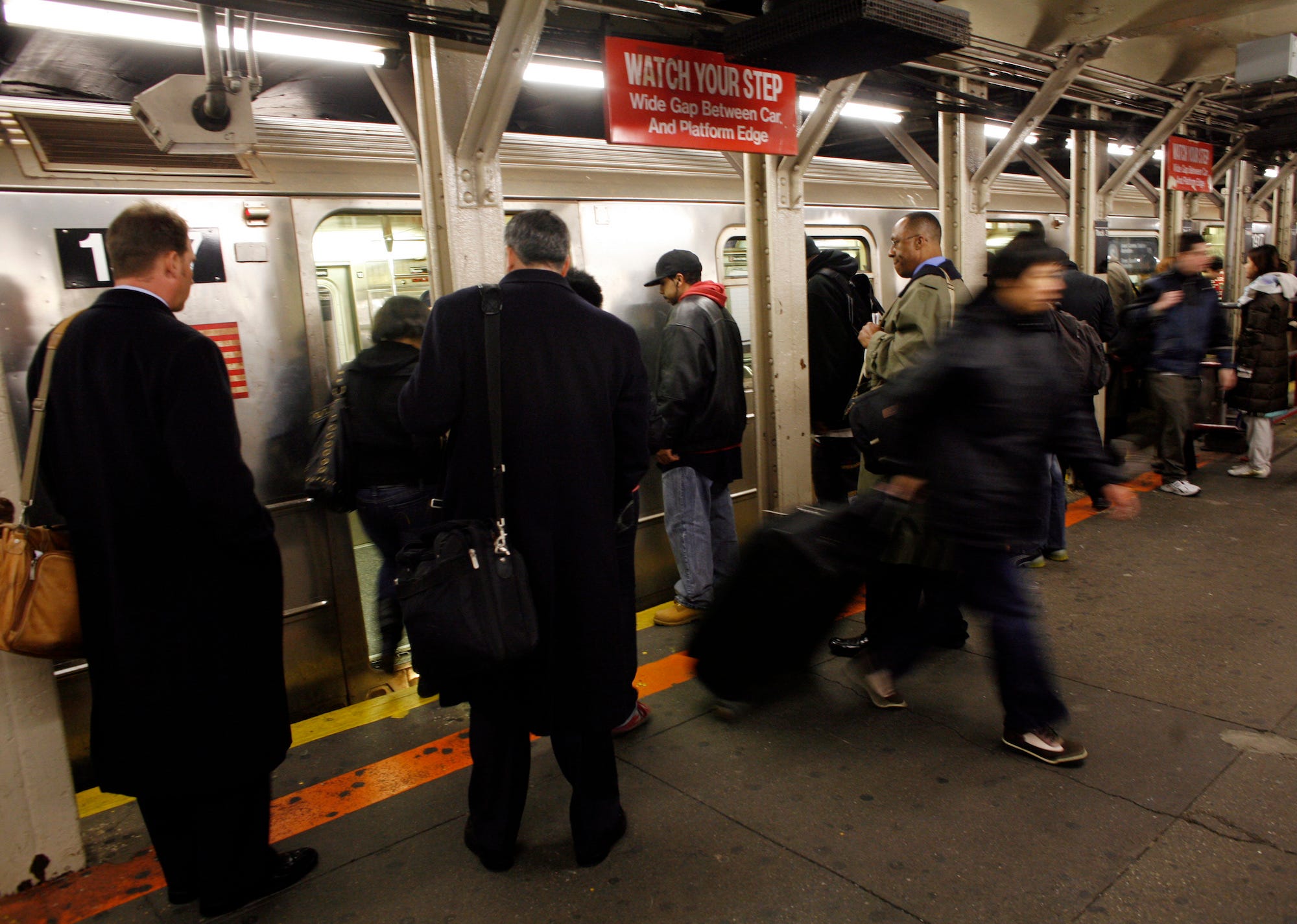 Keith Bedford/ReutersMany people’s daily lives have remained unchanged in the face of a coronavirus pandemic.

As a new mum to an 8-month-old, Clare Rager is primed to worry.

But the lawyer living in Cambridge, Massachusetts, isn’t so concerned about an outbreak of the novel coronavirus – which has so far infected more than 89,000 people globally and killed more than 3,000, including six in the US – in her community or household.

“From what I understand, it’s not really impacting babies or people without comorbidities. That’s how I’m getting comfortable with it,” Rager told Business Insider. “The flu happens every year, and I’m going to live my life.”

Rager refuses to cancel her family’s flight to Japan in July for the Olympics, a trip that was planned over a year ago. “Short of a travel ban, we are going to Japan come hell or high water,” she said.

Rager is among the third of Americans who say they’re either “not so” or “not at all” concerned about the coronavirus’s potential impact on their daily lives, according to an Insider poll of 1,051 US adults conducted February 27.

A quarter of respondents also said they weren’t taking any steps – like considering cancelling travel plans, stocking up on food and medications, and cleaning surfaces and washing hands – to prepare for an outbreak, even though public health officials are encouraging Americans to do just that.

Insider talked to some of these “non-preppers” about why they’re unfazed by the potential pandemic, and to social scientists about what sets them apart from those who go to the other extreme. 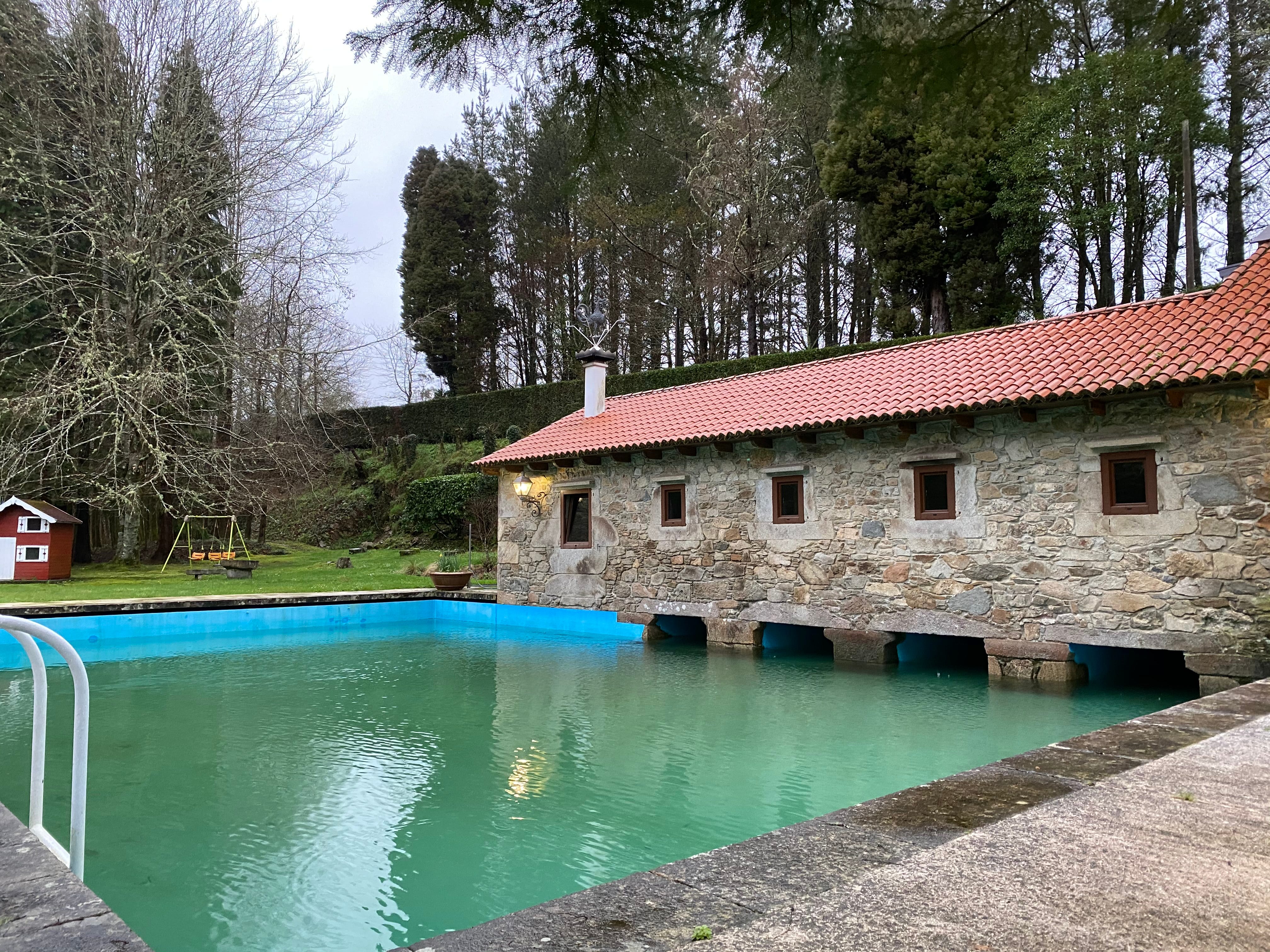 Tony AriasThe house where Tony Arias stayed with friends who were formerly quarantined. They ‘had big meals and (sang) karaoke,’ he told Insider.

Tony Arias, an advertising professional visiting family in Spain, recently spent a weekend with his friends two weeks after they were quarantined because of their travels in Shanghai.

He thinks that, rather than worry about potentially acquiring the illness, people should be concerned about how that anxiety could trigger other issues, like small companies closing and the stock market plummeting. “That cascade effect will hit us harder than the actual [virus,]” he said.

Isa Herrera, a pelvic floor physical therapist in New York City, told Insider her stress level over the virus is a one on a scale of 1 to 10, even though she lived through 9/11, which taught her she wasn’t, and still isn’t, prepared for an emergency.

“I think it’s a lot of hype about this virus,” she said. Herrera won’t be alarmed unless the number of people in th e US who are infected and dying exceeds that of the flu. (The CDC estimates as many as 45 million people in the US have been infected with the flu and as many as 46,000 have died from it since October 1.)

Herrera spent the weekend doing what she’d normally do: grocery shopping and cooking, hanging out with friends, and going out to dinner.

Susan McVea, a business sales strategist on Canada’s west coast, told Insider she’s not that concerned, despite having two conditions that compromise her immune system – fibromyalgia and asthma.

Her family uses the meal-kit service Hello Fresh, but they won’t stock up on backup food unless it’s clear that will be suspended.

“For us, [the virus] is similar to a bad flu, and [we’re] making sure we practice common sense, good hygiene, and living our life as usual.” McVea’s weekend was like any other: She took her kids to swim lessons, went to the gym, and ran errands. 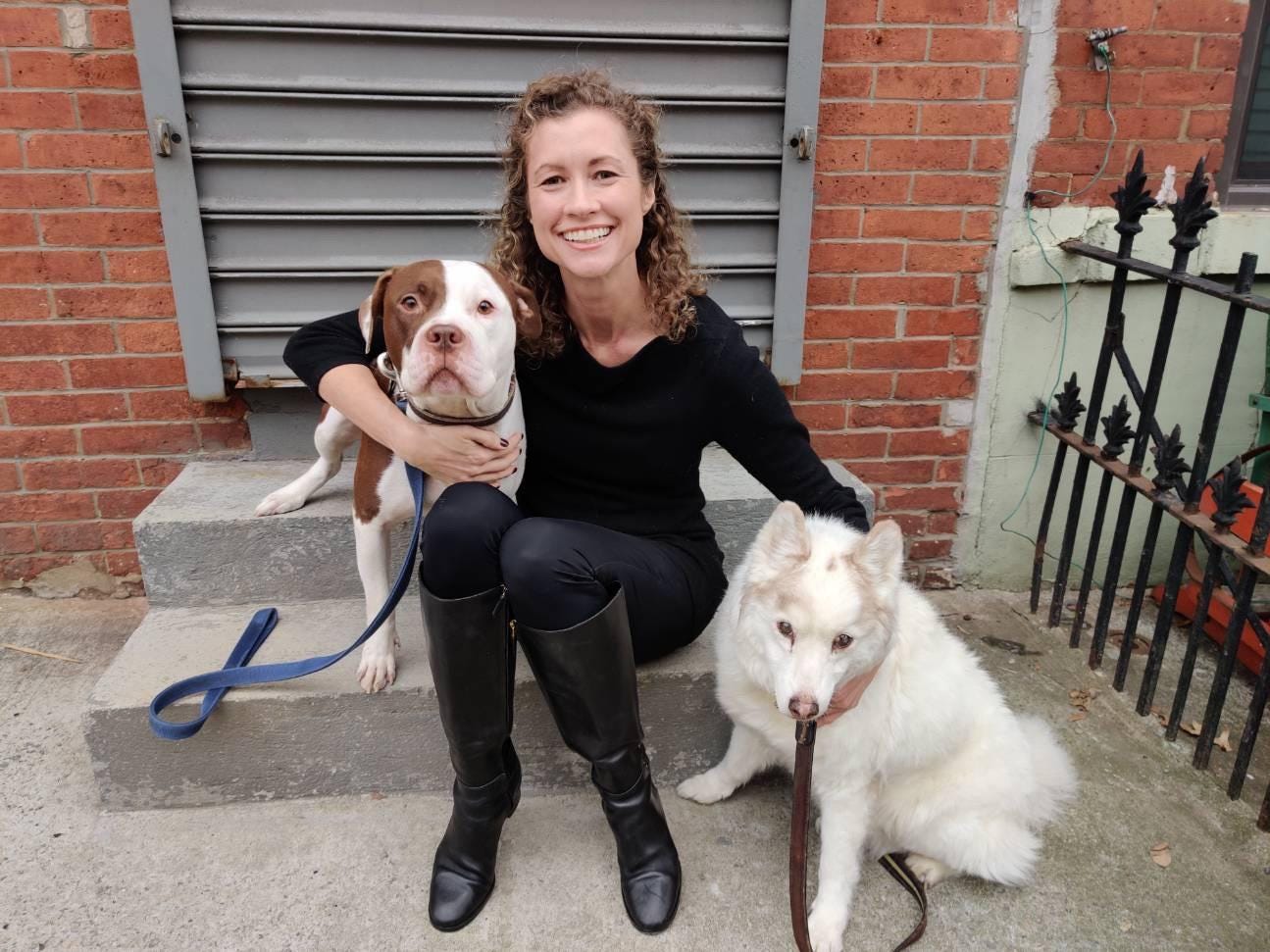 Andrea Huspeni, founder of This Dog’s Life, credits living in New York City for making her immune to hypochondria. “If I thought about every germ that I encountered on a daily basis, I would go crazy and never leave my house,” she said. “And I am not going to start now.”

Plus, she said, “it’s not good for my mental health to worry about things I can’t prevent. Rather, I am just going to keep on living and take things day by day, instead of filling my head up with ‘what ifs.'”

Some people aren’t shying away from big gatherings, even as conferences are cancelled around the world.

New York City Beer Week officially kicked off on February 22 and wrapped up Sunday, the day after the World Health Organisation recognised the virus as the “highest level” of risk.

Attendance at the opening bash was “considerably larger” than last year, attendees or venues didn’t raise coronavirus-related concerns, and only a handful of people requested refunds due to sickness, Ann Reilly, the executive director of the New York City Brewers Guild, told Business Insider.

“Truthfully, we’ve been lucky and have not had the fervor affect our attendance levels,” she said. 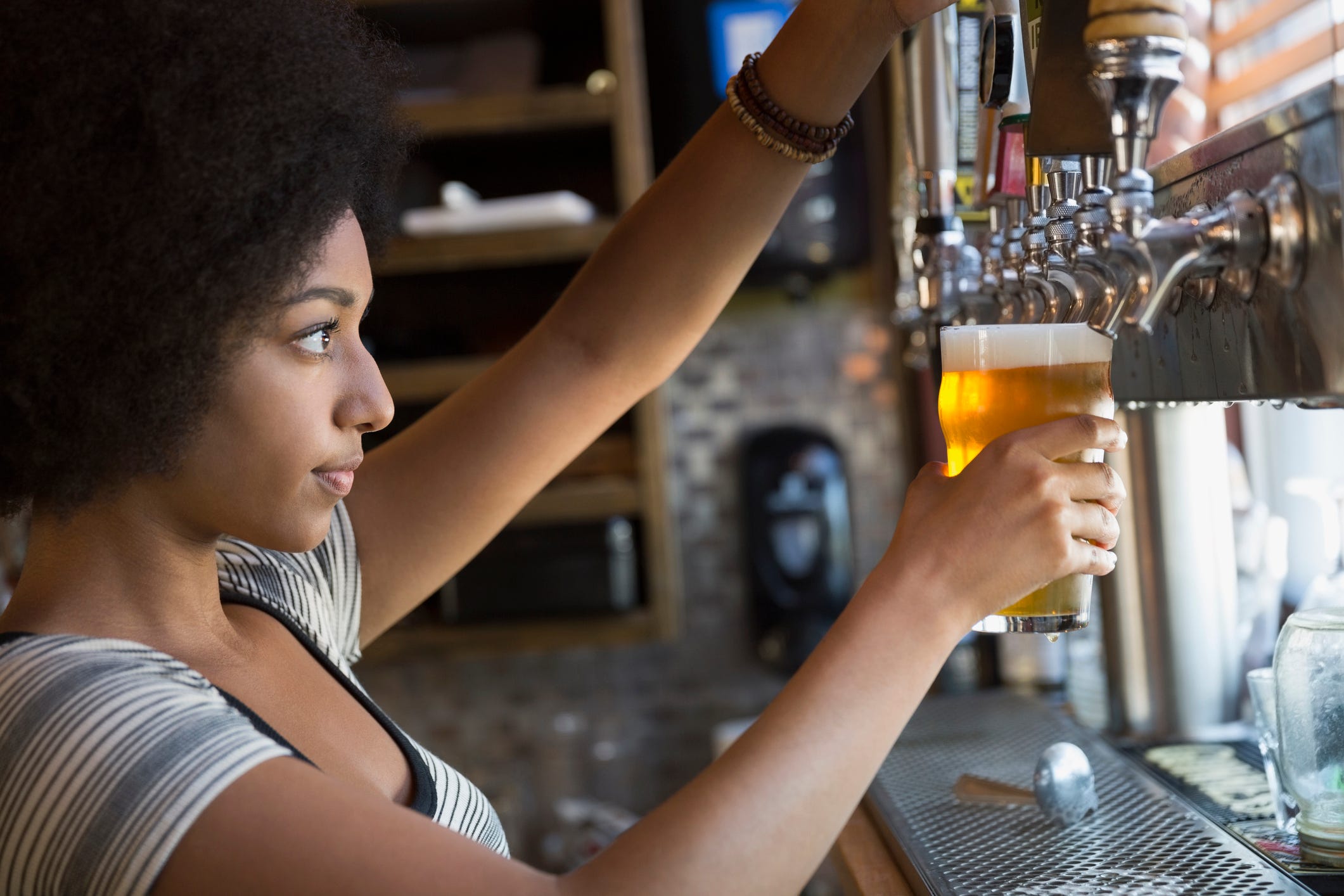 Whether people panic or proceed as usual is influenced by messaging

Anthony F. Lemieux, a social psychologist and director of Georgia State University’s Global Studies Institute, said whether people tend towards anxiety or nonchalance in the face of a potential threat depends largely on their assessment of how susceptible they are and how severe the threat is.

“If people don’t have a sense of either or both of those things, it’s less likely to motivate any actual response,” he said.

In the case of the coronavirus, the messaging has been inconsistent, with President Trump first saying the outbreak “may get a little bigger; it may not get bigger at all,” while health officials said it was inevitable that the coronavirus would spread inside the US.

Taylor, who teaches a course called “Epidemics: Plagues, Peoples and Politics,” said that in order for people to take the threat seriously without panic, the US needs “government transparency, a robust belief in scientific data, and a faith in international cooperation – to all of which President Trump has expressed antagonism in the past.” 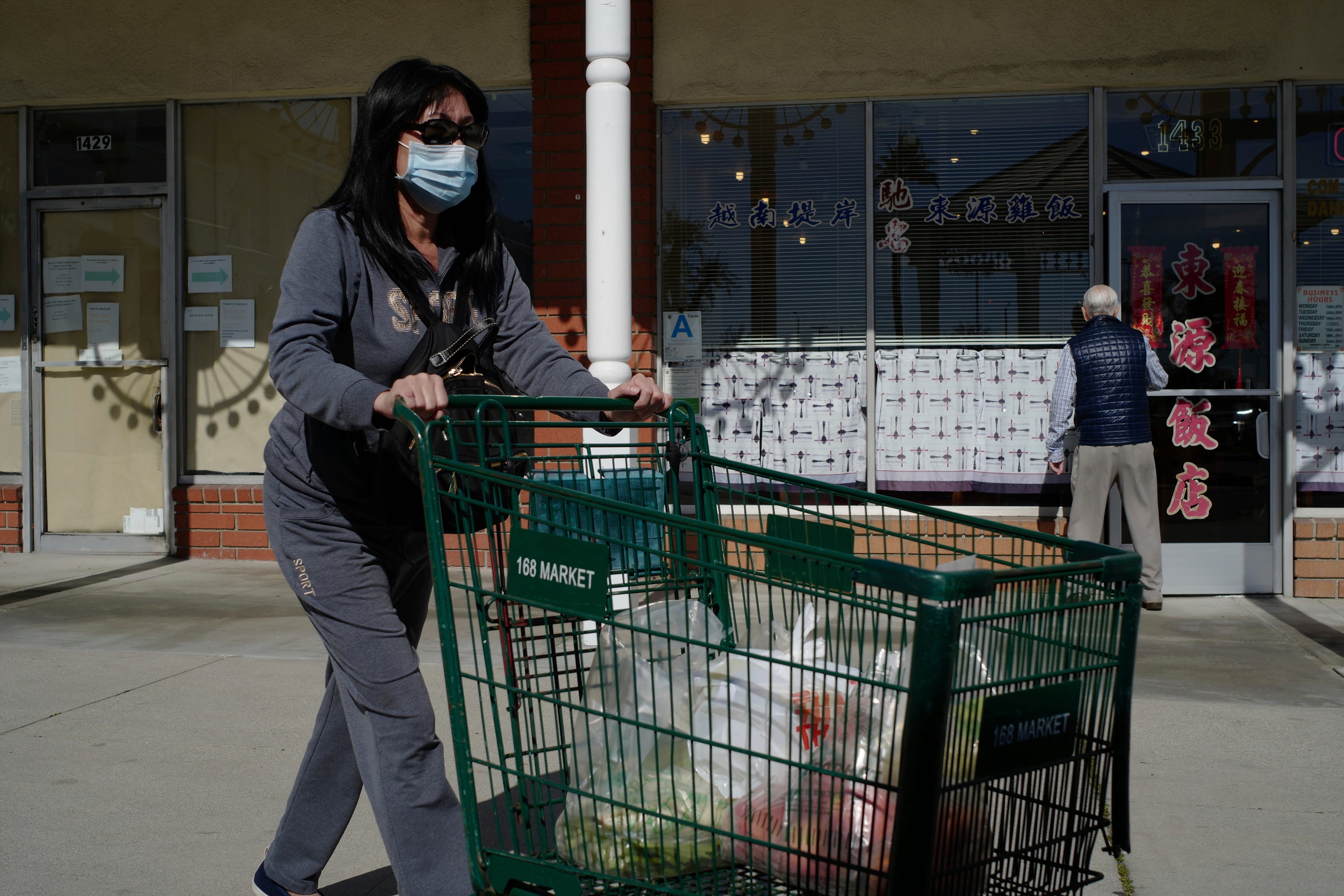 AP Photo/Damian DovarganesA grocery shopper in California may be more likely to worry and prepare than one on the East Coast.

Situation, location, and personality matters too

There are also specific situations and personality characteristics that decide how people respond to an incoming threat like the coronavirus.

People with compromised immune systems as well as older people are at higher risk of complications and death from the virus, and so are more likely to be concerned for their own well-being, Taylor said. Others are anxious about the economy. Living in places like Washington state and California, where outbreaks have started popping up, also could up the perception of susceptibility.

People who already have health anxiety or generalized anxiety disorder are more likely to worry about potential threats like the coronavirus “because such people frequently overestimate threats and underestimate coping abilities,”Julie Pike, a clinical psychologist who specialises in anxiety disorders, previously told Insider.

Some of it, though, is just personality. Michelle Dimuzio, a graphic designer in New York City, said she’s not worried simply because she’s “not the worrying type.” 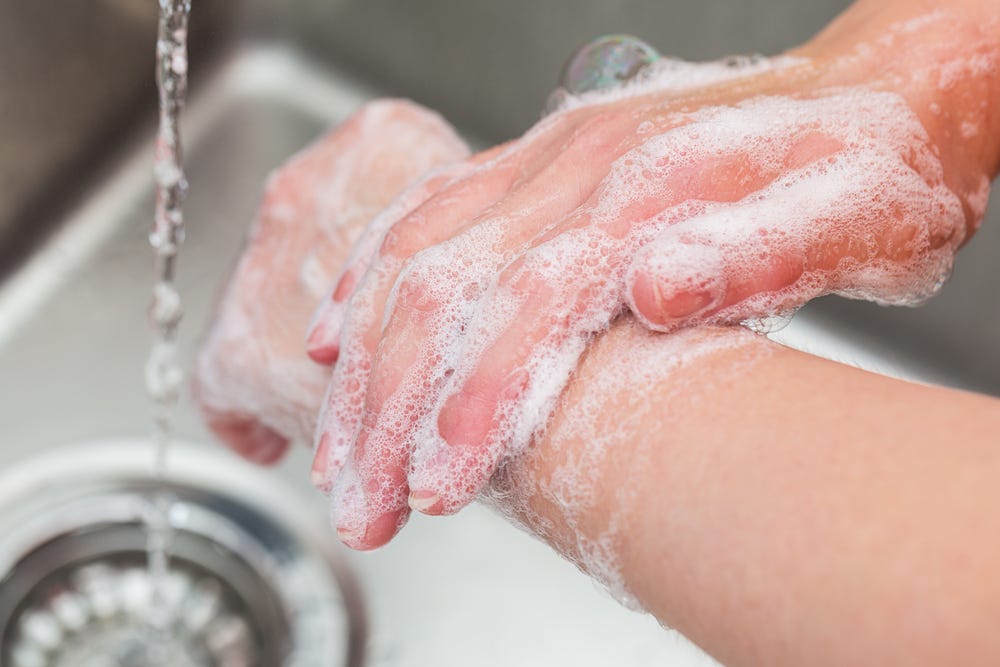 r.classen/ShutterstockHandwashing is one of the most effective ways to protect yourself from the novel coronavirus.

No matter your situation, public-health experts recommend washing your hands frequently and thoroughly, avoiding face-touching, and keeping your distance from sick people.

Consider buying some extra non-perishable groceries, looking into ways to work from home if necessary, and limiting your media exposure to a few trusted sources.

“We don’t want to see people be too complacent and nonchalant,” Lemiux said. “But on the other hand, too much fear causes all kinds of strange behaviours” like, in this case, hoarding face masks.