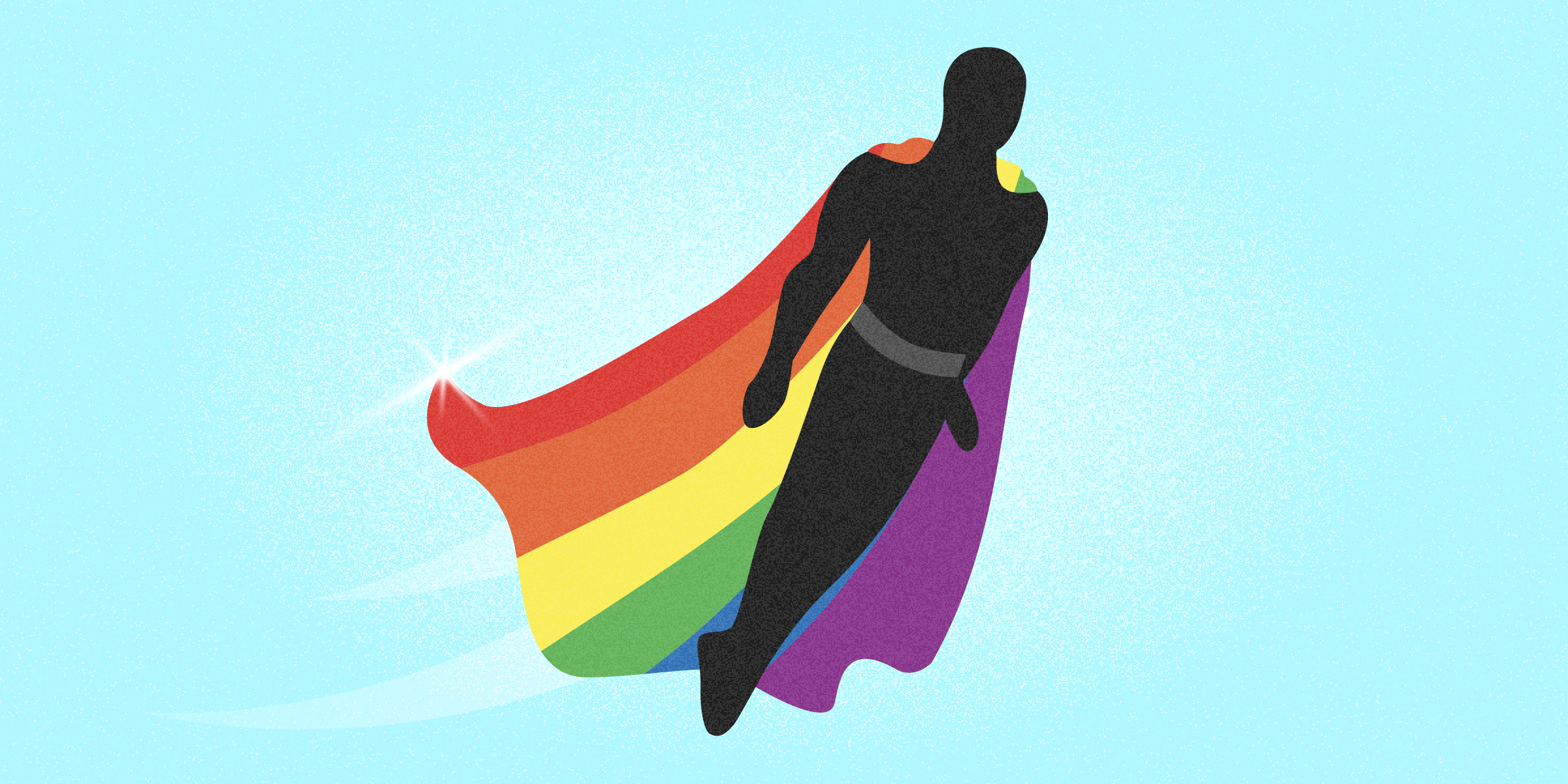 Marvel showed commitment to giving full onscreen representation to an often underrepresented group with “Black Panther.” Ryan Coogler’s movie was the first time many children of colour around the world saw themselves in the main characters on the big screen.

“Black Panther” was a celebration of Black culture in one of the biggest, most talked-about movies of the year. And, while others can describe how groundbreaking and revolutionary “Black Panther” was far better than I can, it’s not hard to see the positive impact the movie had in terms of representation.

It’s time that Feige and the MCU embraced the LGBTQ community in the same way.

So far, the MCU has had one openly LGBT character in the entirety of its 23 films. That was “Avengers: Endgame” director Joe Russo himself making a cameo in “Endgame.” Russo played a man in Steve Rodgers’ support group post-snap who casually mentioned that he went on a date with a guy.

To be clear, my face lit up in the cinema when watching this, and it was exactly the sort of representation that we sometimes need – a character who just so happens to be gay, but it isn’t made into a big deal. The fact that I was so happy about this five-minute scene, however, proves how starved the LGBT community has been for representation in mainstream movies.

The character wasn’t even named. In 23 movies, that was all we got.

The future does, however, look a little more rainbow-coloured. 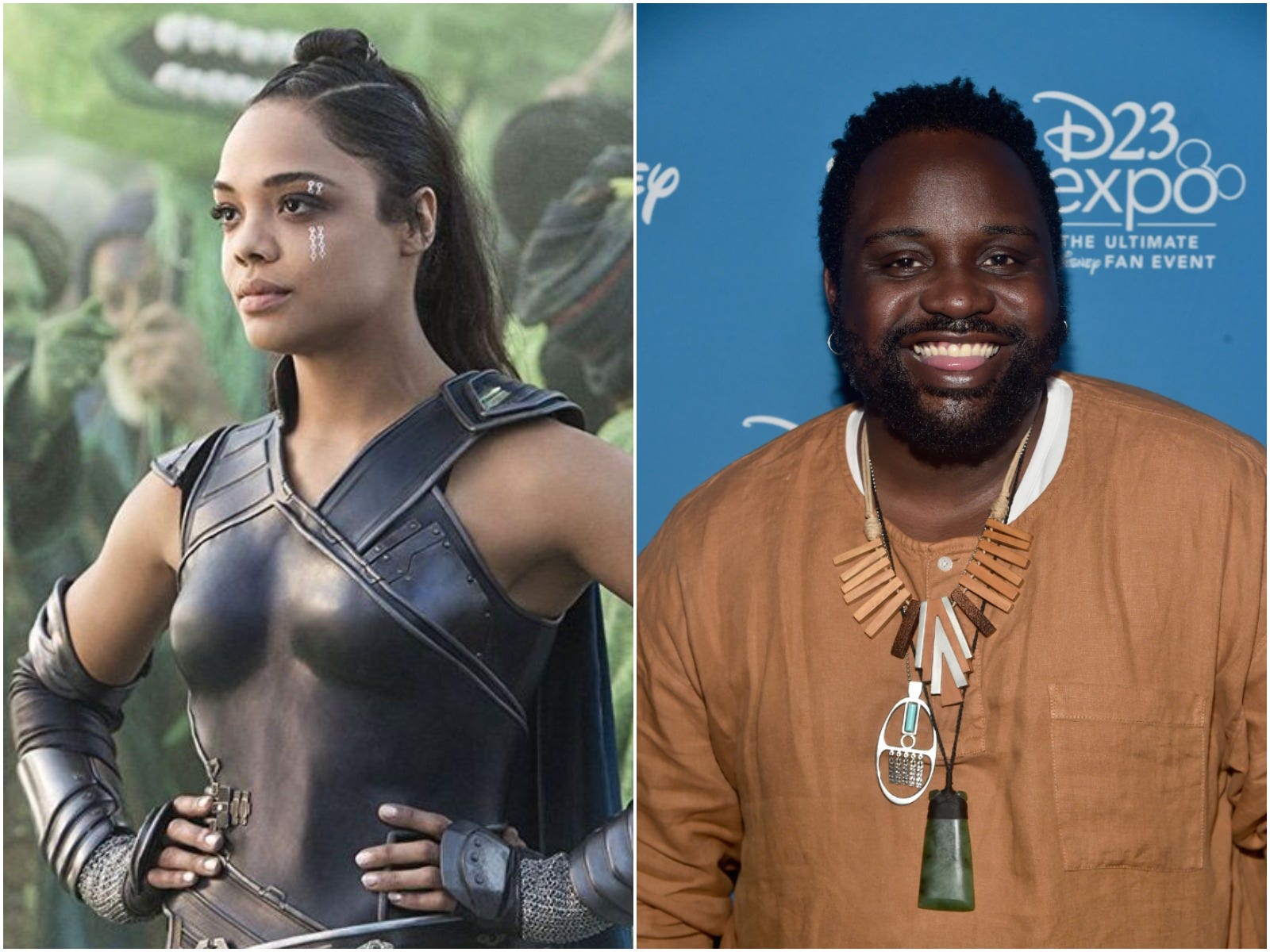 Walt Disney Studios Motion Pictures/Alberto E. Rodriguez/Getty Images for Disney)Valkryie, as played by Tessa Thompson, is reportedly bisexual, while Brian Tyree Henry will play a gay character in ‘The Eternals.’

Meanwhile, the Marvel Cinematic Universe’s upcoming movie “The Eternals” is reported to include the MCU’s first openly gay characters and couple – Brian Tyree Henry’s Phastos and Haaz Sleimen’s character, who is unnamed as of yet, will play husbands.

These are positive steps for the MCU, and bold ones. An interracial gay couple and a Black, bisexual woman are characters I’m excited to see on screens.

However, it may not be enough.

As a gay man, I am worried that once again, the LGBT characters are going to be sidekicks to the straight leading characters, a pattern that has been repeated throughout the history of mainstream cinema.

Having queer representation in Marvel movies ‘would be massive’

What this sidelining of queer characters does is essentially send the message to young LGBT kids that they aren’t worthy of leading status, and straight people come first. 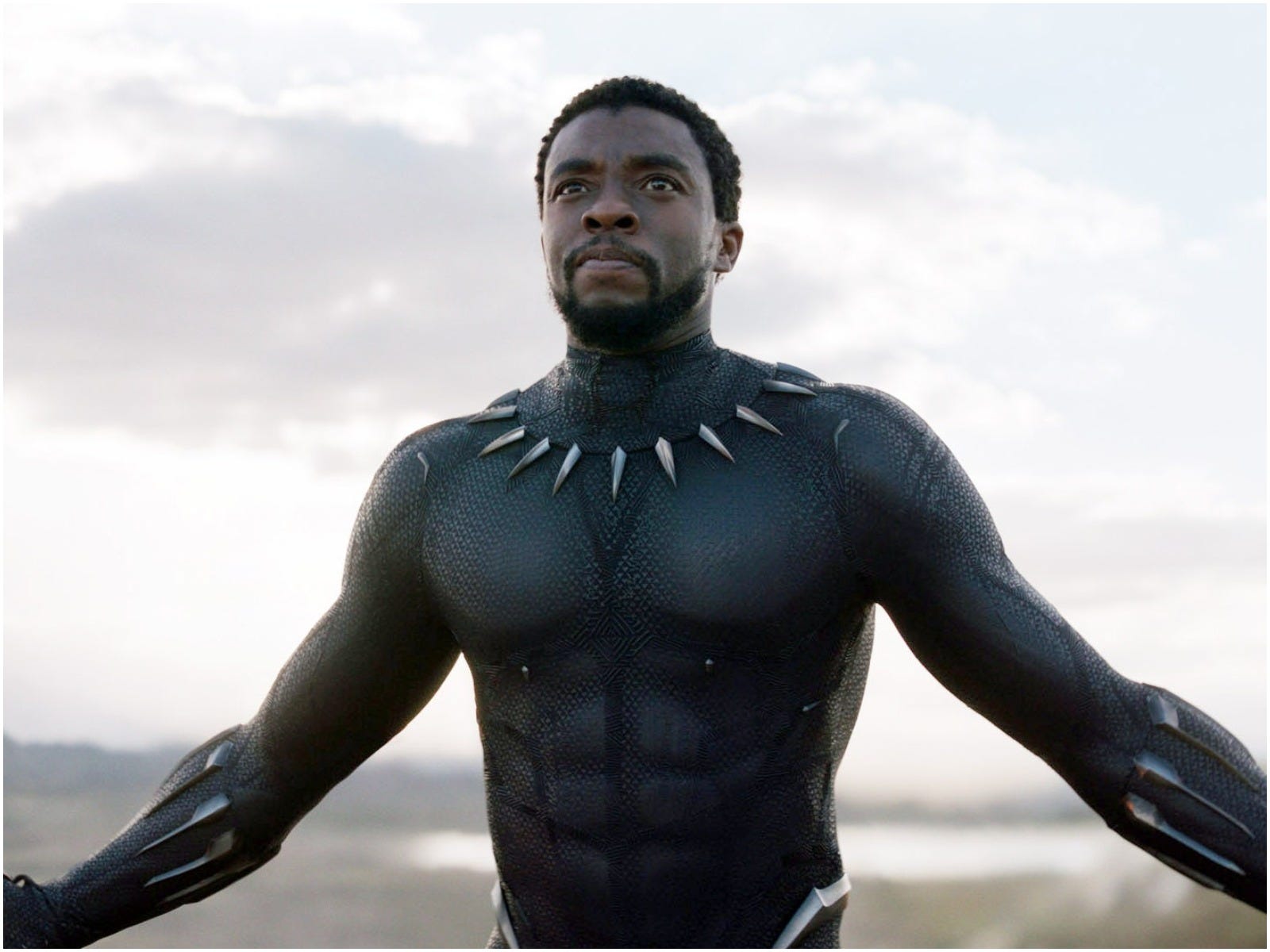 Walt Disney Studios Motion Pictures‘Black Panther’ directly dealt with ‘issues of being of African descent’ according to director Ryan Coogler.

What we need is a superhero film where the leading character is a queer one. This would let queer people know that they are important, and, as “Alex Strangelove” director Craig Johnson told Insider, “would be massive.”

“What something like that does is it just normalizes the queer identity,” Johnson said.

“It makes it part of the fabric of our world, and certainly the Marvel movies are our current myth-making movies. Superhero movies are now our legends and our myths in our contemporary culture. Having that kind of queer representation within that, where everyone goes to see them and talks about them, especially young people, would be massive.”

It wouldn’t just help queer kids, either. It would also help non-queer children view LGBT people in a much more positive and empowering light.

“There’s a continuation of that into the Marvel Cinematic Universe. But, clearly, these barriers exist to representation. Who are our gods? Who are the people we worship? Are they all white, straight men? No.”

“‘Black Panther’ showed that there are African-American and African superheroes. ‘Wonder Woman’ shows that there are female superheroes. These barriers have been broken one by one, but the queer barrier seems to be one of the last, because superhero comic culture has grown out of quite a masculine cultural place that has resisted queerness. But now it’s time, and I look forward to seeing what powers the queer superhero has.” 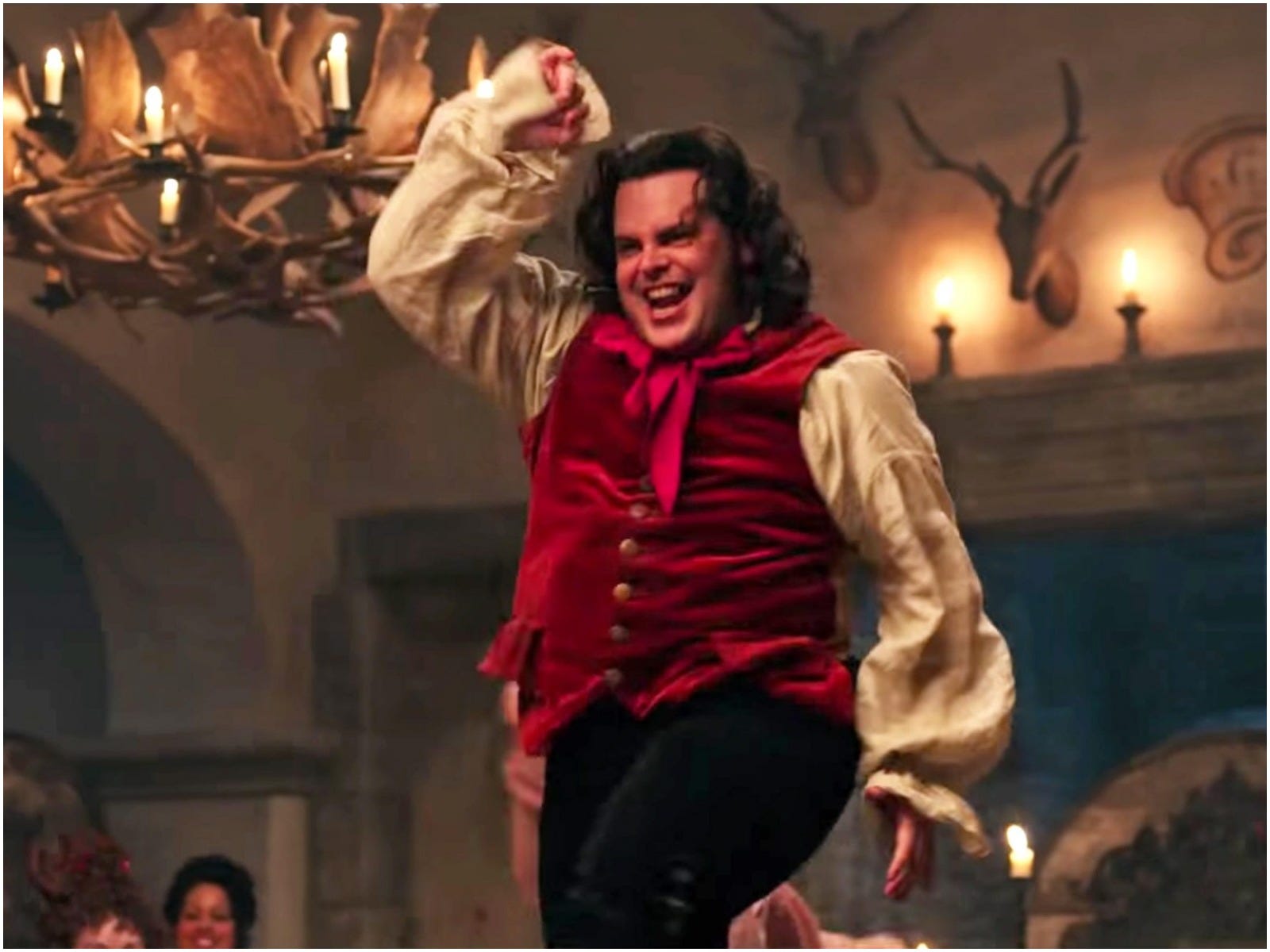 While “Black Panther” was able to deal, as director Ryan Coogler told Time, “with issues of being of African descent” head-on, there seems to be a reluctance to embrace queer issues in the same way.

Instead, LGBT representation in a lot of Disney films, which the MCU is part of, is dealt with in a cloak and dagger manner. They may pop up every now and again, but it won’t really be addressed – like Le Fou in “Beauty and the Beast” and his easily-removed-for-other-countries dancing scene.

Fantasy author Alex London spoke to me about JK Rowling’s “Harry Potter” series for a previous story, and his sentiment applies to the MCU, too: “Queer kids see that they don’t get to be part of the story, that they aren’t worthy of heroism. And then their straight peers also see that, and it sends a message to them that says: ‘Something is wrong with these people.’

“Everyone deserves to be seen as heroic and magical and worthy.”

I hope that Valkyrie and Phastos are given storylines that embrace and confront queer issues and queerness directly, but even if they are, a leading gay superhero is still needed to tell LGBT kids across the world that they can be superheroes, too.

The reaction to Feige saying that Valkyrie is bisexual is the perfect example of why better and greater LGBT representation is needed in mainstream works. Some suggested the move was Disney trying to push an “agenda” while another asked: “Can we stop pushing/forcing lgbt into movies?”

The idea that a move for representation was seen as “forcing” queer people into movies suggests there’s still an issue with how queer people are viewed in society. In reality, some screen time is finally being given to a group of people who have been short-changed by the film industry for years.

No one would ever suggest studios should “stop forcing heterosexuality into movies,” because straight is the default.

The first time I saw myself properly reflected on screen was in 2018’s “Love, Simon.”

I was 23 years old. The experience of actually seeing a character I could fully relate to, a character who was going through the same problems and situations and interactions that I’d been through, was overwhelming. 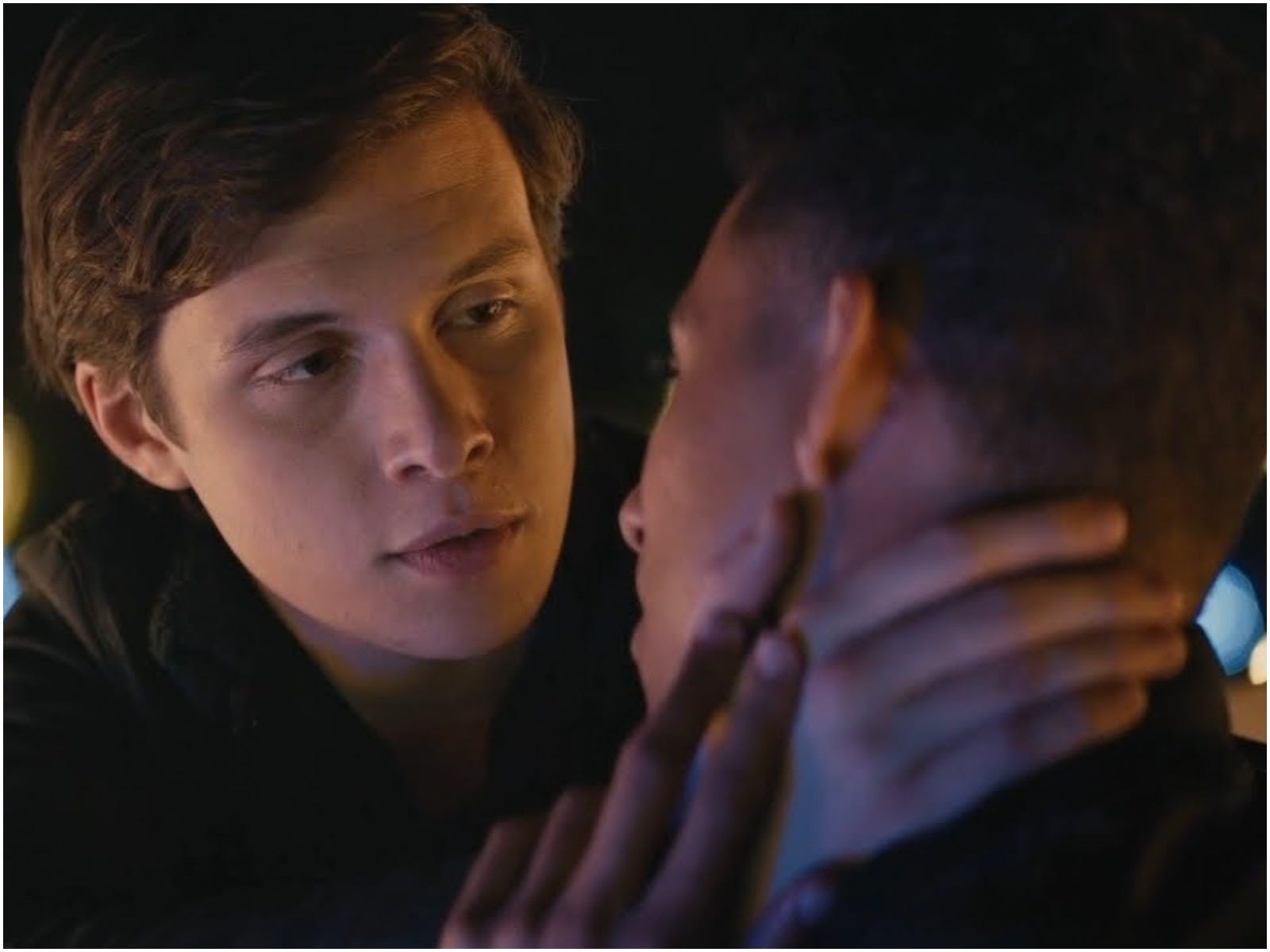 I sobbed five times in the theatre, and from the sounds of other sniffles, I knew I wasn’t the only gay person doing so. It felt so good to finally be understood and acknowledged by mainstream cinema. I often think about what I would have done to have had that film when I was a 10-year-old kid struggling with my sexuality, entrenched in fear, doubt, and anxiety.

It’s not an overstatement to say that one film could have saved me from years of repression and internalized homophobia. I probably would have come out, and been happy within myself, far sooner.

Instead, I grew up feeling alone – with society and mainstream media very much reaffirming my fears that to be queer was to be the opposite of normal.

I’m sure “Love, Simon” had the same impact on many kids around the world, but a superhero movie could do the same thing on a much larger scale.

Queer director Daniel Ribeiro, who directed “The Way He Looks,” told Insider: “I’ve always thought ‘X-Men’ was just a big queer movie, so I think everyone who is LGBT knows what they are talking about in a way. Being an X-Men is being queer. ‘X-Men’ does a great job as a metaphor of people being treated differently for being different.”

Indeed, “X2” even has a mock coming-out scene when Ice Man (who is gay in the comics) comes out as a mutant to his parents – who even ask him “have you tried not being a mutant?”

Even as a kid, I was aware that it was clever and funny, although, again, the lack of queer superheroes sent the message that LGBT characters did not belong in those positive positions as superheroes. They would riff off of queer culture, and the unfortunate things that queer people are forced to go through, like coming out, but would refuse to actually put them on screen.

As Craig Johnson pointed out to me, though, superhero movies already have a lot of queer sensibilities anyway.

“My personal favourite superhero movie is ‘Batman Returns,’ with Michelle Pfeiffer’s Catwoman. I think that is a perfect superhero movie. The dialogue sounds like it was written by drag queens. Talk about queer sensibilities,” Johnson said.

“That one actually has them. And yeah, the action is great, it’s never a joke, the whole thing is taken seriously, it’s beautifully designed. It’s so stylish.”

Superheroes and comics are always chopped and changed and given new versions of themselves. Peter Parker started off as Spider-Man, but we eventually got a Black Spider-Man in Miles Morales. The same thing happened with Captain America, who started out as Steve Rodgers and then became Sam Wilson (as seen in “Endgame.”)

Carol Danvers was the first Ms Marvel, who was followed by Kamala Khan – who became Marvel’s first Muslim character to headline their own comic book (and will appear in a Disney+ series).

Furthermore, with the X-Men and Fantastic Four, two major Marvel teams, rumoured to be joining the MCU, now is the perfect time to line up one of these leading characters as queer. They could be introduced in their own standalone film, à la Iron Man or Thor or Captain America, and then join their wider teams in the bigger movies, like the “Avengers.”

Ice Man, an X-Man, is actually gay in the comics, while fellow X-Man Northstar married his partner Jinadu in the comic’s first-ever gay wedding. The characters and groundwork are already there, only the commitment and support to the LGBT community is needed.

To see something like a gay wedding in an MCU film would be nothing short of culture-changing.

While I am excited to see Valkyrie and Phastos in “Love and Thunder” and “The Eternals,” and hope that they are given very prominent roles in their respective films, I am hesitant to get my hopes up just yet.

Disney doesn’t have an amazing track record when it comes to LGBT representation.

Aside from the aforementioned Le Fou incident, Disney has tried to make good on their promise of representation with a smattering of unnamed background characters, like in “Zooptopia” and “Onward,” while they bottled the chance of giving us queer lead characters in their other flagship franchise, “Star Wars.”

It is time, now, for Disney to be brave and wield the enormous social and cultural power that they have to show the world that LGBT people are just as worthy of being leading superheroes as straight people are.

Marvel confirms that Valkyrie is the first LGBTQ superhero in its movies, and many fans aren’t thrilled

The 9 favourite queer movies of LGBTQ and ally filmmakers, from ‘Brokeback Mountain’ to ‘Call Me By Your Name’