'It's a rare role for a woman': New 'Killing Eve' showrunner on the show's tradition of handing the series over to a new female leader each year 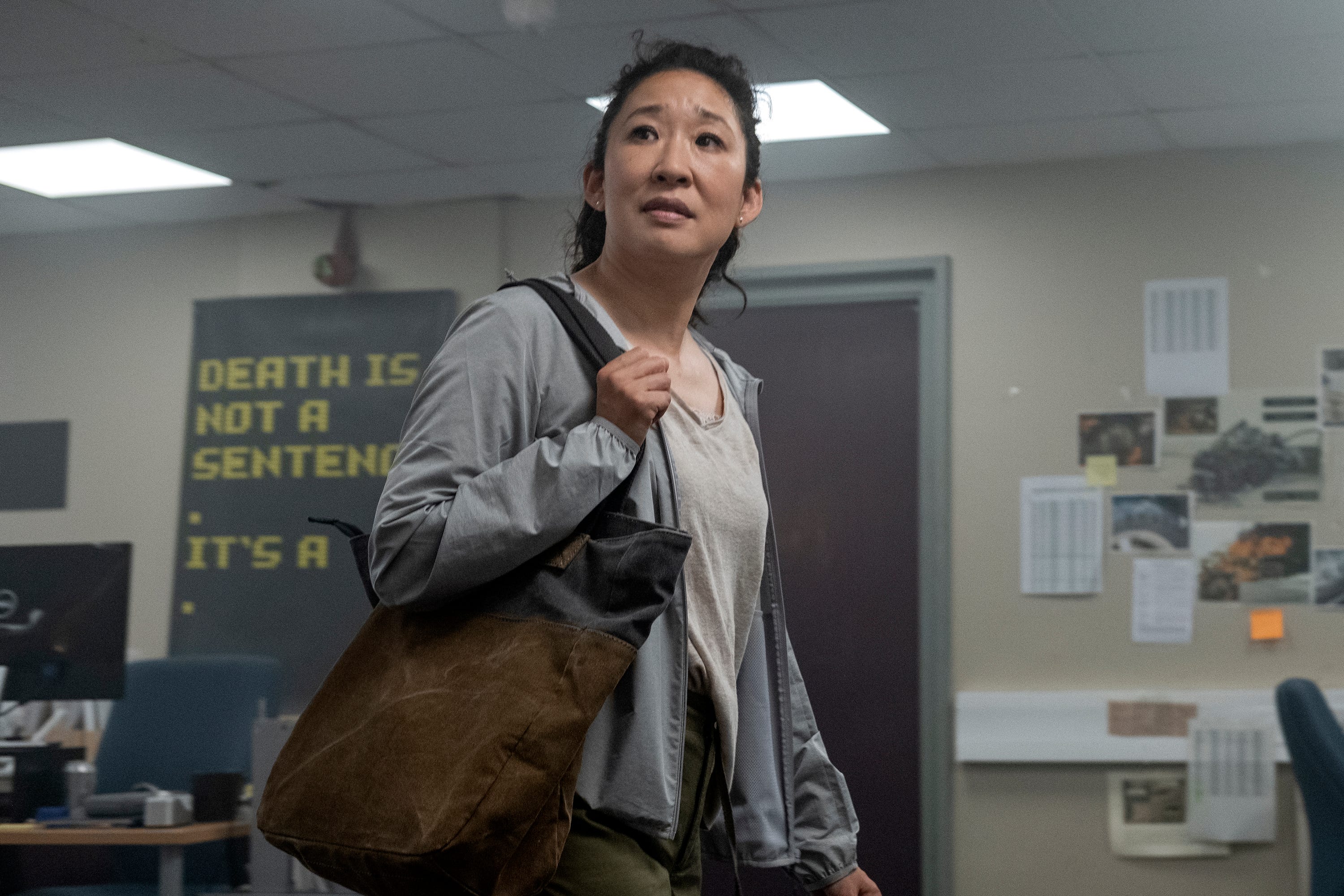 “Killing Eve” returns to TV Sunday for its third season. The Emmy-winning series starring Sandra Oh and Jodie Comer will also have its third showrunner in Suzanne Heathcote.

Each season of the BBC America spy drama passes the role of lead writer and executive producer to a new woman in order to give a voice to a female writer.

Heathcote, who has previously written for “Fear the Walking Dead,” follows in the footsteps of season two showrunner Emerald Fennell (“The Crown”) and series creator Phoebe Waller-Bridge (“Fleabag”). After Heathcote’s run on season three, “Sex Education” writer Laura Neal will take over for the show’s confirmed fourth season.

Season three will pick up with Eve (Oh) and Villanelle (Comer) months after the season two finale when Eve was left for dead in Rome. Both women attempt to move their lives forward, but inevitably will find themselves drawn back into a dangerous game of cat and mouse that has dominated the series.

“It was so exciting coming into this season,” Heathcote told Insider of what it means to take over the thriller. “I mean, it’s always going to feel like a challenge, any season three. I’ve written on season three of shows before, and everything has its own challenge. So you enter with that, but you just have to see it as an exciting challenge and how can we do new things with these characters.” 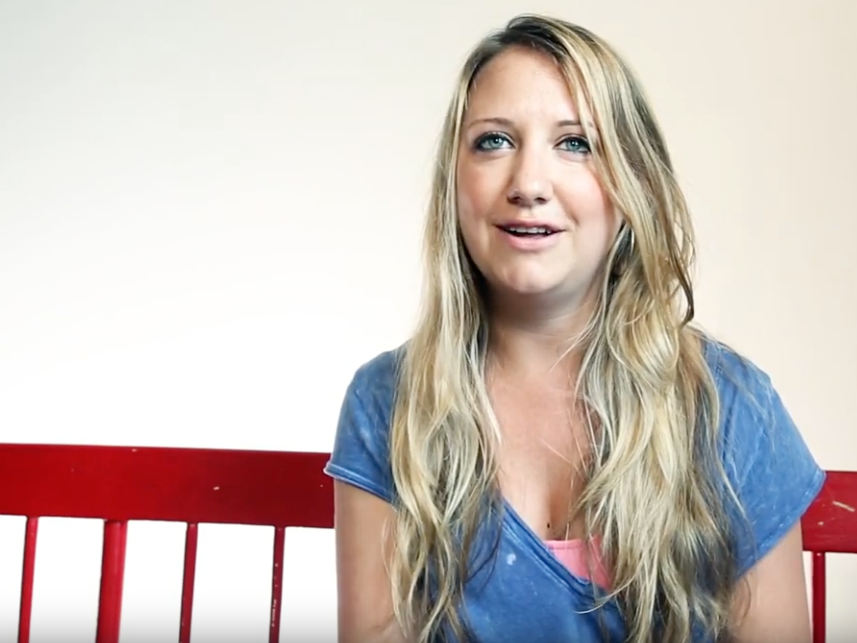 General Manager/YouTubeHeathcote started her career as a playwright.

The unique tradition of the BBC America series has created a sort of sisterhood between the showrunners.

While Fennell and Waller-Bridge’s seasons are over, Heathcote says the two still make themselves available, lending an ear to the creative process as needed.

“I was very lucky with both Phoebe and Emerald. They were both incredibly supportive,” said Heathcote. “I spoke to Phoebe a lot, and she read the scripts, and she was amazing. We just spoke the other day, actually. She’s been a fantastic resource. And Emerald was just amazing; she gave great advice.” 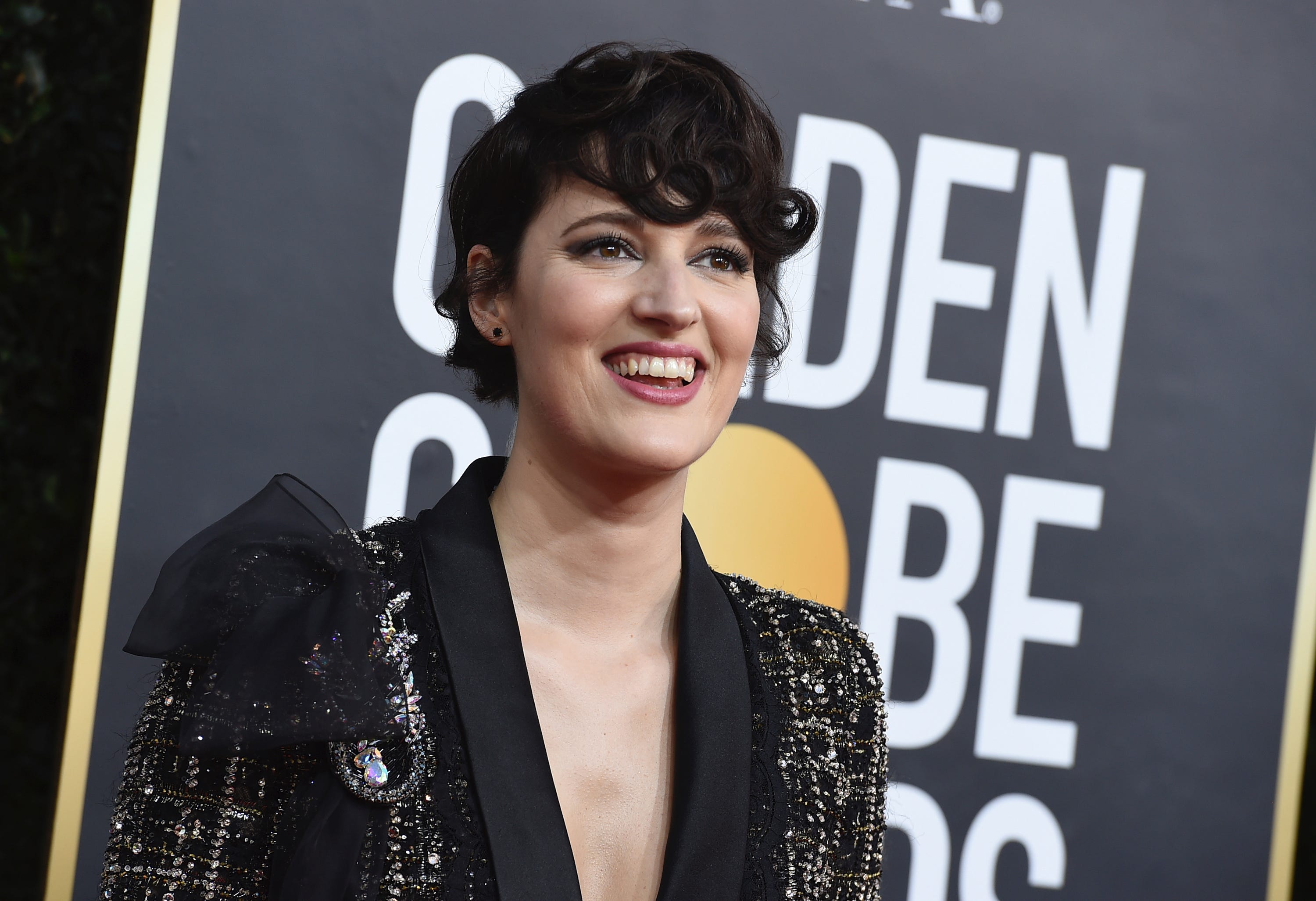 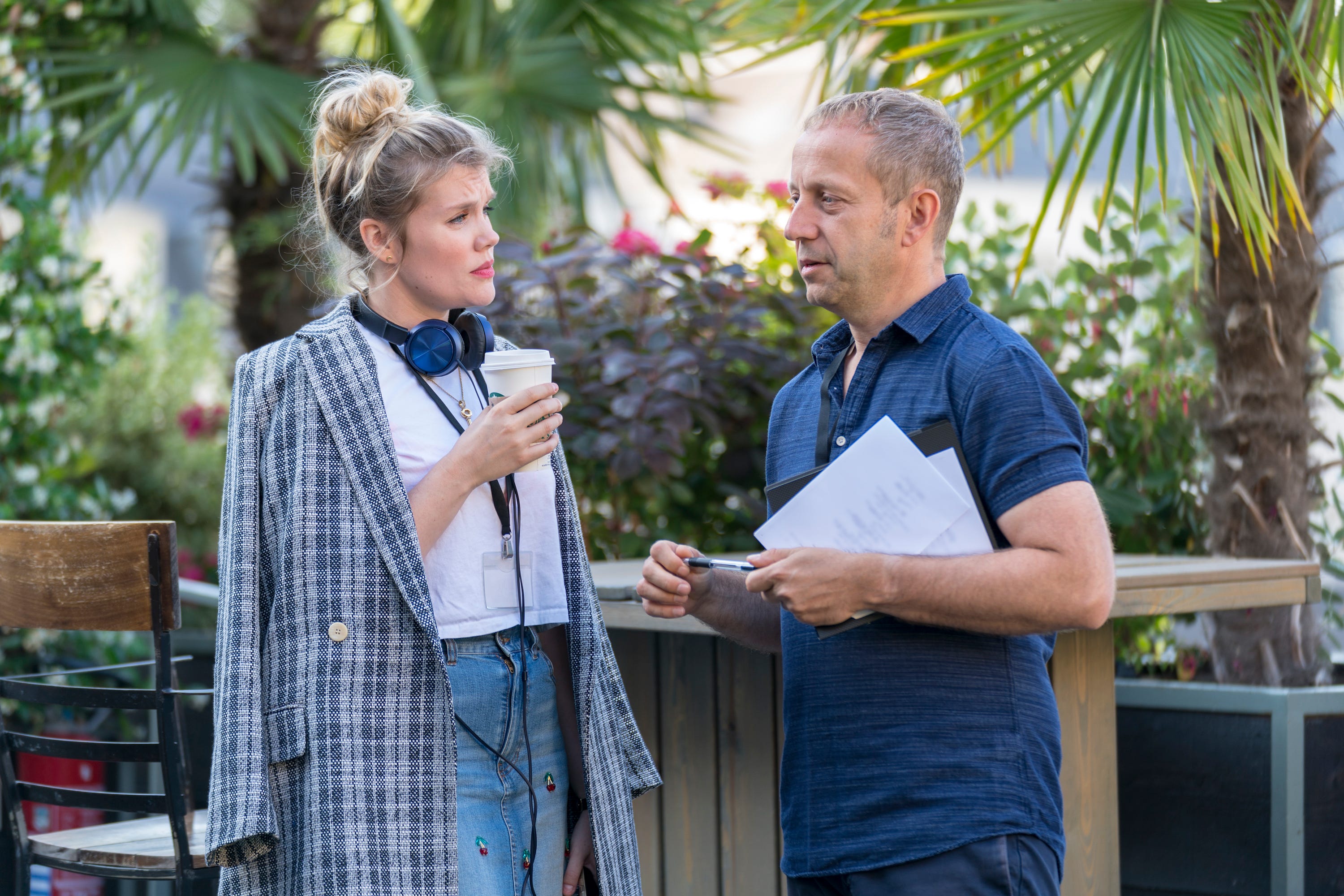 “It’s a job unlike any other that you will have had or are ever going to have again. And so to have two people who’ve already done it and kind of speak to their experience is invaluable,” Heathcote added of what it has meant to have the previous “Killing Eve” lead writers available.

While it’s not uncommon for TV series to swap out showrunners, it’s usually because of behind-the-scenes drama (see “FBI” and “BH90210“) or, in the case of long-running series, a creator may want to move onto other projects (“Superstore,” “CSI“).

“Killing Eve,” meanwhile, has made it a point to purposefully change the leadership of the series each season to highlight talent. 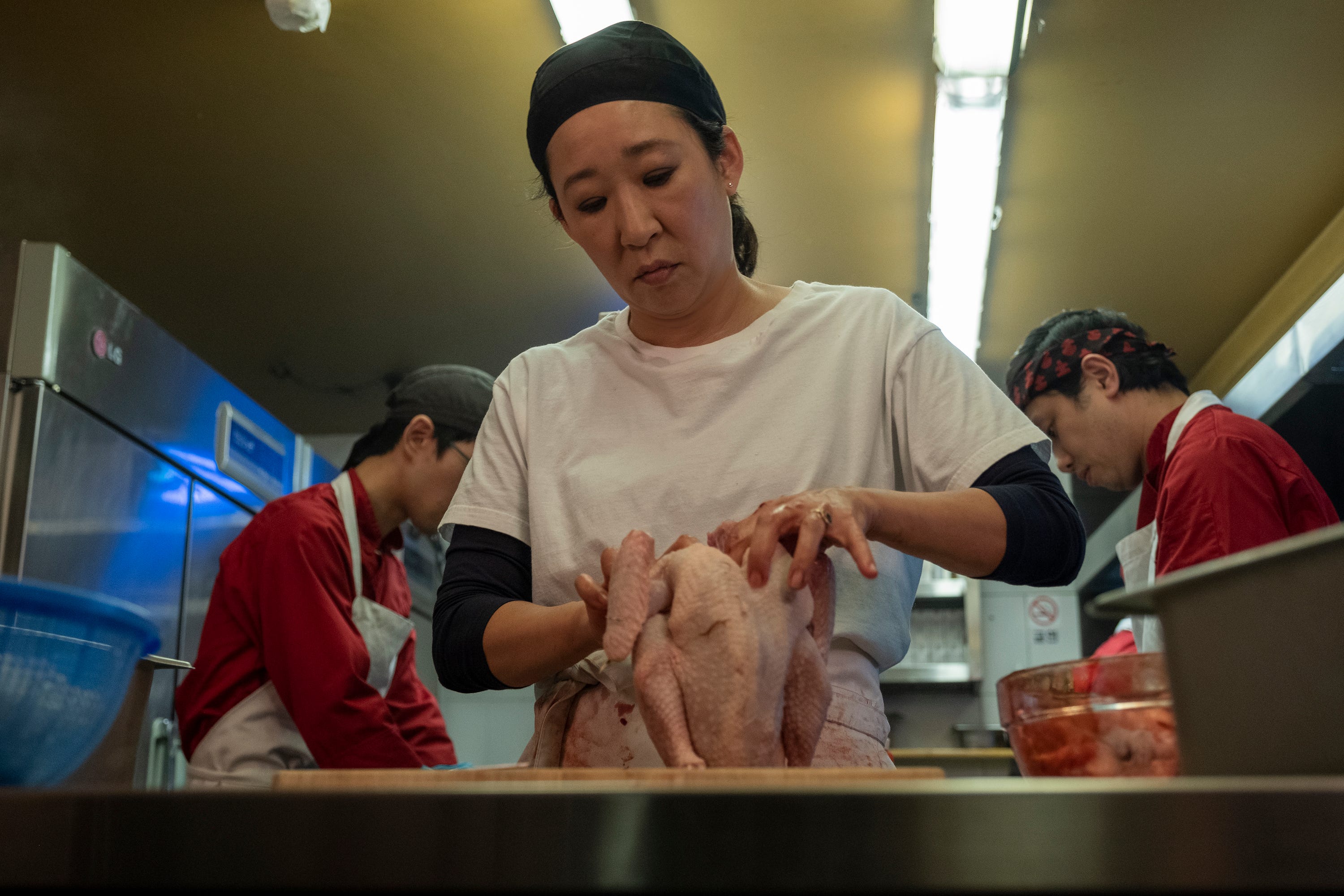 Laura Radford/BBCAEve’s lifestyle is very different when we catch up with her on the season three premiere.

The series is in a unique position not only because it changes out its lead writers, but because it only passes the baton off to other female writers.

Yes, there are shows, past and present, led by female showrunners. The list includes “Gilmore Girls,” “Jessica Jones,” “Fresh Off the Boat,” “Orange is the New Black,” “Grey’s Anatomy,” “Crazy Ex-Girlfriend,” “Transparent,” and the past two seasons of “The Walking Dead.”

But the role of showrunner is one that’s still predominately filled by men in Hollywood. 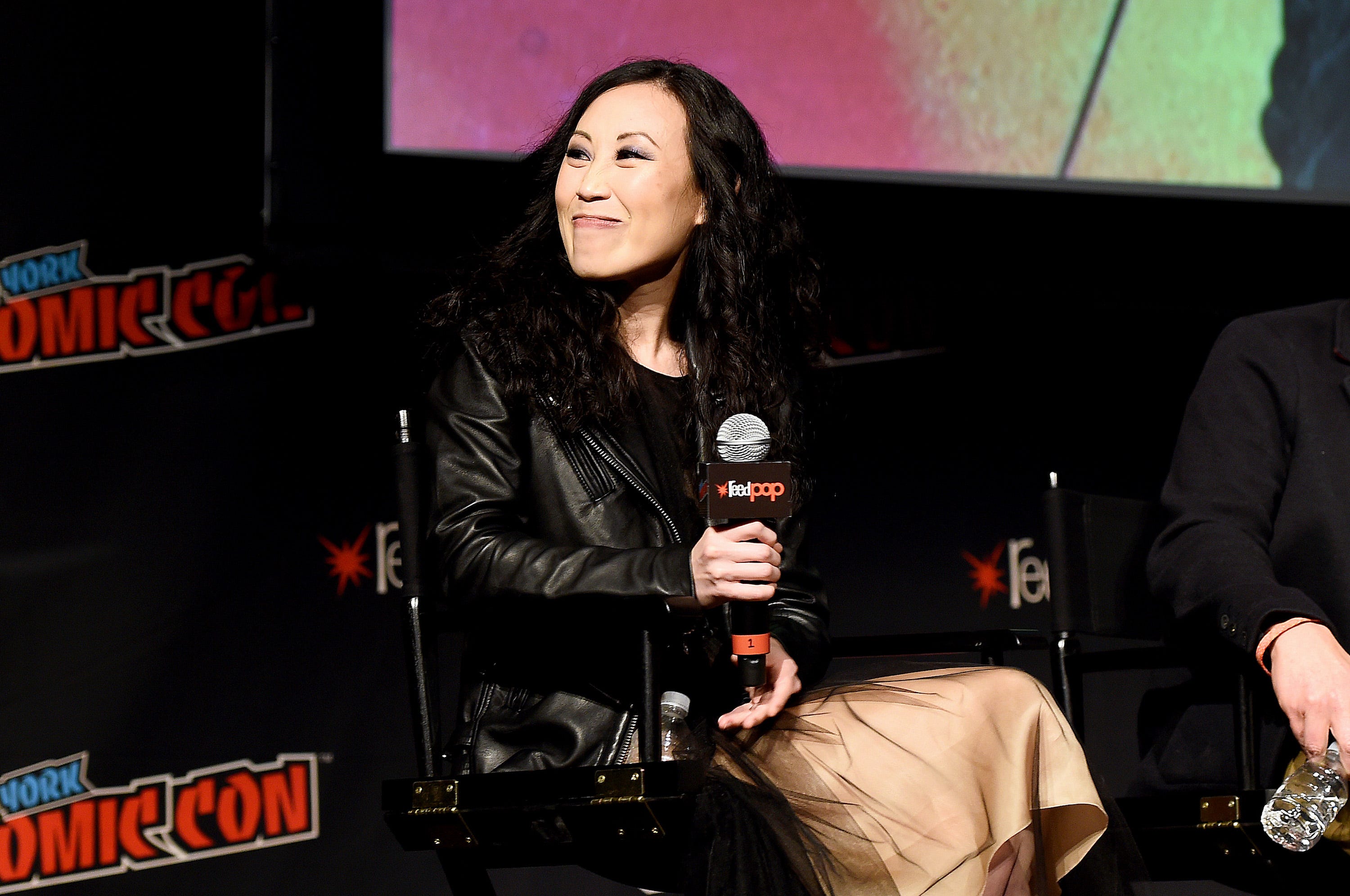 Ilya S. Savenok/Getty Images for ReedPOPAngela Kang took over AMC’s ‘The Walking Dead’ at a critical point on season nine and has helped make it a beloved series among fans again late into its run on television. It’s still one of the biggest shows on cable TV.

The number has increased slowly over the past few years.

Women represented 31% of the individuals working in a key behind-the-scenes position on TV in 2018-2019, according to a September 2019 report from the Centre for the Study of Women in Television and Film on women on screen and behind the scenes in TV. 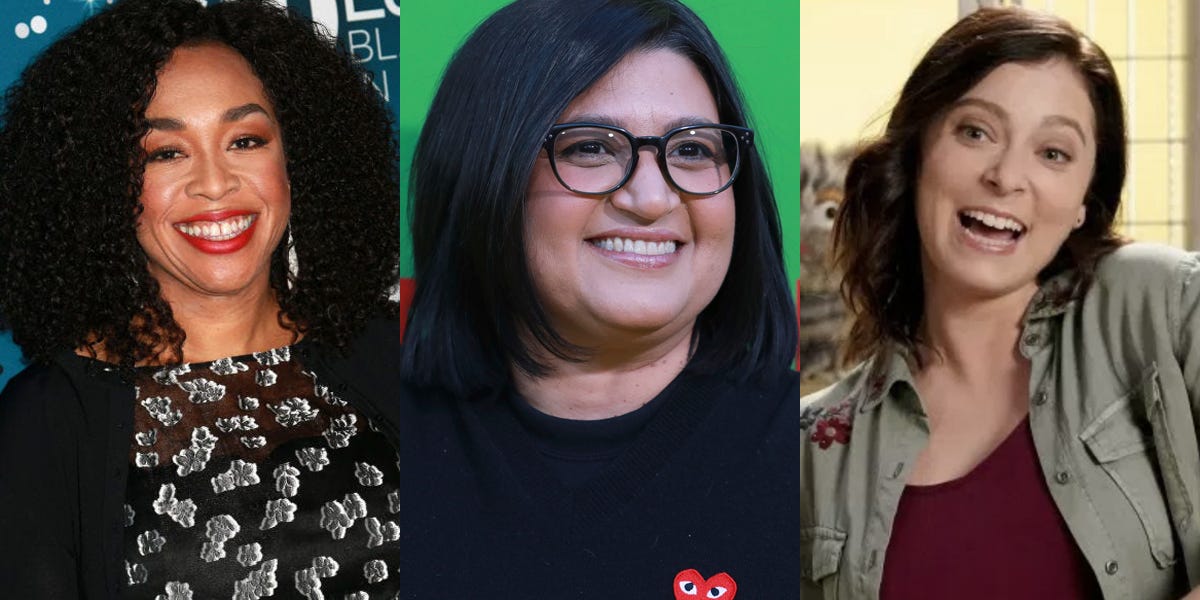 Getty Images/Leon Bennett, Mark Von Holden/Invision/AP, The CWShonda Rhimes has been responsible for ABC favourites like ‘HTGAWM’ and ‘Grey’s Anatomy.’ Nahnatchka Khan oversaw the network’s comedy ‘Fresh Off the Boat,’ and Rachel Bloom starred in and led the CW’s cult hit ‘Crazy Ex-Girlfriend.’

These positions include director, creator, writer, executive producer, producer, editor, and director of photography. In the same time frame, women accounted for 25% of all TV creators, up from 22% in the 2014 to 2015 television year.

“It’s given an opportunity, an incredible opportunity, to so many different women and women who are… we’ve all been sort of at similar stages in our careers really,” Heathcote said when asked what she thinks of the unique tradition of the “Killing Eve” team.

“It’s such an incredible opportunity to be given. And I just actually think it’s amazing that so many of us have just had the chance given to us, really,” Heathcote continued. “It’s a rare role for a woman. Especially five years ago, there weren’t that many women showrunning, period, or having any kind of lead writing experience. So, to have one show give so many women that experience, I think, is amazing.”

Season three of “Killing Eve” premieres Sunday at 9 p.m. simultaneously on both AMC and BBC America.