Here's how Nordstrom Rack keeps its prices so low 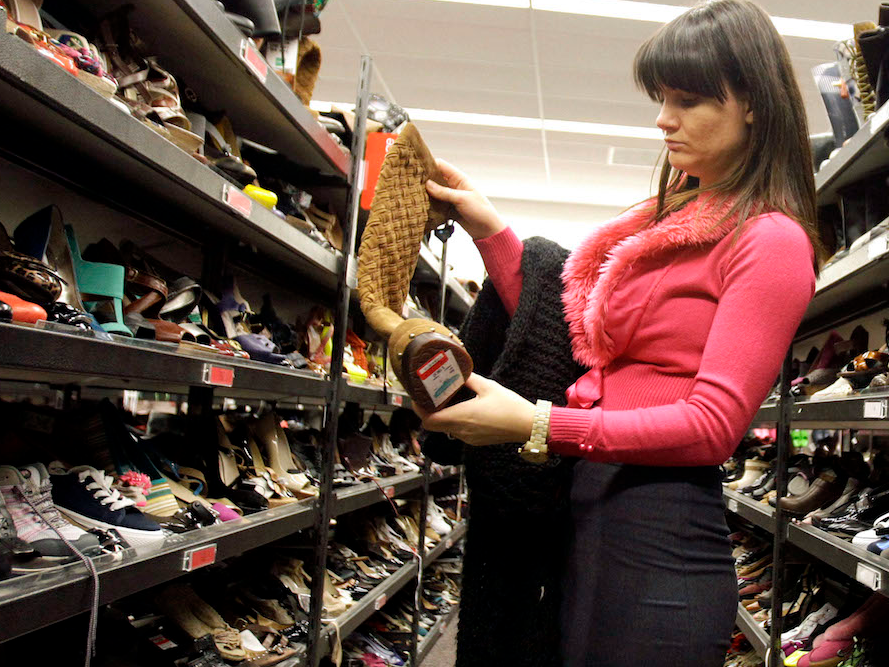 Since its humble beginnings in 1973 as a clearance centre in the basement of a Seattle store, Nordstrom Rack has flourished into a go-to destination for discounted designer goods.

Nearly 50 years later, Nordstrom Rack has nearly 250 total stores and serves as an integral piece of the Nordstrom business. In December, Nordstrom reported that its off-price companies – which also includes the e-commerce company, HauteLook – posted positive sales and increasing inventory turns for the eighth consecutive quarter. In the third quarter of 2019, off-price net sales grew by 1.2% while full-price declined by 4.1%.

Discount retailers have been popular for decades, but they especially resonated with shoppers in the wake of the recession and continued to grow in subsequent years. Today traditional retailers are leaning on these models more than ever, and Nordstrom isn’t alone in finding solace in the world of off-price: Macy’s recently announced plans to expand Macy’s Backstage in response to growing demand for discounts.

While Nordstrom Rack sources a significant amount of its inventory from overstock at its full-price store, it also produces some low-cost yet stylish items exclusively for the store.

Here’s a closer look at how Nordstrom Rack keeps its prices so low:

Nordstrom Rack is an off-price retailer, meaning it sells similar products as its full-price counterpart, but at a significant discount. 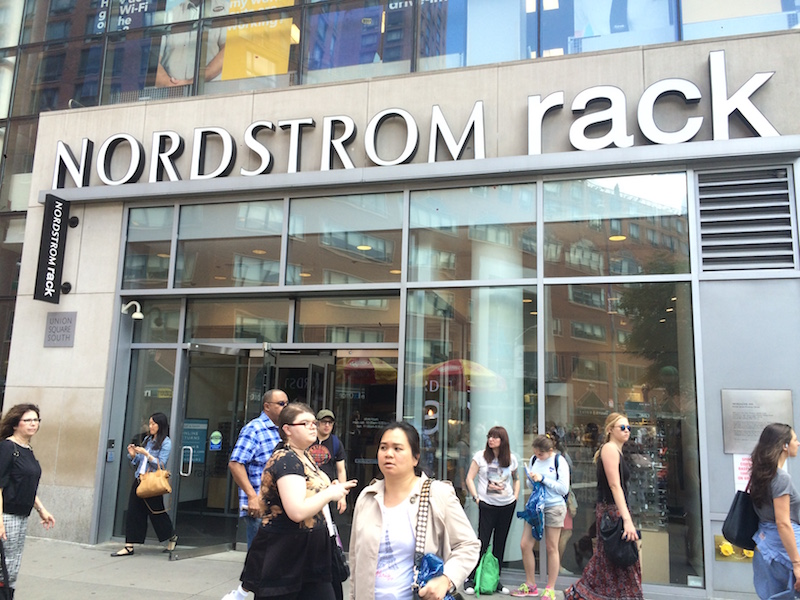 Nordstrom Rack adds new styles each week, so inventory is constantly changing, and discounts are continuously deepening to make room for new items. The average discount ranges from 30-70% off original prices … … and a vast majority of the designer items hail from former seasons, allowing for even higher discounts. 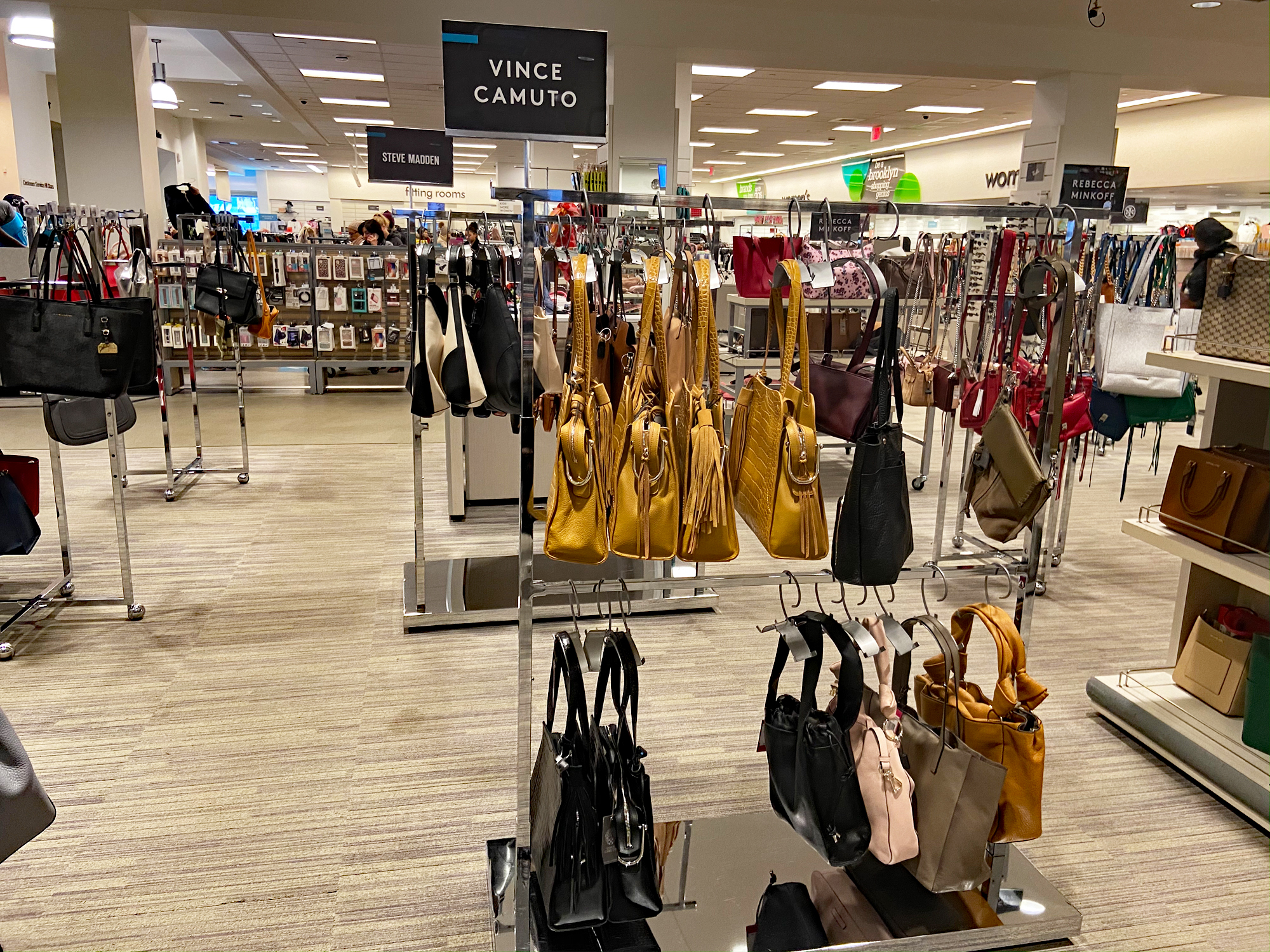 Shoppers can score the best bargains as part of “Clear the Rack” sales, which typically happen once a month and tack on an additional 25% off the lowest marked prices. 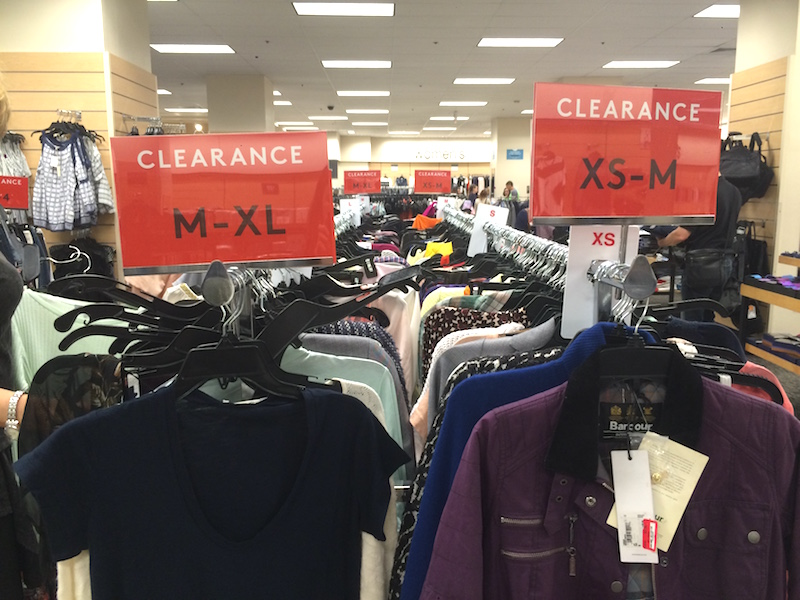 Like its full-price store, Nordstrom Rack offers competitor price-matching, so if a customer spots the same product at a cheaper price at a retailer like Saks Off Fifth, an employee will adjust the price before completing a purchase. 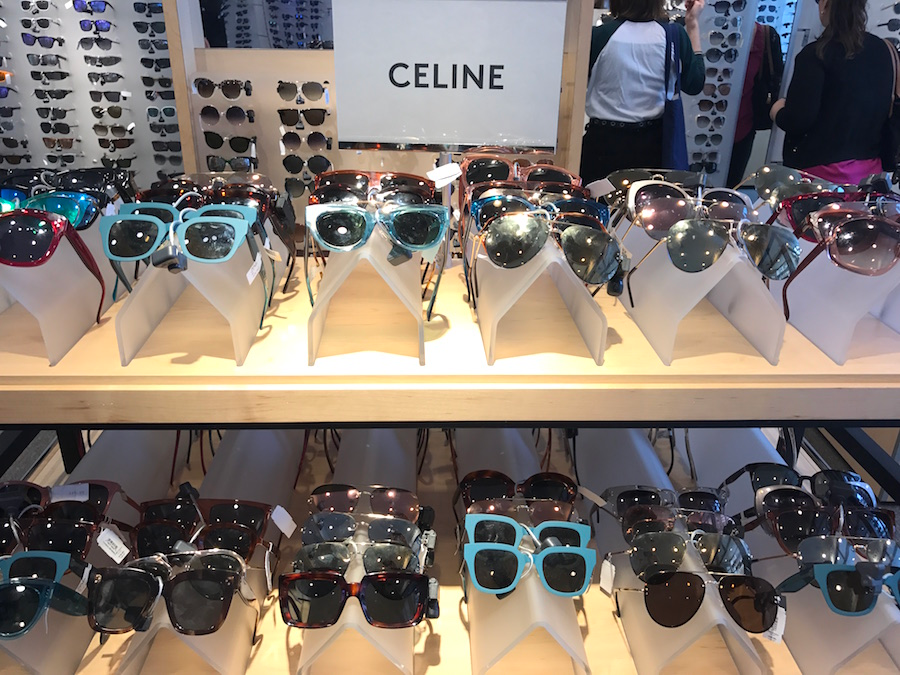 However, this policy only applies before purchases are made, and Nordstrom Rack will not retroactively reimburse price differences.

Designer items with the original paper tag from the brand and a red Nordstrom Rack sticker over the top indicate items that were taken directly from the full-price department store. 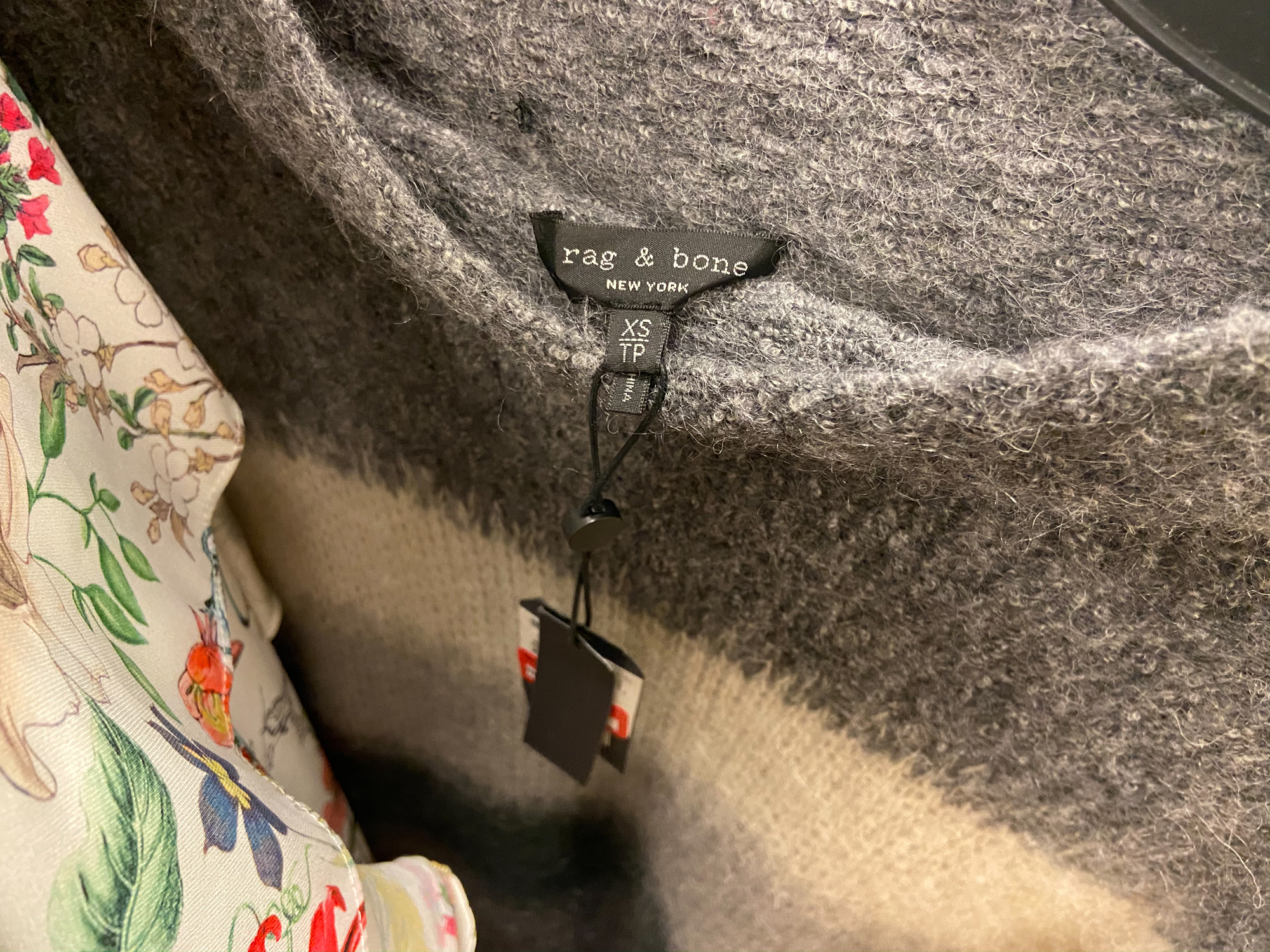 Plain white Nordstrom Rack tags are typically reserved for items that were produced exclusively for the store, but don’t be duped by the “Compare At” value. 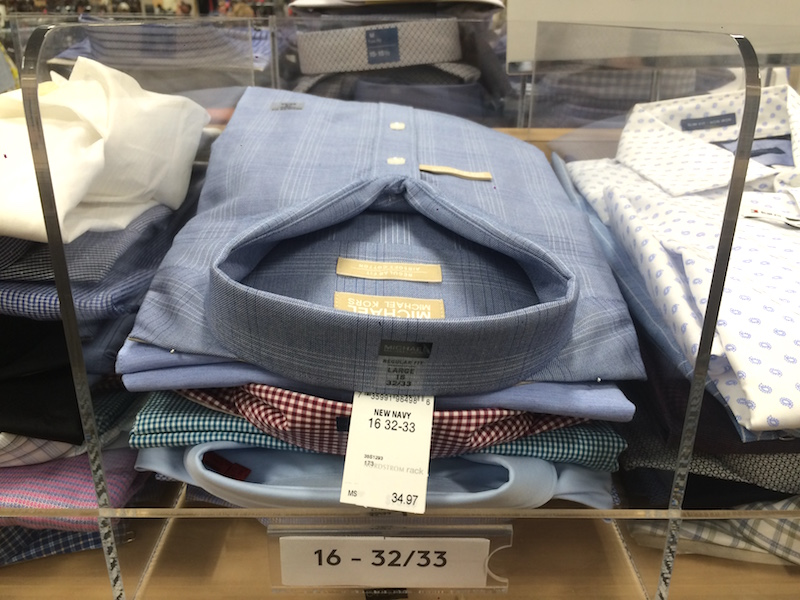 According to the Nordstrom Rack website, these values can be pulled from a variety of sources, including from the price of similar items from a different store or vendor.

“This Comparable Value and corresponding percentage are based on what the item, or a similar item, was originally offered for at department stores and boutiques, which may have been reported to us by the manufacturer,” the site reads. 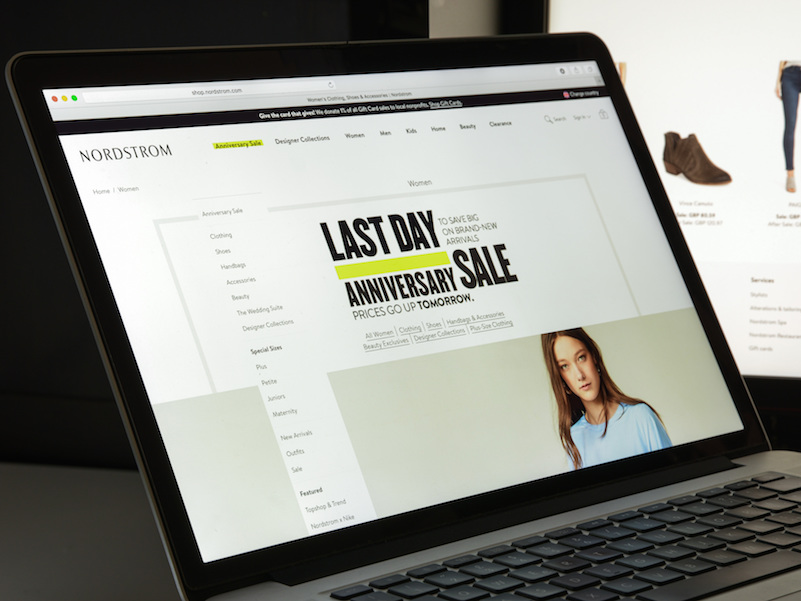 Nordstrom offers a “dual-tab shopping experience” that allows shoppers to use a shared account, cart, and checkout on either site. This can ultimately help cut delivery fees and make shipments more efficient for consumers.

Nordstrom Rack is especially ideal for finding deals on US-based designers, including Free People, Eileen Fisher, and 7 For All Mankind. 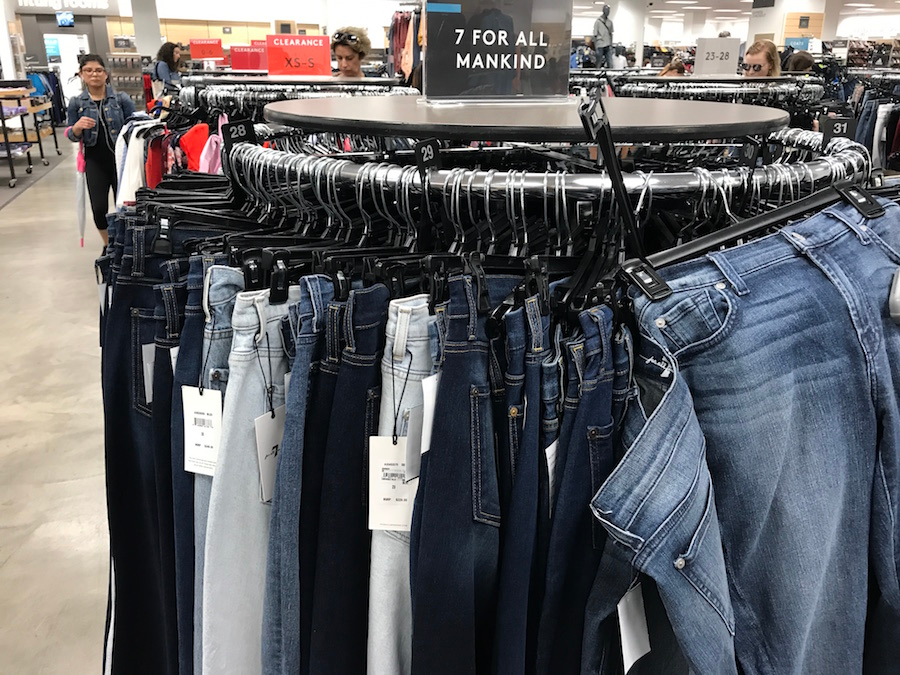 According to Clark.com, Nordstrom has long been especially devoted to domestic designers and sourcing in the US when possible.