How Germany's model of slow, steady growth is helping it outperform countries like the US and emerge as a new democratic leader 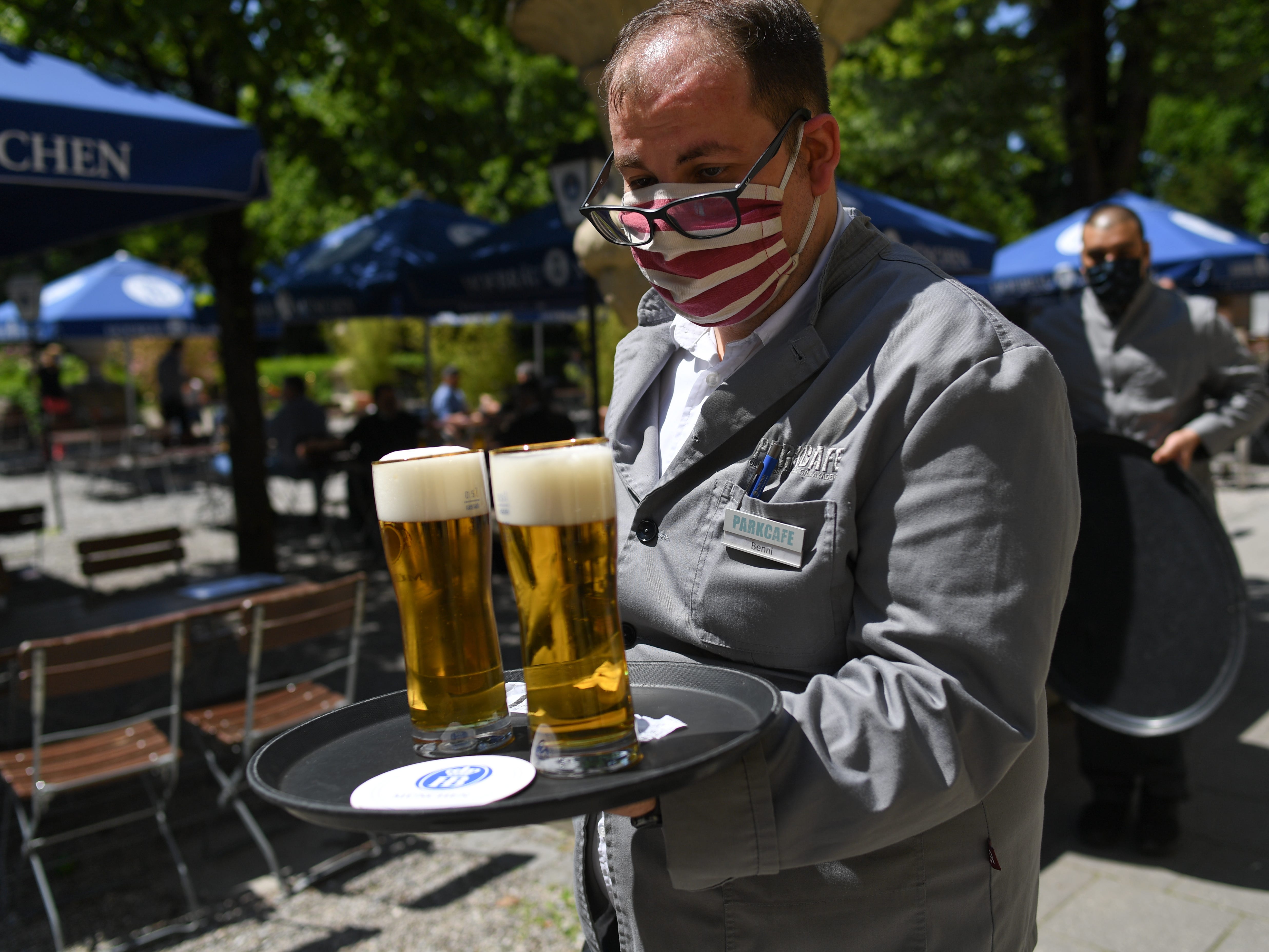 ReutersA waiter serves beer in Munich, Germany, in May 2020 amid the COVID-19 pandemic.

Thirty years on from reunification, the world still doesn’t quite seem to know what it wants of Germany. When its economy struggles, as it did in the mid-1980s and mid-1990s, it is derided as the “sick man of Europe,” over-regulated and old-fashioned. When German companies corner global markets, they are denounced as aggressive. We don’t want Germany to throw its weight around the world, yet we do want it to pull its weight.

Perhaps, just perhaps, I am beginning to wonder whether the tide might be turning. The trigger, if not cause, for a reassessment of Germany has been the COVID-19 pandemic. In many countries, not least my own, the UK, almost every media interview with a government minister contains the question: “But why can’t we do it more like the Germans?”

The measure of a country â€” or an institution or individual for that matter â€” is not the difficulties it faces, but how it surmounts them.

On that test, modern-day Germany is a country to be envied. It has developed a maturity that few others can match.

Post-war Germany has long been known for its political stability and economic prowess. Less lauded perhaps has been its emphasis on social cohesion. This has enabled the country to find its way through a series of challenges â€” unification, the financial crash, the refugee crisis of 2015, and now the pandemic.

Germany did not go down the “get rich quick” route of the US or other countries like the UK.

It managed to create wealth, while having a strong social safety net. It realised long before others that countries cannot be successful if regional imbalances are not tackled. Germany has had its longest uninterrupted run of growth for half a century, with the highest levels of employment since reunification and surging tax receipts. It has run surpluses since 2014 and paid down large amounts of debt, while still increasing spending and (prior to COVID) ensuring near full employment. For all its anxieties, the country continues to outperform its rivals.

When I started writing my book “Why the Germans Do It Better” in 2018, I saw its title as deliberately provocative. Some, even now, bridle at its inference. To my shock, the book seems to have struck a chord, suggesting a thirst to better understand what it is that works so well in Germany â€” and what doesn’t.

Any assessment of modern-day Germany begins with Angela Merkel, the ultimate crisis manager. Taking over the country halfway through the reunification story, she is inevitably associated with its successes and failures.

Yes, some Westerners were arrogant. A number of state-owned companies were closed down when they might have survived â€” with a little support. Women’s rights, which were stronger in the East, were not incorporated into the unified country. Perhaps the single biggest mistake was the failure to promote East Germans into senior positions.

Yet it is more instructive to look at the positives: I defy anyone to name any other nation that could have absorbed 17 million compatriots with so little trauma?

Another anniversary was marked a few weeks ago with equally mixed emotions: In 2015, Germany allowed in one million of the world’s most destitute. In the first few months, just over half the population over the age of 16 got involved in one way or another to help the refugees.

The influx provided fuel to the far-right AfD, the Alternative for Germany political party, and its politics of grievance, racism and populism. But as the Chancellor pointed out: What was she, a German, supposed to do? Build camps? Merkel took a big risk. She did so because she was convinced it was the right thing to do.

Her time is soon up. Germany will have to get used to its first new leader in a generation. The change will go far beyond personnel. The country is already feeling the strain of past certainties removed.

Now, as democracy is undermined from its heart by an out-of-control American president, a powerful China, and a vengeful Russia, one country â€” Germany â€” stands as a bulwark for decency and stability.

The irony is that the one partner in Europe Germany has probably most aligned with is Britain. As a result, the pain surrounding the UK’s departure from the EU is real, but Germany has already moved on.

At a British-German dinner in Berlin in 2019, the justice minister at the time, Katarina Barley, gave this painful prediction: “Even if we agree with you in the future, we will always be more distant, because family comes first â€” and you are no longer family.”

Germany’s post-war identity is tied up with its membership of the European Union. But it needs more than that. It needs someone to defend liberal democracy, now that the American comfort blanket has gone.

The prospect of a second term Trump administration instills terror into the minds of German policy makers. He has vented a particular loathing for Merkel and Germany, based in envy of her impulse control and studied indifference to his visceral vulgarity.

As Thomas Bagger, foreign-policy adviser to President Frank-Walter Steinmeier puts it: “The Trump challenge goes much deeper than just policy disagreements,” Bagger said. “His approach pulls the rug from under the feet of German foreign-policy thinking. Germany has lost its moorings.” He then offers something that stays with me: “Our problem is that we expect everyone to learn the same lessons as we do.”

But even if Joe Biden wins, America will remain a tough partner, and America’s gradual withdrawal from Europe will continue.

This is the moment for Germany to step up, to show itself for what it is â€” a political example for the world. It cannot act alone. Thirty years ago, as the Wall fell and Germany unified, it felt there was no stopping the democratic wave. Now the Western world needs Germany more than it, or Germans, dare to admit.

Most Germans, let alone foreigners, see only dark times ahead for their country. What gives me cause for hope is their self-questioning, their almost morbid re-stoking of memory. Germans cannot bring themselves to praise their country. This refusal to see good is hardwired.

And yet, particularly when compared with the alternatives on offer in Europe and beyond, they have much to be proud of. As the American commentator George Will wrote early in 2019: “Today’s Germany is the best Germany the world has seen.” Other countries would be wise to learn from it.

John Kampfner is author of “Why the Germans Do It Better; Notes from a Grown-Up Country,” published in the UK by Atlantic and in 2021 in Germany by Rohwolt